Dirk Van Damme, Head of the Innovation and Measuring Progress Division at the OECD and Ghent University alumnus professor helped to formulate it. Now, although still behind it in principle, he is taking a critical look at its drawbacks. Ghent University professor Piet Van Avermaet, Director of the Steunpunt Diversiteit en Leren (Learning and Diversity Support Centre) defends the choices made, despite the disappointing outcomes.

Dirk Van Damme: “According to the figures from the OECD’s PISA (Programme on International Student Assessment) study, Flemish education scores pretty badly in terms of equal opportunities. This is a serious concern, and means we also have to ask ourselves whether we made the right choices at the time.”

Piet Van Avermaet: “I still support a number of these choices today: an equal opportunities policy is crucial as far as I’m concerned. Even though it might not have achieved the desired results everywhere, I think this is more to do with the insufficiently enforced implementation of the policy as it was drawn up at the time. We have perhaps underestimated how set in stone the traditional foundations (which I call the “grammar”) of education are, and how this often stands in the way of change.

What often strikes me is how frequently the debates on the subject lack nuance. For example, equal opportunities are too often confused with all things being equal, but these things are not entirely the same. Everyone is born with different talents: we don’t all easily learn languages and we don’t all have the same technical skills. But that doesn’t matter. An equal opportunities policy must focus more on opportunities, and less on everything being equal.” 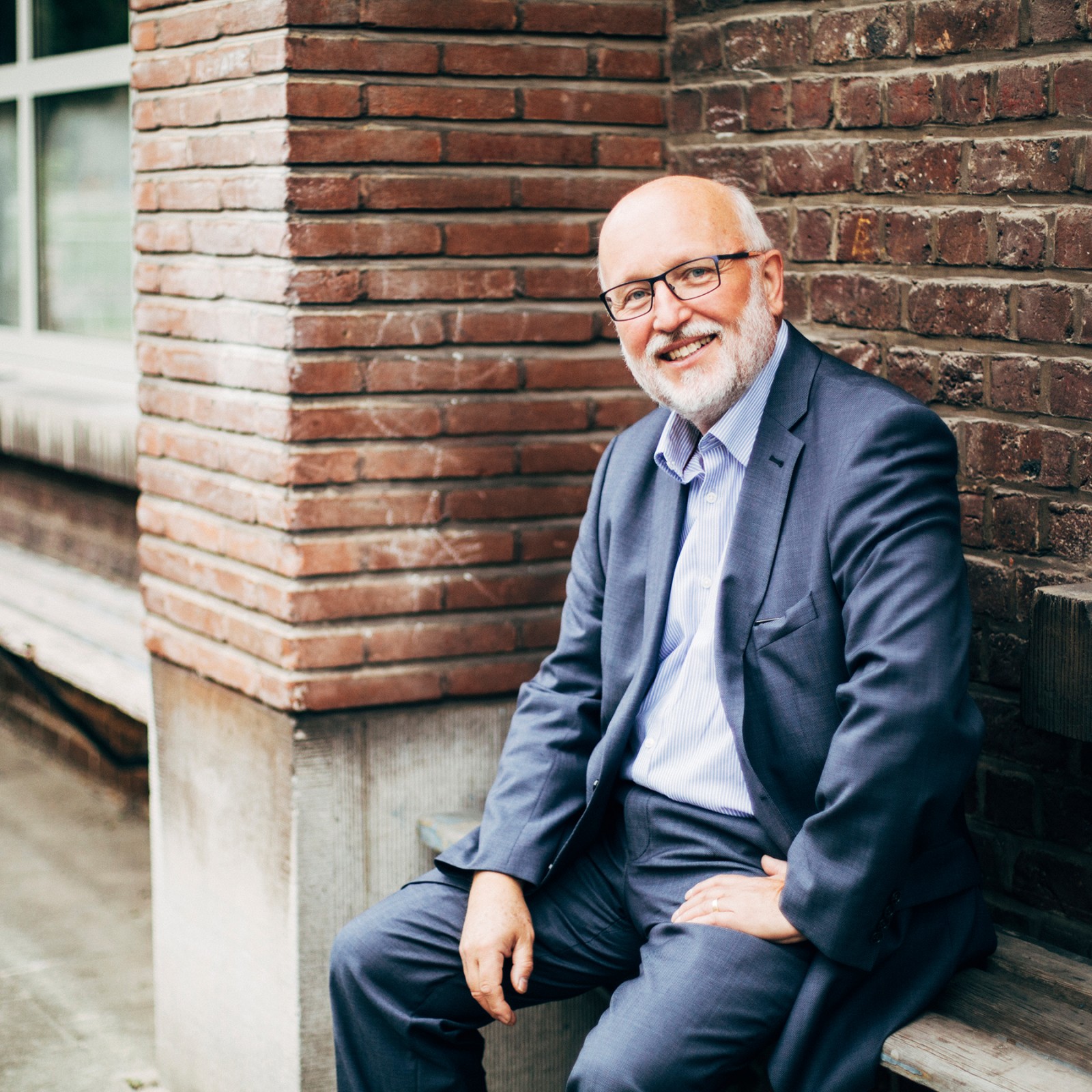 “The problem is of course that we measure equal opportunities through equal outcomes: the extent to which students get the same results.”
Dirk Van Damme
67-33

How can schools tackle this?

Dirk Van Damme: “It isn’t really clear right now what an effective equal opportunities policy should look like. Even in other countries we don’t see many appealing alternatives. However, a couple of years ago, Flanders was setting an example internationally. So we’re definitely not completely lagging behind.”

Piet Van Avermaet: “Choosing a study path later on would create more equal opportunities, I think. Research shows that parents with a higher level of education usually make the choice of a study path for their child in their fifth year of school. Parents who are less privileged tend to wait until the end of the sixth year, and allow themselves to be guided by the school. That doesn’t produce good results: often teachers’ advice is less ambitious compared to what the child might be capable of. Why? Because they fear that the child will get less support in secondary education, and that this will negatively impact their wellbeing.”

Dirk Van Damme: “I'm completely against a broader first year [of secondary school], however. Admittedly, what you say is true. We see dramatic situations in the transition from primary to secondary education. But you don’t promote equal opportunities by postponing the selection process and artificially holding pupils back. Besides, we're now seeing that there is already a lot going wrong in primary schools in terms of equal opportunities. In my understanding, this happens subtly, through conscious or unconscious prejudices, interactions, expectations etc. Perhaps we would be better off thinking about another educational approach for pupils and students from underprivileged backgrounds.”

How can schools tackle this?

Piet Van Avermaet: “Schools need to play a more compensatory role in this respect. These days, schools think too much along the lines of middle-class parents. But how do you reach underprivileged parents? This is about making school and study choices, but also how you communicate during parent-teacher meetings.”

Dirk Van Damme: “The problem here is that there are many failings in transforming good intentions into specific initiatives. A lot of the time, teachers think they are giving equal opportunities by being softer with underprivileged students. But I find positive discrimination as perverse as underestimating pupils. I think that is what's led to a drop in educational levels.”

Piet Van Avermaet: “I agree, but with a caveat. I'm convinced that nobody ever had the intention of setting the bar lower. Nobody has at any time wanted to interpret the policy texts, communications with schools or the training and coaching we set up for teachers in this way. I believe that the problem lies more in the way in which we view education. We pigeonhole pupils too quickly, which immediately has an impact on expectations. We're too quick to make a distinction between stronger and weaker learners, sending us into a spiral of self-fulfilling prophecies.”

Dirk Van Damme: “That selection mindset is deeply ingrained in our educational system. From the very outset, we separate in terms of academic ability. The brainiest pupils get sent to [academically oriented] secondary education, and the rest towards technical pathways. That is very dangerous. Of course, we have to be able to pick out the top talents. But we can’t leave the masses behind in the process. We have to strive for a certain level for them too.”

“The debate is often too binary: underprivileged vs privileged, being treated the same vs equal opportunities, knowledge vs skills etc.”
Piet Van Avermaet 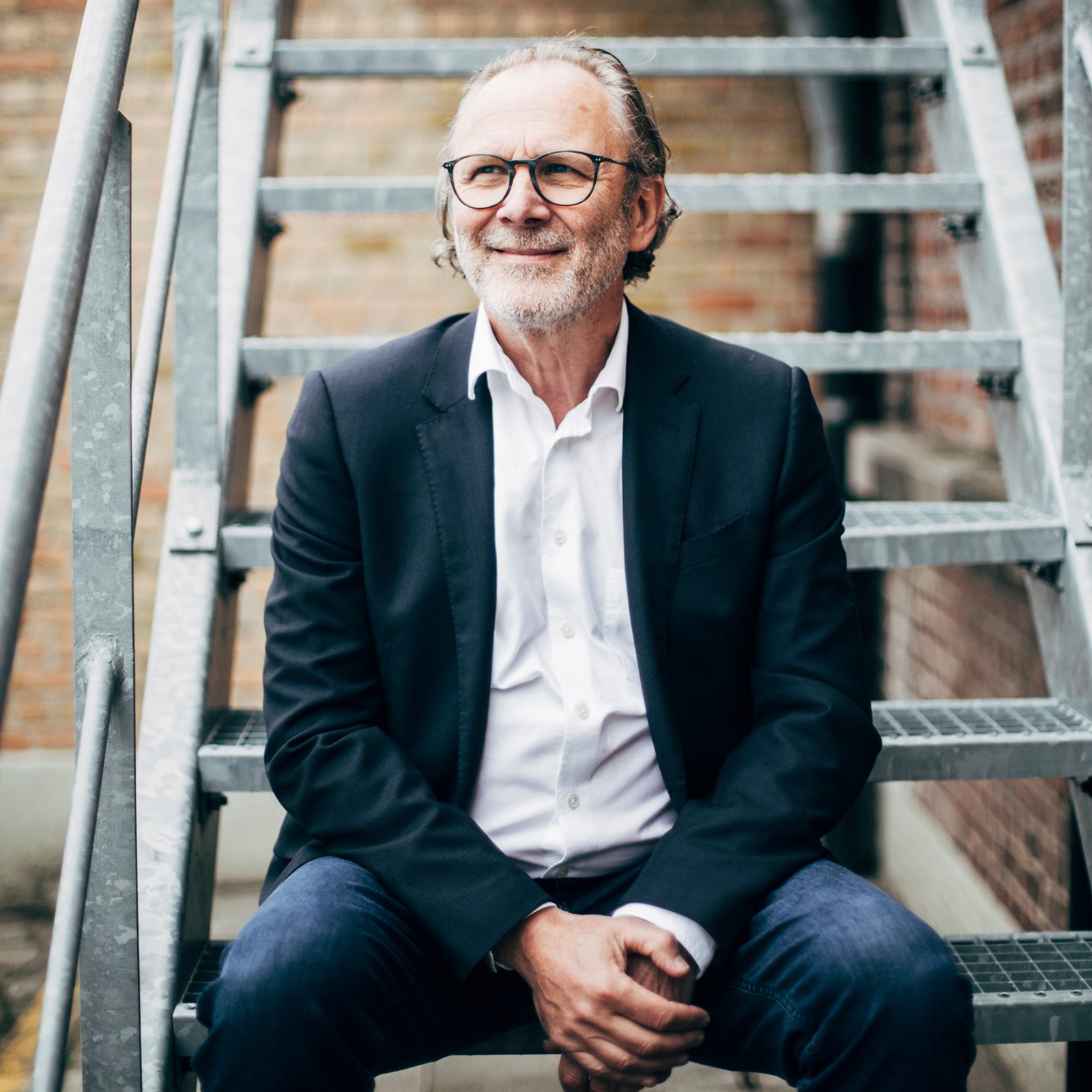 Can we break out of this process?

Piet Van Avermaet: Couldn’t part of the solution be to break out of this sharp three-way split between secondary, vocational and technical education?”

Dirk Van Damme: “Definitely not, as this could jeopardise technical and vocational training. This type of education is very important. Our technical high schools in Flanders are really exemplary. If you pool everything together, there’s a chance of ‘secondary education-isation’ where the three education pathways look for the lowest common denominator and technical education becomes diluted. I think that we could solve lots of problems if we didn’t have such a negative view of technical education. Even the most progressive parents would rather not send their kids down the technical or vocational routes, even if they acknowledge the importance of this type of education.””

Piet Van Avermaet: “Look, in an ideal world, every pupil would be in the perfect place based on their interests and talents. That way, someone who is more into vocational education doesn’t need to go down the higher education path. But frequently, we see 16- or 17-year-olds regretting their choices, or finding that they’re not sure what they want to go into and feel like they ‘could do more’. That means that there should be more opportunities for progressing through levels, such as combinations of the three different pathways. Even at university you often see colleagues who think that people with a technical educational background are lacking the skills for further study. They might be right, but it’s also our task as academics to create opportunities for those students who a few years earlier were not properly guided and want to go down a different path. Don’t get me wrong, though: this doesn't involve lowering the bar.”

Dirk Van Damme: “When I was still an academic, one of my best PhD students came from a technical education background. I don’t like dead-end streets, and do support the principle of students always having the opportunity to progress through levels. I think that this has become easier in the last few years.”

Piet Van Avermaet: “We agree on more than we disagree, Dirk. The debate is often too binary: underprivileged vs privileged, being treated equally vs equal opportunities, knowledge vs skills etc. But this does a disservice to teachers, schools, parents and students. A nuanced debate like this one helps.”

Dirk Van Damme completed a degree in social heutagogy in 1979. In 1989, he earned his PhD in educational sciences. As a student, he loved the great tranquillity of the grand reading room and the nostalgic index card cabinets in the library on Rozier.

Piet Van Avermaet obtained his professional bachelor’s degree in primary education teacher training in 1978. Afterwards, he obtained a master’s degree in applied linguistics from Tilburg University, and became a linguistics professor at KU Leuven. He has been at Ghent University since 2005.