For many years, bumblebee doctor Dave Goulson has been working to save the bumblebee from extinction. Pioneering work, which earned him an honorary doctorate from Ghent University and the praise of his promotor, Professor Guy Smagghe: “The interest in bees and bumblebees has grown internationally and that is partly thanks to him.”

Wearing rubber boots, with a notebook and butterfly net in hand, he goes out into nature. He writes books for the general public and even has a YouTube channel where he gives tips on how to make your garden as insect-friendly as possible. Field biologist Dave Goulson, also known as the bumblebee doctor, has been trying for years - through research and communication - to protect bumblebees.

He is also the founder of a successful organization in the United Kingdom that wants to save the bumblebee. An initiative that will soon be emulated here: “We want to start up an organization like that. The interest in bees and bumblebees is increasing and we have to respond to this,” says Ghent University’s Bio-Engineering faculty professor Guy Smagghe.

Professor Goulson, how did you end up working on bumblebees?

Dave Goulson: “Dave Goulson: “It actually started as a hobby. Since I was about five years old, I became fascinated by bumblebees, bees and butterflies. I used to put on my boots and go out into nature with a butterfly net. I managed to turn my fascination into my job. I am very lucky that I get paid to chase bees. (laughs)”

"Bumblebees are responsible for the pollination of flowers, on which many of the crops we eat depend. The decline in their population therefore also has a major economic impact."
Honorary doctor Dave Goulson 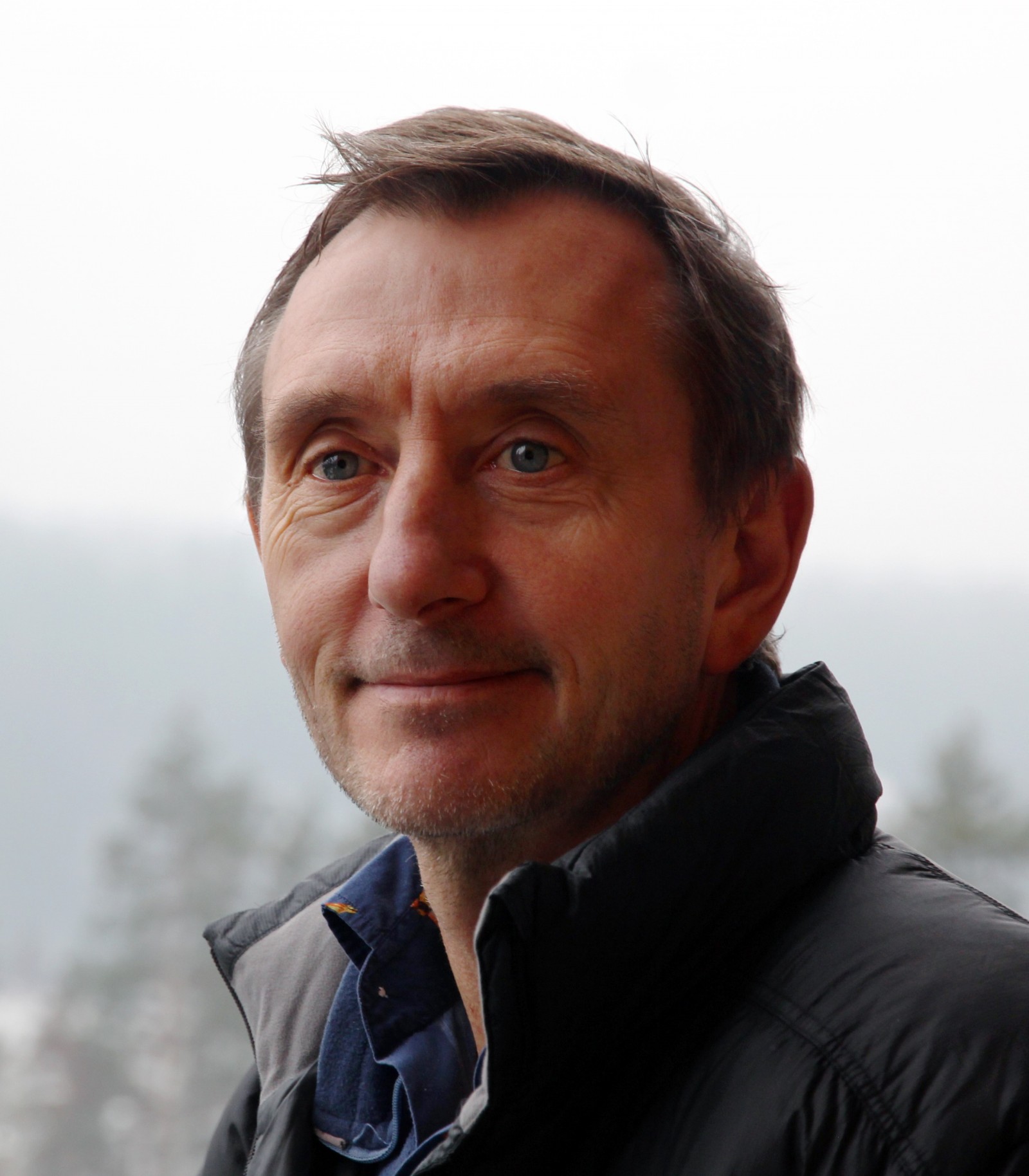 But it’s not all moonlight and roses?

Dave Goulson: “Certainly not. The populations of many bumblebees are declining dramatically and this is a major problem for the balance of our ecosystem. Bumblebees are responsible for the pollination of flowers, on which many of the crops we eat depend. The decline in their population therefore also has a major economic impact. It is vitally important that wild bees such as bumblebees do not disappear.”

Guy Smagghe: “That awareness about the wider ecosystem is Dave’s contribution to the whole community. He is a pioneer, the first in biology to research bumblebees by looking at ecology and biology together. It was the beginning of a much bigger story about the decline of insects and the disappearance of biodiversity.”

And you would like to make that clear to the wider population?

Dave Goulson: “That’s right. I used to be a fairly traditional academic who published papers in scientific magazines that hardly anyone reads. You can publish thousands of those papers, they don’t make a difference in the real world. I wanted to get people more involved, make them understand why the bumblebee is important and why they should care. So I started writing books that everyone could understand and I started a YouTube channel. And I saw that it was paying off. There is a wave of growing interest in bees and other insects. For a long time, I thought this interest was a trend and that it would disappear again. But it has been going on for at least fifteen years now and it shows no signs of abating.”

Professor Smagghe, have you also noticed the increasing interest?

Guy Smagghe: “Certainly. The interest in bees and bumblebees is growing internationally and you can see that with us as well. That is partly thanks to Dave. He attaches great importance to sustainability and biodiversity. That fits in perfectly with the values and ambitions of Ghent University. Dave also inspires us as the founder of the successful ‘Bumblebee Conservation Trust’, an enterprise which works hard to protect bumblebees and their habitat.”

Dave Goulson: “I started it in 2006 with some PhD students. Fifteen years ago already, how time passes! We decided to start a charity for bumblebees, although we had no money, funds or experience. But we noticed a growing interest in the insect, so we seized the opportunity and sent out a press release. There was little response until, a few days later, I received a phone call from a journalist asking if we would like to be on the front page of a national newspaper. We were ecstatic, of course.”

What was the response?

Dave Goulson: “It was great. Within a few days, five hundred people had sent us a letter that they wanted to participate. We fumbled with the paper cheques, we got addresses wrong and we didn’t have a database. It was a mess (laughs). But since those early days, the Bumblebee Conservation Trust has grown into a successful charity with 42 employees and 12,000 members, and we have projects all over the UK.”

And maybe soon with us?

Guy Smagghe: “That is the intention. We want to set up a fund from the Ghent University to protect bumblebees in Flanders, following the example of what Dave did in the UK. It is now the perfect momentum. Very recently, the Ghent University Fund Management has taken action to do something similar.”

Dave Goulson: “I would love it if a similar project could be set up in Flanders. If I can help in any way, I certainly would. The possible consequences could be fantastic. It is difficult to predict whether it would catch on with people, but I think it could work in Belgium. The enthusiasm for bumblebees and other wild pollinators is at an all-time high and we need to capitalize on that.” 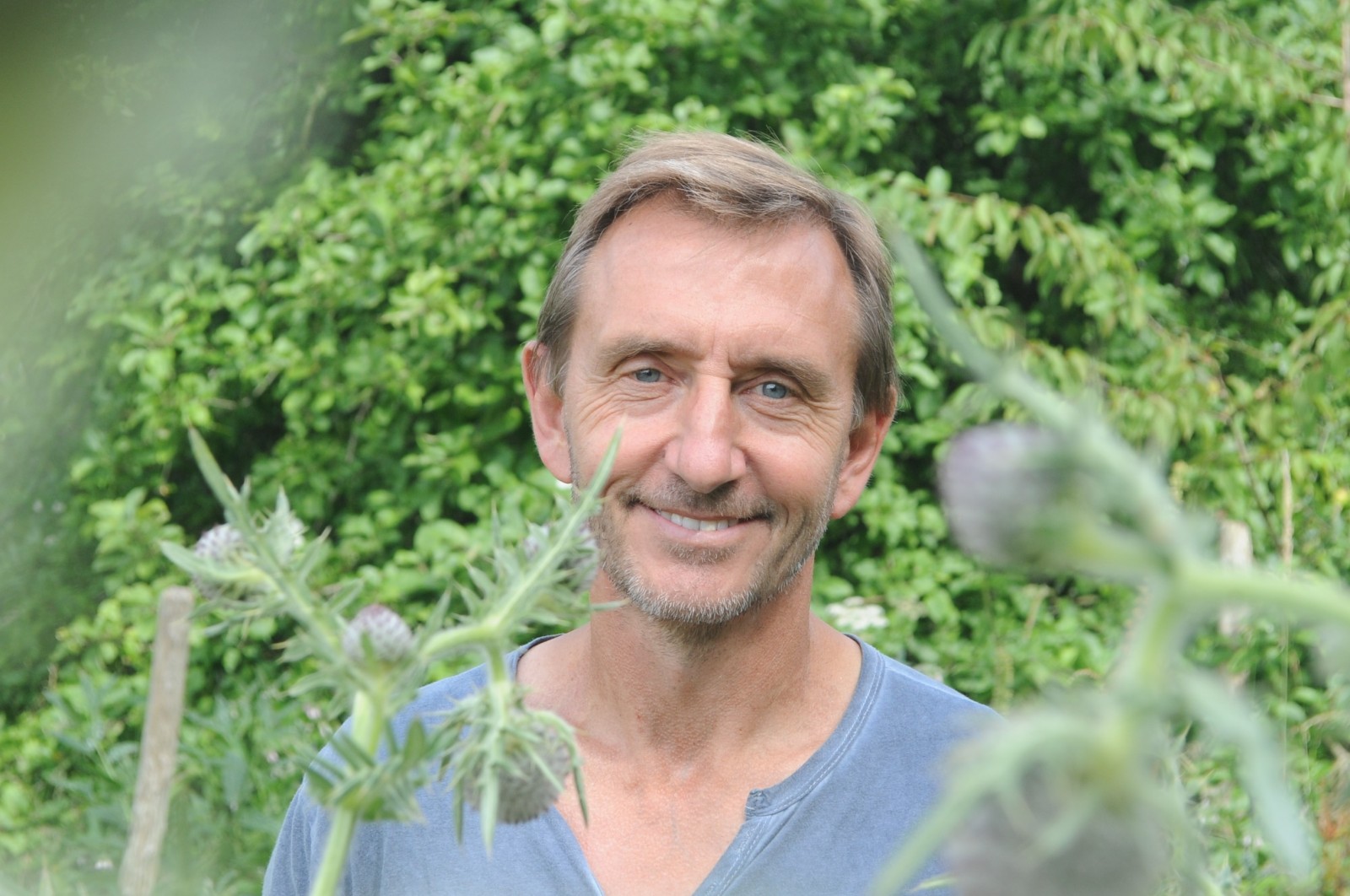 "We could save most bees and bumblebees, but if we want to do so, we need to inspire as many people as possible to do their bit to help."
Honorary doctor Dave Goulson
67-33

Professor Smagghe, do you think it will catch on with us?

Guy Smagghe: “I think so. When you see how popular the ‘Week of the Bee’ is every year, you see that it is very widely supported. You have to start with a passion, be enthusiastic and want to invest your time in it, just like how Dave started. Those are the basics that you also need as an academic. It is a growing process, but enthusiasm and passion are fundamental. And we share that.”

Finally, can we actually save bumblebees and bees?

Dave Goulson: “(thinks for a moment) Yes, absolutely. But, of course, it is a bit more complicated than a simple yes. A lot of people think that there is only one species of bee, but in reality, there are over 20,000 species. And they are all ‘buzzy’ and they all pollinate flowers. We could save most of them, but if we want to do so, we need to inspire as many people as possible to do their bit to help.”

Autumn is the season for mushrooms – they are everywhere, and certainly growing in abundance in forests. But did you know that the mushrooms you see are just a very small part of a vast, gigantic, mainly subterranean network? And that without this network, other plants simply wouldn’t be able to survive?