Autumn is the season for mushrooms – they are everywhere, and certainly growing in abundance in forests. But did you know that the mushrooms you see are just a very small part of a vast, gigantic, mainly subterranean network? And that without this network, other plants simply wouldn’t be able to survive? Professor Mieke Verbeken is a mycologist, or ‘fungus specialist’. She reveals to us nine things you probably never knew about mushrooms! 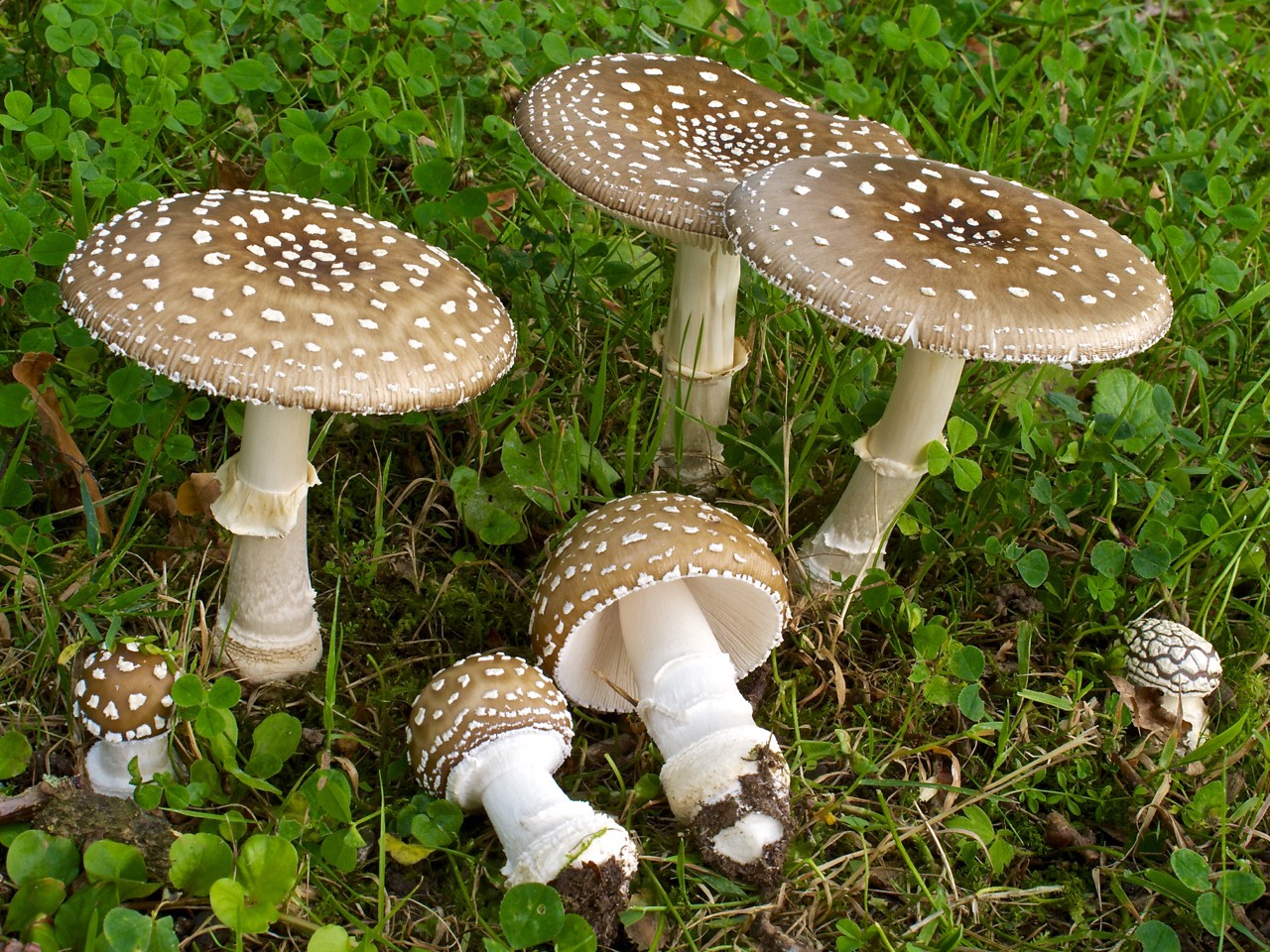 1. 1. Never confuse a mushroom with a fungus, or vice versa

Mushrooms can be compared to the flowering part of a plant. They are easy to see and are most familiar to us, but in fact they are but a small part of something much bigger: the fungus itself. They are the body of the fungus, in other words, And in the same way that some plants do not flower, not all fungi will develop a mushroom. We refer to these sorts of fungi as moulds.

2. Mushrooms are just the tip of the iceberg

Did you know that beneath every mushroom there is a vast and hugely complex network consisting of thousands of long, fine penetrating threads that grow on and beneath the forest floor? In the woods, for example, you can see them if you look underneath the leaves lying next to a mushroom or toadstool. We call this mass of interwoven, branching, thread-like strands the mycelium. Fungi that do not develop mushrooms also form a mycelium.

The word ‘fungus’ is an overarching term used to describe the entire network, including the mushroom or the mould. And fungi are everywhere: under the ground, on the ground, and even inside animals and humans.

3. Fungi are neither animals nor plants

Fungi were for a long time believed to be part of the plant kingdom. There were several reasons for this, including the fact that they are unable to move around on their own. But now we know for certain that they are not plants. They are not capable of photosynthesis. Like animals, they are also heterotrophs. This means that they do not produce their food themselves, whereas plants, as autotrophs, feed themselves using photosynthesis. And yet fungi do not belong to the animal kingdom either.

A fungus does not ingest food into its “body” as an animal does, but instead uses its “body” to penetrate food. Fungi are prolific and can grow anywhere: in animals, on plants and tree trunks, in a pot of jam…. Similarly, they have a totally different body structure to that of animals or even plants: instead of cells, fungi are composed of that unique network of threads, the mycelium, that can grow in and through anything, anywhere, anytime.

In other words, a number of very significant differences mean that fungi actually form their very own unique kingdom. 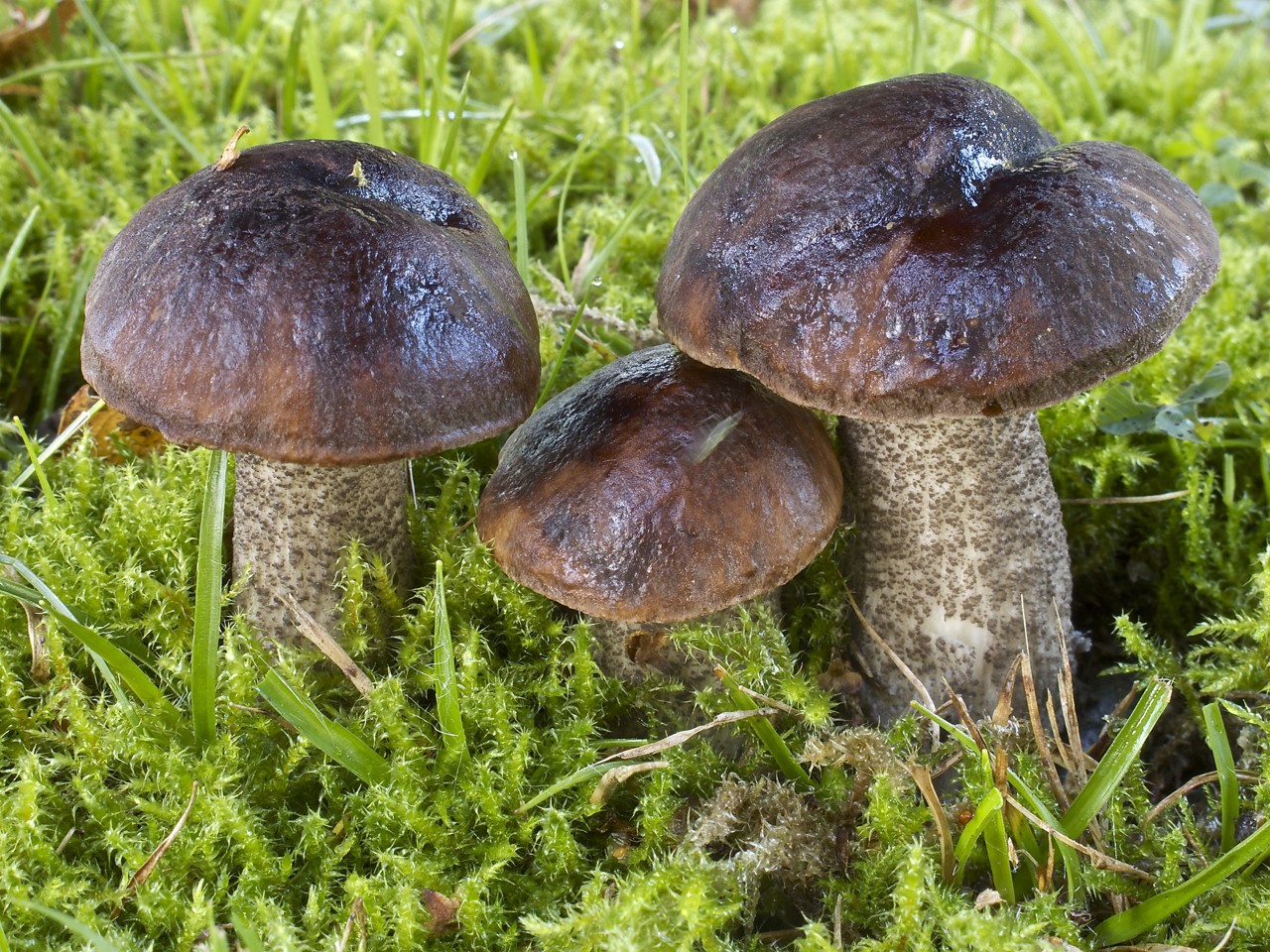 The mycelium of certain fungi help to ensure that plants absorb more water and nutrients. Fungi also determine where and how well a plant grows, and also its level of stress resistance.

About 90% of all plants co-exist with fungi, via their roots. This form of cohabitation is known as ‘mycorrhiza’, translated literallly as ‘fungus root’. The advantage of this symbiotic relationship for fungi is obvious, since they are unable to produce food themselves and are therefore dependent on the plant. This mycorrhiza enables them to absorb photosynthetic sugars.

This sort of co-existence is equally advantageous for the plants, since it helps them to grow. What’s more, this mycorrhizal relationship ensures that plants are able to survive stressful situations. In times of drought or lack of food, the plant’s mycorrhizal partner will help it to absorb water and nutrients such as carbon dioxide and phosphorus more efficiently. This way, the fungus also protects the plant from infections and makes it more resistant to disease.

And that’s not all. Not only do mycorrhizal fungi supply the plant with nutrients, they can also transport these nutrients from one plant to another. And thus trees are able to help each other in times of stress via the mycelium that links them together.

Even though we are all doing our best to recycle our household and industrial waste, fungi are the real recycling champions. Except for a few man-made plastics and polymers which they are unable to process, there is almost nothing on earth that fungi cannot recycle.

When trees die, for example, they produce an enormous amount of biomass. Fungi are the only ones capable of completely breaking down this biomass. They process mainly plant debris; if you go for a walk in the forest in the autumn, you’ll see all different sorts of mould and fungi growing on old fruit, dead leaves, rotten wood and other organic matter. Fungi tidy up the forest at the end of the autumn and then use the decomposed organic matter as food, with any leftovers serving as food for other plants. As decomposers, fungi thus play an absolutely vital role in every single ecosystem.

Ever heard of the zombie-ant fungus? It is a particular type of parasitic fungus which infects certain insects in a very unique way. Normally, a parasite will kill an insect immediately. The zombie-ant fungus, on the other hand, takes a different approach: instead, it hijacks the insect’s mind and takes control of its brain functions, and then dictates the insect’s every action. In other words, the insects can still move around, but can only do what the fungus wants them to do. The fungus then sends the insect in every direction, in order to maximise the efficient spreading of fungal spores.

However, most partnerships between fungi and insects – of which there are many – are more benign. Take for example parasol ants, who even go so far as to cultivate fungi themselves in their nests. They carry pieces of leaf (suspended over their heads, hence their name) to the fungus for recycling, and in turn, the fungus provides food for the ants, who eat from the mycelium. 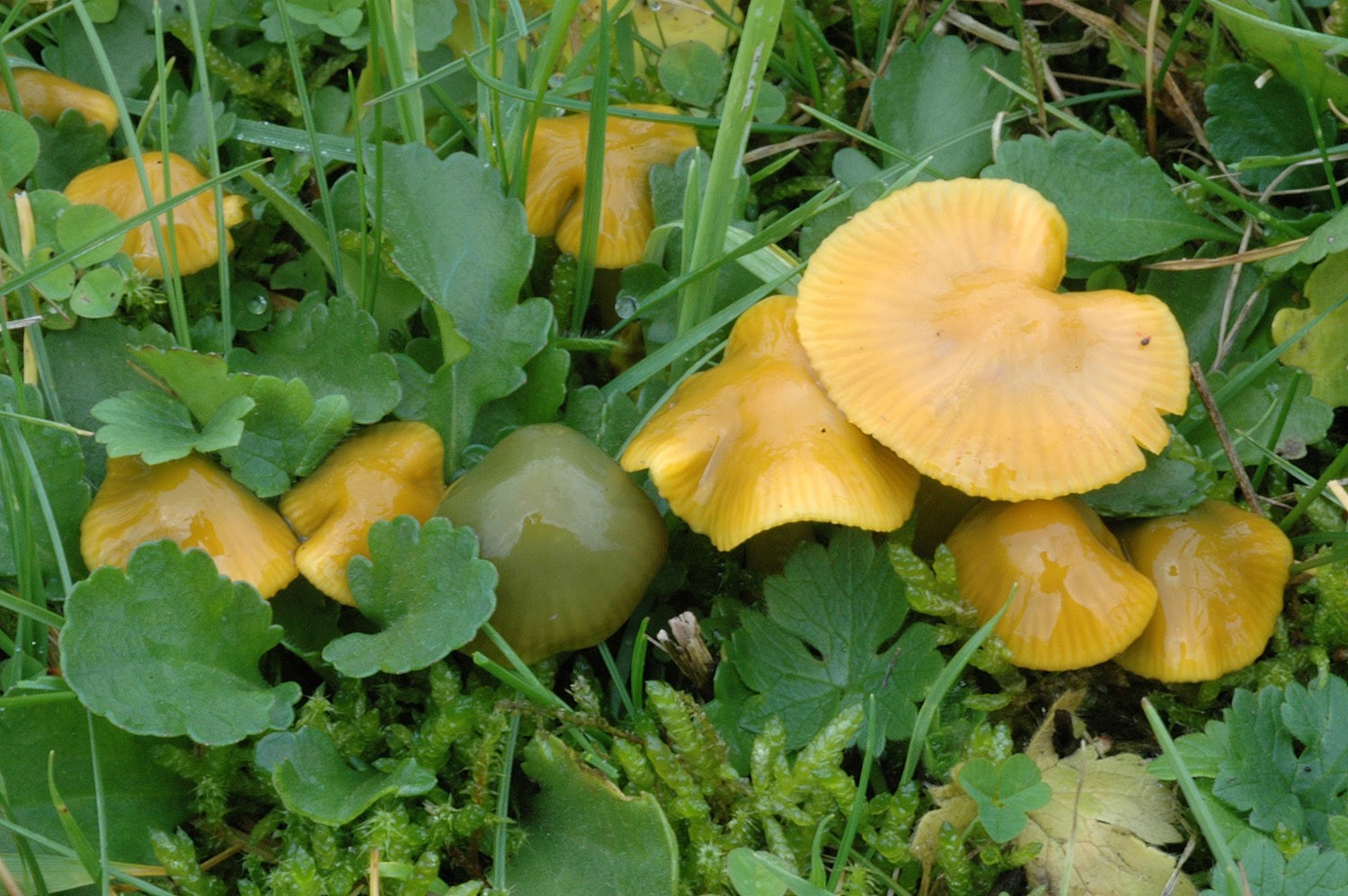 7. The biggest ‘organism’ in the world is a fungus

There are estimated to be at least 3,5 million sorts of fungus worldwide. After the insect kingdom, this is the most diverse group of living organisms on the planet. Fungi can become very old, and also very large. The largest living organism on earth is actually a fungus: in the American state of Utah, they discovered an enormous honey fungus which is probably more than 2500 years old, spread over an area more than half the size of a football pitch.

So far only a fraction of the innumerable sorts of fungi known to us have actually been properly researched, and thus our knowledge and understanding of them remains limited. We know that they are very complex, and that in many respects, they are more advanced in terms of evolution than even humans. Theoretically, a mycelium has the potential to be immortal, so long as it continues to have a supply of nutrients. And if a fungus is damaged, it simply grows back again – wihich means that fungi may even hold the key to unlock the secret of eternal life!

As previously mentioned, moulds, and therefore fungi, are everywhere, including inside us. As well as having microblal flora inside our bodies, we also have fungi. These fungi work together with our bacterial flora to ensure the proper digestion of any food we consume.

Although we recognise fungi to be an essential part of every ecosystem, even today we still know far too little about their real contribution to the human microbiome. We know that some fungi can cause different types of infection, most of them harmless: skin, nail and genital infections, for example. But nevertheless, some infections can actually be life-threatening – particularly if they manage to find their way into the body via the digestive system. This is the reason why you should never eat unidentified wild mushrooms, since it is not always possible to judge whether they are poisonous just by looking at them.

It is also best not to eat mouldy food, since this often produces poisonous substances known as mycotoxins. A typical example of this are the alfatoxins that can form on peanuts. On the other hand, it’s no problem to eat blue cheese: this is made with a certain type of mould called Penicillium, and its use is very strictly regulated. The same strict regulations are applied when using specific fungi to prepare certain types of fermented vegetable, such as tempeh.

9. The sex life of fungi is much more complicated than our own

Fungi aren’t able to move around on their own. This means that they need to grow towards each other if they want to procreate. Unfortunately, if they grow in the direction of a fungus of the same sex, then they will not be able to mate or reproduce. Thankfully, in the world of the fungus, the chances of this happening are extremely small: the more evolved species of mushroom form four or even more ‘genders’, which in the fungus kingdom are referred to as ‘mating types’. And extensive research into the ink cap fungus has shown that it has at least 12 000 different mating types.

Unlike animals and plants, fungal reproduction occurs with neither seeds nor eggs. The fungi simply need to melt their bodies. And thus, sex is taken to a whole new level. It requires very little energy, and they don’t need to wait until they are fertile in order to reproduce.