"I am not your average archaeologist," says Birger Stichelbaut from the Department of Archaeology. "I never dig in the ground, instead I look at the landscape from the air."

In recent years, for example, he has examined the Westhoek using aerial photographs from the past and present, looking for traces of the First World War. Ghent University alumnus and archaeologist Simon Verdegem carried out excavations. Together, they built the memorable Missing at the front - unearthing names exhibition in the In Flanders Fields Museum in Ypres.

Down in the clay

"Visitors to the Westhoek are always taken aback by the endless rows of white gravestones," says Stichelbaut. "Silent witnesses of the hundreds of thousands of young men who died at the front in West Flanders during World War I. What few people realise is that there are still so many soldiers missing."

Some have a grave, yet no one knows who is buried there. The engraving on the anonymous headstone says: 'Known to God'. Then, there are the missing who remained on the battlefield. "Some soldiers were killed in a trench, others hit in a foxhole by artillery fire. Their bodies sank deep into the clay. And there are also the missing who were buried by their companions, but whose graves were lost. They too are still missing. With our exhibition we focus on those missing and forgotten from WWI."

As an archaeologist, did you go looking for them?

"Archaeologists do not go looking for missing persons; they find them. For example, if relics from the past are found during water or gas pipe excavations, terrain archaeologists spring into action. In the seventies, during the construction of the A19 motorway from Kortrijk to Ypres, no remains of missing soldiers were found, so to speak. Bizarre indeed, and at the same time this says a lot about the zeitgeist: no attention was paid to those missing from WWI. Not due to ill will, but simply because it was not considered since there were still living witnesses. These have now disappeared, which means that our archaeological work is becoming more important. Now more than ever, the landscape is the last testimony to that war 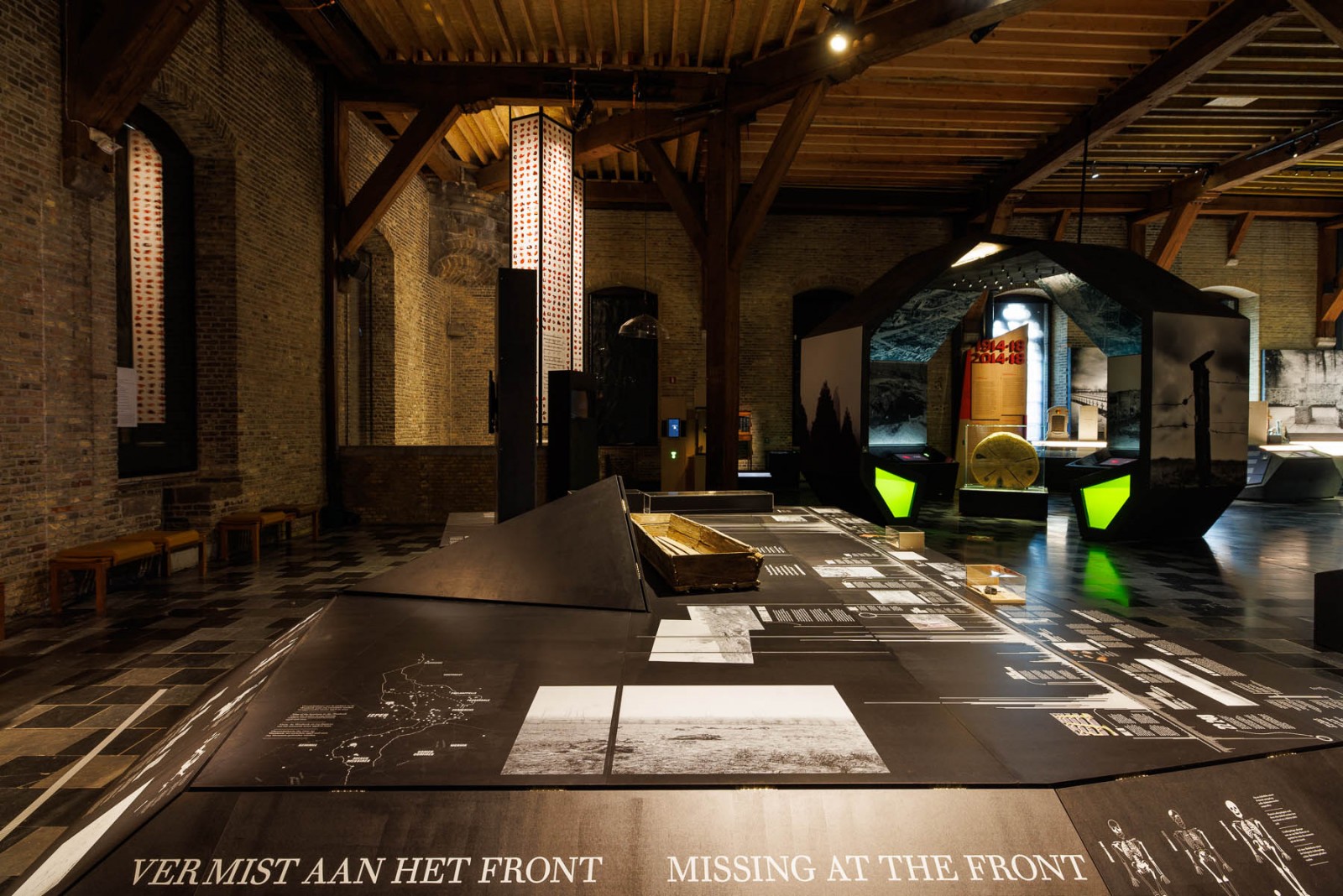 Not exactly the most cheerful insights?

"We saw the bars in the graph grow every time there was an attack or battle. The more that were missing, the tougher the battle. The Battle of Passchendaele from 31 July to 10 November 1917 was a huge human massacre. The figures of the missing in our graph also shot through the roof. For our exhibition we built a scenography around our chart of missing people. In the first war years our peaks reach half a meter, one meter, one and a half meters. When it came to the gigantic peak of Passchendaele we were forced to build an extra panel, it almost literally went through the roof. I linked all the big data about the dead with and without a known grave to battlefields, and thus compiled a 'density map' for the entire battle of Passchendaele. This indicates where the missing dead are likely to lie in the landscape today."

How many missing soldiers are we talking about?

"Unfortunately, we don't know. We only know the number of missing persons from the British Commonwealth. As early as 1915 they had a central administration service that meticulously listed all fallen and missing British soldiers. The British built seven memorials for their missing in Belgium, the memorials to the missing. These feature the names of those who have no known grave. The most famous is the Menin Gate in Ypres.

On the memorials are the names of 103,000 British missing persons. Buried in the British cemeteries are 47,500 soldiers without an identity, 'Known to God'. This means there are still 55,500 British missing in the soil in the Westhoek. On the Belgian, French and especially German side there are also tens of thousands missing, yet there are no reliable figures. We estimate that around 80,000 to 90,000 soldiers remained in the region around Ypres.

At the end of the nineties, amateur archaeologists found mortal remains on the battlefield of Boezinge. During excavation work for a large industrial premises, 200 bodies were recovered. Boosting awareness that there are still a lot of missing people in the Westhoek. As a landscape archaeologist, I wanted to know where." 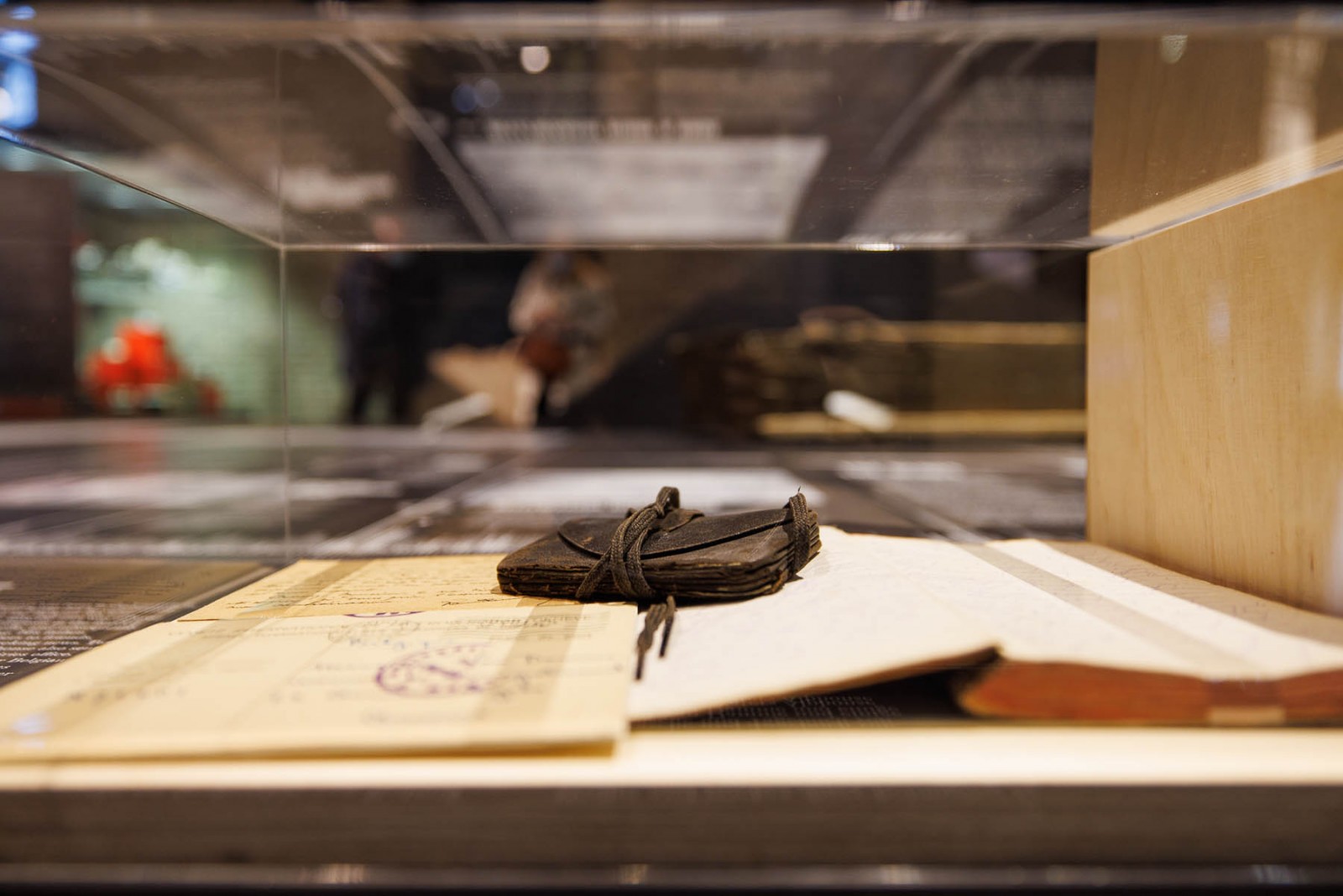 Are the spots with missing people still untouched?

"Yes. In the years after the war, the British did dig up their missing. They had density maps indicating in which zone they had buried their fallen soldiers during the war. Recovered bodies were interred in so-called concentration cemeteries. But the task was endless and in 1921 the search for the fallen was stopped.

Today, Belgium, Germany, France and Great Britain are no longer actively looking for the missing. The American and Australian armies continue their search, although mainly for those who died in WWII."

Yet missing people are still regularly unearthed and identified in the Westhoek?

"Since the late nineties, 720 bodies have been recovered, of which 43 have been identified. Often it is a question of bone fragments, remnants of bodies torn to pieces and that lay on the site for months, under continuous artillery fire. The soldiers who died on the battlefield in the heat of battle are those most likely to be identified. They were swallowed up by the mud along with their equipment. They are then found with their gun, backpack, personal belongings and sometimes even identification tag."

Is identification still important for the next of kin?

"Without a doubt. In 2016, the remains of 25-year-old New Zealand captain Henry Walker were exhumed and identified. Although not direct descendants, his family in New Zealand was still deeply moved. In a video at the exhibition, they tell with tears in their eyes how they received the news out of the blue that their great-great-uncle had been found on a Flemish battlefield. It was a shock. On 18 April 2018 at 10.30am Captain Walker was buried at the New Irish Farm Cemetery in Ypres. His New Zealand family were in attendance." 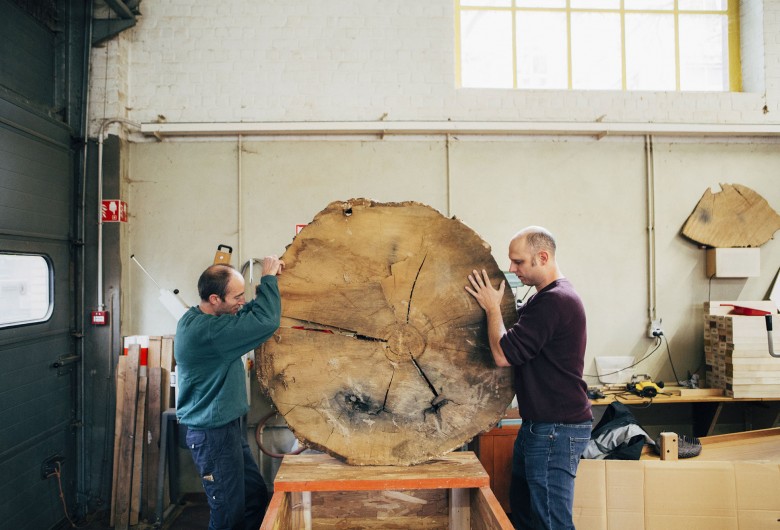