Doubting and questioning things: that’s what scientists do. It is the starting point of the GUM. There, visitors are able to get into the head of the researcher and experience first-hand how science is the result of doubt and imagination.

Why is doubt so fundamental? Our senses only perceive a part of reality. In other words, what we see, feel or hear is incomplete. Moreover, our brains interpret everything according to a certain frame of reference and to prior knowledge. Our vision of the world therefore is unreliable. We can only really understand the world if we consider the possibility that we might be wrong. It is therefore essential for scientists to have doubts. This is how professor Ann Buysse (Faculty of Psychology and Educational Sciences) approaches science. Her research team always starts from the idea that you have to challenge a theory. 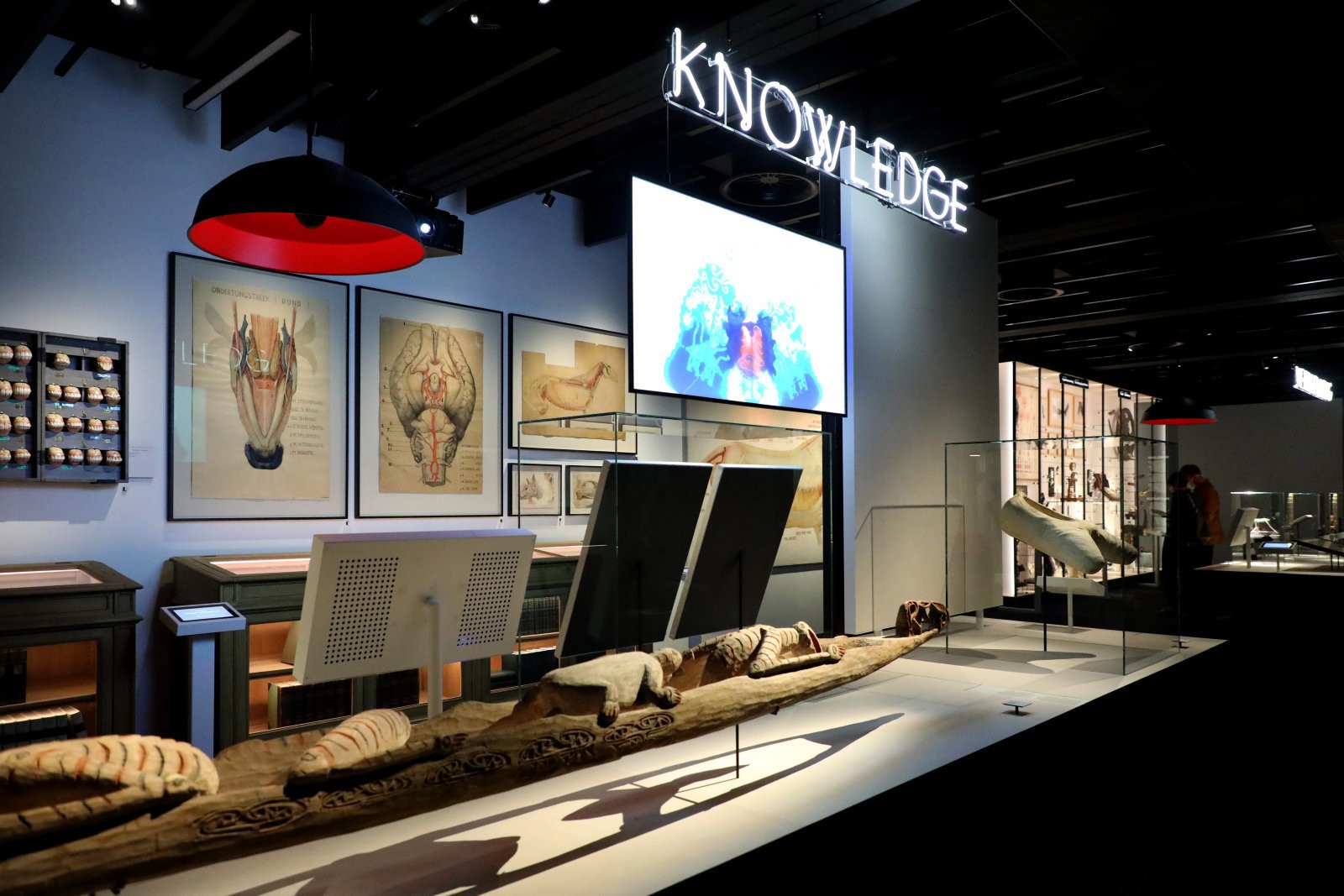 Ann is co-head of the Relations and Family Studies research group. For her, doubt is the foundation of science. “Have you discovered anything scientifically interesting? If so, then you look for things that contradict that, not confirm it. Only then can you gain knowledge and understand the world a little better. This is why a theory is by definition impermanent. Even if it has already been confirmed.”

There is a lot to learn about the world if you question the usual ways of thinking. Classical theories of parenting are a good example of this. Each one tends to start from the parents point of view. And yet today more and more studies are studying the influence of the child. Ann tells us more, “According to standard parenting books, children are obedient if you educate them consistently. But what if you turn that around? Everyone who has children knows that they have a huge impact on their parents. In short, the relationship between parents and children is reciprocal. Why, then, shouldn’t fickle children provoke inconsistent parenting behaviour? Suppose your child asks: “Mum, can I have a sweet?, and you answer: “No” … and your child says: “OK” and moves on. In that case, it’s easy to be consistent. I believe that the impact of children on parents has been neglected for years.”

Why (some) women nag

Scientists are not only questioning classical ways of thinking, but also their own theories. This makes research interesting, according to Ann. “I’ve seen that masters’ students are disappointed when their results don’t confirm their theory. And I say, “That’s just fantastic! We’re going to disprove your hypothesis.” If your research results would always confirm what you knew beforehand, then you would learn nothing. It is only interesting when something is not quite right. In that way, you are challenged to look further. Scientific research often leads to surprising results.”

For example, Ann’s team does a lot of research on the differences between men and women. Ann: “People usually focus on the differences. This is especially the case in the media. But what about all those similarities? Aren’t they just as interesting? And those differences … are they gender differences? Or could other social expectations or other opportunities play a role? For example, in relationships between a man and a woman you often see that the women nag more. We found that an interesting subject to investigate. Is that a gender difference? Do women nag more because they are women? No, our investigation showed. The difference was more due to the subtle power relationships in the couple. Women nag more when they are in an inferior position about things they want to change in a relationship. It’s typical when they want men to help more around the household. Men then nag about things on which they have less power. Things they would like to be different in a relationship. Typically they nag about wanting more sex, for example.” 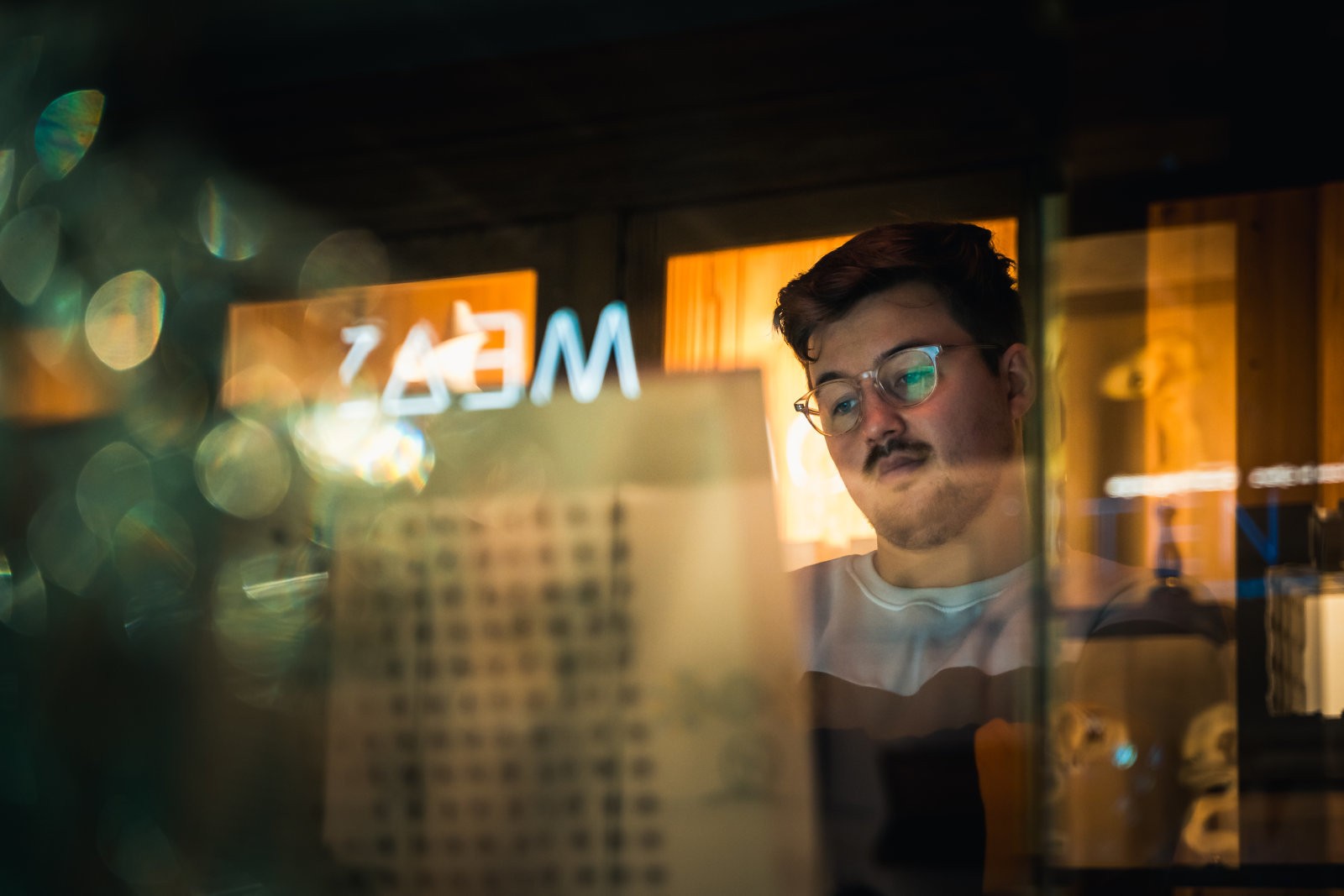 If you look at something from a different perspective, it can yield new insights. As a scientist you constantly have to be on the lookout for any inaccuracies. “It is important,” says Ann, “that you question the way you conduct your research. As soon as you interpret something, you have to deal with certain inaccuracies. Take the way you measure things. In any science you have to measure to be able to compare. This is also the case in psychology,” Ann explains. “The choice of how one measures something is an important step in the scientific process. Other ways of measuring can yield different results. You can use a questionnaire to measure to what extent someone is racist, for example. By doing so, you are choosing in advance which items relate to racism. Or you can measure racism via an open interview. Then you might find out other things, but you won’t systematically understand all aspects of racism.”

It’s not just the way you measure something that means you are making certain choices, you also make certain predetermined choices when you research using comparison. Ann: “I have always been against competition. Why? Because in that kind of research you start with a prototype you want to compare to. And to determine that standard, you have to make important ideological choices. For example, many psychologists study the difference between children of divorced and non-divorced parents. Their starting point is “is a divorce bad for a child or not?” But when you compare families, you assume that there is a normal happy child somewhere in a normal happy family. But what do you do with a child that has two mothers, for example? Could that be a normal happy child? Or a child from an immigrant background? How you think about people and how the world works as a scientist is inextricably bound up in your scientific questions. This is very much the case in psychology, but it is also true in the exact sciences.”

When Ann and her team research children of divorced parents, they prefer to do so with a focus group of the children themselves. “This is very instructive,” says Ann, “For us, as scientists, but also for society. What is going well and what is going badly? And what can we learn from children who coped well with their parents’ divorce?”

Do you have your doubts about the GUM?

Prof. Dr Ann Buysse is Dean of the Faculty of Psychology and Educational Sciences. As a researcher she has a lot of experience with research methods. She selected Hipp’s chronoscope for the GUM. The first professor of psychology at Ghent University, Jules Van Biervliet used the device to measure the reaction speed of sensory stimuli. In this way he tried to express the mind in objective figures. But can you really express pain in numbers? And if so, how do you interpret those results?

Scientists from other research disciplines are also trying to capture reality in objective figures. Are you curious to know how they do it? Discover the GUM for free during the opening month.

What do you see down there? Using a remarkable connect-the-dots booklet, the GUM (Ghent University Museum) shows the world that there’s more than just your classical ‘dicks’ or ‘vaginas’ (and that vagina really isn’t even the correct term). The booklet was published as a part of the exposition PHALLUS. Norm & Form, which runs until January 2023.

A critical glance down below: at the norms and forms of the genitals

Scientific research can often provide solutions to social challenges. But is society sufficiently involved in the process? Participative research, in which there is active involvement of the people concerned or those for whom the research is being done, allows researchers to be better connected with the community. It is also the subject of the inspiration dag for researchers that is organized by the IDC's on 1 October 2021.

The GUM opens its doors: the day before

The GUM — Ghent University Museum — finally opened its doors to the general public on Saturday 3rd October. Finally! After seven long months of waiting. But don’t think that the employees have been idle all this time. On the contrary, there was a lot to still do in the run-up to the opening.