Gabriëlle spent most of her life in Lovendegem and Ghent. She loved plants and flowers. Especially wild, native species. It’s a love she nurtured her entire life. The fact that she grew up out in the sticks undoubtedly had something to do with it. During her travels, she visited numerous botanical gardens and was captivated by the exotic flora she found there. The Ghent University Botanical Garden was one of her favorite places to go and relax.” She was always especially enamoured with its vibrant colors in autumn.

Aurèle De Vos cherishes his memories of the Ghent University Botanical Garden. “During the Festival of Ghent, they organised special guided tours here. I’m pretty sure I tagged along for most of them,” he laughs. Aurèle's mother, Gabriëlle De Waele, passed away in 2002. “I wanted to do something to honour her.”

He didn’t have to think long to come up with an idea: he would establish a fund for the Botanical Garden. Hortulana Chantal Dugardin remembers the moment well. “I was sitting at my desk, here in the Botanical Garden, when suddenly a man walked in. ‘I would like to make a donation,’ he said. I didn’t immediately understand what was happening,” says Ms. Dugardin. “So, I sent for Professor Paul Goetghebeur straight away. Two years later, we established the fund in honour of Gabriëlle De Waele.” 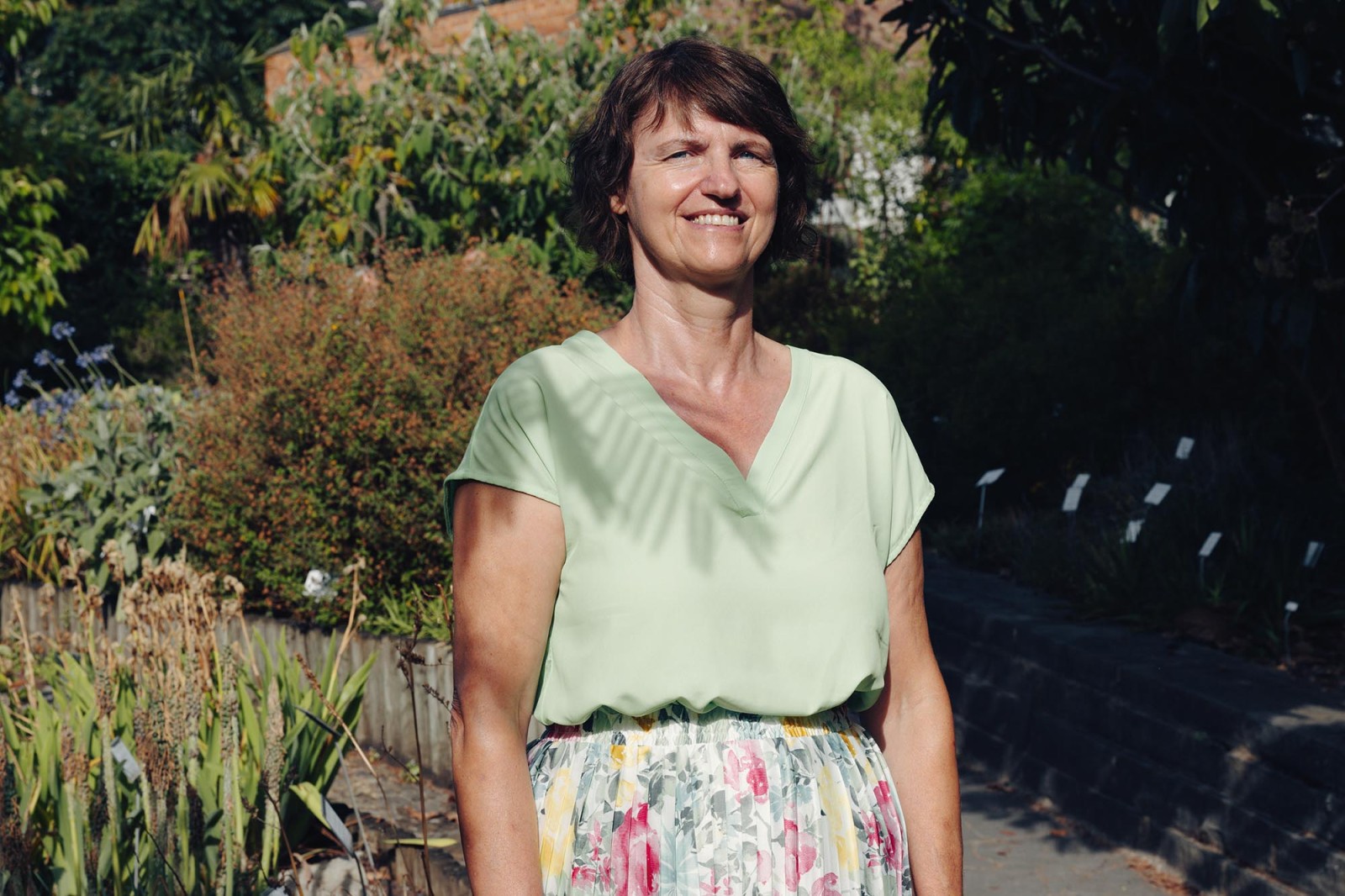 “Every botanical garden in the world has the same mission: the conservation of endangered plant species. Not only plants that are a part of our collections, but also plants in nature,” hortulana Dugardin explains.

The fund has just turned twenty this year. Initially, its goal was to award an annual cash prize to theses that made use of the Botanical Garden's collections. But gradually the fund was also put to use more widely to support the Botanical Garden in its mission. “I would like to thank Ms. Dugardin and Professor Goetghebeur, who made the establishment of the fund possible,” says Aurèle De Vos.

“Every botanical garden in the world has the same mission: the conservation of endangered plant species. Not only plants that are a part of our collections, but also plants in nature,” hortulana Dugardin explains. “We offer plants a safe haven, take care of them, conduct research into them, we are growing a seed bank to serve as long-term storage for plants; we train people and do fieldwork.”

One thing the professors regret, though, is that plants don’t always get the attention they deserve. “Many people suffer from plant blindness,” says Professor Goetghebeur. “When you have them look at a picture of the African savannah, they have no problems seeing the two elephants, but they generally miss the beautiful baobab.” 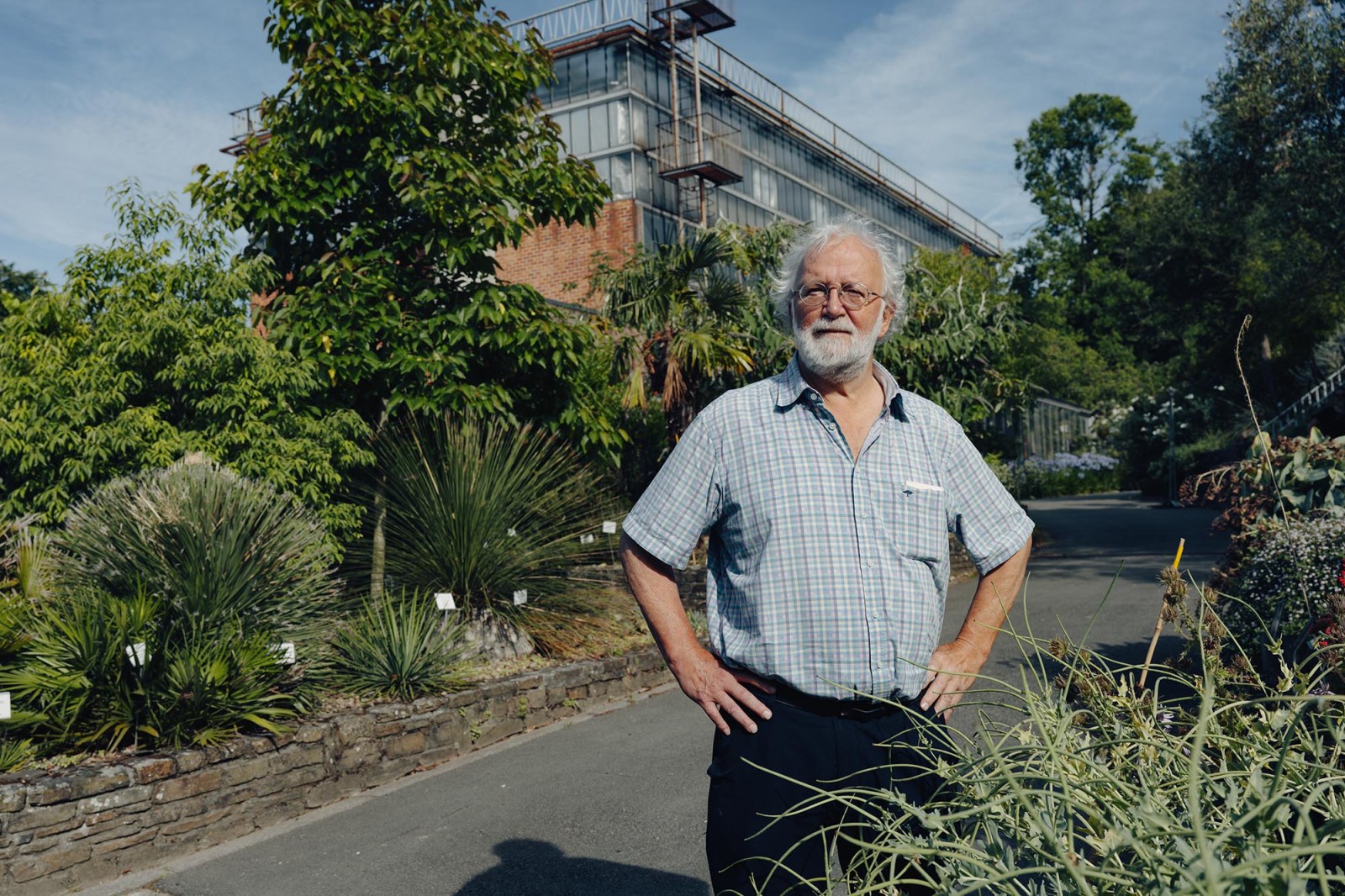 ““Plants are dying out en masse, but no one seems to care. Every ecosystem depends on plants, this is something everyone should be aware of”, says professor Goetghebeur.

That lack of attention is a sad truth: “Plants are dying out en masse, but no one seems to care. We might instinctively find ourselves more drawn to animals than plants, but without plants there is no life. Every ecosystem depends on plants, this is something everyone should be aware of.”

Aurèle hopes that the fund can help stimulate that awareness. And that it can inspire others to support the Botanical Garden, as well. Today, Ghent’s Botanical Garden has existed for over 225 years. “We hope to enable the Garden to exist for at least that much longer so that, for generations to come, people will continue to be able to take their families here to marvel at all the beautiful plants,” says Aurèle. “Just like my mother and I once did.”

Do you also want to help the Botanical Garden?

Then make a donation to account number BE26 3900 9658 0329 and mention the 'Fonds Plantentuin' or 'Fonds Gabriëlle' or make a donation online. Your donation is tax deductible when you donate at least forty euros a year.

What do you see down there? Using a remarkable connect-the-dots booklet, the GUM (Ghent University Museum) shows the world that there’s more than just your classical ‘dicks’ or ‘vaginas’ (and that vagina really isn’t even the correct term). The booklet was published as a part of the exposition PHALLUS. Norm & Form, which runs until April 2023.