Forget Tinder, head for the Boekentoren

The place to be if you are looking for scientific literature, periodicals, theses or manuscripts…. And who knows, maybe even the love of your life? For some, the magnificent setting of the Ghent University Boekentoren tower has not only been a place to study, but also the beginning of something beautiful. 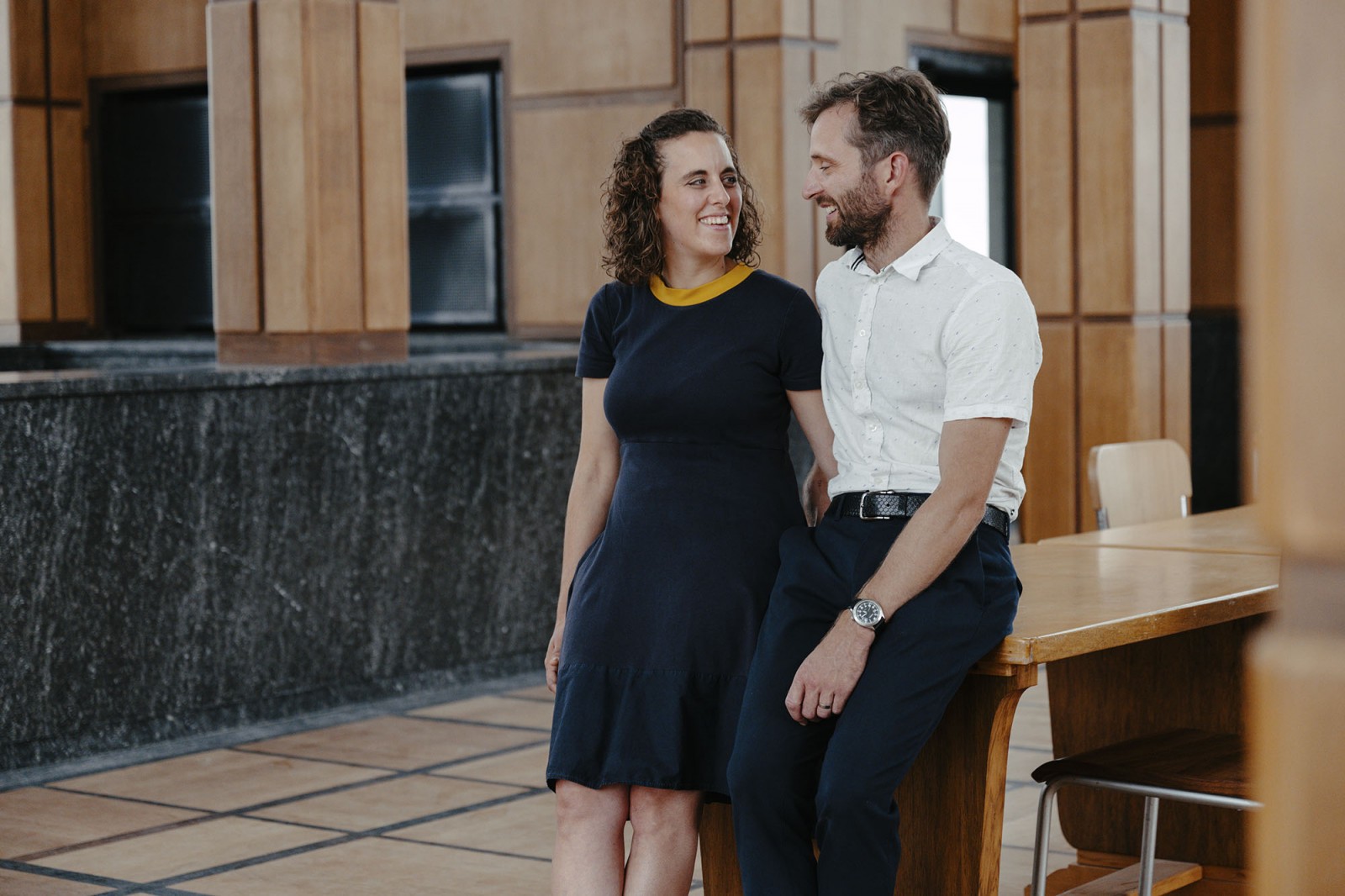 Charlotte Haentjens said ‘yes’ to Jonas Aper in the Belvedère.

“Jonas had to go to Israel as part of his PhD studies and I went there to visit him him several times. One day I was looking around for a clean jumper and I pulled open the top drawer in his cupboard. And all of a sudden there it was: a very small box. He was going to ask me to marry him! We had known each other since secondary school, and so had been together for a quite a long time.”

“I pretended that I hadn’t seen the box, as I didn’t want to spoil the surprise. But I waited in vain for a proposal, all the time I was in Israel. A few months later, back in Belgium, he asked me if I wanted to visit the Boekentoren with him, and I thought, ‘Ok this is it’. ‘We’ve been wanting to do that for a while, haven’t we?’ he said, innocently. I didn’t let on that I had a good idea of what was perhaps going to happen.”

“We arrived at the Boekentoren, and the lady on reception seemed to be expecting us. She seemed a bit nervous and immediately sent us upstairs. And there in the belvedere, with the most gorgeous view over Ghent, he got down on one knee and proposed. It was a truly wonderful moment for both of us. We have been married for ten years in the meantime, and we now have three children. The Boekentoren will always be a very special place for us. And the lady on reception? She was just glad that it had all gone well, and that I had said ‘Yes’!”

Bert Misplon and Sophie Matthys ran into each other (quite literally!)

“Our love story began in the Boekentoren. We were both studying in Ghent, but had never met each other. A mutual friend was organising the Boekentoren Run for the first time, and she persuaded both of us, independentlly, to take part in the race, as both of us are quite sporty, and also fairly competitive. Believe you me, running from the cellar to the very top of the Boekentoren tower can be pretty exhausting! But we each won the mens’ and the womens’ events, three years in a row.”

“The third time we both won, we were also given a trip to Turkey as part of the prize. We agreed that we would book our trips to be there at the same time, so that we could meet up now and again whilst we were there. And that is when the sparks began to fly." 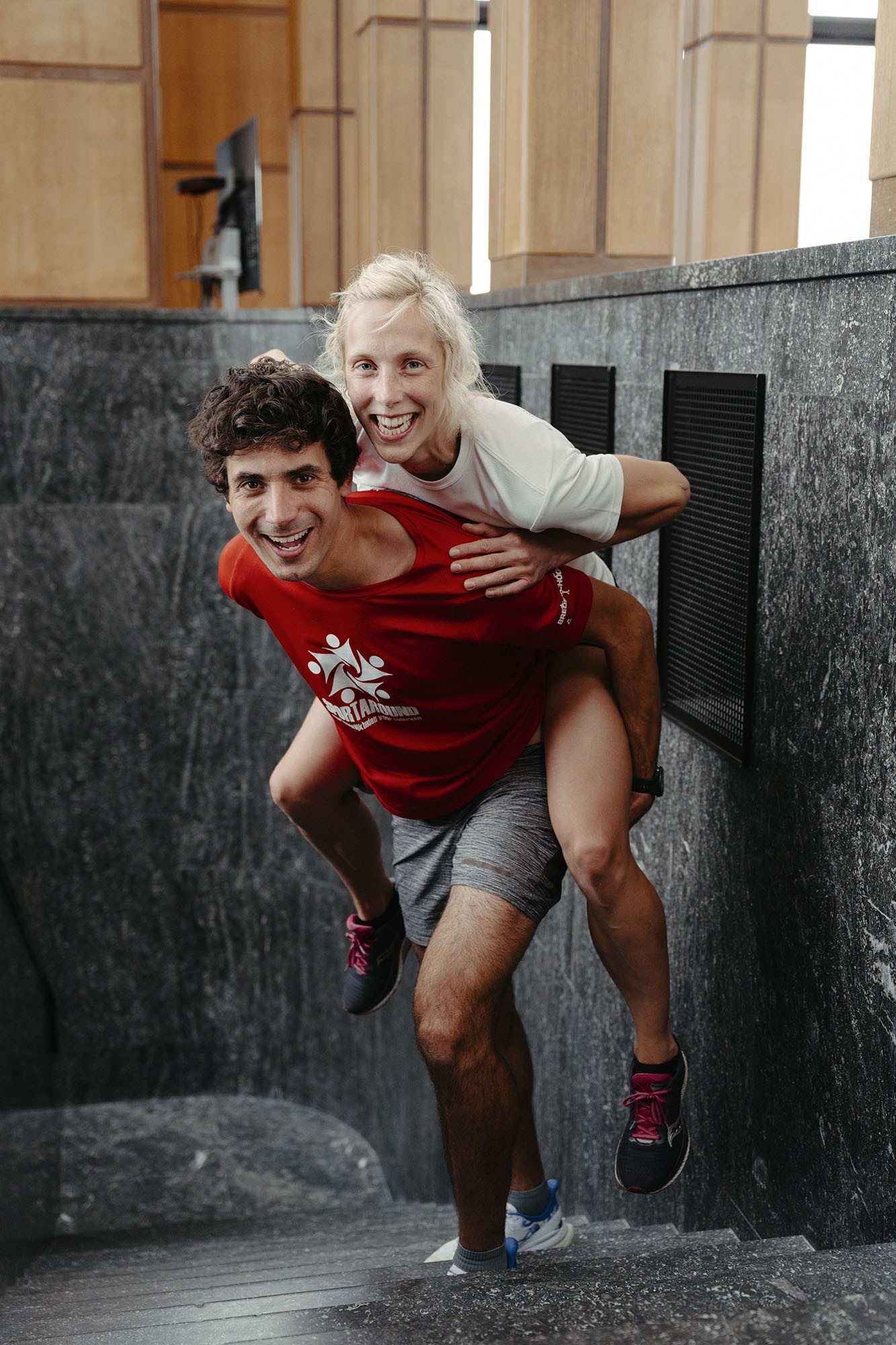 “Nine years on, we are still very happy together. We bought a house, and we have two wonderful children. Recently we cycled to the Boekentoren tower with our eldest daughter who is now two years old. We stopped there for a moment and explained to her that it was the place where mama and papa first met. The building will always mean so much to us.”

“For us, there wouldn’t have even been a love story to tell, if it weren’t for the Boekentoren. It all began in Spring 2009, whilst we were studying for our exams. I saw Charlotte walk past every now and then, and, if I’m being honest, she was actually one of the main reasons I used to go to the Boekentoren to study.” 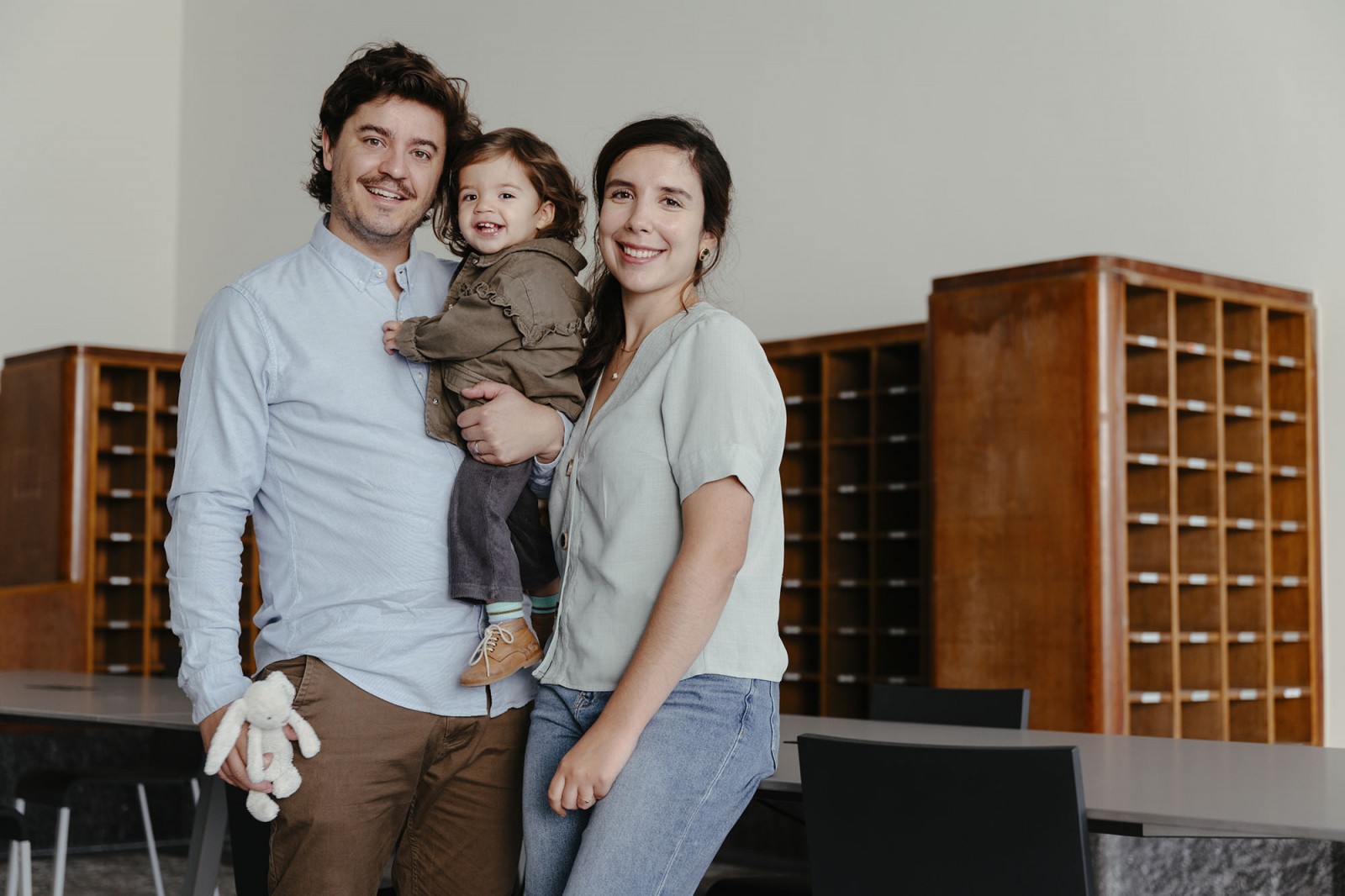 “After a few weeks I decided to take my chances: I went and sat down a bit closer to where she was studying. I was incredibly nervous, and it started to get really warm in the study hall. My armpits got sweatier and sweatier. No problem, I thought. I hurried back to my digs and put on a clean shirt, sprayed a bit of deodorant under my arms, and splashed a bit of aftershave on my face for good measure. And when I got back, there was a sheet of A4 lying on my desk.”

“‘It’s okay to be gay’, it said. I asked around and quickly found out that it was she who had put the message on my desk. She was probably alluding to the fact my best friend Gilles and I were always together. Anyway, if nothing else, it broke the ice, perhaps not quite in the way I had hoped, but still…. I leaned back and asked her out on a date. A few days later we kissed for the first time. And from then on, Charlotte and I were inseparable. We got married ten years later, and last year, our first child was born on Valentine’s Day. All thanks to the Boekentoren.”

De Boekentoren: so much more than a magnificent monument