The Boekentoren: so much more than a magnificent monument

The Ghent University Boekentoren tower is a 64 metre high architectural masterpiece. But the tower is so much than just a monument. “It is a beacon of science, a fountain of knowledge for both researchers and students,” says head librarian Dries Moreels.

A tower of books and more…

When Henry Van de Velde first sat down to design the tower in 1933, the task before him was clear and simple: he had to design a building that would be big enough to house the Ghent university library in its entirety. And the final result? It was, and is, quite literally, a tower of books.

But it is more than that. The Boekentoren also offers periodicals and important heritage collections, ranging from medieval manuscripts, artists’ archives or paintings to truly the craziest things. “We even have the very first bread bag from the well-known Ghent baker Bloch here in our safekeeping. All thanks to librarians who always believed that it was important not to throw anything away. “

“Something like that may seem pretty trivial at the moment itself, but as time passes it becomes a historical artefact. So you could also call the Boekentoren a sort of depository library. If you were to put all the various artefacts, the books, journals and the periodicals together, at the moment it adds up to approximately 65 kilometers’ worth of material in total.”

Is the tower not in danger of becoming full? “That will definitely happen one day, because, we won’t be adding any more floors on top,” laughs Dries Moreels. “But on the other hand, we often remove certain things from the collections which we know to be both well-preserved and easily accessible elsewhere.” And of course, Ghent University’s academic works are not all kept in the Boekentoren. Every faculty within the university has its own library. And these, together with the Boekentoren, form what is known as the Ghent University Library.

"If you were to put all the various artefacts, the books, journals and the periodicals together, at the moment it adds up to approximately 65 kilometers’ worth of material in total." 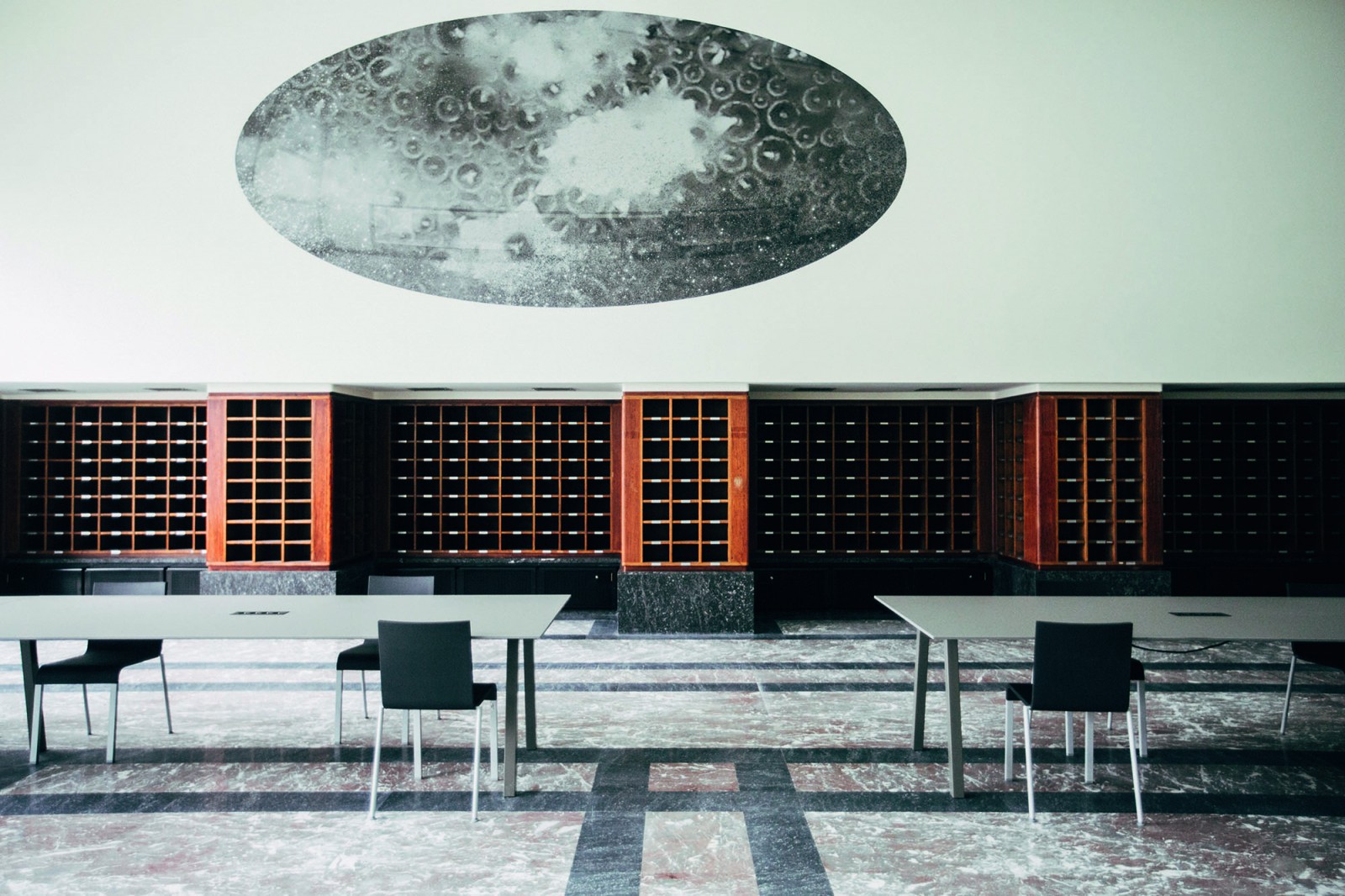 Safekeeping is one thing, but you can also consult and borrow everything as well, even those unique pieces that are part of the heritage collections. “These can only be examined on site of course,” explains Dries Moreels. “Once an article has been requested, we bring it to the reading room, and there you can look at it at your leisure.”

But there is also a good chance that what you are looking for is already available online. This is because the Boekentoren has been a forerunner in the digitalisation of its collections and books. “We scan or photograph more than 10,000 items every year,” says Hendrik Delfoort, curator of the collection. “The online collection continues to grow organically, based upon the requests that we receive. Whenever a researcher requests a certain manuscript, for example, we scan it and send a copy of the scan to the person by email, and then save it immediately to the online archives.”

And then, of course, there is the role of Google. Some 300,000 books have already been made available online via Google Books. “We were the first university in Belgium to co-operate with the Google Books project. At that time, the only collections available online were those of Harvard, Stanford and the University of Oxford,” Hendrik continues. “In the meantime, our collection receives 140,000 unique visitors per day.” 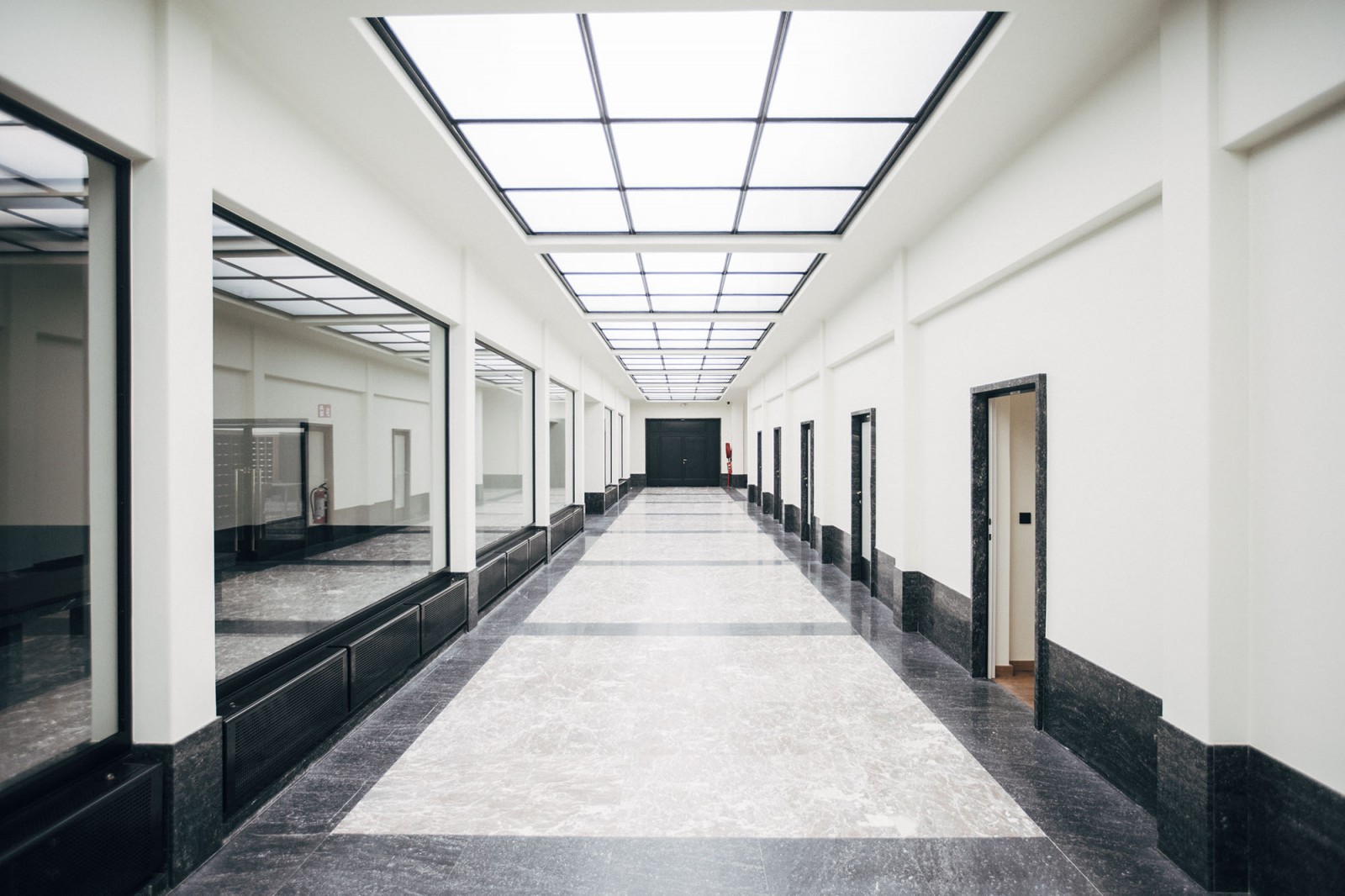 “For the students it is a real meeting place. They often get together here with their friends. And some even meet the love of their life here!” ”
67-33

But if the future is to be digital, then what does this mean for the physical library? “Paper has certainly proved its use as a simple means by which to become acquainted with languages and culture far removed from our own,” says the librarian, “it is now up to us to continue to attract those people who are eager to discover more.”

And it certainly doesn’t seem as though the Boekentoren is going to become a white elephant any time soon. The study room is a real hot spot for hardworking students. “During the exam periods it becomes really crowded, but in fact, whatever the time of year, you’ll always find lots of students here, all with their noses in a book.”

But of course, it isn’t just a place to study. “For the students it is a real meeting place. They often get together here with their friends. And (laughing) some even meet the love of their life here!”

After nine years of restoration work, the Boekentoren is finally open to the public once again. And even if we say it ourselves, it looks even better than ever. Would you like to come and see the renovated tower for yourself? That’s no problem at all: you can book either a physical and/or a virtual tour. 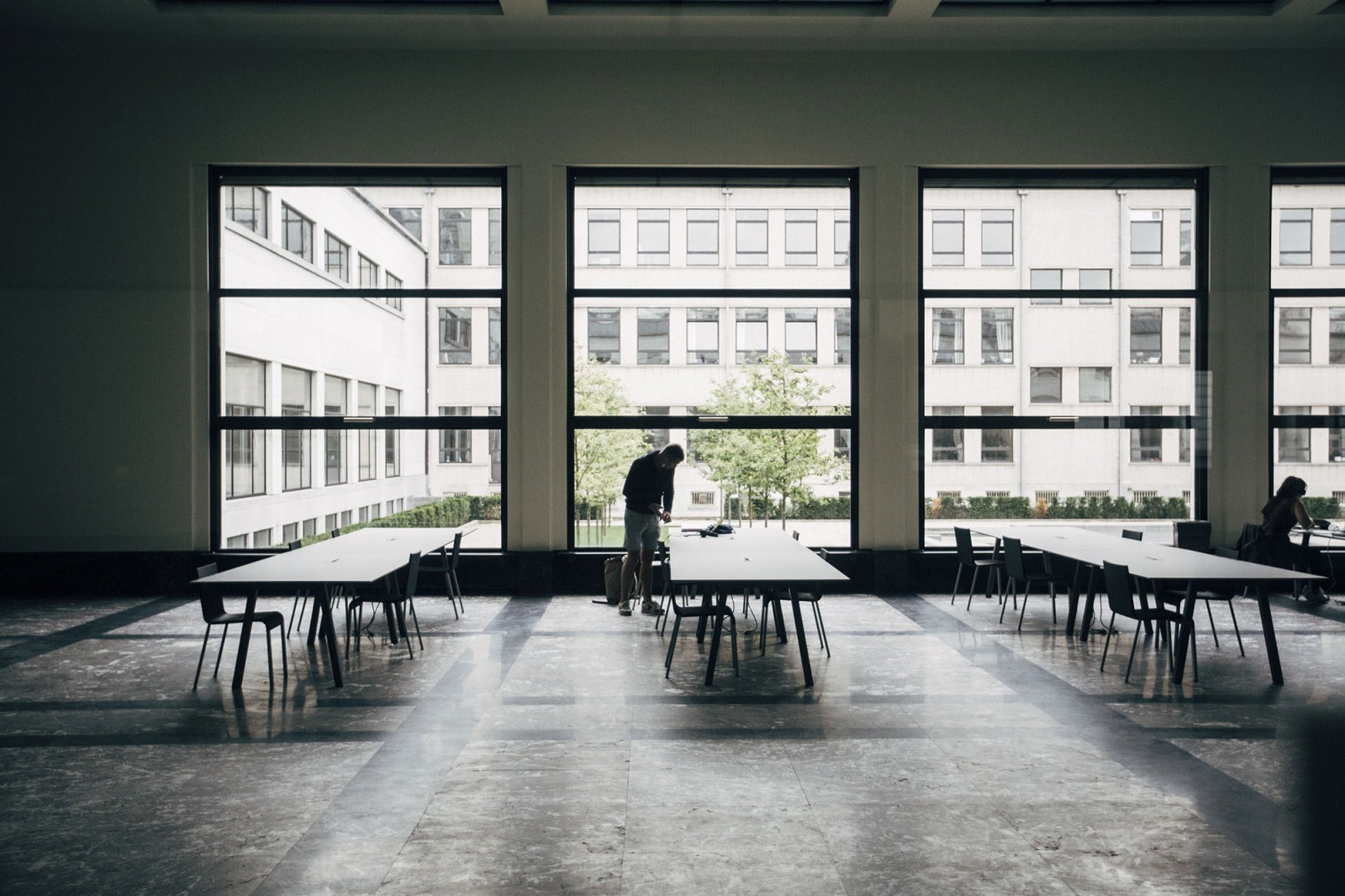 Do you recognise this Ghent University location? One of the many doors that the university offers. Maybe you can deduce something from the lion's head? Or is it the weathered blue stone that gives it away? The checkerboard motif?

For almost eighty years, the Boekentoren has been home to the kilometers and kilometers of books that belong to Ghent University. But what many people don’t know is that during the Second World War a father and his daughter also made their home here amongst the millions of titles.

"Housing different faculties in the same building is a huge advantage"

Forget Tinder, head for the Boekentoren

The place to be if you are looking for scientific literature, periodicals, theses or manuscripts…. And who knows, maybe even the love of your life? For some, the magnificent setting of the Ghent University Boekentoren tower has not only been a place to study, but also the beginning of something beautiful.