Every day, professor Xavier Saelens and his team work on new and improved vaccines and medicines to counter flu and corona viruses. Recently, they’ve been doing their work in a new research facility. “Our primary goal: to help patients.”

The new research facility is located in Tech Lane Ghent Science Park, in Zwijnaarde, a part of the municipality of Ghent, Belgium. It’s not the type of building you see every day: it’s the only one at the Science Park, and one of only two in Ghent, that has been equipped with a BioSafety Level 3 laboratory. Researchers use BSL-3 labs to study viruses and bacteria that easily spread among the population – such as flu and corona viruses.

Today, it’s obvious for everyone that this type of research is essential. Yet, Xavier Saelens confides that plans for the new research facility had already been in the pipeline when the covid-19 pandemic was still the stuff of science fiction. He’s a professor at the department of Biochemistry and Microbiology and heads the Saelens Lab at VIB. His research group makes use of the laboratory.

“Initially, there was some doubt as to whether a lab like this was really necessary,” he says. “I mean, it was an investment of 2 million euros we were talking about. However, I kept hammering on its fundamental importance together with Nico Callewaert, the director of the Center for Medical Biotechnology. The unexpected outbreak of SARS-CoV-2 confirmed that this was the right course of action.” 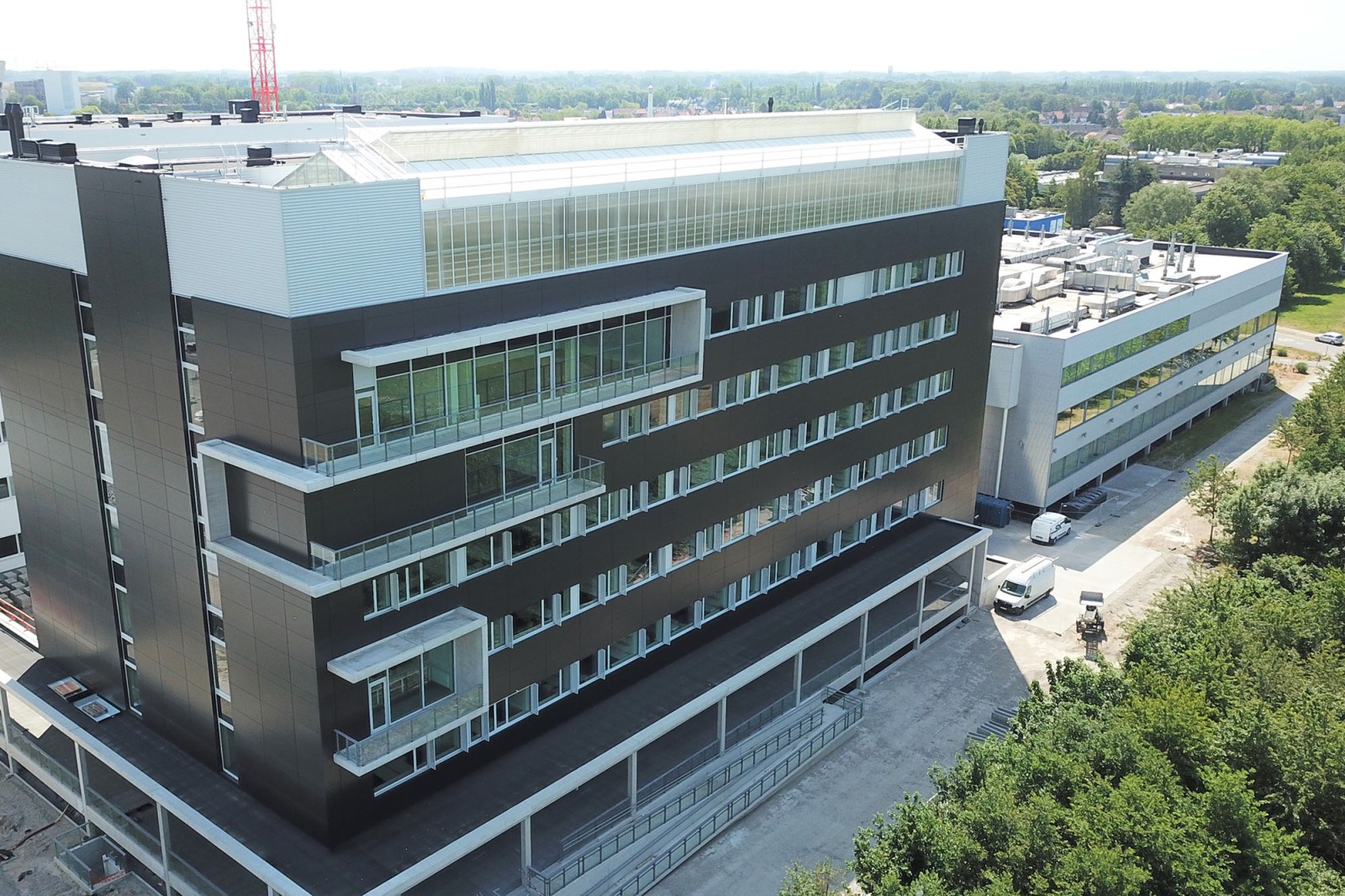 The research facility FSVM II encompasses 15000 m² and is located in the Tech Lane Ghent Science Park in Zwijnaarde, Belgium. Scientists from VIB-Ghent University Centre for Medical Biotechnology, among others, do cutting-edge research there in the spirit of pioneers Walter Fiers, Jeff Schell, and Marc Van Montagu.

FSVM II is the main base of operations for no less than nine biotechnology research groups. The building has six storeys and, besides its researchers, it also boasts an animalarium and – all the way at the top – a greenhouse. The latter is the working area of plant bio(techno)logists.

Every part of FSVM II was meticulously designed for research, sporting world-class infrastructure for proteomics or protein research, protein engineering, and experimental medicine. Its crown jewel is the BioSafety Level 3 laboratory, where professor Xavier Saelens and others conduct research into airborne pathogens such as the corona virus.

The research group’s initial plan was to study influenza and Mycobacterium tuberculosis in the new lab. But then the corona crisis happened. Koen Sedeyn, postdoctoral researcher and coordinator of the BSL-3 facility at the Saelens Lab, recalls the enormous pressure they were under at the onset of that period in time.

“Corona forced us to focus on SARS-CoV-2-virus immediately. But the building hadn’t been finished yet, and we were running out of time. Before we could start researching this dangerous virus, everything in the lab had to be in order. We couldn’t afford a rush job.” In December 2021, they finally got the green light: the BSL-3 laboratory in research facility FSVM II was fully operational.

Level 1 viruses and bacteria are the least dangerous, level 2 carries more risk. “Viruses and bacteria that belong to level 3 are the kinds that can make people seriously ill or for which there exists no treatment. Category 4 are lethal viruses, such as Ebola.”

The new BSL-3 facility is the only lab of its kind in Ghent that deals with this type of research. Xavier: “There’s a similar lab in the University Hospital in Ghent that deals with blood-borne pathogens, like HIV. The Faculty of Veterinary Sciences in Merelbeke also has a BSL-3 facility that accommodates work with large test animals. But this is the only place where we conduct research into airborne biological pathogens. 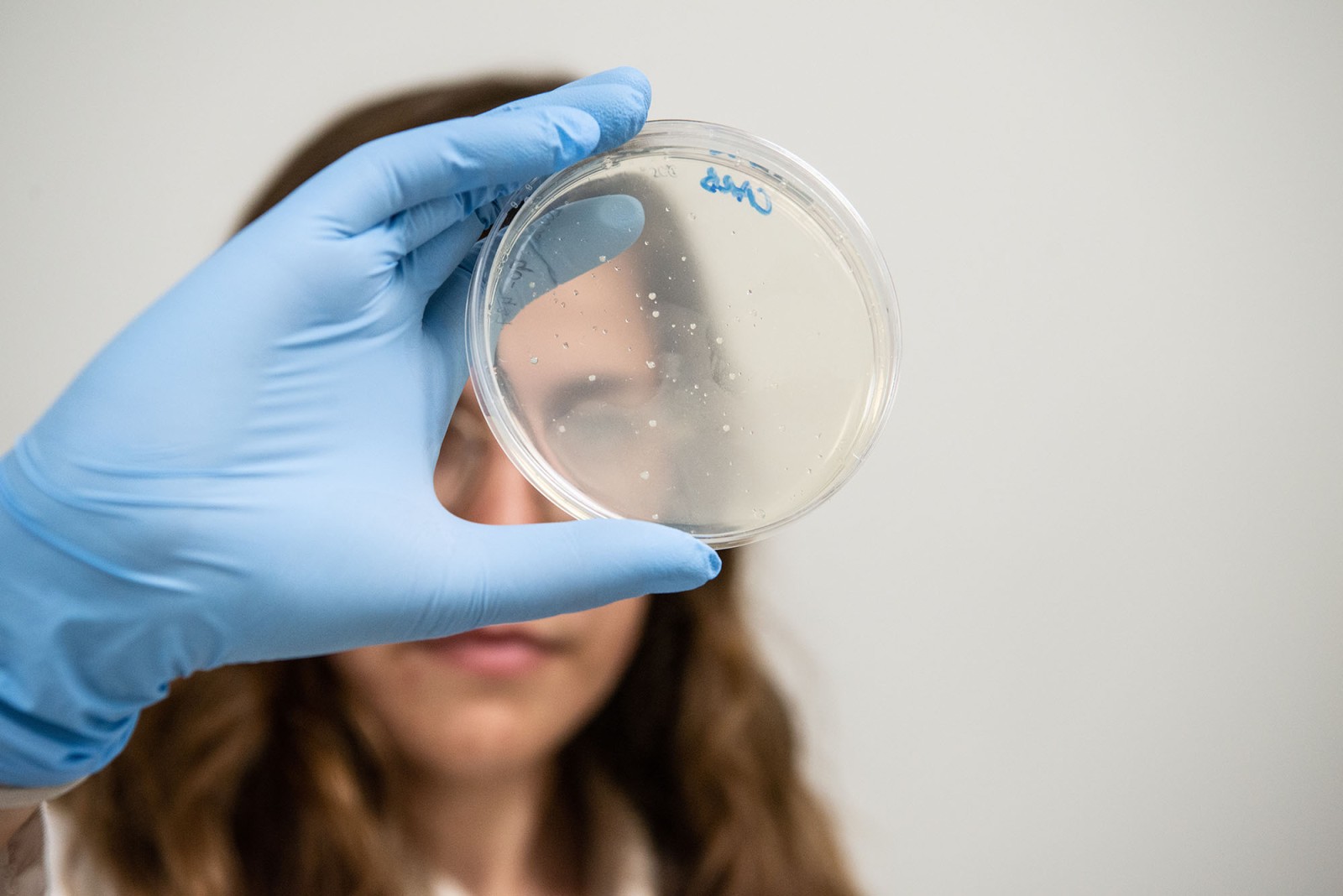 In the research lab, Xavier Saelens’s team does the groundwork for new and improved vaccines that are later brought to market by pharmaceutical companies, such as the one for COVID-19. (photo: Koen Degroote)

In the lab, Xavier’s team does the groundwork for new and improved vaccines that are later brought to market by pharmaceutical companies, such as the one for COVID-19. The research doesn’t focus on classic vaccines, Xavier explains: “A ‘regular’ vaccine causes the human body to create antibodies to defend itself against specific viruses or bacteria. But it does take a couple of weeks before they become active. In our laboratory, we fabricate the protecting antibodies themselves. When you inject them, you gain immediate immunity.” This type of vaccination is called ‘passive immunization’.

The research results are quite promising, according to Xavier. “The antibodies immediately become active and stay in the system for a number of weeks before gradually disappearing again. This creates new possibilities to combat corona outbreaks in places such as residential care centres, for example. Residents who are at a higher risk of infection are administered the antibodies and become immune immediately. Right now, we’re testing certain antibodies in the BSL-3 lab that we suspect could be used to combat a broad spectrum of SARS-CoV-2 strains. Our final goal: to help those who are at high risk of becoming seriously ill from covid.”

In the meantime, they continue their experimentation with vaccines to fight the human flu virus or influenza. “Each year, new flu strains appear,” Xavier explains. “Flu vaccines, therefore, also have to be adjusted year by year. Not all components change, but as soon as just a single component does change, the vaccine requires an update.”

Besides this, they also conduct research into an ‘old’ strain of influenza: the so-called Asian Flu. Between 1957 and 1968, it caused an annual flu epidemic, but then simply disappeared. People born after 1968 didn’t come into contact with the Asian Flu anymore and therefore didn’t build up immunity against that strain of flu virus. Xavier: “Our hypothesis is that a virus that has disappeared may always return. This is why we keep a close watch on these old strains.” 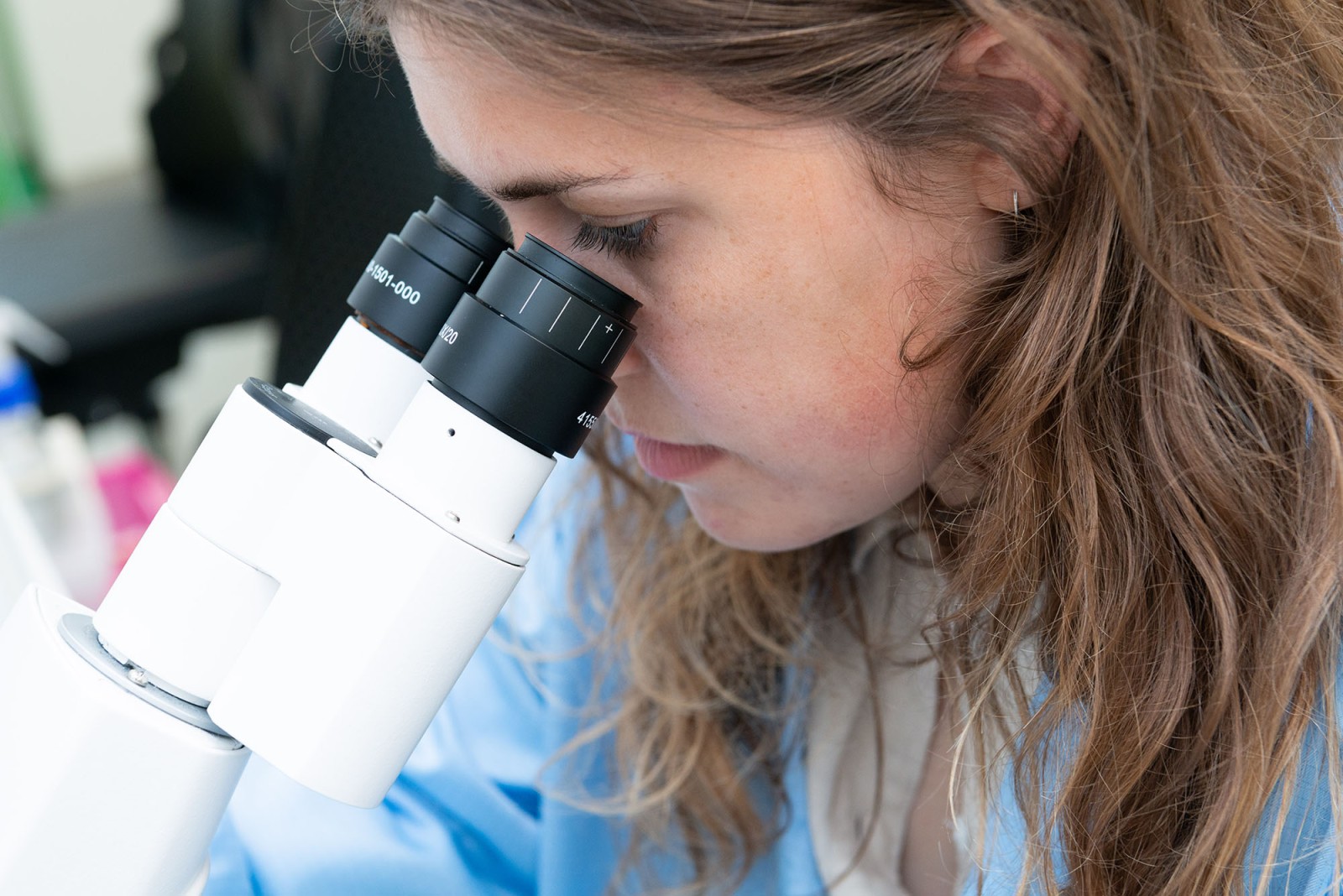 The team they continue their experimentation with vaccines to fight the human flu virus or influenza. “Each year, new flu strains appear,” Xavier explains. “Flu vaccines, therefore, also have to be adjusted year by year. Not all components change, but as soon as just a single component does change, the vaccine requires an update.”(photo: Koen Degroote)

An airborne flu or corona virus escaping from a BSL-3 facility could have very dire consequences. “That is why we stick to strict protocols,” Koen assures us. “First and foremost, they protect lab workers.”

The BioSafety Level 3 facility was built as a ‘box-in-a-box’. The lab is located in a zone where the doors can only be opened with specific ID badges. Koen: “Besides this, the facility also has an entirely autonomous ventilation system to prevent viruses or bacteria from escaping. Should we suffer a power outage, first a battery takes over, followed by a diesel generator. Since we keep the air pressure negative in the lab, that means air always flows from outside to inside. Never the other way around.”

Luckily, people in the lab don’t notice this at all. “We keep a close eye on the negative air pressure, and register it consistently. Should problems arise, we immediately sound the alarm.” BSL-3 employees wear FFP3 masks. “They fit the face very snugly. It takes some getting used to in the beginning.”

They’re not required to wear astronaut suits though. “In BSL-4 facilities, where deadly viruses are kept, on the other hand, those are mandatory,” says Koen. “Here, we change our regular clothes for two separate layers of work clothes. But first we have to pass through airlocks. Because of this, it takes us about a quarter of an hour to get to the lab. We always work in ‘laminar flow cabinets’ that suck in air through a HEPA filter (filter with extra-small pores, ed.). This way, the air in the metal cabinet is sterile, which allows us to handle the viruses in a sterile environment. We wear two pairs of gloves. We leave our outer gloves in the cabinet, so dangerous viruses and bacteria cannot use them as an escape route.”

All employees have prior work experience in a BSL-2 facility. Koen: “Because of this, we know what it’s like to work in laboratories containing dangerous pathogens. We are extremely cautious, but not paranoid. After work, we just go home like everybody else.”

Do you recognise this Ghent University location? One of the many doors that the university offers. Maybe you can deduce something from the lion's head? Or is it the weathered blue stone that gives it away? The checkerboard motif?

"Housing different faculties in the same building is a huge advantage"