We are learning much more about the spread of the virus. And that includes knowledge of how to track down infections. This is currently done with the PCR test or rapid antigen test, using a stick in the nose or throat. Annoying, not to mention time consuming, in the case of the PCR test. However, since the virus spreads via aerosols in exhaled breath, it is theoretically also possible to test that air for infection. The problem is: how do you translate the theory into practice?

It was the research centre imec who took the first steps in developing such a breath test. Using technology that detects virus particles in exhaled air they were able to detect corona via the breath.

However, making an easy and convenient test to suit all end users is a few steps further. This called for an interdisciplinary approach via imec-MICT-UGent. Researcher Klaas Bombeke, experimental psychologist, and professor engineer Jelle Saldien got involved in developing the breath test.

“We have a group of product designers, predominantly engineers, and a group of user researchers, who are communication scientists and psychologists”, explains Klaas. “Together we are investigating how the end user uses a product, and how to make something to match.” In this case the research group built various test configurations and a software tool which provides feedback about the blowing experience in these tests. 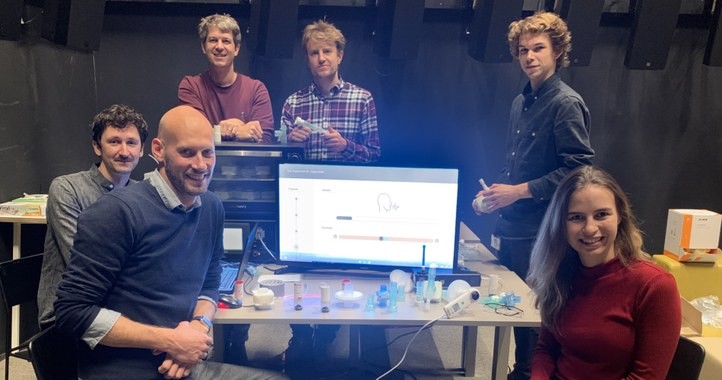 The concept of the breath test is nothing new. Just think of the alcohol test that the police have been using for years to check the alcohol level in the blood. This test also involves blowing air through the device, and you don’t have to wait long for the result. However, the underlying technology is entirely different, explains Jelle. “The corona breath test includes a sort of sieve. Quite literally in fact: a sieve with microscopic holes which filter aerosols from our exhaled breath.”

How do people breathe?

The first question posed by the research group was immediately a very practical one, namely: ‘how do people breathe?’. “The sieve only captures virus particles if you blow fast enough”, explains Jelle. “But that was a problem. The speed at which people blow actually varies tremendously. Some people blow much harder than others.” So how do you make people blow ‘properly’?

A matter of basic psychology, says Klaas: “You can’t just ask them to blow as hard and for as long as possible, because different explanations lead to different results. People interpret instructions differently. For this reason we gave the feedback to integrate a speed meter. The solution was an arrow: when this points to green, the test is considered successful.” 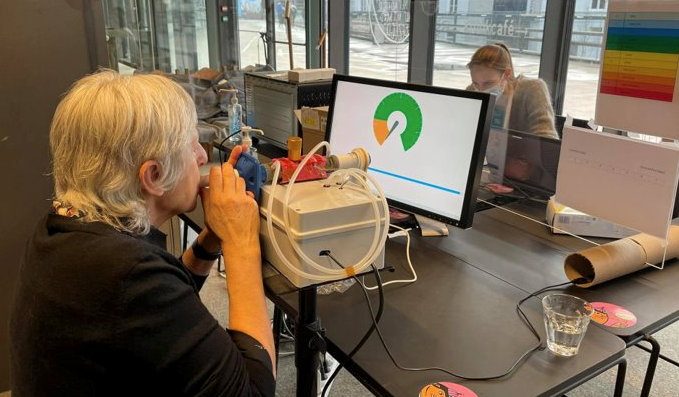 “Another important research question was: is the test suitable for everyone?”, continues Jelle. “After all, it certainly needs to be accessible, pleasant and clear for the elderly, children or people with lung complaints.”

Klaas: “Therefore, as an example, we took the test along to a nursery school, where we asked a group of twenty infants to blow.” For them, the software developers created an alternative version: “They had to blow a boat from one island to the other. That’s a much better approach for such a group.”

The research group also dealt with all kinds of other questions. For instance, which mouthpiece did people find most comfortable? Whatever the puzzle: each research question was tackled in an identical manner. Jelle: “We always begin with the whole team. We test things ourselves, think up solutions, and give feedback on the software. Then we move on to experimental research: testing with people we have recruited. Using those results as a basis we complete our research.”

The reliability certainly looks very promising: a large clinical study highlighted that the breath test would detect infection following high-risk contact earlier than a rapid test. The technology is now in the hands of the imec spin-off, miDiagnostics. They are investigating how they can market the test affordably and on a large scale. This is possible partly thanks to a pilot study at Brussels Airport: in the test centre, departing passengers can take the breath test alongside the standard PCR test. Meanwhile, the EU has invested in the procedure. Klaas: “If all goes well, the breath test will be available in many places this summer or in the autumn.” 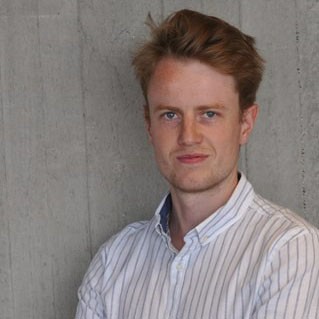 Klaas Bombeke achieved his doctorate in the department of Experimental Psychology. He is now a senior researcher at imec-mict-UGent, where his focus lies mainly on neurophysiological experiments to launch innovative technology that is ‘people friendly’. 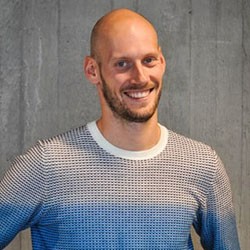 Prof. Jelle Saldien (Faculty of Engineering and Architecture) has been part of 2018 imec-mict-UGent since 2018. In the same year, the newspaper De Tijd called him a ‘tech pioneer’, someone who works today on a future that we can’t even imagine. In 2019, he received the annual prize for science communication for his project ‘open platform for social robots’.