“From an infection point of view, we should already have gone to code red in September.” That’s what Professor Steven Callens of UZ Gent says. As head of the Infectious Diseases department, he was one of those who gave advice to the rector about switching to code red. “We are concerned about the health of the students. The virus will only stop through human actions,” he says.

The decision of Ghent University to switch to code red didn’t come about just like that. Several experts, including you, Professor Callens, offered advice.

Professor Callens: “The final decision itself is the responsibility of the rector. But he interviewed a lot of people in different parts of the university, about … amongst other things … what the epidemiological situation is. But also what the impact of code red would be on students, classes, and staff. The reason we finally went to code red was because we’d already seen an increase in numbers before the academic year. We expected an exponential rise in the weeks that followed, and it turned out that way. As a doctor, I could only say: it will get worse. The curve is rising exponentially fast.”

You are a doctor yourself and see the seriousness of the situation every day.

Professor Callens: “The situation is dramatic. A few weeks ago, about three patients a day came here to UZ Gent. Now there are already eleven. Across the country, we could fill a small hospital with corona patients every day. There are about sixty hospitals in Belgium. With the current exponential growth, you know that they will be full within roughly two weeks. That means that from that moment on there’s nothing more we can do, and so might end up with the situation Italy faced during the first wave … in other words, the patients who were already in hospital during those two weeks also become infected. So we have to take action now.” 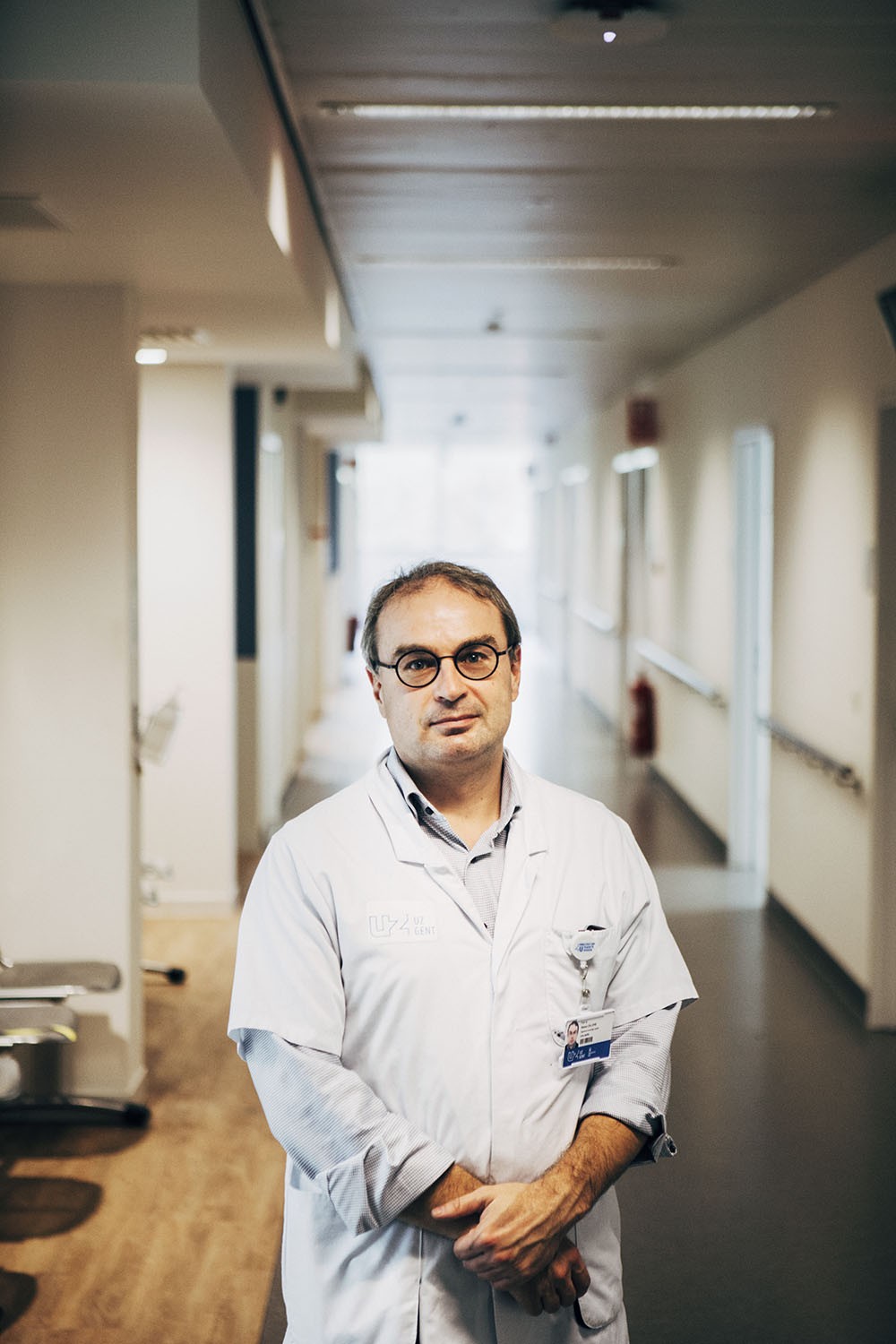 You refer to the exponential growth curve as one of the determining factors in the decision. The numbers aren’t just going up, they’re going up exponentially. Can you explain this a little more?

Professor Callens: “Exponential growth means that a number keeps multiplying by the same growth factor. We know that an infected person infects between 1.3 and 3 other people. So if you have one case in the first week, it may be three by the following week. Then 9, 27, 81, ... very quickly, you’ll have tens of thousands to even hundreds of thousands of infections if you do nothing.”

So was code red the only option?

Professor Callens: “From a pure infection point of view, we should have gone to code red in September. We’re concerned about the health of the students, and their mental health too. I also would really like a return to normal social contacts, but they are perhaps less important for me than for a student. Their social network has been completely undermined. This contact is particularly important in the first years at university, however, well-being comes first and must always come first. The virus will only stop through human actions. The spread is going extremely fast and keeping our distance is the only thing we can do. Currently everyone has to make a sacrifice. Not for the health workers or for the hospitals, but for the parents and the grandparents. They are at risk of complications from COVID-19.” 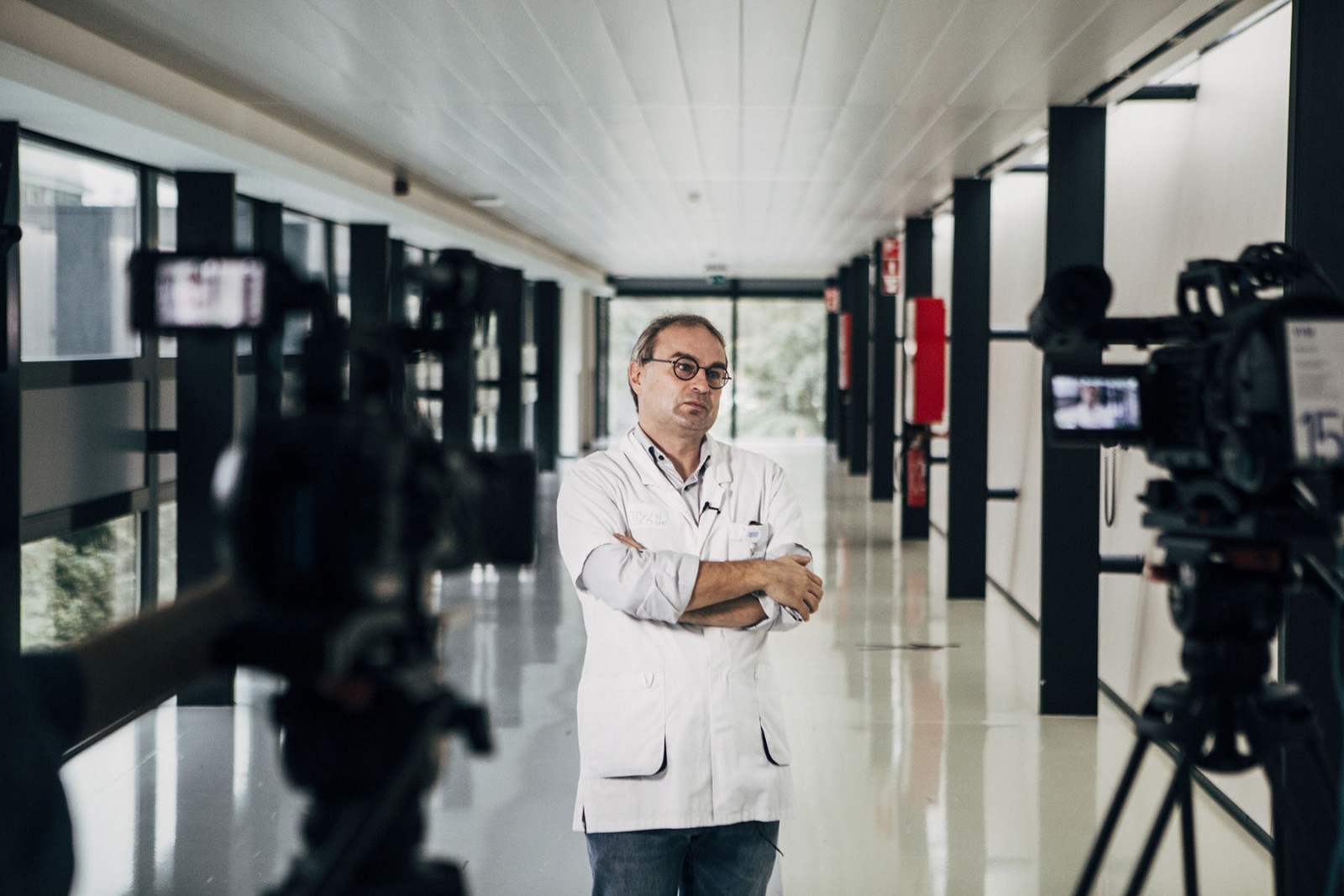 Code red has a big impact on student life, and yet we don’t know for certain whether there is a lot of contamination in the auditoriums. So why code red?

Professor Callens: “We still know too little about exactly how the disease is spreading. We just know that the virus can spread very quickly. In a well-ventilated room, where everyone is at a safe distance, this is not such a problem. But it is when people are moving about … think of the time before and after classes. When tens or hundreds of students walk together through the corridors of a building, you run the risk that a safe distance cannot always be maintained. Sometimes too masks come off to eat or drink something. Those are the times when the virus can spread very quickly. Those are risk factors. And because we are now in this exponential growth, there is a good chance that infections will happen among students. For sure even. Then those students go to their parents, their grandparents, …”

Is there data available that shows that the infection is spreading among students?

Professor Callens: “We could indeed choose to generate all the data first and then make a decision based on that. As a scientist I would prefer nothing more. Unfortunately, we don’t have that choice. As a doctor, I only see that the hospitals are going to be full within fortnight. The healthcare system is the last stop. Doctors and hospital beds are not the solution. We’re working with the tap open. It is the whole of society that is the solution. The virus will take advantage of our behavior. We have the keys in hand.”

The healthcare system is the last stop. Doctors and hospital beds are not the solution. It is the whole of society that is the solution.
Professor Steven Callens
67-33

Do you have a message for the students during this difficult period?

Professor Callens: “This is a pandemic in which we really have to think about others. We cannot be selfish. There are a lot of people who’ve made a lot of sacrifices, including the students. I hope that if everyone does his or her bit, we will get there. By limiting our individual freedom for a while, we can do something for our collective freedom.”