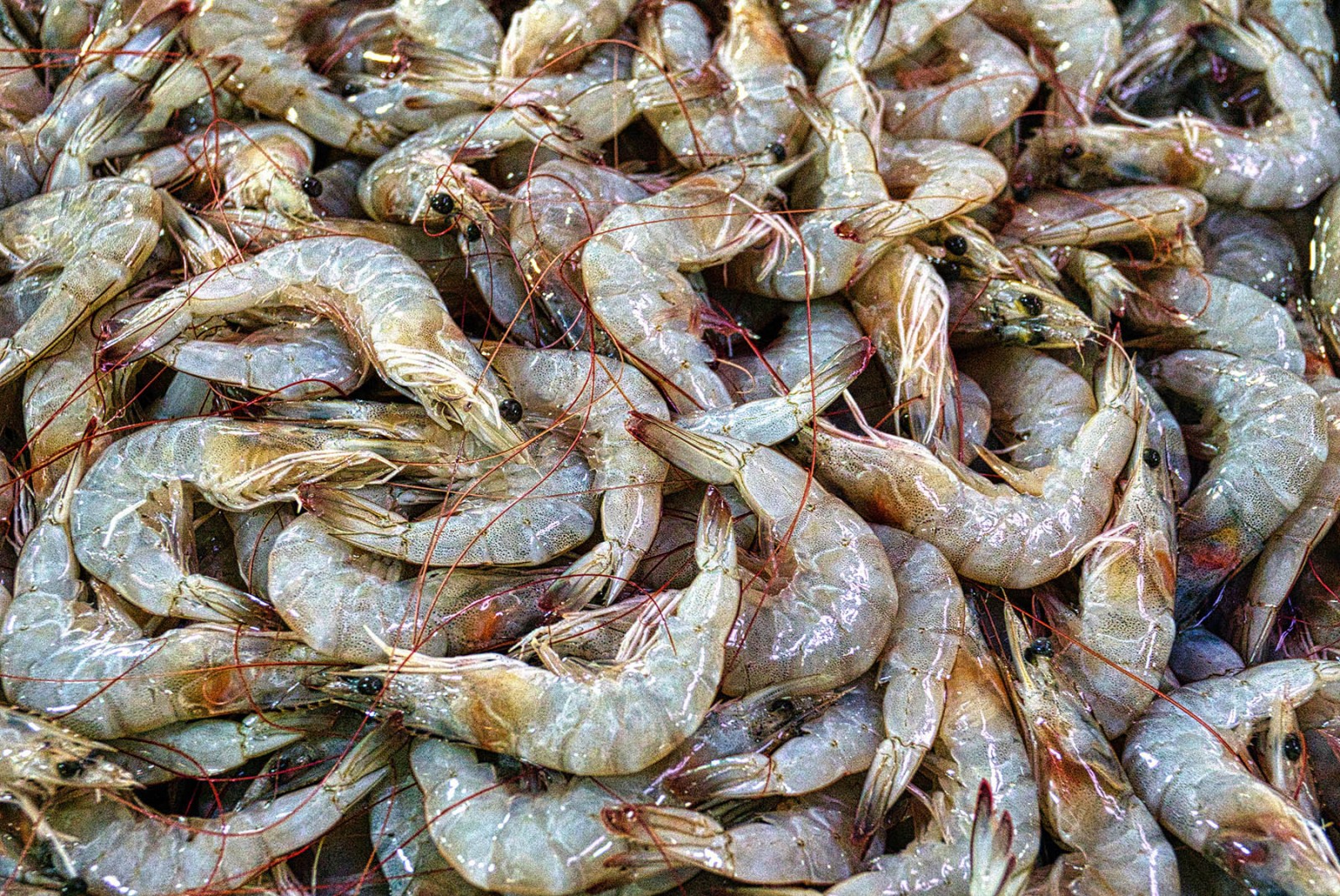 If we want to continue enjoying our weekly portion of fish or shellfish in the future, it will be largely thanks to aquaculture. Just call it the fish farm of the future. Ghent University is one of the world’s top researchers on the sustainability and development of aquaculture. “It may sound pretentious, but the 5 million tons of prawns and scampi farmed worldwide all have something to do with Ghent University,” says professor-emeritus of aquaculture Patrick Sorgeloos.

The role of Ghent University in the development of aquaculture cannot be overestimated. Professor-emeritus Sorgeloos explains: “We are known worldwide as the specialists of the brine shrimp Artemia. That is the baby food of fish and crustaceans in aquaculture.”

The world reference center for Artemia is to be found at Ghent University. The ARC (Artemia Reference Center) has been doing research into the production, quality control and use of this baby food since 1978.

“The brine shrimp produce embryos - cysts - which can be dried. With that powder — I call it ‘magic powder’ — you can produce living plankton within 24 hours. When we started, world consumption of that powder was less than a ton. Today, it is between 3 and 4,000 tons a year! This increase in scale has been possible thanks to the Artemia techniques that we developed together with other labs at Ghent University and abroad, and the commercial applications via the spin-off Artemia Systems (today known as INVE Aquaculture, Ed.).”

Fish farm of the future

So what does that mean for the consumer? “When we started our research center, barely 5 percent of seafood came from aquaculture. 95 per cent came from fishing. Today, it is already half. No other food production sector has experienced such growth in recent decades. And that share will continue to increase, because the world population is growing and as a result, there is increased demand for fish and seafood. At the same time, fish catches are stagnating or even declining due to overfishing. The most important challenge of both fishing and aquaculture is sustainability. In aquaculture, important steps have already been taken, but there is certainly room for improvement.”

The scope of the ARC has broadened over the past 40 years and now covers much more than just the brine shrimp, hence the change of name to Laboratory of Aquaculture and Artemia Reference Center. Together with colleagues at home and abroad, the center also does research into other fish and crustaceans in aquaculture.

To make aquaculture more sustainable, cooperation between various disciplines is necessary. Already in the late 1970s, biologist Patrick Sorgeloos enlisted the expertise of his colleague microbiologists, geneticists, bioengineers and pharmacists at Ghent University and elsewhere in the world. “Avant la lettre, we were engaged in interdisciplinary research to map microbiological, nutritional and health aspects in artemia, and later in aquaculture.”

“From the 1990s onwards, the labs involved began to broaden their scope of research in aquaculture. For example, by investigating how the use of antibiotics in aquaculture can be reduced. This is crucial research to make the sector more sustainable. Today, the virology lab of Professor Nauwynck (Faculty of Veterinary Medicine) is researching diseases in shrimp in order to come up with prevention and treatments.”

On the brink of a breakthrough

The fact that shrimp diseases are a problem for aquaculture is putting it mildly. PhD student Mostafa Rakhshaninejad from Iran has been doing specific research at Ghent University for a year now into one of the biggest threats to shrimp farming: white spot shrimp disease. Mostafa Rakhshaninejad: “The disease is caused by a common virus that can lead to 100 per cent mortality. It is a major threat to aquaculture. My main goal is to find a way to deal with this virus because today there is no antiviral drug against this disease.”

As an antiviral agent, Mostafa wants to use a genetic technology, CRISPR-Cas9. This is a kind of genetic cutter that removes the virus from the DNA. To use the technology in the research phase, Mostafa needs a culture of dividing shrimp cells. But therein lies the difficulty, as he explains. “Cells you get from fish divide very actively. However, this does not happen with cells derived from shrimp. Moreover, the cells we get from the animals do not stay alive long enough. We are currently trying to stimulate the cells to continue dividing in culture.”

Only when Mostafa succeeds in getting the cells to divide in culture will the next step be possible. “Only then can we can start developing treatments against these dangerous viruses.” The prospects are rosy, he reveals. “For the first time, we have seen nuclear division in cells. We are very close to a breakthrough, but need to work a little bit more (laughs).”

The development of preventive strategies and treatments against viruses, such as this research, will make aquaculture more resistant to climate change. Patrick Sorgeloos: “Higher temperatures and more precipitation can lead to increased stress in animals. And shrimp under stress are much more susceptible to disease.” Hopeful prospects, then, for lovers of all that healthy seafood!

Mostafa Rakhshaninejad’s research is the first to be co-financed by the Mama Magda Fund. The Mama Magda Fund makes it possible to obtain a joint PhD degree in aquaculture, explains initiator Patrick Sorgeloos. “I have been involved in development cooperation all my life and I think it is time to cooperate even more with universities in the Global South. In this way, we can build a quality global network of alumni who can guide and develop aquaculture in their countries. Such a joint degree means that a PhD student at, say, the Chulalongkorn University in Thailand, is assigned a co-supervisor at Ghent University and comes to do research at Ghent University for at least six months. The Mama Magda Fund pays the travel expenses, the accommodation costs and the bench fee (the lab costs for the supervisor). Our first cooperation is already a success. Mostafa’s co-supervisor, Hans Nauwynck, was so satisfied with his work that he has collected extra funds so that Mostafa can continue to work on his doctorate here. The idea is that he will eventually finish his research at Shiraz University in Iran.

The name Mama Magda was inspired by Patrick Sorgeloos’ late wife. “Magda was really the ‘mama’ of my foreign students. She thought that I should take more care of the foreign students who worked in my lab. So she organized all kinds of practical things, such as finding a place to live and she took care of the sometimes-travelling family with social activities. After her death the Mama Magda Fund was established, an idea of the then rector Paul Van Cauwenberge.” 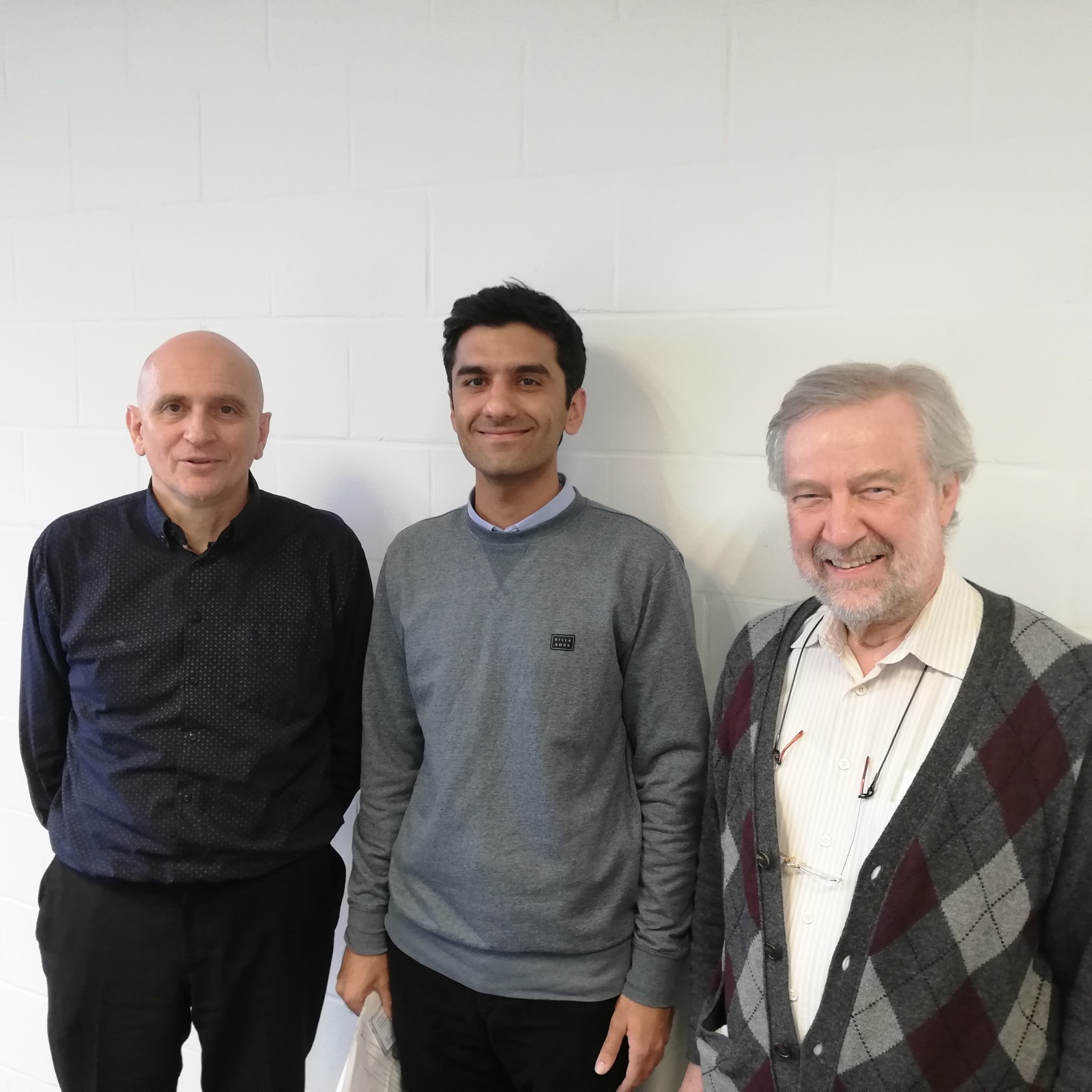