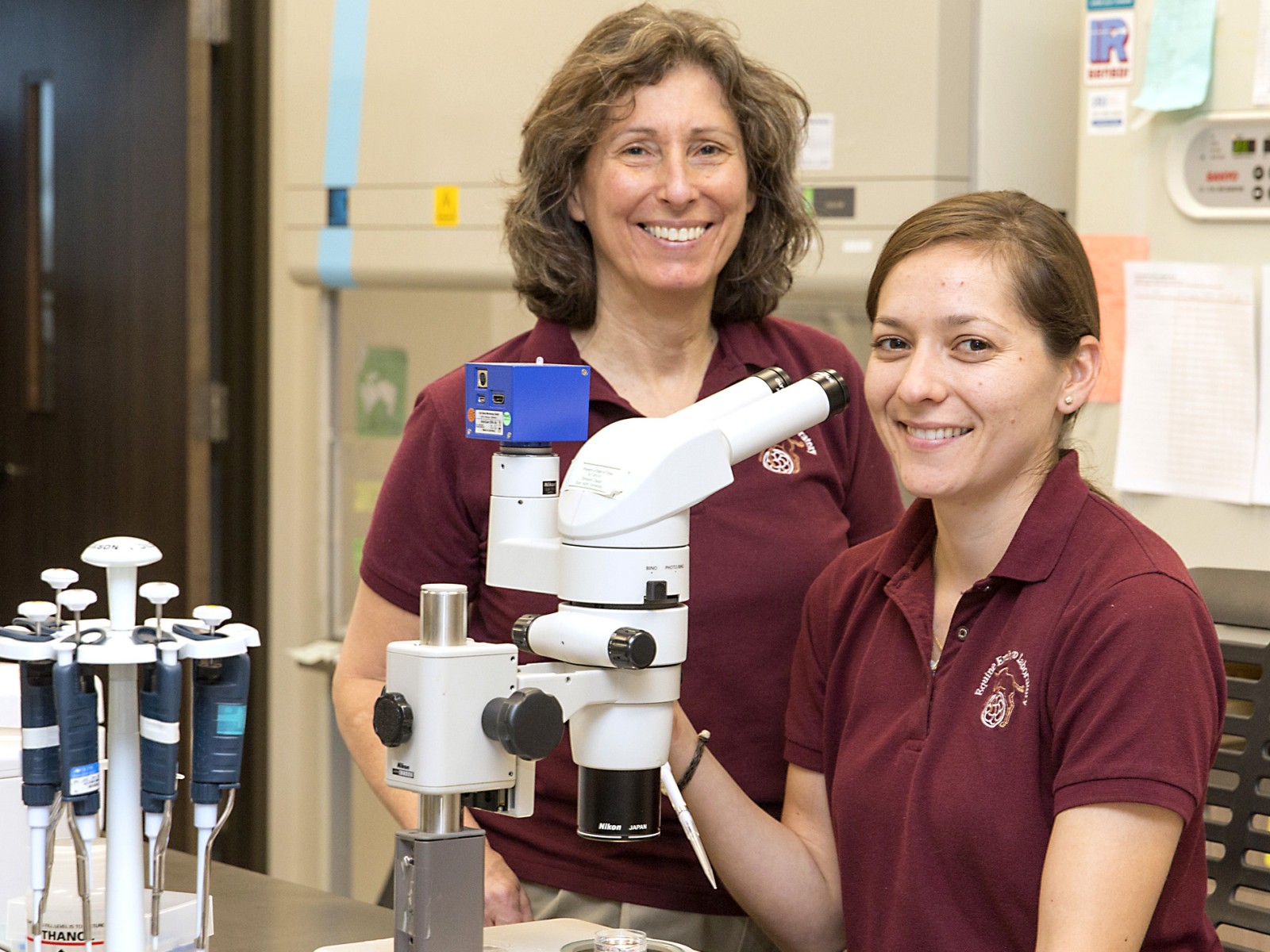 Assisted reproduction in horses is puzzling scientists. For some unknown reason, the easiest and fastest way, in vitro fertilization (IVF), does not work in horses. That there is an alternative is largely due to the pioneering work of Professor Katrin Hinrichs (on the left in the picture), who has been awarded an honorary doctorate by Ghent University.

It was Professor Hinrichs who laid much of the foundation for use of ICSI in horses. This technique is much more laborious than standard IVF, as the sperm cell is manually injected into the egg cell using a pipette. But it is the only valid option for fertilization of horse oocytes in the laboratory for the time being. Professor Ann Van Soom of the Faculty of Veterinary Medicine and promotor of the honorary doctorate describes Professor Hinrichs as one of the leaders in her field. And together with this world-class researcher, Ghent University finally wants to solve this puzzle: why doesn’t IVF work on horses?

“Nobody knows why,” says Professor Van Soom. “When we started researching IVF in horses at Ghent University in 2006, I contacted Professor Hinrichs to learn more. She was very open about her technique and she enthusiastically shared her tips for success. Shortly afterwards, she came to our lab in Ghent. She told us about her experiments, including the ones that hadn’t succeeded. I found Katrin’s vision enormously refreshing. You don’t meet many people like that in the research world: someone who is so open and thinks along with you.” Not much later, the first test tube foal was born in Ghent. Ghent University was thus one of the pioneers in equine in vitro embryo production in Europe.

The collaboration was not limited to that one lab visit. Ann Van Soom: “We could always go to her with questions. Our research was making good progress in the meantime. In time we had so much contact that together we took on a project related to IVF in horses about ten years ago. To finally crack that hard nut. So our collaboration is an interaction and certainly not a one-way street.” 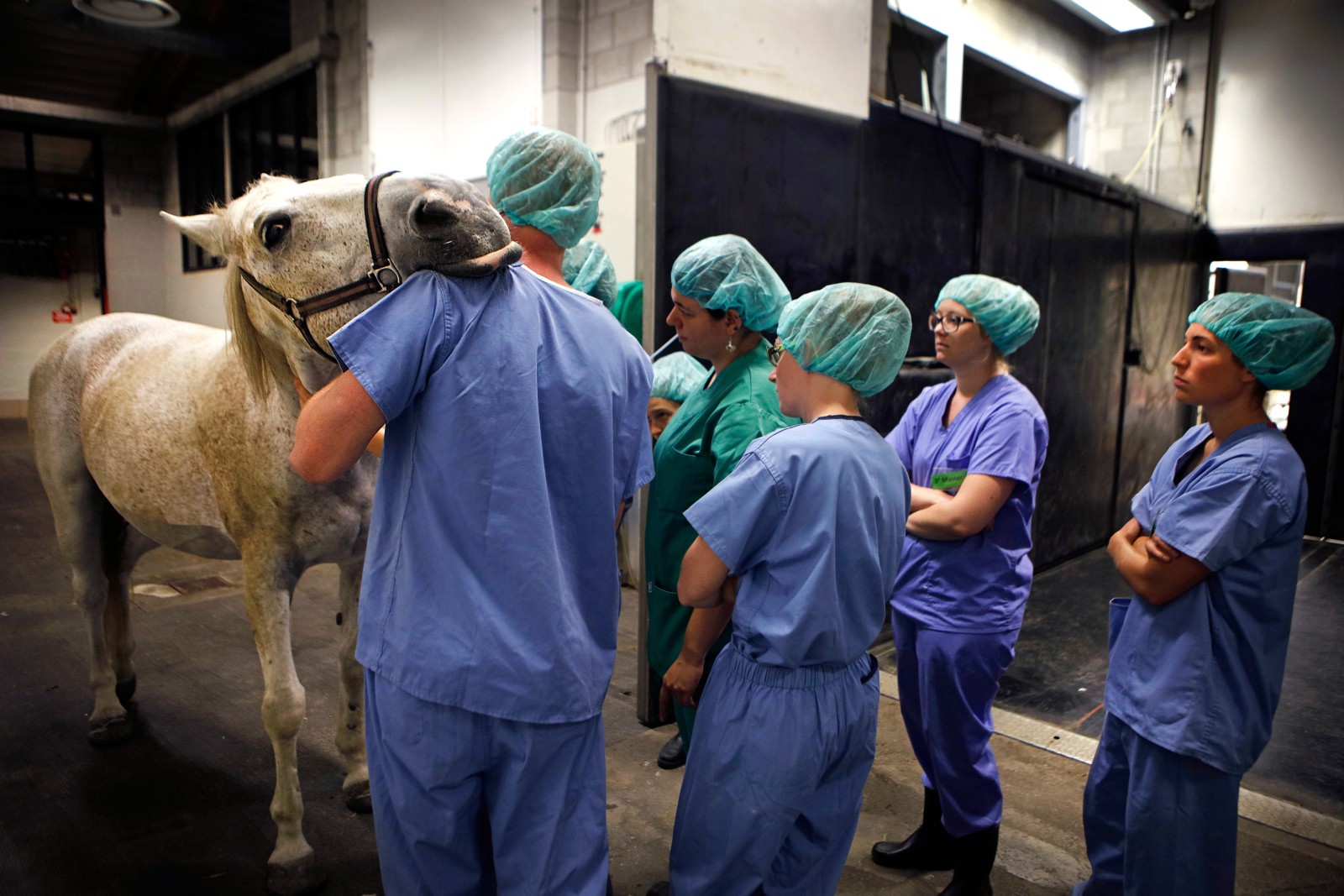 Katrin Hinrichs agrees wholeheartedly. She looks forward to her next visit to Ghent. “It’s rewarding working with someone like Professor Van Soom who is constantly thinking and searching. She also always has great students with new ideas for tackling something just a little bit differently. In your own team you sometimes tend to look in the same direction, so it’s nice to work with people who see different explanations for certain phenomena. This in turn gets you thinking. Our lab has already tested and adopted various methodologies from Ghent.”

An example of these interactions is Professor Hinrichs’ discussions with a PhD student at Ghent: Bart Leemans, who was making progress with his research into fertilization-associated changes in sperm. Katrin Hinrichs: “When Bart shared his data from three years of research, it felt like Christmas! It was research that I could only dream of doing because my lab at that time had no graduate student in this area. We combined his findings with some observations of mine and were able to cross-fertilize our ideas, which led to a whole series of new studies.”

Katrin Hinrichs is not only very open about her techniques, but also shares her failed experiments. She has a good reason for this: “You don’t make progress if everyone is always trying to solve the same problems. That’s why I not only share what works, but also what doesn’t. In that way other researchers don’t waste time trying to see if something works that we have already found out does not. There are so few people doing research on assisted reproduction in horses, we need to build on each other’s work. And you can’t build knowledge without communication.”

"You don’t make progress if everyone is always trying to solve the same problems. That’s why I not only share what works, but also what doesn’t. In that way other researchers don’t waste time."
Honorary doctor Katrin Hinrichs 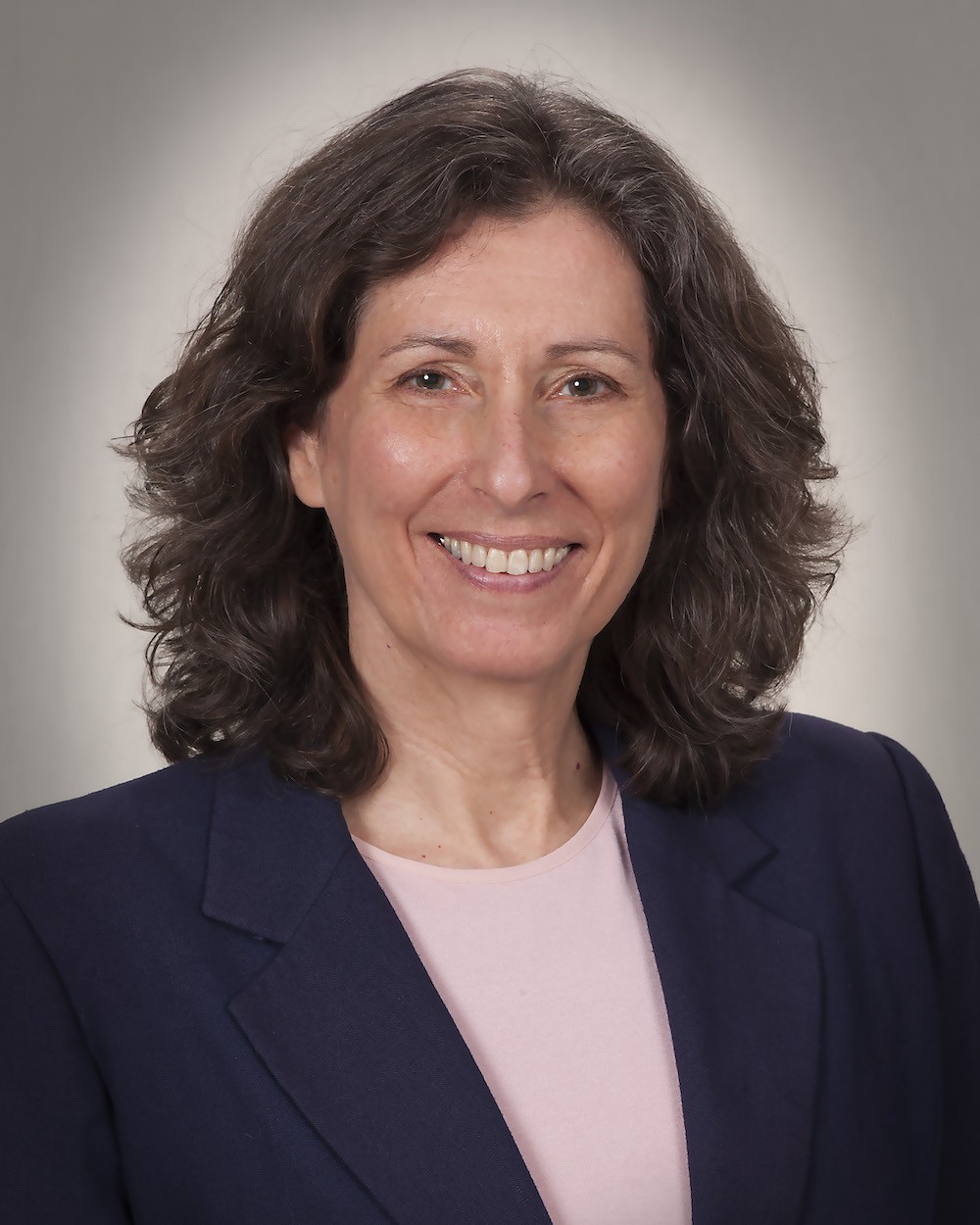 The specifics of gamete biology and mechanisms of fertilization in the horse are difficult to get to know, and yet Katrin Hinrichs has achieved some world-class breakthroughs in recent decades. How did she succeed in doing so? “By always looking at findings critically and recognizing when something interesting has happened. I think maybe that one trait distinguishes the good scientist from the average one,” she believes. “Many of our breakthroughs happened by accident, or were unplanned. This is not uncommon in science! But you have to recognize it when it happens, and ask “why?”

“And sometimes you have to be prepared to take a step back,” she adds. By choosing, after a long search, a method that people had stepped away from for ten years in other species, she cracked the code to achieve embryo development in vitro, and thus foals via ICSI. Each breakthrough led to the next breakthrough, because she is guided by that one simple word: why?

In search of the Holy Grail

What is the “why” question she’s wrestling with right now? “Why does standard IVF not work in horses,” she says without hesitation. “That we still haven’t untangled that knot, I think, is an embarrassment for our field of research! How can we hold our heads up when interacting with people working in other species if we don’t even understand why standard IVF doesn’t work in horses?”

And, is Ghent University participating in this quest? If Professor Van Soom has her say, it certainly will. “We too are planning to pick up the quest again — after corona — with a new research project on IVF in horses. And then we will certainly contact Katrin again.”

Why the Faculty of Veterinary Medicine has remained the world’s no.1 for five years

For the fifth consecutive year, the Faculty of Veterinary Medicine at Ghent University has come first in the Shanghai ranking. This ranks faculties based on their scientific research. However, what does it mean to be number one? And why do we deserve such a good score?