There is no simple answer to the question whether we will face extreme storms or floods here more frequently in the future, says Steven Caluwaerts, immediately dispelling one illusion. Not only because flooding depends on all kinds of non-climate related elements, such as hard surfacing and water management, but also purely for ‘technical’ reasons. “Storms and extreme precipitation are often highly local phenomena. These are tricky to decipher in climate models, since such climate simulations are often too sparse for such local phenomena”, says Steven.

We can achieve more when we combine a variety of methods. He explains: “There are three ways to determine any link between weather phenomena and climate change: observations, climate models and physics. When combining these three, as scientists, we can establish that we expect to face extreme precipitation more often in the summer.”

In fact, observations are not particularly helpful in this case. Simply because there are too few of them. “If you want to make claims about the climate, you need a period of 30 years of observations as a basis”, explains Steven. “However, if we look at the relevant storm observations, we don’t have that many."

“We do have a long span of data for temperature and daily precipitation. This shows us an increase of around 2.5°C in Belgium since pre-industrial times. Data relating to precipitation per hour is much scarcer, but observations by the KMI do indicate an increase of precipitation extremes. When it comes to phenomena such as hail or lightning that can occur during a storm, we lack a long history of observations and can therefore say little. Lightning is registered, but this has only been the case since the 1990’s. It is possible to spot hailstorms in radar images, but such technology is rather recent. We are talking about a maximum of a few decades of observations.” Peanuts on a climatological scale, and therefore too little on which to make proper statistical conclusions.

If we look at climate models, they already give more of an indication. Change, for example, the greenhouse gases in the atmosphere and the models calculate the effects on climate. “Using model simulations, we can deduce that more precipitation or higher temperatures can be anticipated in West Europe.”
A third option to get an idea of how our climate can change in the future is based on physical insights. “We can formulate answers using physical reasoning”, says Steven. For example, to the question why it rains harder when it gets hotter.

Less frequent rain, but much harder

“Air contains vapour. This vapour condenses into raindrops once the air is completely saturated. If the temperature rises, more vapour is needed before saturation occurs. So, it takes longer for the vapour to be transformed into raindrops, but the clouds can actually hold more rain. In other words: it rains less often in the summer, but harder when it does, because clouds can contain more water.”

The physical phenomenon charmingly referred to as Clausius-Clapeyron explains the connection between global warming and the heavier rain. “For each degree that the temperature rises, air can absorb 7 per cent more vapour”, he adds.

There are indications that we can expect more extreme storms in the future. That may mean heavier hail, says Steven. This is not something that can be deduced from hail observations, as currently we do not have enough of them, but we can work with physical reasoning. “Hail stones grow by staying longer in a storm cloud. Heavier storms will be combined with powerful updrafts. These can cause hail to remain for longer in the cloud, and therefore to become bigger before falling.” 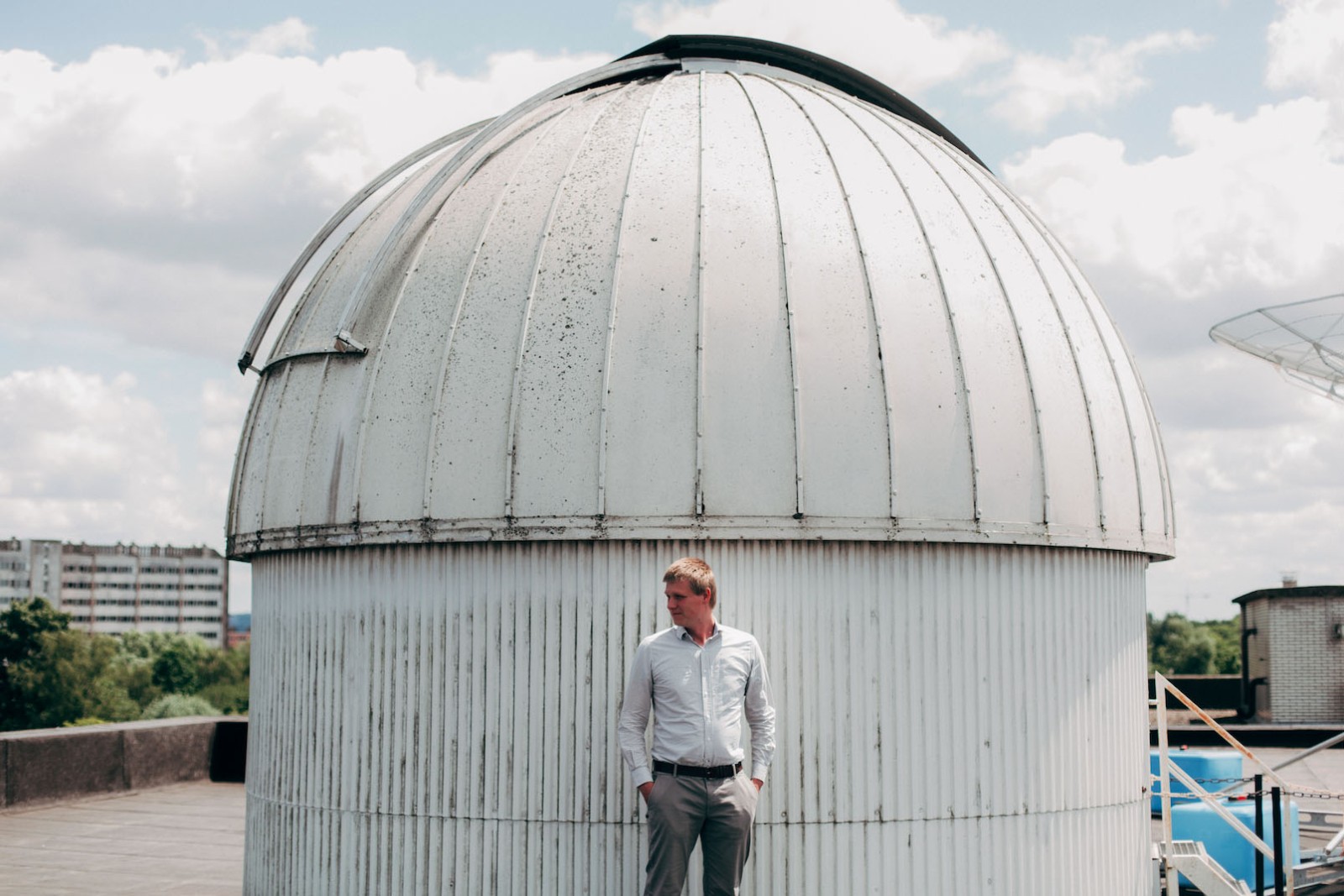 After the terrible flooding in Belgium last summer - causing 41 fatalities - Steven and his fellow researchers set to work on an attribution study. “In the case of such an extreme weather occurrence, everyone wonders: how exceptional was this occurrence and what was the role of climate change? An attribution study can answer these questions. We used observations and model details as a basis.”

We ended up with two conclusions. The first sounds reassuring. Steven: “The quantities of rain that we registered in those days were unprecedented in Belgium. It was so exceptional, that it is really difficult to say just how extreme, as we were unable to compare with any other similar situation.”

When it comes to the question whether there is more likelihood of such extreme quantities of rain, the study establishes that the possibility does increase, but exactly to what extent is hard to define. Steven: “By taking into account a temperature rise of 1.2 °C compared to the period 1850-1900 the study concludes that the risk of such extreme rain in the study domain has increased by a factor of 1.2 to 9. That means that extreme rainfall, such as we saw last summer, has become more likely due to climate change. This study also revealed our need for more research into small-scale climate simulations.”

Steven and his colleagues are working hard to collect local data in order to chart the impact of climate change. Read here how they are doing it. 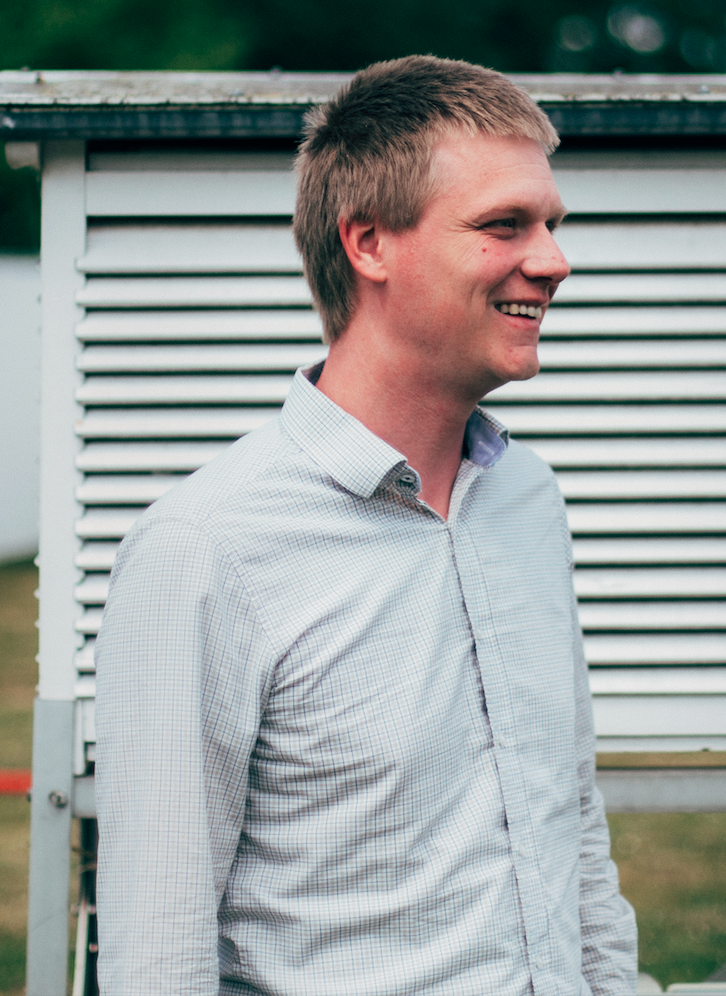 Steven Caluwaerts is a climatologist at the faculty of Sciences (department of Physics and Astronomy). He combines this with a part-time job as a researcher at the KMI. In doing so he is realising his childhood dream. “Right from a young age I was fascinated by the weather, I even had my own rain gauge in the garden. I recorded my daily observations in a notebook. The passion remained, and I am fortunate that I have been able to make it my profession.”

As the climate changes we must increasingly account for heavy rainfall and the flooding this causes. Having said that, there is already lots of data available to predict future flooding and potential damage. Yet our approach is not always aligned with this data.