“Knowledge is important. But we tend to get hung up in that part of the process sometimes,” says researcher Bas Baccarne (research group imec-MICT-Ghent University, in De Krook). He prefers it when thinking also leads to doing. Preferably together with a whole bunch of other stakeholders. And, if it’s up to him, in the stimulating environment of ‘Comon’. 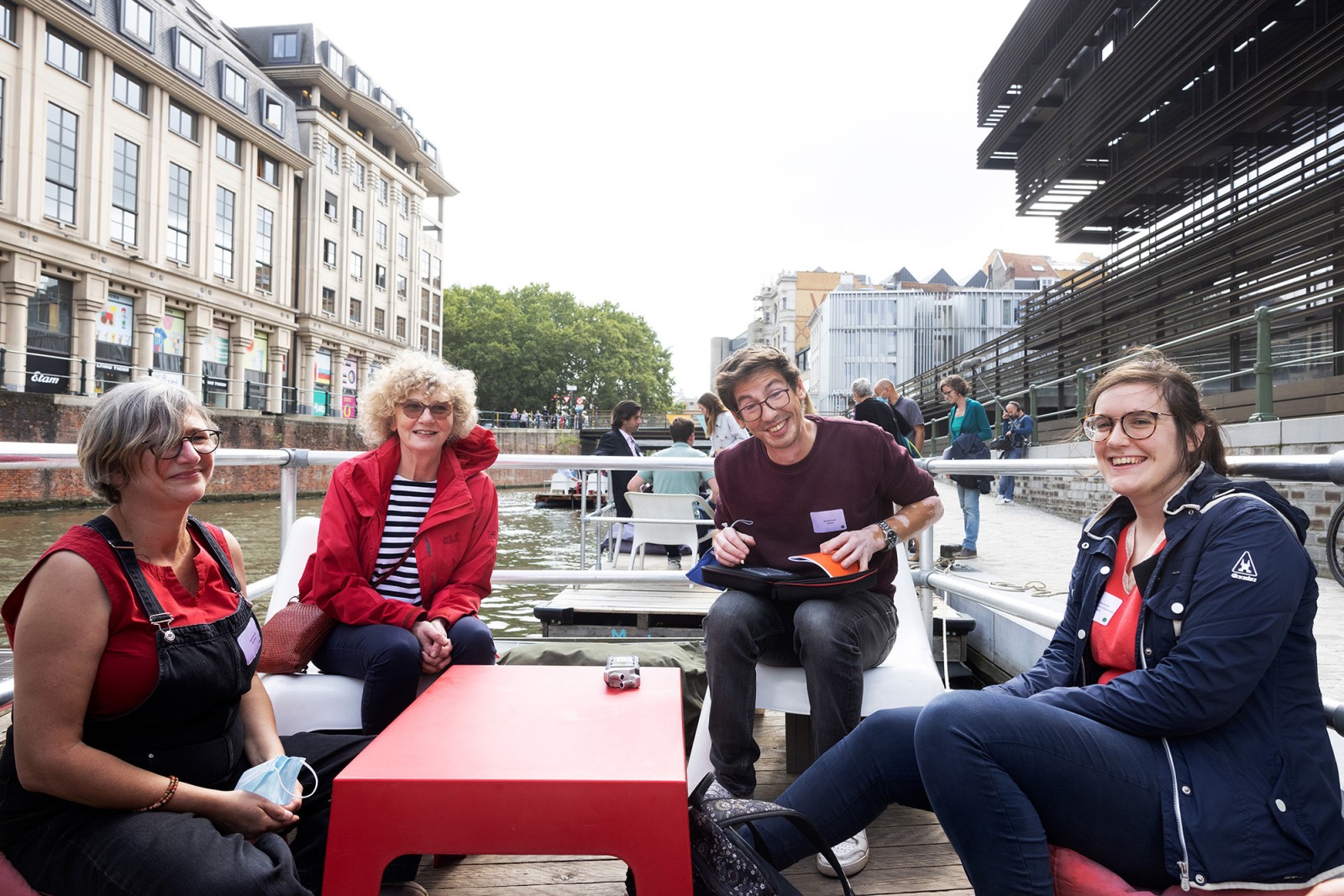 Researcher Bas Baccarne doing what he does best during a creative brainstorm outside of their main base of operations De Krook.

Comon is a ‘lab’ – an urban living lab – in which scientists, technologists and other Ghent University creatives work together with the people of Ghent to make Ghent a better, cooler and more pleasant city. Their solutions are always partially based on technology. They ping-pong ideas and transform them into prototypes whenever they can.

Bas, you were involved in the founding of Comon a year-and-a-half ago. What do you find makes it so unique?

Bas: “Very typical to Comon is our demand-driven and participatory way of working. Comon doesn’t just have scientists at the steering wheel. It’s mostly regular people from Ghent who determine the direction we go for. They formulate the challenges, think up solutions and test them too. Naturally, they’re supported by scientists from Ghent University, imec and the city’s policy makers. Other stakeholders such as real-world experts, too, contribute to the challenge. As a researcher, that’s my favourite way of working. Interdisciplinary.

The challenge that was issued this year was ‘How can we make healthcare more understandable to all the citizens of Ghent?’. In the search for an answer, Comon takes on the role of ecosystem broker, connecting people from different backgrounds. We’re a place that can make this complex challenge manageable by dividing it up into concrete questions. How can we communicate what kind of pain we feel to the doctor? How can we simplify communication between doctors and foreign-language newcomers? These are questions that are at the forefront of what’s going on in our society and that spark dialogue.”

Comon takes people from diverse backgrounds and from diverse professional fields and puts them together to work on solutions. Why is that so important?

Bas: “By interacting with people that have a different frame of reference, you gain a broader perspective. No matter whether you’re working in a research group or in an organisation in the city, everyone has their own way of approaching reality. And, sometimes, that leads to you getting stuck, definitely when you’re looking for solutions. It can be incredibly enlightening to be able to let go and view things through another frame of reference. More often than not, you’ll encounter fresh, unexpected answers to your problem.

This is exactly what happens during Comon’s makeathon and the microlabs. We create safe spaces in which stakeholders can enter into a dialogue, come up with crazy ideas and make stuff – unhindered by jargon.

These atypical collaborations have fascinated me for a very long time. My doctoral thesis was about urban living labs. More specifically, it dealt with the way knowledge exchange happens in these types of ecosystems in which white lab coats are replaced with regular people who are able to test and improve innovations in the ‘real’ world. You know, in practice, many of these collaborations end up being noncommittal talking-shops. I research how we can move more quickly into the ‘doing’ stage. How we can transform knowledge into concrete products faster. This is all possible in urban living labs like Comon. 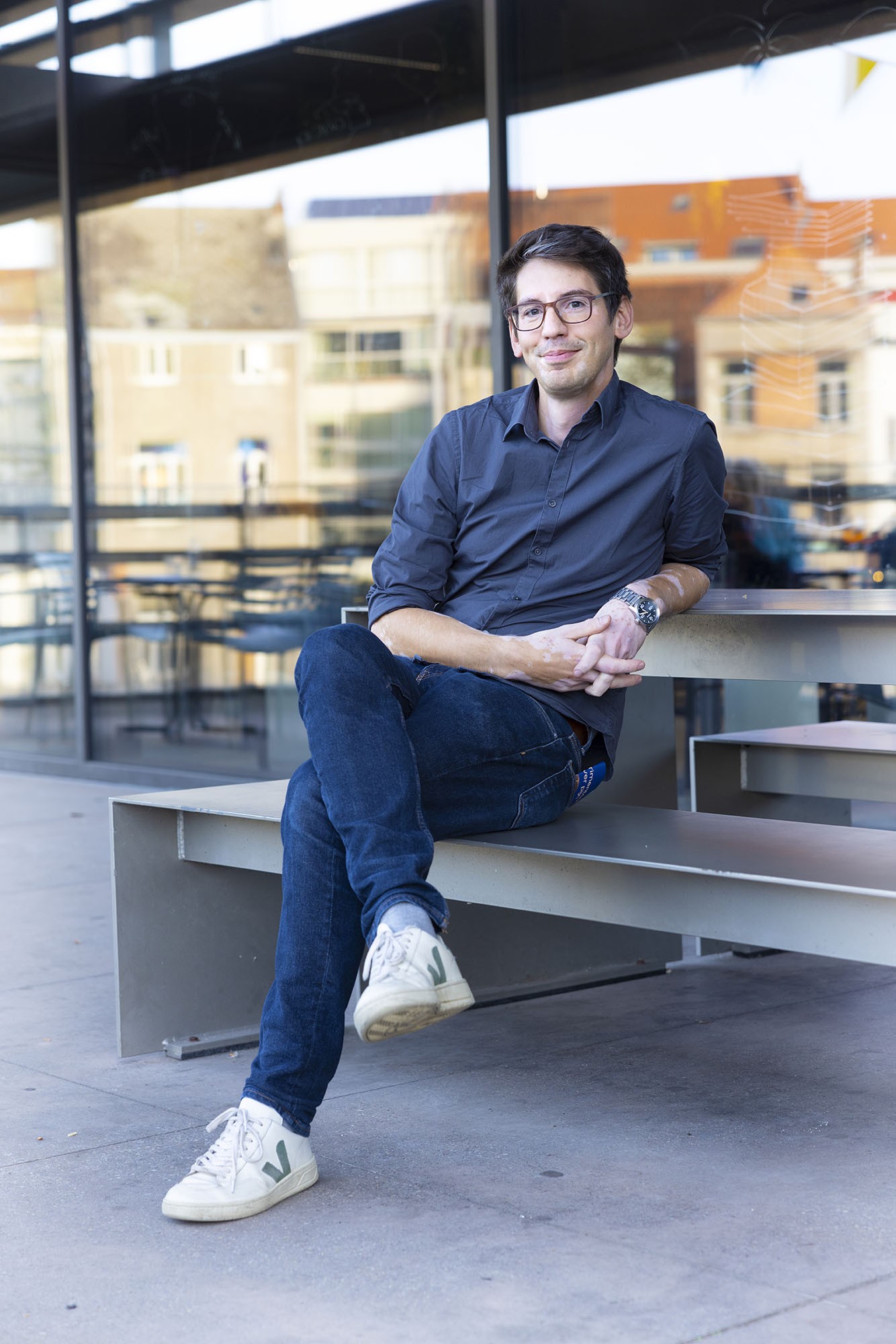 Bas Baccarne: “By interacting with people that have a different frame of reference, you gain a broader perspective.”

Another Comon cornerstone is experimentation. This means: trying, failing and adapting. Is this a good formula for successful innovation processes?

“Indeed, it is. At Comon, we’ve even taken our experiments one step further. We experiment with the way we experiment. Which processes work best? What are the recurring issues? Questions like these really are my favourite topic. For example, I’ve been researching the methodology behind ways to set up urban living labs for more than ten years. Not just within the university, but also together with the City of Ghent, together with research institutions such as imec and together with fellow citizens.

An example. Within our research group, we’ve been trying to map out the effect of so-called urban acupuncture. This is a research technique in which we attract various stakeholders and share knowledge by making something concrete. I’m not talking about large-scale operations, but, rather, small-scale interventions that can lead to big ideas. During the Comon makeathon, we brought together students from different study programmes, scientists and other stakeholders. By sharing knowledge and by including questions originating from the target audience, they went further than the challenge itself. They used the ideas they ended up with at the end of the process to make prototypes.

Take the Dolox pain-watch, for example. An idea as simple as it is revolutionary. A watch that registers pain levels and collects data based on questions such as “Where do you feel pain?”, “what kind of pain are you experiencing?”, etc. In this way the doctor has a detailed description of the pain experience. At the end of October, we presented the watch at the ‘Experiment café on pain’. The conversations between patients suffering from chronic pain, researchers, technologists and doctors were deep and profound. When people can physically touch and try out a product like that in such an environment, it sparks fascinating interactions and reflections. In terms of technology, it’s definitely good that people can try stuff out. We want to research the effects that has within our own research group.”

Besides Dolox, are you working on any other prototypes?

“Definitely! Right now, we have three other projects involving readily understandable healthcare in the pipeline – we call them Microlabs. For example, we’re working on a telephone bot – a type of chatbot – that calls foreign-language patients with an automated message in their own language in preparation of a doctor’s consultation. We are also experimenting with a resource to couple patients to appropriate psychological care-givers. There’s also an app in the works that will be able to translate medical reports into explanations that are readily understandable to patients. During Science Day on Sunday, 27 November, we are taking the next step in these projects. That’s when we’ll be trying to get as many people as we can to test our prototypes.”

Comon is still in its early stages. It’s exciting to see how everything will evolve. What end results are you hoping for?

Bas: “Right now, we’re working on the first project about readily understandable healthcare. It’s all very new and unpredictable. Will we be able to find people with the right spirit of entrepreneurship to keep things going, all the way to implementation? With four irons in the fire, I hope at least one of them makes it to implementation, or, at the very least, continues for a few more steps in the process. If we succeed in doing this, I’d be very proud.” 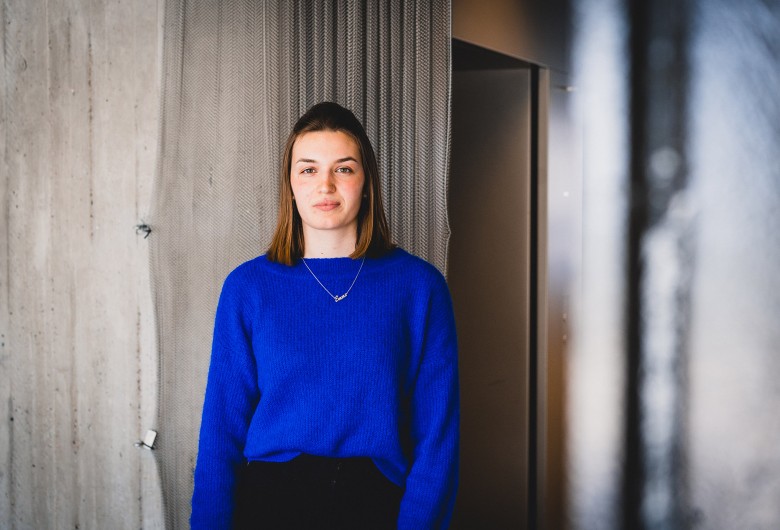 Meet the hills of Ghent

From the Sint-Kwintensberg over the Sint-Pietersnieuwstraat to the Plateau: we take you over some of the most famous (and trickiest) slopes around Ghent University campuses.