Her earliest acquaintance with our city was unforgettable. When Gretel first arrived in Ghent, she found herself in the middle of the last ‘Gentse Feesten’ before the pandemic. “We were immediately taken by the vibe in the city. And we noticed how wonderfully open people were.” Igor’s first experience was equally memorable: he became enchanted by the Graslei as from day one. How Ghent can you get?

“It was dusk, and truly magical to see those historic buildings light up”, remembers Igor, and you can see him enjoying the memory as he says it. “I am still overcome by that feeling whenever I walk by.” Gretel agrees: “Isn’t it magnificent? It struck me too when I went walking through the city during the lockdown.” 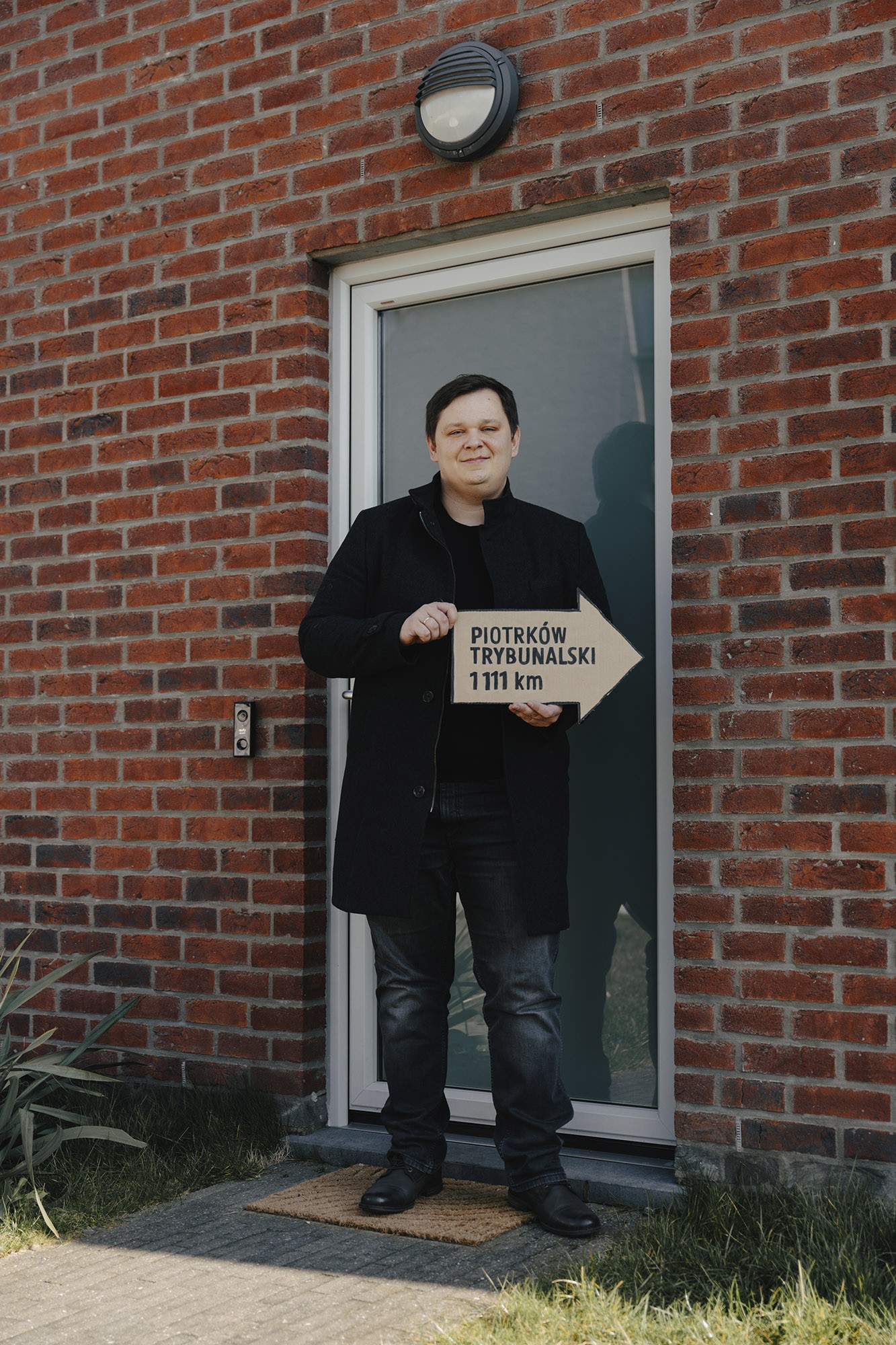 Gretel did the walks in question together with her husband and her colleagues from the Human Rights Centre. “My colleagues and I are investigating how victims of armed conflicts participate in justice processes. There are eight of us, from all corners of the world. Fortunately we were already great friends before the lockdown kicked in and our flats are close together in the city centre.”

“It must have been a challenge, like that in a flat”, responds Igor. “To be honest, yes, it was a difficult time,” nods Gretel. Igor: “Luckily, we live close to an area of nature, in a house with a garden. That made things bearable.”

Igor and his wife moved to Ghent ten years ago. “My wife and I studied together in Poland. Then, she received a doctoral fellowship in Ghent and I got one in Antwerp. In the meantime, we both work here.” Igor is a postdoctoral researcher in the microbiology lab, which recently moved to Ledeganckstraat. “We used to be on campus Rommelaere. What a beautiful building. I do sometimes miss the location. Even so, the infrastructure is much better at Ledeganck. I am working on exploring bacterial genomes to better understand the mechanisms of infections.”

“So interesting!”, confirms Gretel. “A completely different field of research to mine.” She studied law in Guatemala City, worked there for a while as a lawyer, then moved to Germany to specialise in human rights. When she saw that Ghent University had issued a doctorate combined her two passions she didn’t hesitate for a moment.

“Fortunately, my husband was immediately really enthusiastic: he already knew Ghent a little and thought it was a lovely city. It wasn’t easy though: we had already made a life for ourselves in Germany. By coming here, we had to start all over again.”

Uncertainty as an academic

“Yes, that sounds familiar”, continues Igor. “Often, with couples in the academic world, you see how one person follows the other. Life as an academic can be rather uncertain: temporary contracts are common. And if you both work in the academic domain then it’s completely uncertain. They call that the double body problem. My wife and I have definitely struggled with the uncertainty.”

“We are less bothered by that problem”, says Gretel. “Being a software engineer, my husband is able to work anywhere in the world. Even so, you never know. In fact, it was still a gamble, certainly as an immigrant. We were naturally unsure whether they would welcome us with open arms, or not. Everything turned out fine: my husband is working in a start-up in Brussels. Of course, we still don’t know where we’ll end up once I have completed my doctorate.” 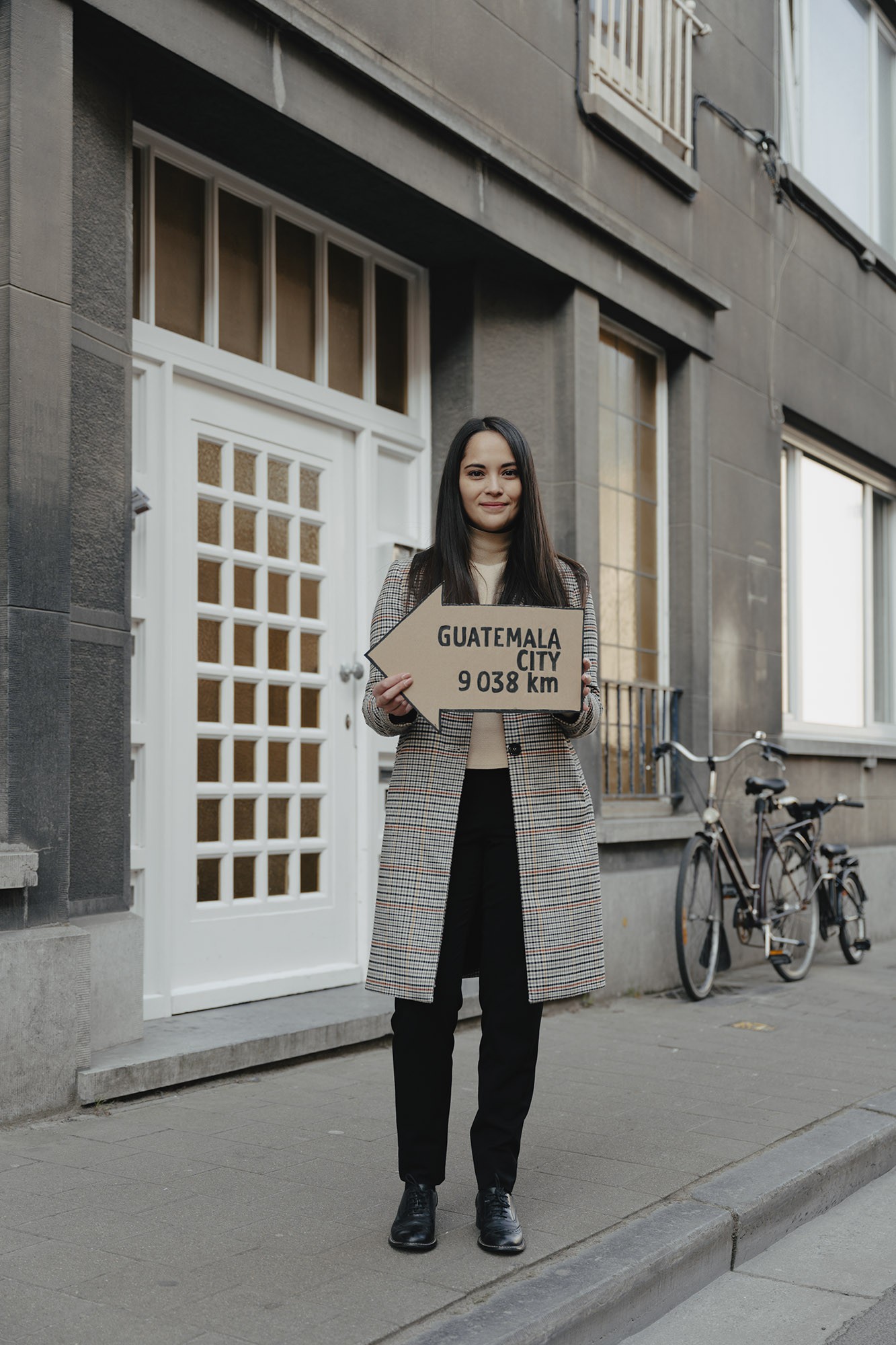 For Igor the future is now clear: he made the decision to settle in Ghent some time ago. As an academic or not. “The uncertainty is almost behind us. My wife has a permanent contract at the VIB and within the next few years I will know whether I will be able to pursue the academic route of tenured professor. I do realise that the competition is tough. So, if I am unsuccessful, I will look for a job in the biotechnology industry booming in Flanders. Whatever happens, we will stay in Gent: we already have two young children, and we are keen to bring them up here. Also, we recently became officially Belgian!”

Igor Fijalkowski is postdoctoral researcher at the Lab of Microbiology (faculty of Sciences). He finds the buildings on campus Rommelaere as enchanting as Hogwarts.

Gretel Mejía Bonifazi is doctoral student at the Human Rights Centre (faculty of Law and Criminology). Gretel is the one and only Guatemalan at Ghent University and lives dangerously close to the chocolate bar Mayana.

One is from Tunisia and is still getting used to the Belgians’ open mentality in the workplace. The other comes from Russia and can make no sense of all the unspoken rules. Both are researchers at Ghent University, and both have fallen in love with the city of Ghent. Safa Belghith and Ekaterina Longinova tell us about their experiences in Ghent.

Every year, the City of Ghent organises the election of Student of the Year to mark the festive end of the academic year. This year exceptionally 2 extra laureates, both of them from Ghent University, were chosen. Meet Emma and Nicolas.