During the Second World War, the patrol ship John Mahn sank off the Belgian coast. Bio-engineers at Ghent University, together with the Flanders Marine Institute, studied its impact on life in the North Sea.

The bed of the North Sea is littered with thousands of shipwrecks and planes from the war, and these contain all kinds of hazardous substances, such as explosives and petroleum. 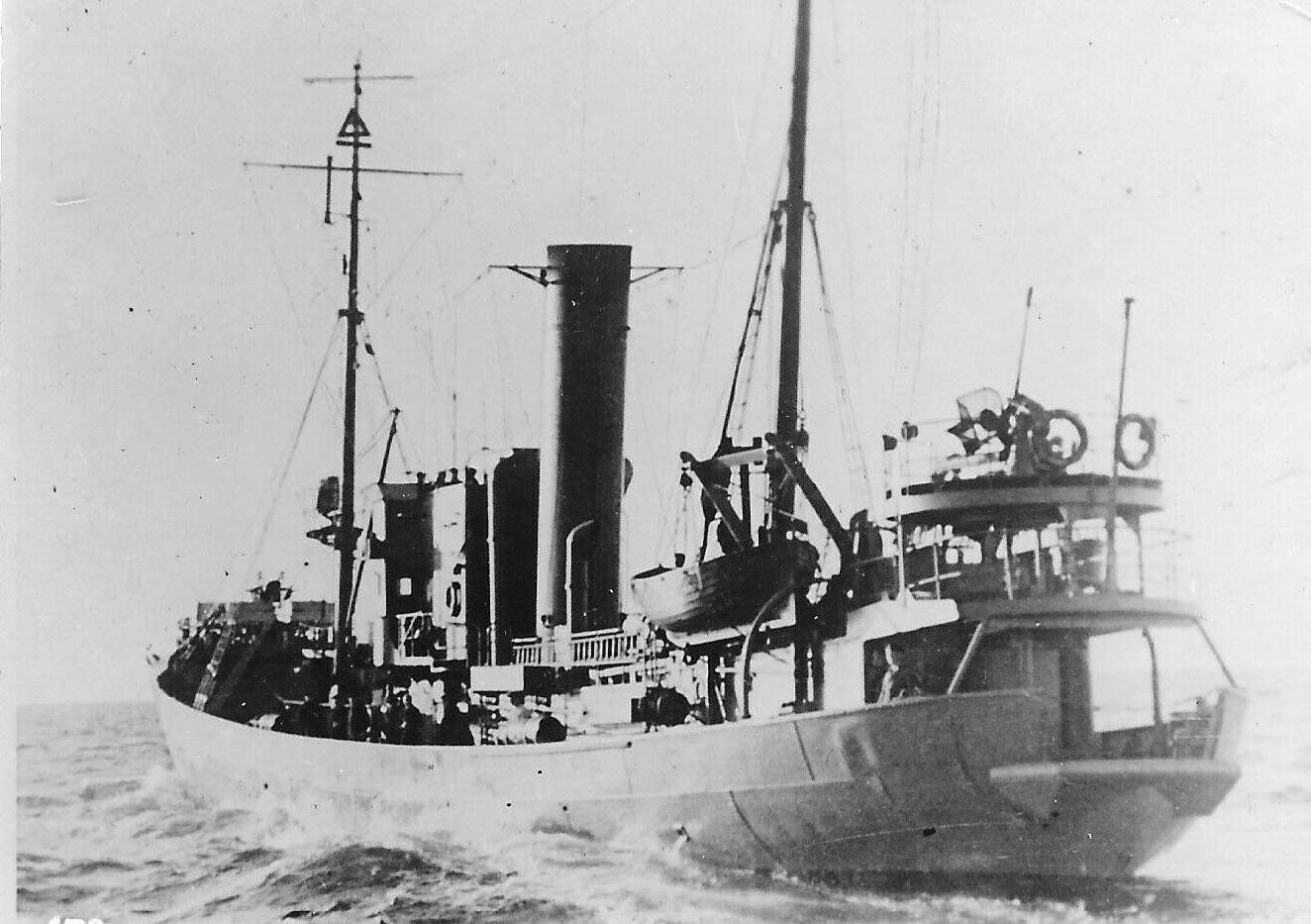 Among these wrecks is the fishing boat V-1302 John Mahn. This was captured by the Germans during the Second World War and used as a patrol ship. In 1942, the John Mahn was struck off the Belgian coast during air attacks by the British Airforce when it was part of Operation Cerberus, a convoy of over 200 ships, which were required to escort German warships from Brittany to German ports. The ship sank quickly to the bottom of the sea. Other than a missing superstructure and large tear on the port side, the wreck is still very intact.

Together with the Royal Belgian Institute of Natural Sciences, bio-engineer Josefien Van Landuyt examined samples of sediment in the area around the sunken John Mahn. In doing so, she aimed to discover whether old shipwrecks in the Belgian section of the North Sea continue to affect microbial marine life.

Which substances did you find there?

“We found varying levels of toxic substances, depending on how far from the shipwreck the samples were taken: predominantly heavy metals, such as nickel and copper, arsenic, explosive substances and chemicals that naturally occur in coal, crude oil and petrol”, explains Josefien. “The wreck also has an impact on the micro-organisms in the area: we discovered different microbes and bacteria than in other parts of the sea.”

How dangerous is it?

“In fact, it’s not too bad”, says Josefien. “The quantities of hazardous substances involved are pretty small. Yet what’s remarkable is the fact that the impact of the wreck is still present, even 80 years on. Also, we don’t know how this wreck will evolve: the fuel tank might still be intact and could start leaking in the future. Further investigations are needed to find out.”

What is the impact on marine life?

“It’s all relative. If you view the wreck purely as a construction, you could even say that it has a positive impact on biodiversity. You could see it as an artificial reef; this is an interesting environment for all kinds of animal and plant species.” 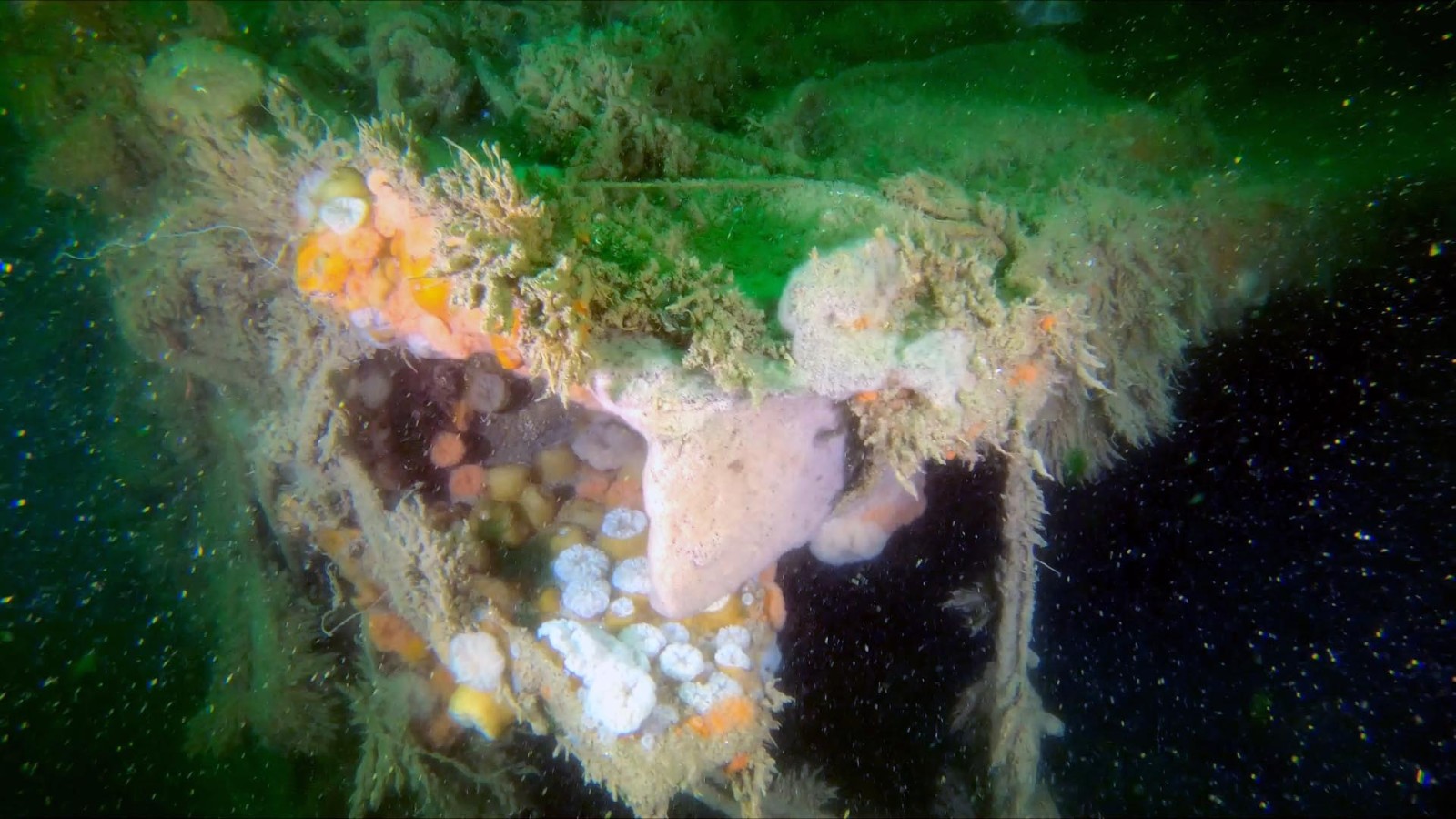 The frilled anemone inhabits the torn panels of the ship’s deck, and is a common sight on shipwrecks and offshore structures in the Belgian section of the North Sea. © VLIZ

What is the situation with other wrecks?

“In addition to this one, there are also many other shipwrecks at the bottom of the North Sea. With its North Sea Wrecks project, the Flanders Marine Institute is investigating which wrecks are where and in what condition. My research is part of this project. Much work remains before there is a complete picture of the number of shipwrecks and the risks they present”, confirms Josefien.