Resources which could well provide the answers to some of the enormous challenges we face today as a society. Can our planet possibly be saved by the blue economy? Or, at the very least, could it help us to reduce our energy bills? Jana Asselman from Ghent University takes an optimistic view.

“The old blue economy as we used to know it is rapidly evolving into a much wider range of sectors which are all developing sustainable products, applications and solutions in, by and on the sea. In Flanders, more and more companies are now active in the blue economy, and this already equates to 5.2 per cent of the Flemish GDP,” says Professor Jana Asselman of the Faculty of Bioscience Engineering.

The transition to a 100 per cent sustainable economic sector of course takes time. “The better known sectors of blue economic activity are shipping, fishing and marine renewable energy sources: wind and even waves. Oil and gas platforms are disappearing, making way for deep sea mining. But only time will tell whether this type of mining has any kind of future as a sustainable activity. Environmental organisations and scientists are right to question what sort of impact this will have on deep-sea bio-diversity.“

From underwater drones to medication

There are some surprising sectors and activities within the blue economy, including coastal tourism and the use of underwater drones to inspect the turbines in offshore windparks. And a considerable number of biotech companies are now focusing their attention on the sea, as they seek to develop new technologies to increase the world’s sustainability. “Market analyses indicate that 5 years from now, the global marine biotechnology sector will have doubled.”

On top of this, many medical and chemical companies are turning to the sea for the development of new medicines. “ We already know the medical effects of some elements, but the sea has many more secret powers still left for us to discover. The health-giving value of the sea is well-known: people who live by the sea are healthier. They are more active, but is there also something in the sea itself that has a positive effect on human health? There are a large number of research projects investigating this at the moment.”

Many of the new solutions for creating more sustainable sources of energy are linked to the sea. Take carbon storage, for example, or renewable wind and tidal energy. Or, taking things in a totally new direction: the installation of solar panels at sea, in between the wind turbines. Ghent University is collaborating on project to gauge the feasibility of such a venture. “What are the risks associated with it? How will the panels react to the greatest challenge we always face when installing anything at sea, namely salt?”

The expectations regarding solar panels at sea are high. Prime Minister De Croo even referred to them in his policy statement on 12th October. Now that energy prices are going through the roof, will renewable energy from the sea help bring our energy bills down? “The rising energy prices simply confirm once again that we have to become less dependent on fossil fuels from third countries. Solar panels at sea are certainly part of the solution as we seek to generate more energy ourselves, and thus reduce our energy bills. If the feasibility project is successful, we can move ahead very quickly with the installation of the panels.” 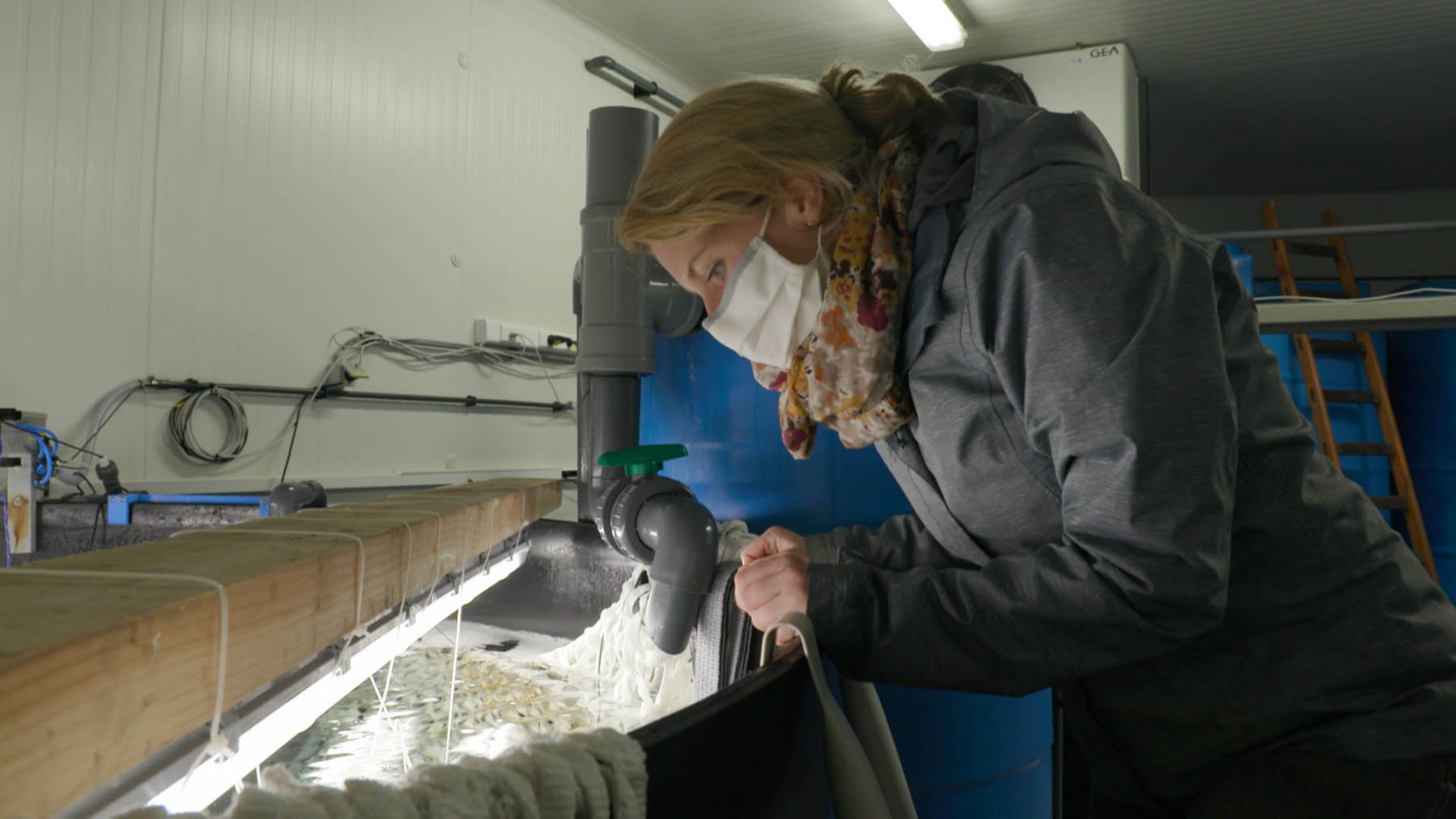 Sustainable solutions are also being developed for the fishing industry.”Such as seaweed farms, for example, because seaweed is, after all, an incredibly versatile product. It is an excellent protein and soya replacement, which means that it can also contribute towards solving the problem of deforestation due to soybean cultivation. At the same time, you can also store carbon in seaweed, which can also help us in our fight against global warming. We see it time and again: our marine activities are mostly win-win situations on a number of different levels.” Already companies such as Colruyt, amongst others, have understood seaweed’s huge potential, and have established their own seaweed farms at sea.

A legal and spatial challenge

Jana finds it only logical that so many sectors are heading for the North Sea. “ In such a densely built-up region like Flanders, there is often no room, or no support for wind turbines.” The North Sea is small, but the possibilities enormous. Which in turn means new challenges, both legal and spatial. Belgium is a forerunner in terms of marine spatial planning, being one of the first to have actually drawn up a marine spatial plan. “A good and legally sound spatial plan for the sea is crucial, if we want to be able to combine the various activities. You cannot just plan to build a windpark in the middle of a shipping route, and maritime law and the law of the sea are both extremely complex, given their international dimension.”

A lack of people

This means that we are looking for a large number of highly educated people. “Within companies operating in the blue economy there is a huge need for expertise in research and development. But also for people with legal and economic profiles. Our brand new postgraduate course (see hereunder) responds to that need. Furthermore, for a while already, Ghent University has had a consortium focusing on the blue economy, Marine@UGent, and in the meantime this includes collaborators from more than 52 separate research groups from 9 of the 12 university faculties. Our multidisciplinary operation is our strength. And through our research, we are stimulating the development of the blue economy within companies.” 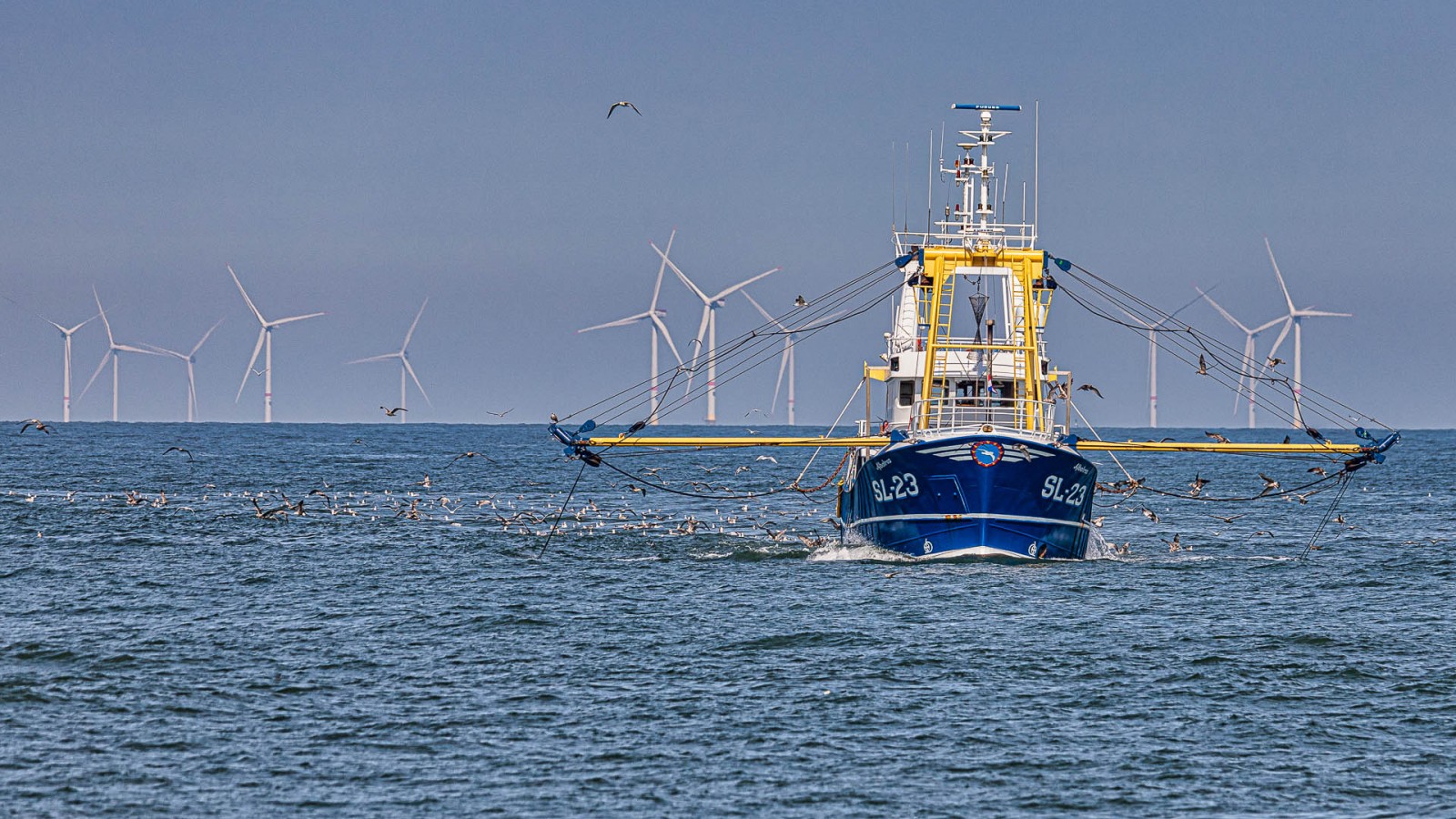 A first for Belgium: Ghent University organises the first postgraduate course on the blue economy

Both Belgian and European companies are anxious to see a boom in the blue economy, but at present they are restricted due to a lack, amongst other things, of people with the right kind of profile. The postgraduate course ‘Postgraduate Studies in Blue Resources for the Blue Economy’ is a first step by Ghent University towards formulating a response to this growing need.

An enthusiastic Tim Deprez, the coordinator of international marine training at Ghent University and someone with lifelong experience of the blue economy, explains for whom and what the course is intended: “This international programme – and it is international, because we are working with the Galway-Mayo Institute of Technology (GMIT) in Ireland – is aimed both at those are already working in the blue economy, and at those with a scientific or other suitable background who are interested in a job in this sector. We want to appeal to people with a broad range of profiles: from people with legal or financial training, to engineers or people with a scientific background, linked to the blue economy.

The course will teach students how to use and apply their scientific knowledge within the various companies. By offering internships in both companies and scientific institutions, we are keen to focus on (multidisciplinary) cross-pollination. Working students can also follow an internship at their place of work, upon condition that their company is active within the marine sector,” Tim Deprez continues.

What sets the course apart is the highly customised approach, tailored to suit the individual student. “By interviewing each student individually, we can determine which skills they are lacking, and can advise on the best subjects for them to choose as part of the course. For example, we would recommend that someone with a legal background follow a course in oceanography. In order to gain a broader view.”

The course will start with an on-site teaching week in the Ostend Science Park (an innovative knowledge hub where companies active in the blue economy and Ghent University come together) from 10 - 14 January 2022, and will end with a week of lessons in Galway, Ireland, from 5 - 8 september. Are you interested? Enrolment for the course is open until the end of October.

Jana Asselman is Professor in Marine Biotechnology and works at the Ghent University blue economy campus in Ostend. Her research focuses on the link between the sea and human health. Her favourite place is Campus Coupure, where the water flows through the city and finally out into the sea.

Tim Deprez is Professor in Marine Biology. Since his doctorate, he has become a specialist in the organisation of international marine training initiatives. His greatest passions are innovation in education and the use of digital aids within education. Since September 2021 he has been developing his activities relating to lifelong learning further at the Ostend campus. His passion for music and working with wood provide him with the perfect work-life balance.