If you have a sweet tooth, you’ll know how difficult it is to keep chocolate cool during the summer months. So where should you store it? In a cupboard or in your fridge?

The correct answer is: neither. Obviously, chocolate risks melting in your cupboard when temperatures soar. But even if it doesn’t melt, a cupboard may not be your best option in sweltering weather. Because overheated chocolate can acquire a white film.

“So-called ‘fat bloom’ occurs when cocoa butter recrystallises. Higher temperatures cause a very thin layer of needle-shaped structures to form on the surface of chocolate. To the eye, the chocolate will look like it’s dusted in white,” Claudia Delbaere explains. She is a chocolate and cocoa expert and the General Manager of Cacaolab, a Ghent University spin-off.

But even if you refrigerate your chocolate instead, a white coating can appear. “The result may look similar, but it’s not the same. When you remove chocolate from the fridge, condensation or moisture will form on the surface because of the temperature difference and the sugars will dissolve in the condensed water. The white film you then see is caused by the recrystallisation of the sugar. This is called ‘sugar bloom’.”

While chocolate that has ‘bloomed’ is safe to eat, “it doesn’t look very appealing. What’s more, the temperature fluctuations can change the taste of the chocolate, which is why I advise against eating it,” Claudia says.

So where should you store it?

“Ideally, chocolate should be kept at a temperature between 15 and 18°C. A cellar or cool pantry would be perfect.” Claudia, who remains an inveterate chocaholic despite her years of chocolate research, keeps her own stash in a cupboard that is slightly cooler than the rest of the house. 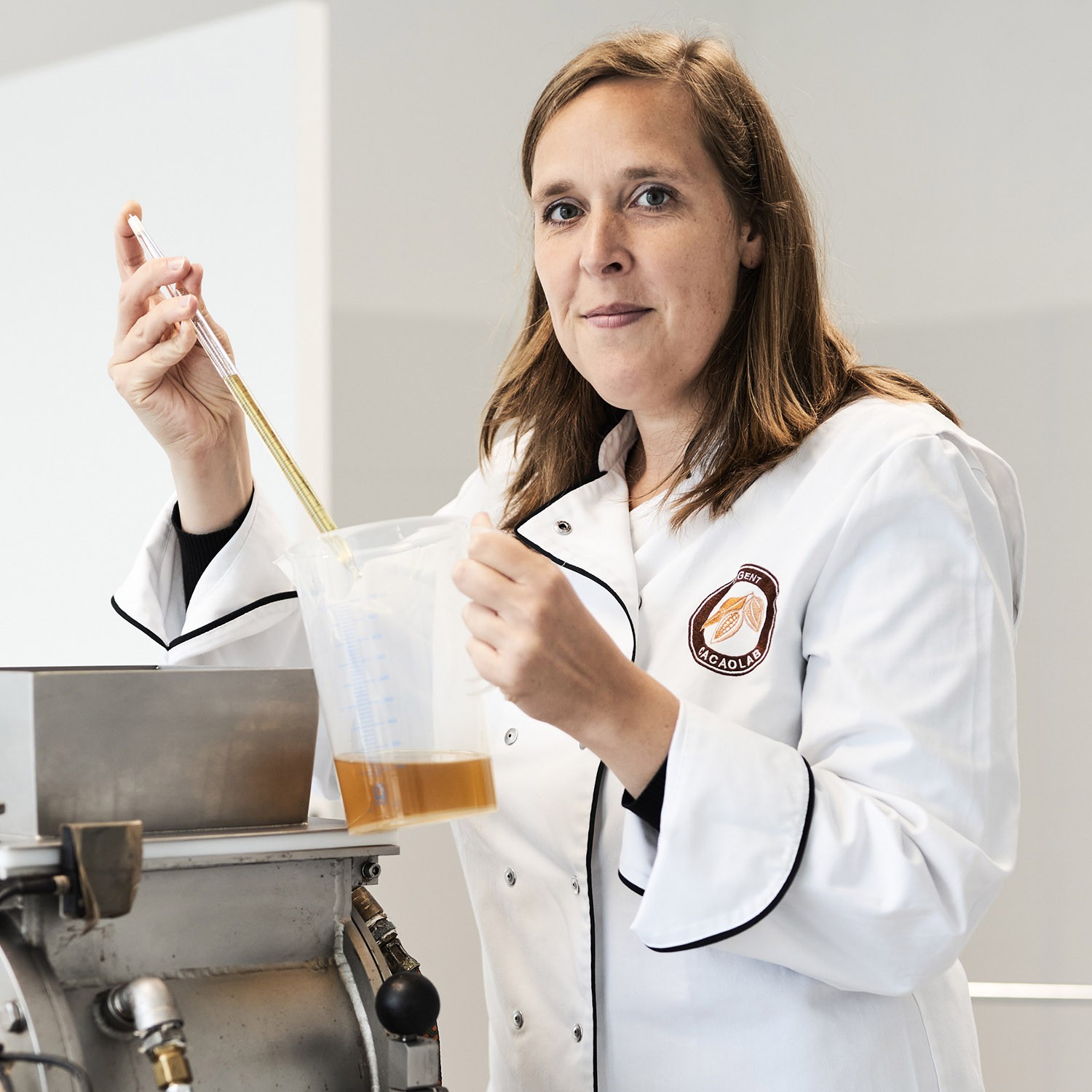 Claudia Delbaere graduated in 2008 with a degree in Bioengineering. She spent five years researching fat bloom on chocolates at Ghent University. In 2013, she joined Cacaolab, a Ghent University spin-off she currently leads. Cacaolab creates innovative chocolate products and processes for companies. Claudia’s favourite spot at Ghent University is the courtyard garden of the Faculty of Bioengineering: she enjoys sitting among the plants and the trees and finds it the perfect place to relax during a break or after work.

A new sugar replacement, call it Stevia 3.0, tastes just like sugar and is much healthier. It’s been developed by an American company, but conceived with input from Ghent-University professor Marjan De Mey. A partnership that will clearly stick around in the future.

A large quantity of water, energy, and nutrition is lost during the processing of vegetables and potatoes. Too much water. At a time when we’re trying to minimise waste, and water is a scarce resource, we need to be smarter about how we manage these losses. The VEG-i-TEC research centre is therefore reviewing the processing method from start to finish.