Art as a ray of hope in Syria

The 2011 revolution did not bring about freedom for Syrians. The civil war in the country has already claimed hundreds of thousands of victims. Gradually, despair has set in. “But if you look closely, there are some rays of hope. We need to highlight those in order to not further dehumanize the people who are trapped in the conflict,” says Middle East expert Brigitte Herremans.

On 17 December 2010, Tunisian fruit and vegetable vendor Mohammed Bouazizi set himself on fire. An act of despair, following the police’s seizure of his goods and being humiliated and spat upon by them.

A chain reaction was set in motion. The population of several Arab countries revolted. However, the initial joy and optimism that some countries experienced, gradually turned into even more hardship. Egypt, for instance, faced years of turmoil, eventually resulting in Abdel Fattah al-Sisi seizing power. A man who now presents an even greater threat to the freedoms of its citizens.

Of all conflicts, the Syrian conflict is the most grim. In March 2011, the regime of Bashar al-Assad responded with extreme violence to peaceful demonstrations, bringing about a civil war that would take on international dimensions, resulting in hundreds of thousands of casualties.

“And yet, there are also positive developments,” argues Brigitte Herremans, who has been working on the subject for years at Pax Christi and Broederlijk Delen, among others. Currently, she is doing a PhD on Syria at the research group ‘Justice Visions’ at Ghent University. “When discussing conflict areas, we tend to focus solely on the negative. However, there are also rays of hope. The creation of human rights organizations in Syria in times wherein human rights activists have been left to their own devises, is a sign of hope and resilience. It shows that Syrians are not willing to renounce the basic rights for which they took to the streets in the first place.”

The trial that is currently being held in the German city of Koblenz against two alleged torturers of the Assad regime is another ray of hope: “It’s the first case ever against regime officials. The relegation of the International Criminal Court to the sidelines as a consequence of vetoes by Russia and China was a slap in the face of the victims. But small steps are being taken,” says Brigitte. “Symbolically, these steps are of utmost importance. While Syrian citizens do realize that they will never be able to hold the regime fully accountable, it is key that complete impunity has been reversed.”

Art as a weapon

This leads us to the role of art. Brigitte examines how art can contribute to more justice for Syrians. “Art is often seen as superfluous in conflict situations. ‘What use is a good book if you have nothing to eat,’ is an often-heard remark,” Brigitte elaborates.

Yet it is a key component in what is called ‘truth seeking’: processes that can help a society confront atrocities and overcome them. “Art facilitates the representation of victims’ experiences, it helps their stories reach an audience, even internationally. It is also a way to cope with reality.” 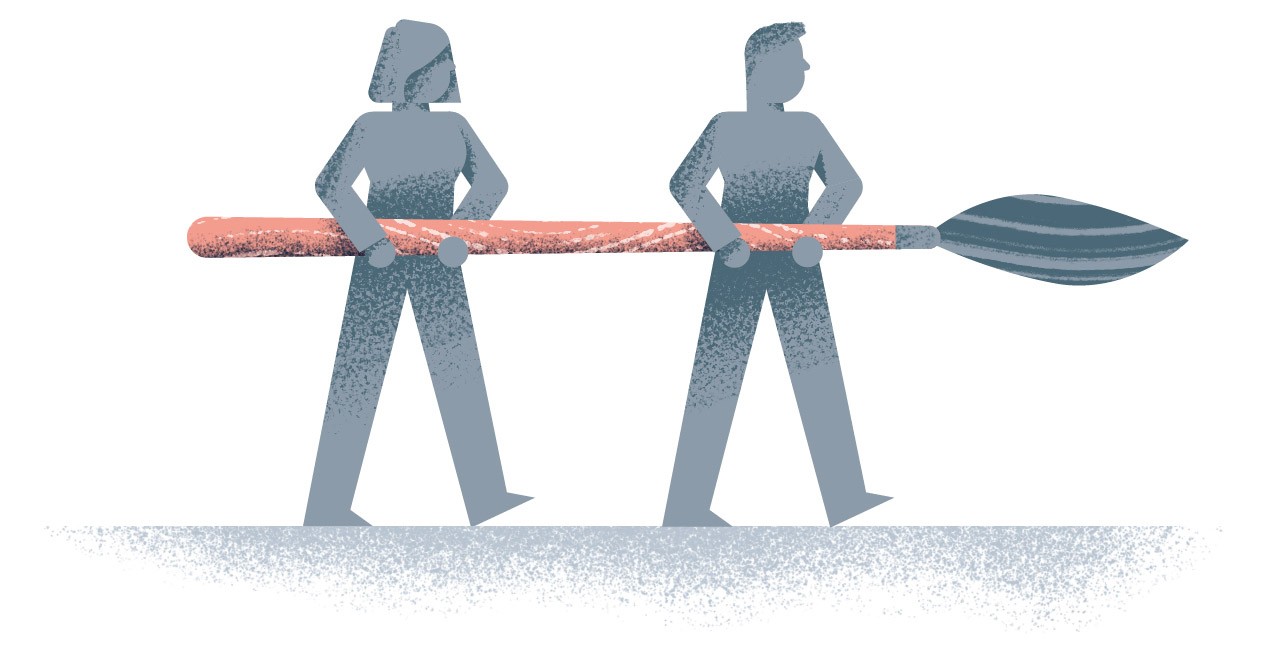 In order to fully grasp this picture, Brigitte interviews artists from Syria, among others. She mentions the example of visual artist Khaled Barakeh. He set up the art installation ‘Mute’, made up of clothes worn by 49 activists, in front of the court in Koblenz last summer, at the start of the trial against the Assad regime officials. “This allows him to tell the story of a people who have been abandoned while they waged a fight for freedom. He demonstrates that victims want a stake in the debate on justice.”

Moreover, she also studies its effect. “When For Sama, a documentary by the Syrian filmmaker Waad Al-Kateab, was released here in October, I interviewed viewers about their experiences and what the film triggered in them. Two weeks later, I contacted them again and inquired if the documentary had changed their perspective on the conflict. It is a concrete way of gauging how art can change people’s understandings, and whether it renders visible what they failed to see originally.” Her objective: to expose narratives of injustice, countering the erasure of victims’ experiences.

Brigitte’s main goal is to show how these – seemingly small – achievements, restore humanity to the conflict. “If we fail to acknowledge this, we risk further dehumanizing people. We have become immune to tragic images. Moreover, the war is often labeled as ‘too complicated’, which makes people stop paying attention,” she says.

“It is not that complicated. When a hospital or a school is bombed, it is a human tragedy and a war crime. But we are disconnected from that shared humanity. Art allows you to strike that sensitive chord again.” And it can offer solace to victims: “Art connects them with other victims who may have gone through similar experiences and that connects people.” 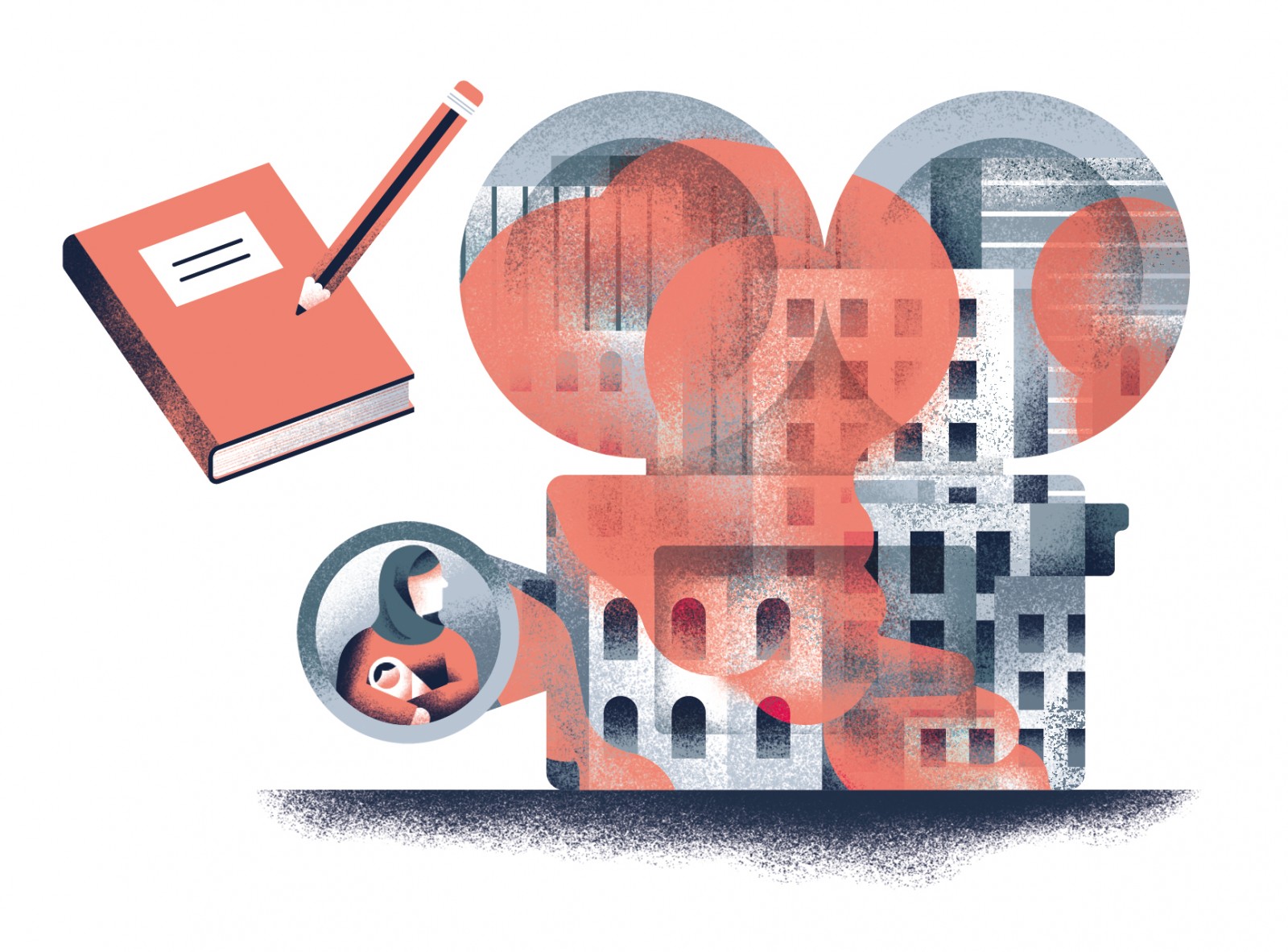 Freedom in hearts and minds

Although tangible freedom is a faraway dream in Syria, it has taken a hold in the hearts and minds of many Syrians. “When I talk to Syrians, I often hear that in 2011 they refused to surrender to fear. That freedom does not bring food to the table, of course, but it is an important evolution. Critics will ask whether a whole country had to be destroyed for this ‘freedom in heart and mind’, but that question is too pessimistic. You cannot go back in time. We need to foreground the humanity and agency that has emerged to enable solidarity.” 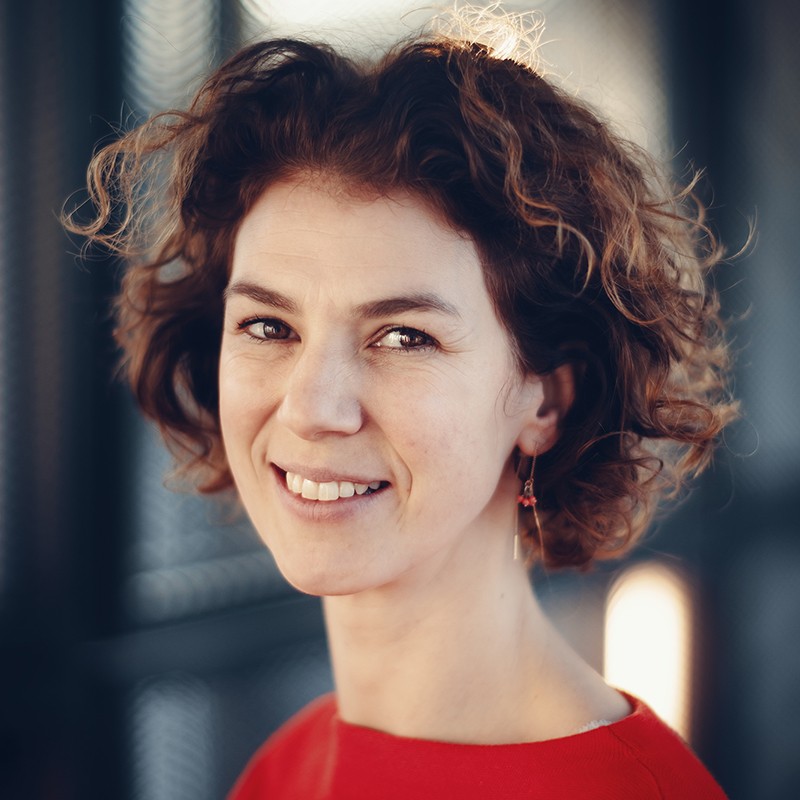 Brigitte Herremans graduated in Eastern Languages and Cultures (Arabic and Biblical Hebrew) in 2000. Favorite spot at Ghent University: the stairs of the Blandijn.

The eternal dilemma: which queue is it best to join?

Imagine that bar service is allowed again and you can choose between two different drinks counters at a festival. One has orderly lines marked with posts, the other is entirely at random. Which option should you choose in order to get your drink fastest?