Olexiy Lyamtsev works at the Faculty of Science at the moment. There, he is a beekeeper at Honeybee Valley, a research group led by Professor Dirk de Graaf which focuses on the declining bee population in the wild. Besides this, he is also charged with making an inventory of the museum collection at the Eva Crane Trust, a knowledge centre for beekeeping.

The Ukrainian has long been passionate about bees. Olexiy: “My grandfather used to be a professional beekeeper, so you could say it’s been a part of my life as far back as I can remember.” He received his formal training as a beekeeper in Belgium. “I used to work at Thermote & Vanhalst in Waregem, a company specialized in parts for agricultural machinery, as Export Sales Advisor for a number of years. During that period in my life, I decided to enrol in a beginner’s course for beekeeping at the Beekeeper’s Association De Kasteelbie in Ingelmunster. This, later, turned out to be an incredibly fortuitous decision.”

Beekeeping and an organic farm in Ukraine

After his original stay in Belgium, he returned to his hometown of Zoporizhia in the south of Ukraine, to start an organic farm.

“We started off with berries, fruits and sweet potatoes. I kept a small number of bees in the beginning but, with the help of my wife, I was able to expand that to 40 individual bee colonies. They became an integral part of our company. I even got my eldest daughters interested in the trade. At six and eight years old they were already helping me take care of the bees,” Olexiy says with pride. “You should have seen it. It was really beautiful.” 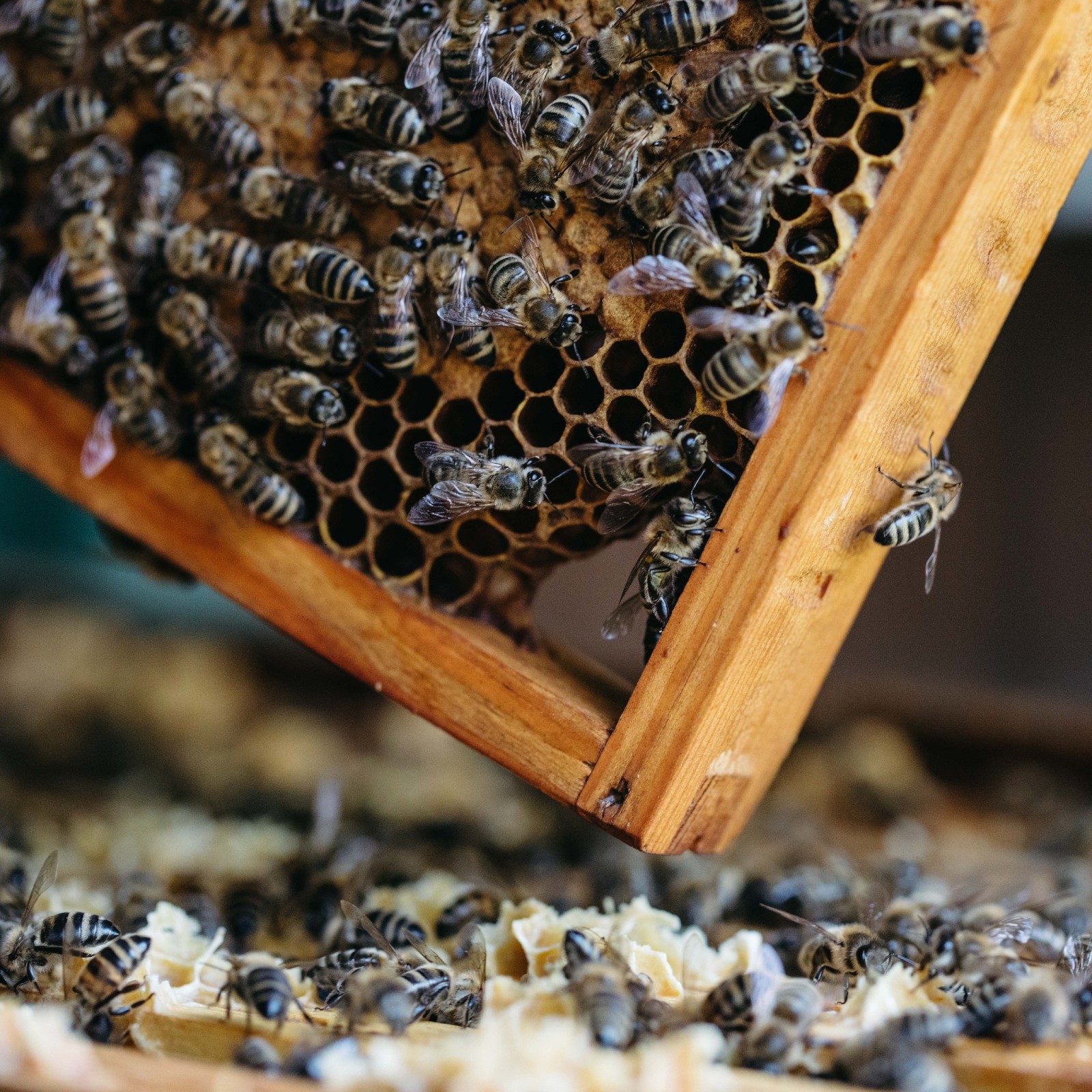 The Lyamtsev’s dream came to a premature end due to the war: “It took a long time before we made the decision to flee. But, when the war arrived at the outskirts of the city, we decided we owed it to our children to leave the country.” They left everything behind and, together with his wife and three children, Olexiy travelled to the border. “A friend of mine is currently taking care of the bees, but there is heavy fighting going on in the region. The farm’s continued existence is in no way guaranteed.”

After contacting his former employer in Belgium, Olexiy was able to fix a temporary stay. “We only had a couple of bags with the bare essentials with us when we left. This means it was crucial that the both of us found work as fast as possible.” After arriving in Belgium, the admins at his old beekeeper’s association advised him to apply for a job as beekeeper at the centre of expertise Honeybee Valley at Ghent University. Olexiy got a positive response: he was hired as beekeeper for a period of 6 months.

Professor de Graaf, who leads the centre, was happy to see Olexiy arrive: “At the moment, we have several different projects up and running with a focus on honeybees. This means that we’re always in need of an extra pair of hands. Besides this, we also wanted to do our part in the support effort for Ukrainian refugees.” Olexiy will also be working for the Eva Crane Trust, which co-finances the project, in their effort to make an inventory of their unique collection of beekeeping objects. “This collection was originally put together by Eva Crane, a researcher who focused on bees and the author of a number of books on the subject. Until recently, it was housed in the Beekeeping Museum in Kalmthout,” Professor de Graaf explains. 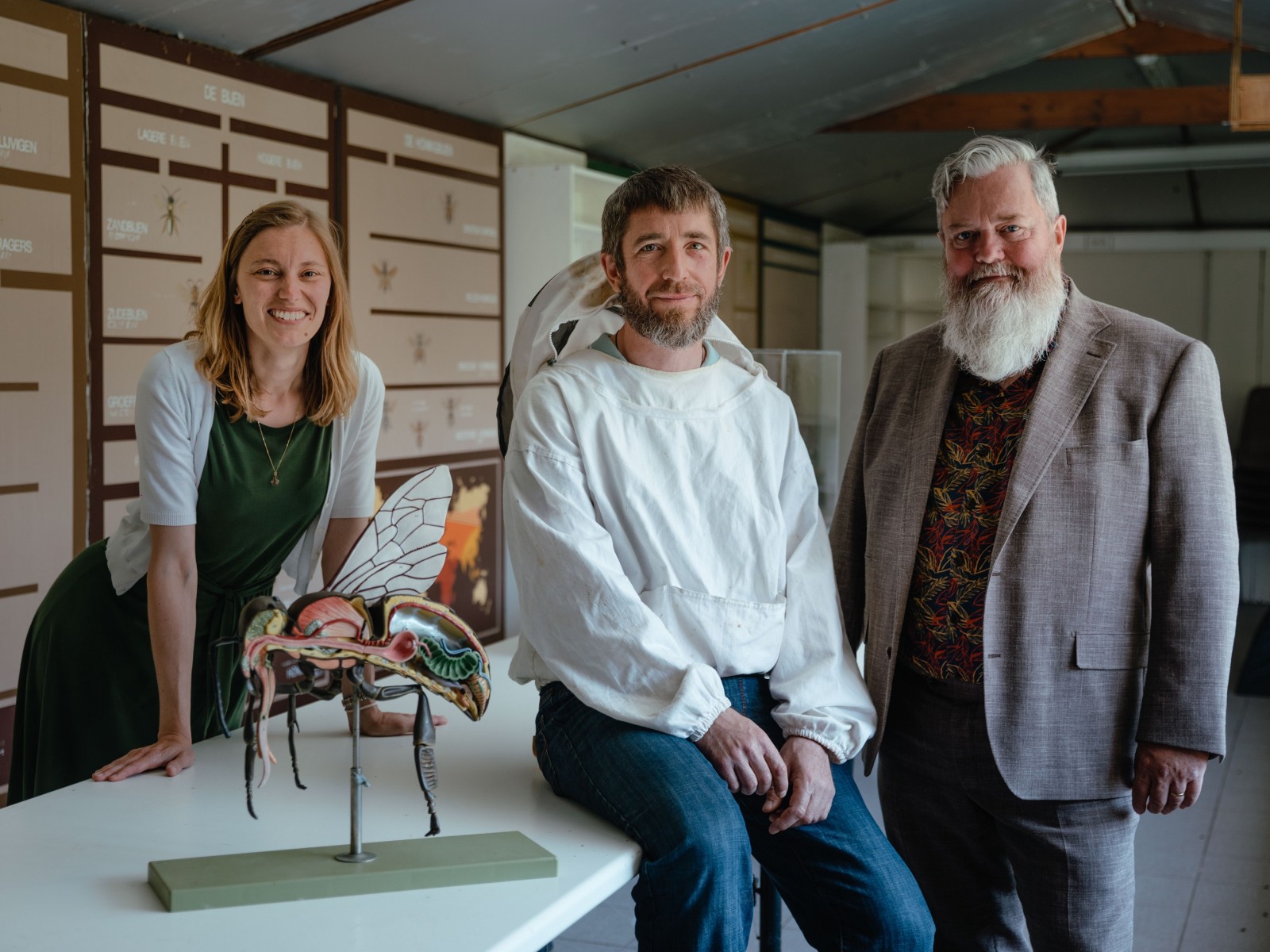 To think about the future again

“Olexiy has multiple degrees and extensive experience in company management. In this context, he is clearly over-qualified for the job. Nevertheless, he has enthusiastically seized the opportunity we have offered him. We hope his work with the bees will allow him to forget the realities of war, even if it’s just temporarily,” emphasises Professor de Graaf. Olexiy himself is grateful and also happy to stay busy: “My old employer and colleagues from TVH Group, our Belgian friends and my current colleagues have all helped us so much: the trip from Poland to Belgium, a place to stay, gainful employment, a sympathetic ear. We’re lucky.”

But it’s unsure what the future will bring for them: “In Ukraine, since the start of the war, there weren’t any more Mondays, no Tuesdays, or Wednesdays. The only thing that mattered was getting through the day. Since our arrival in Belgium, it’s become possible to think about our future again because our children are able to attend school here and my wife and I both take Dutch lessons. We’re still taking it day by day because of the war. But now, at least, we have some perspective.”

A DONATION TO BEE RESEARCH?

Would you like to make a donation to the Ghent University Bee Fund? Go to the donation form or make a payment to BE26 3900 9658 0329, with the mention 'Fonds Bijen'. Your donation is tax deductible from 40 euros a year.