Social and sustainable, that’s what they stand for. And for the idea that — besides 'pure science' — there should also be room for bottom-up ideas. Food scientists Mieke Uyttendaele and Liesbeth Jacxsens (Faculty of Bioscience Engineering) developed guidelines for food donations so that they can be made more secure and of a higher quality. For this, they will soon receive the Rotary Science Award (ROSA). This is an award from the Rotary Club of Ghent to honor Ghent University for their contribution to the fight against poverty.

“There are no calls for this kind of research. This is not a high-tech science that is financed in projects. And yet, the subject is extremely important,” Mieke Uyttendaele suggests. “It’s not immediately obvious that everyone can eat healthy and tasty food. In our country, you need to have a decent budget to do that.”

That is what food scientists describe as food security: access to enough food with sufficient nutritional quality. In Europe, food donations are an important incentive to ensure the food security of people living in poverty. Organizations, usually managed by volunteers, collect food surpluses and redistribute them. A win-win situation: less food is wasted, and people in poverty are helped. Yet there are still some obstacles, the researchers discovered.

“The food donation process in our country is a real tangle of organizations and product flows. In order to gain insight into this, we first wanted to draw a food donation map,” explains Liesbeth Jacxsens. “Some committed bio-engineering and industrial engineering students wrote their master’s thesis on this subject. They mapped out the entire food donation landscape of Flanders and Belgium.”

Not everyone eats leeks

In the process, the bottlenecks in the donation process were also revealed: how do you guarantee the quality and safety of donated products once they leave the regular food chain? How do you check whether cooled products have actually been kept cool throughout the entire donation process? And how strict should you be with expiry dates?

From master's thesis to widespread use

These master's theses became the basis for several scientific publications, the results of which also reached the Federal Agency for the Safety of the Food Chain (FASFC). They drew up a policy document, in which the guidelines for food donations were simplified. Via a circular letter, the new simple guidelines are now in use throughout Belgium.

Jacxsens: “Organizations that make food donations or process food surpluses for donations are food companies by law. So they have to strictly comply with food safety regulations. That hygiene legislation is very complicated. We investigated how we could simplify this scientifically.”

“Food safety is important. We do not want a two-track policy: everyone is entitled to safe food. As a result, there is sometimes a tendency to be too strict, which puts a brake on the distribution of food surpluses,” adds Mieke Uyttendaele. “But if you underpin things well, you can make more things possible. In this way, less is wasted.”

Belgium was one of the first countries with such a circular letter. The European Food Safety Authority picked up on the research and contacted Professor Jacxsens. This led to adjusted hygiene legislation on a European level, in which more flexibility for food donations is allowed.

Jacxsens: “Now supermarkets are allowed to freeze fresh fish and meat for donations. That was not allowed before: everything had to be frozen immediately after being caught or slaughtered. Use-by dates can also be interpreted less strictly: products ‘best before’ a certain date can still be distributed after that date, provided the packaging is not damaged. That’s the difference with the statement ‘use by’: you simply cannot exceed that date.

In addition to simpler guidelines, the students and researchers drew up a series of practical tips for organizations that commit themselves to food donations. The tips are formulated simply so that everyone can understand them.

“Knowledge about nutrition should reach everyone. And you don’t do that through scientific publications,” says Mieke Uyttendaele. “In the translation of research or in guidelines to the general public, ‘the consumer’ is often targeted. Vulnerable target groups are often overlooked. That is why we consciously set out to translate our research into practical, simple tips. Simple, but scientifically underpinned.

In the ‘Rabot op je bord’ project, the inhabitants of the Rabot neighborhood process food surpluses into long-life preserved products. These are sold at local social grocers. However, there was still uncertainty about the best-before date. And that is why Rabot op je bord came to Mieke Uyttendaele.

“My mother used to receive lessons in home economics. That knowledge has been lost. Some things they taught then are now trendy again, like pickling vegetables. However, there is real science behind that, you know! It requires specific time-temperature combinations to kill certain germs or shut down enzymes. That knowledge is important if you want to process food surpluses into such products. And that is what you learn at our faculty.

A master’s student observed all the steps in pickling the food surpluses for Rabot. She made adjustments here and there and produced simple instructions.

Thanks to the ROSA prize, this project can now continue. This summer, the instructions will be translated into simple, science-based cards that employees in social kitchens can use. The ambition is to distribute these cards and the accompanying learning path throughout Flanders, so that other social kitchens can also use them. 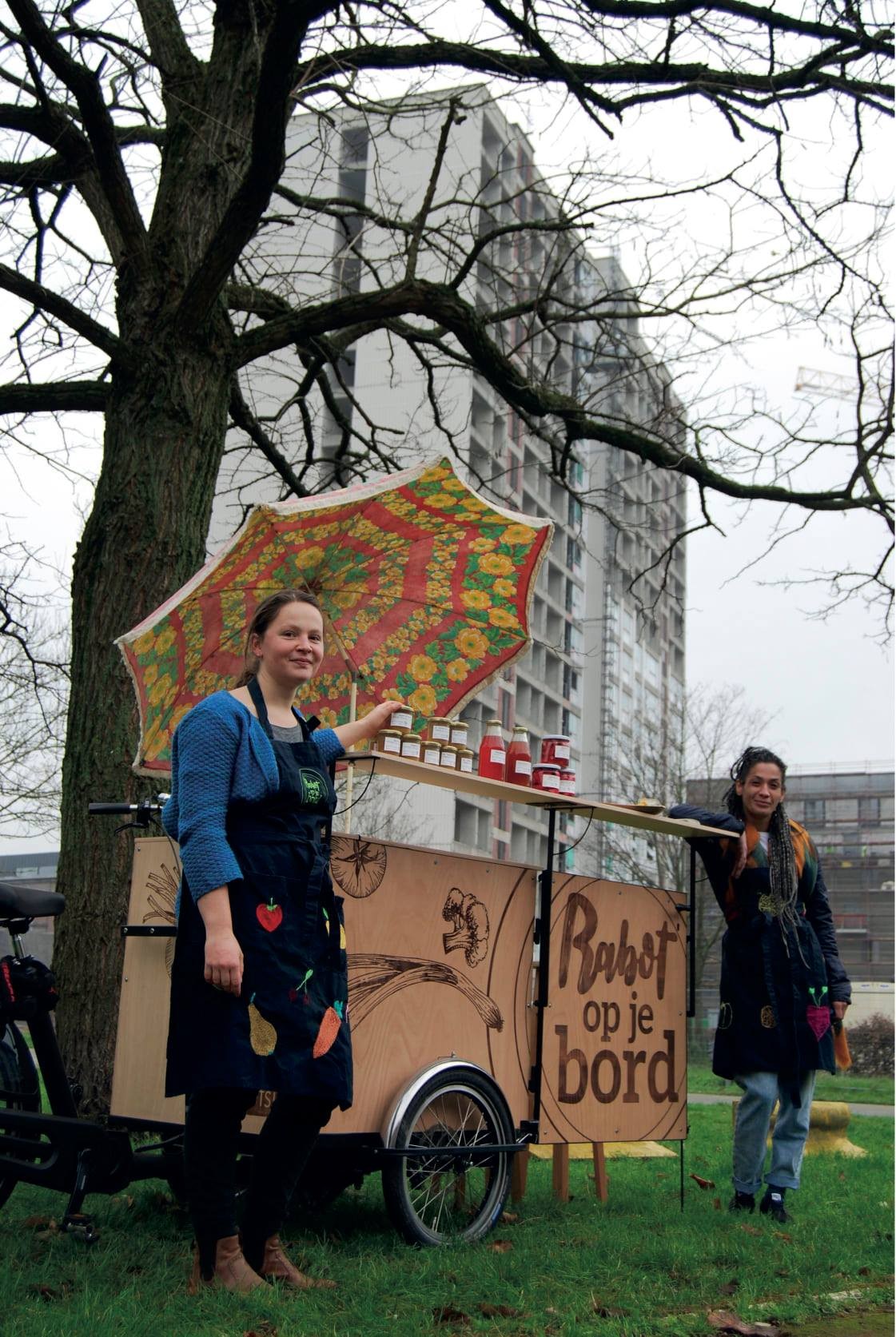 And that is also the direction the researchers want to take in the coming years. Liesbeth: “The conventional food chain is increasingly under pressure, because people want local food. We want to use our knowledge to support such projects.”

“Attention to the environment and society is important,” concludes Mieke. “In our bio-engineering and industrial engineering courses, we try to incorporate that focus. That way we hope to get our students on board with this story.”

On June 7 at 8 pm, Rotary Club Ghent will present the Rotary Science Award (ROSA) to Professor Liesbeth Jacxsens and Mieke Uyttendaele, for their research on food donations. The prize worth €10,000 is sponsored by Belfius Bank and Candriam.

International top recognition for researcher who is combating ‘hidden’ hunger

From now on, Professor Dominique Van Der Straeten can call herself a fellow of the prestigious American Association for the Advancement of Science (AAAS). This international recognition honours researchers who are making an invaluable contribution to science and its application. In the case of professor Van Der Straeten, it recognises her research, which aims to reduce ‘hidden’ hunger and the consequences of climate change.

If you have a sweet tooth, you’ll know how difficult it is to keep chocolate cool during the summer months. So where should you store it? In a cupboard or in your fridge?

A new sugar replacement, call it Stevia 3.0, tastes just like sugar and is much healthier. It’s been developed by an American company, but conceived with input from Ghent-University professor Marjan De Mey. A partnership that will clearly stick around in the future.