A Ghent University campus in South Korea - what should we imagine?

So the Ghent University identity is very important there?

“Absolutely, it is even central here. In Belgium, we don’t need to make a huge effort to explain what Ghent University stands for. The university’s identity is clear and the values and standards are self-evident. But if you have to explain that to international students or professors, it is difficult. This campus has forced Ghent University to think about that.”

How big is the campus?

“Actually, you can see the campus as part of a ‘biotech valley’ in Korea. There are 30 of us here at Ghent University. Twelve are permanently present in Korea. A large part of them is of course recruited internationally, but again through the rules of the university. At the moment, they teach almost 400 students who can choose from 3 courses: molecular biotechnology, environmental technology and food technology. In addition, there are about 25 PhD students.”

Why did the campus come about?

“The South Korean government wants to stop the ‘brain drain’. Many bright minds leave the country to study at top universities, where they often stay afterwards. To counteract this, the government wanted several top international universities in their own country. In this way, the talent remains in South Korea and the students still receive a Western diploma. That is how we came into the story, together with some universities from the United States. Originally, the Korean government only wanted us to teach, but we kept negotiating to do research as well. After all, we’re a research-driven university, and we don’t give up that easily.”

Why is it important for Ghent University to have a presence in a foreign country?

“First of all, because internationalization is very important for a university. We can learn a lot from other countries, and here in South Korea we are closer to the source of a lot of knowledge. The campus serves as a bridge to Asia. Moreover, we are cooperating with other top universities on a brand-new international campus, so the exchange of knowledge is great. And thanks to the attractive financing plan of the Korean government, we can do research here in fully equipped state-of-the-art labs. That’s not a bad thing, right?”

Are there major cultural differences at an academic level?

“Absolutely. First and foremost there are the language barriers. Many of our Korean graduates are experts in their field and understand English well, but you notice some problems in conversations. In addition, not only society, but also the academic world is organized very hierarchically. The professor is the general of a research group and the rest have to follow. There is little room to color outside the lines. That sounds very negative, but it also has advantages. This hierarchy works well when the professor has a clear goal in mind. Then everything goes a lot faster than in Belgium. That ‘fast, fast’ mentality is a relic of the older generation, which built up the country very quickly after the Korean War in the 1950s and made it prosperous.”

What research are you doing in South Korea?

“I am a computer scientist and here, at the biotechnology campus, I do research on mathematical and computational modeling of biotech data. For example, we apply artificial intelligence to analyze biological sequences and biomedical images. In concrete terms, this means that, for example, we scan MRI images via a computer system to detect muscle tears. By using artificial intelligence, we try to reduce the margin of error in interpreting those medical images.”

How did you end up in South Korea?

“Actually, it is all the fault of Rik Van de Walle (laughs). As a PhD student, I was invited to present my papers at two conferences in Asia. The first was in Singapore and the second in South Korea. I suggested to Rik, my supervisor at the time, that I would do it in Singapore and that one of my co-authors would go to South Korea. Rik disagreed and insisted that I go to both conferences.”

And then you stuck around?

“Yes, something like that. I had a few days off between the conference in Singapore and the one in South Korea. So I decided to do a tourist trip. However, the guide to the bus trip from my hotel was only available in South Korean at the time. Out of naivety, I thought: that will do. I seriously misjudged it, but luckily there was a woman on the bus who spoke a little English. She showed me around for the rest of the trip. We got on very well and stayed in touch. Today I can call her my wife and the mother of my two daughters.” (He boasts!)

Did you return for her?

“Largely yes. When I sought a postgraduate position not much later, I soon found myself back in South Korea. And when, after a few years, a position also became available at the Ghent University campus in South Korea, I did not hesitate for long.”

For science and for love, then? 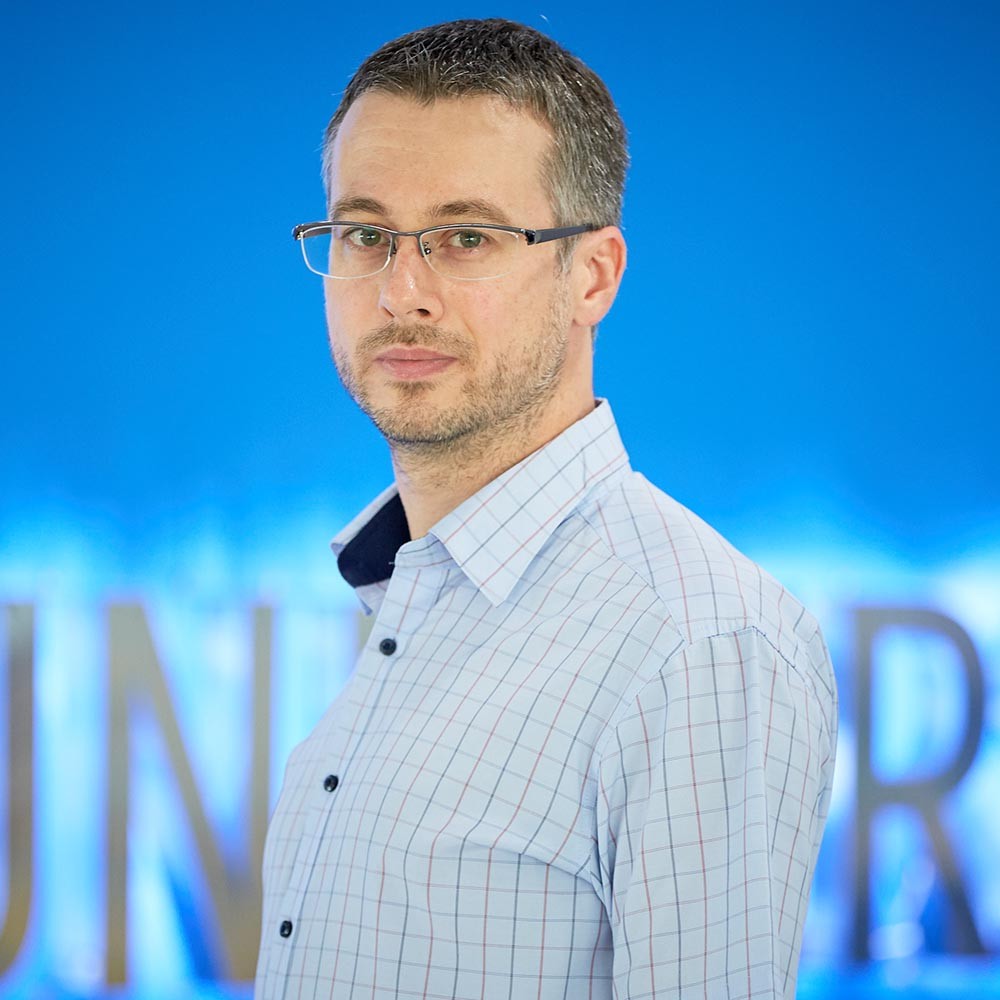 Wesley De Neve graduated with a Masters of Science in Computer Science (2002) and as a Doctor of Engineering (2007). Favorite spot at the university in the past: “The computer classes in the S9 at Campus Sterre because you could access the internet there. That opened up a whole new world to me as a new student in 1998.””