Nico Gunzburg changed Ghent University, criminology and a part of the world

He is one of the most defining characters in the history of Ghent University, for reasons which include his remarkable international career: Nico Gunzburg. His name was recently given to a foundation, set up by professors Marc Cools and Christophe Vandeviver. They believe that Gunzburg is the perfect embodiment of what they are keen to achieve with the foundation.

““He was one of those people for whom the university, Flanders and even the country were far too small. A man of the world”, says professor Marc Cools from the department of Criminology, Penal Law and Social Law. “It is exactly this international nature that we wish to reinforce in our programme”, continues his colleague, professor Christophe Vandeviver. Indeed, the ambition of the Nico Gunzburg Foundation is to broaden the horizons of criminology, and offer students and researchers an international perspective.

Son of migrants and a polyglot

It’s hardly surprising that they chose Gunzburg to be the ‘face’ of the foundation. He was born in 1882 in Riga, when it was still part of the Russian Empire. His parents, who had Jewish roots, decided to leave Riga and moved to Antwerp in Belgium. Gunzburg studied law in Brussels and embarked on a career that, one century later, remains an inspiration.

Gunzburg’s career took an international turn during the First World War. The Belgian government, then in exile, sent him on several diplomatic missions as the country’s representative. The reason they chose Gunzburg? His knowledge as a lawyer, but also his language abilities. He was an incredible polyglot, and spoke French, Italian, Portuguese, German, English, Russian and Dutch.

He had a special bond with Dutch. “During his education he was already very interested in the Dutch language. Not for reasons of Flemish nationalism, but due to his true love of Dutch”, explains Marc. It was this passion that drove Gunzburg’s efforts in the Dutchification of jurisdiction, which until then was almost entirely in French. And he was also a fervent supporter of the Dutchification of Ghent University. A goal that was achieved in 1930, after years of effort with Gunzburg at the helm.

Founder of the department of Criminology

The mark he left on Ghent University does not stop at Dutchification, however. The fact there is even a criminology programme at Ghent University is also thanks to Gunzburg. “In 1936 he took the initiative to set up a criminology institute in what was then still known as the State University of Ghent. The institute was founded two years later. Today, this is the department of Criminology, Penal Law and Social Law”, confirms Marc. Legend has it that Gunzburg convinced the former vice-chancellor with the words “I have a house, do you want it?” when it turned out there was no money for such an institute. The house located along Korte Meer, which is still owned by Ghent University, is a concrete reminder of this anecdote.

The aim of the institute was to optimise the multidisciplinary approach: including experts from the field, magistrates, lawyers, but also people from the world of incarceration and internment. And, right from the outset, Gunzburg also involved professors from the faculties of Medicine, and Arts and Philosophy. “He saw criminality as a social concern, much wider than the purely judicial approach. And, in doing so, he always stood up for the downtrodden”, says Christophe. Marc jumps in: “What few people know is that he was involved in taking initiative for the Higher Institute for Education. This is now known as the faculty of Psychology and Educational Sciences. In his vision of criminology he was particularly interested in what he referred to as ‘neglected youths’. This highlights his humanistic side.” 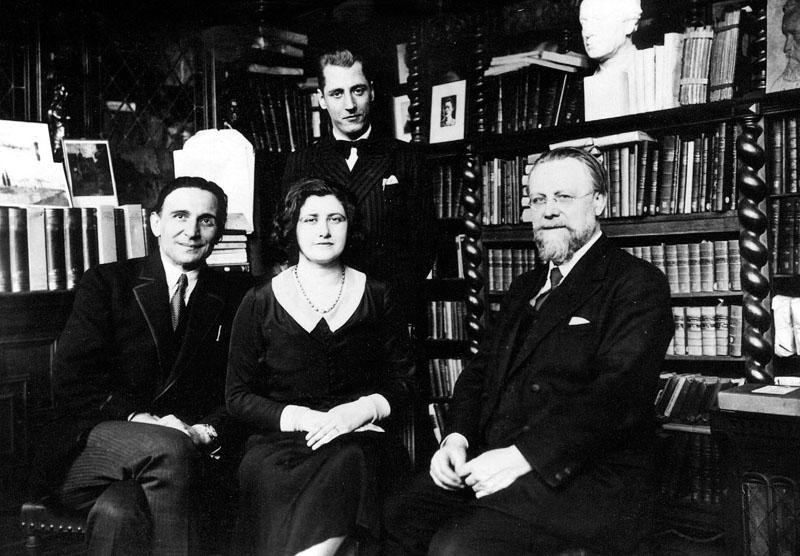 Nico Gunzburg (left), with some of his colleagues.

As fate would have it, Gunzburg crossed the border once again. During WW II he fled, first to France, then following a tip about the risk of arrest, he was forced to move on. He ended up finding refuge in Brazil, where he set to work as a professor in Sao Paolo and Rio de Janeiro, where he helped to reform penal law. When the regime began rocketing to the right, Gunzburg headed off to the US. Recommended by none other than president Roosevelt, he was able to work at the University of Syracuse in New York state. Gunzburg made an impression and was asked to help in developing the judicial framework for the Nuremberg Trials.

Later he returned to Ghent, where he completed his academic career. In doing so, he also continued his international activities, even as an emeritus. In 1952, at the age of 70, Gunzburg went to Indonesia to reform the police system, after the country gained independence. “He also founded a criminology institute at Jakarta University. In fact, he managed to make his mark on criminology all over the world”, concludes Christophe.

Best in the world

Gunzburg’s story inspired Marc and Christophe, who for some time had been considering the idea of setting up a foundation, aimed at making the criminology programme more international. Given his career, Gunzburg is the perfect person to lend his name to such a foundation. “We hope that the foundation will attract international criminologists to Ghent, so they can teach here for a few months. In doing so, we want to offer our students and researchers the chance to see new horizons and let them discover a discourse that would otherwise never be heard”, says Christophe.

Marc: “The criminology programme at Ghent University is among the best in the world. It is also one of the world’s largest. However, the focus has always been on national affairs, due to its historical evolution. For example, we hardly know what happens in South America or Africa, yet these countries also have a whole tradition in criminology. So, we say: bring those people here and let’s show that we are not confined to pensée unique.”

Thus, bringing a multi-perspective criminology, just as Gunzburg was doing. Christophe: “That is positive news for our department. You gain cross pollination by facilitating dialogue. Between North and South, and between various criminology movements.”

The question is whether it is so important for a Flemish criminologist to know the point of view of a South-American colleague? “In the globalised world it is no longer sufficient to know how our own police system works. New criminology domains are emerging with an international nature. For example, environmental crime. This used to be of little concern, but that’s no longer the case”, says Marc.

Christophe adds his support: “As criminologists in Ghent, it’s hardly realistic to imagine we have all the knowledge at our disposal. We need to leave such thoughts behind. Students should be confronted with this more frequently We should shape them as critical citizens of the world.”

In the first instance the foundation aims to attract foreign researchers to Ghent as part of a teaching programme, in which they teach one subject. Secondly, we will consider whether there are opportunities to arrange an exchange in the research domain. And who knows what the future has in store: “If I may dream for a moment, then one day there will be a Nico Gunzburg professorship. After all, that would ensure that the international perspective was secured for good in the programme”, says Christophe.

Would you like to play a part in bringing international top criminologists to Ghent University? Then join us in making a difference and support the Nico Gunzburg Foundation. Your donation is welcome and can be transferred to the bank account number BE26 3900 9658 0329. Please quote the reference "Nico Gunzburg" or "RE_989". Donations as from €40 per year are tax deductible. 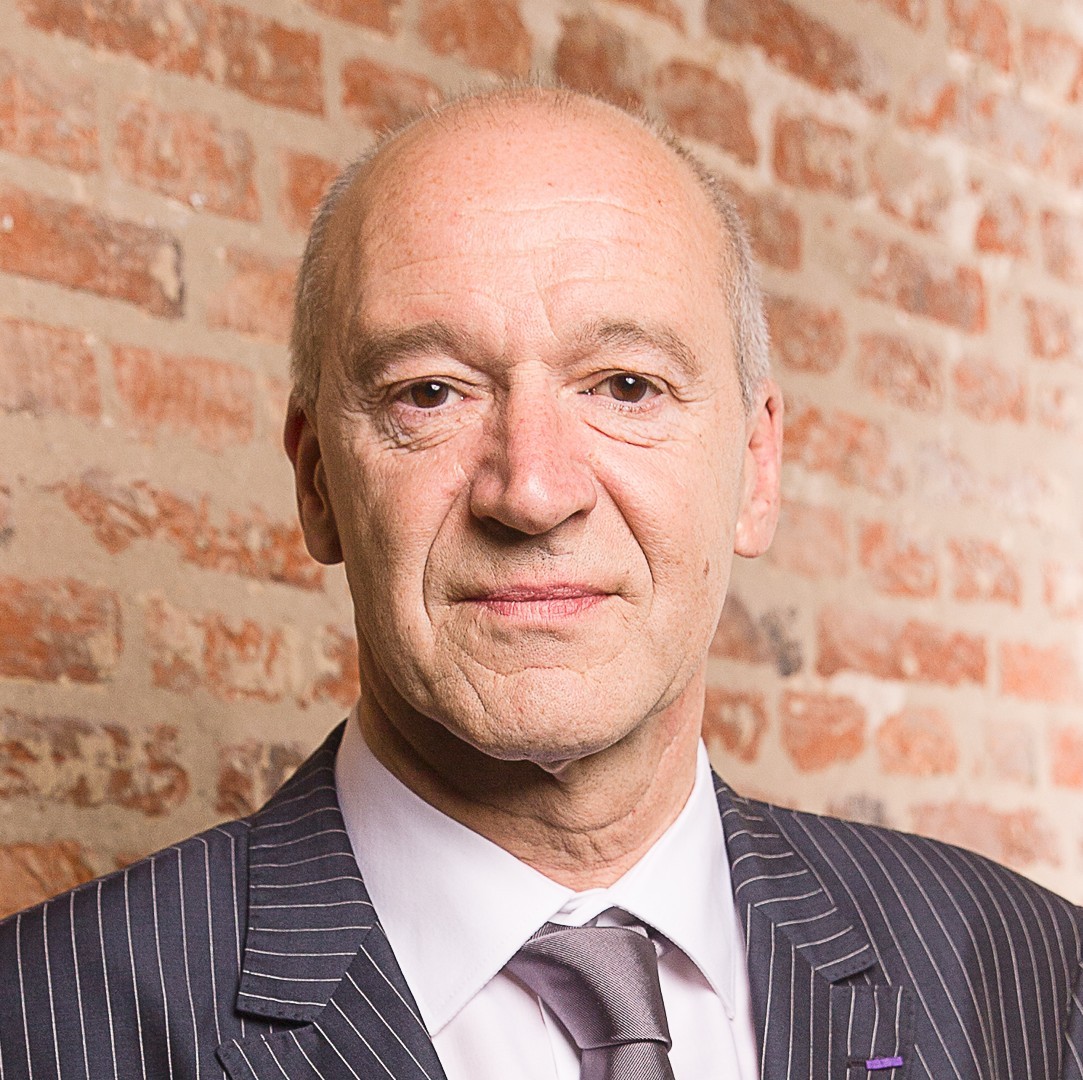 Marc Cools is full professor in criminology in the department of Criminology, Penal Law and Social Law. Born in Antwerp and a dedicated Beerschot supporter, he has been working at Ghent University since 1999, and was expert in the cabinet of the minister of Justice Marc Verwilghen (1999-2003). 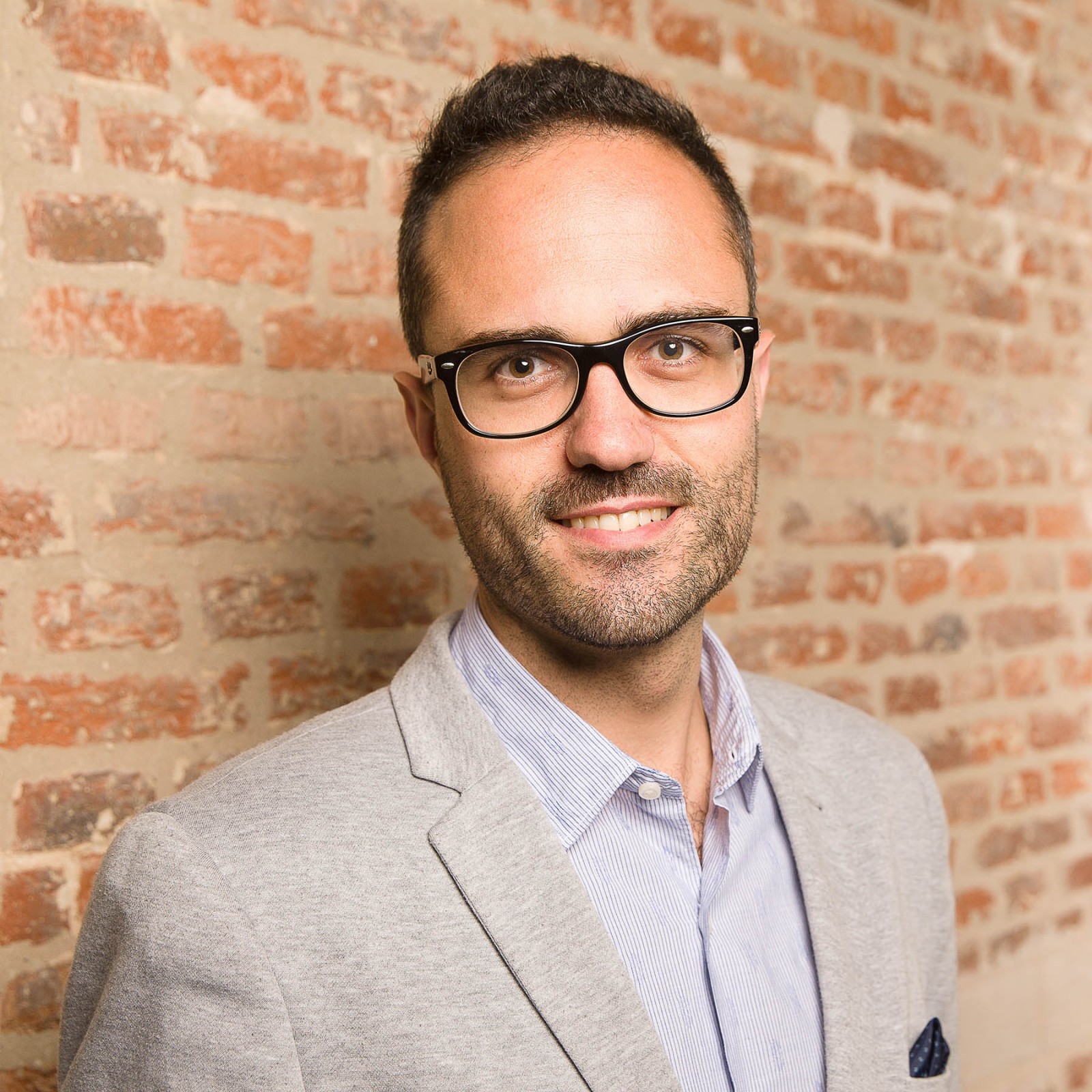 Christophe Vandeviver is research professor in criminology in the department of Criminology, Penal Law and Social Law. Last year he became chairman of the Young Academy, an interdisciplinary and interuniversity hub for young top researchers and artists with their own opinion of science, society, art and policy.

The corona crisis has forced Marleen Temmerman - gynaecologist, ex-politician, Ghent University researcher and professor - to find creative solutions in her work in Kenya. That work is also her life’s work: improving the rights and lives of women and children. When she talks about it, you hear, above all else, her fighting spirit and faith in a better future.