A test that ‘weighs’ whether and how much corona you have, but can also recognize flu and perhaps even cancer. That’s what molecular biologist Maarten Dhaenens and PhD student Bart Van Puyvelde have been working on for the past year. “This way of testing offers so many possibilities for the future.”

Sometimes you have to be prepared to go against the grain if you believe in something. That is exactly what PhD student Bart Van Puyvelde (left in the picture above) did. He managed to convince his supervisor Maarten Dhaenens (right in the picture above) to focus his research on mass spectrometry on coronavirus.

A week before the whole country locked down for the first time, Van Puyvelde had an idea. What if he could use his research on applications of mass spectrometry in the current crisis? What if he could use it to test whether someone was infected with the coronavirus? “My idea met with little enthusiasm at first. ‘We already have enough work and no one has ever succeeded in doing that. Let’s not go there,’ was the message I got. But I stubbornly kept insisting until I got a ‘yes’,” he says. A week later, they were able to get to work with the first samples of patients. “We just wanted to demonstrate whether we could find anything indicative of corona via a mass spectrometer. We were able to do that in a short time.” 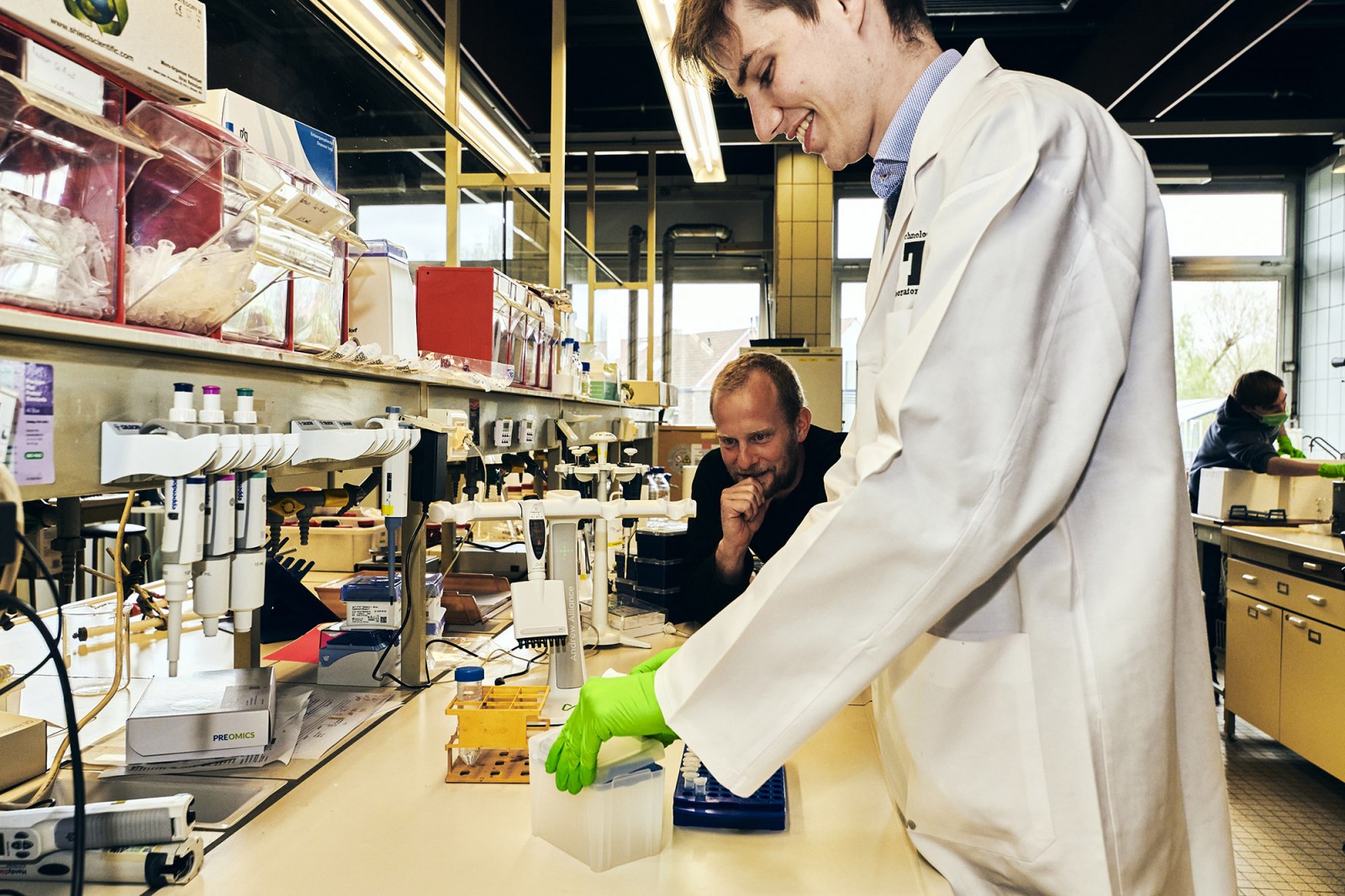 You can think of a mass spectrometer as hypersensitive scales, Van Puyvelde explains. “But one that doesn’t use gravity, but rather speed.” Currently, mass spectrometry is used in hospitals, for example, to test a baby’s blood from a heel prick. For viruses, the technique hasn’t been used until Dhaenens and Van Puyvelde managed to purify samples in such a way that made it possible to also recognize viruses.

Although their corona test also starts with a nasal swab, it’s done in a completely different way than the classic PCR test. In their methodology, the proteins from your nose are ‘weighed’. “Each protein is made up of chains of amino acids. There are about twenty different types of these. You can think of them as LEGO blocks, with which you can make an infinite number of unique combinations. Each combination means something else. The coronavirus, for example, has a unique combination that allows you to recognize it,” explains molecular biologist Maarten Dhaenens. 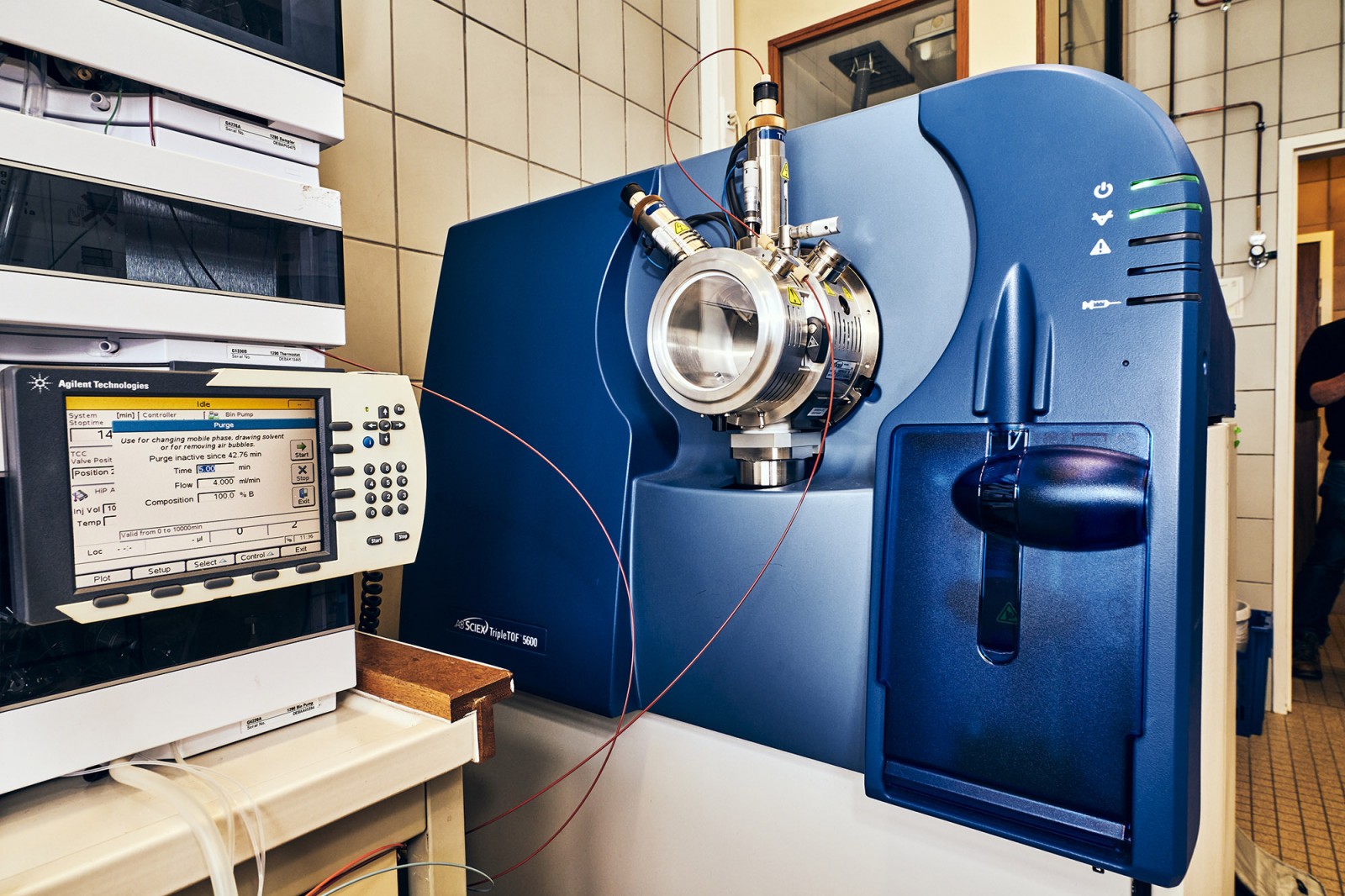 Predicting a chance of death

How exactly does that work? “We first break the proteins from the samples into smaller peptides (building blocks for proteins) and then ionize them. We’re looking for the peptides of corona; these are sucked into a tube using a vacuum after which they move from one side to the other. We can measure how heavy they are by looking at their speed. Just like a truck that accelerates slower than a sports car, we can also make this distinction with molecules. So we measure how heavy they are based on speed and not gravity.”

Once they know which peptides to look for, the researchers use other mass spectrometers in the clinic to “shake” the peptides. “It’s like a gold digger in the river … only the peptides of the coronavirus remain,” explains Maarten Dhaenens. “There’s then one final addition to the sample preparation. We add molecular tweezers. These are antibodies against the virus. They are the first to extract the ‘gold nuggets’. This also makes reading the results more simple. All we have to do is look at roughly three peaks.” 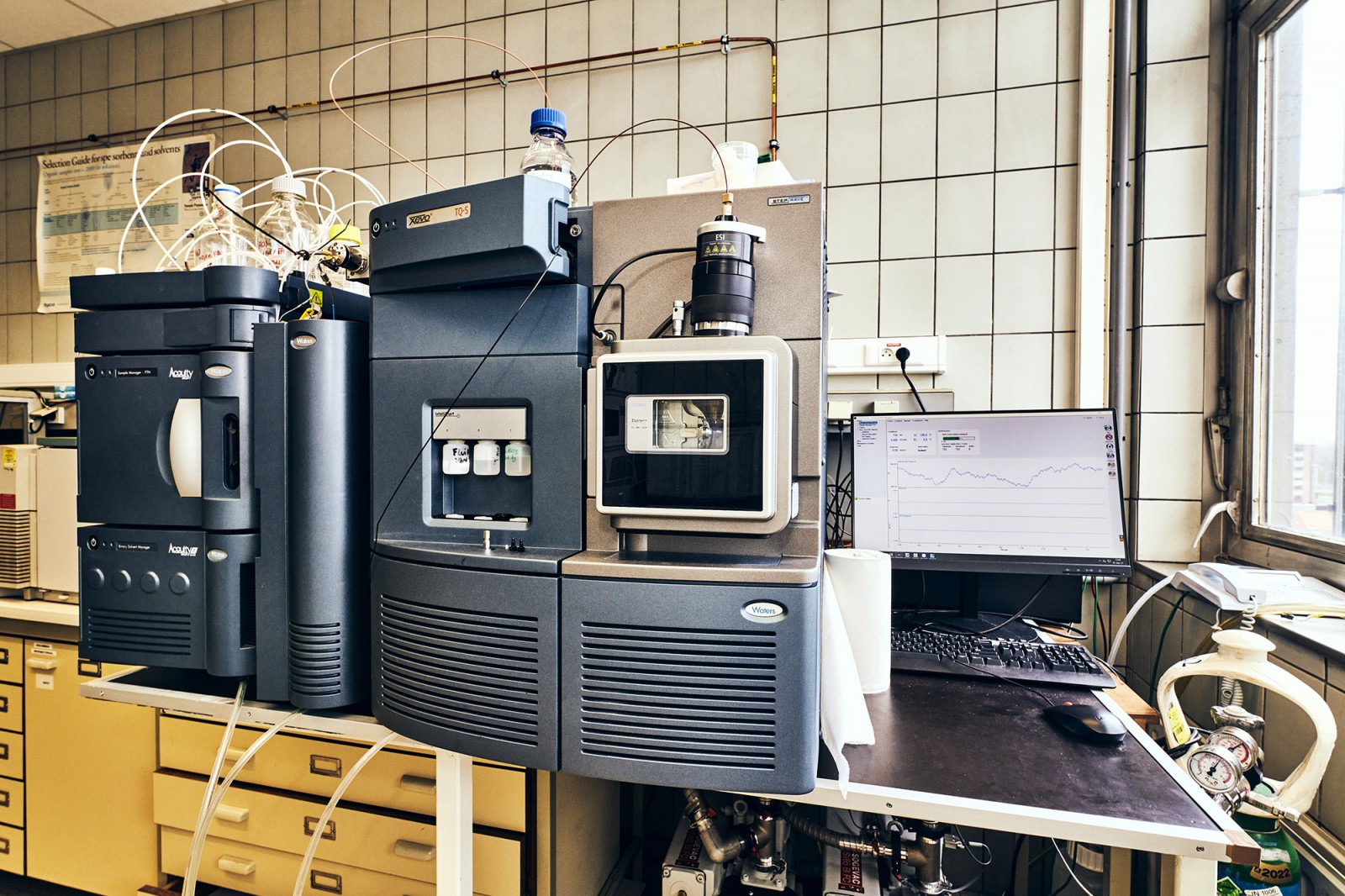 If the researchers use blood in the test instead of a nasal swab, they can even go a step further. “We can even predict, based on the proteins in the blood, what the survival rate will be if someone has the coronavirus. In essence, the more proteins of the virus there are in the blood, the less likely it is that the person will survive. The fact that we can see that is unique.”

Corona, flu and even cancer

The researchers realize that it will be difficult to knock the PCR test off its perch. “The PCR test has become the gold standard by now. It is a good way of checking whether someone has corona or not, but it has a number of shortcomings. We are trying to compensate for these and would like to go a step further. We see a lot more applications than just the corona virus. With the mass spectrometer, one should in the future also be able to see which variant of the coronavirus a person has. But at the same time identify whether they just have the flu. We even think we can use it to detect cancer. It seems as though the applications are endless.”

Moreover, with the ‘mass spec test’ it is possible to test multiple samples simultaneously. “Thanks to those molecular tweezers, you can, for example, mix thirty samples and examine them all at once. Only when a contamination is detected would it be necessary to test everyone separately. That will be especially useful toward the end of the crisis, when there aren’t many infections left. Now we are investigating how many samples we can test at one time.” 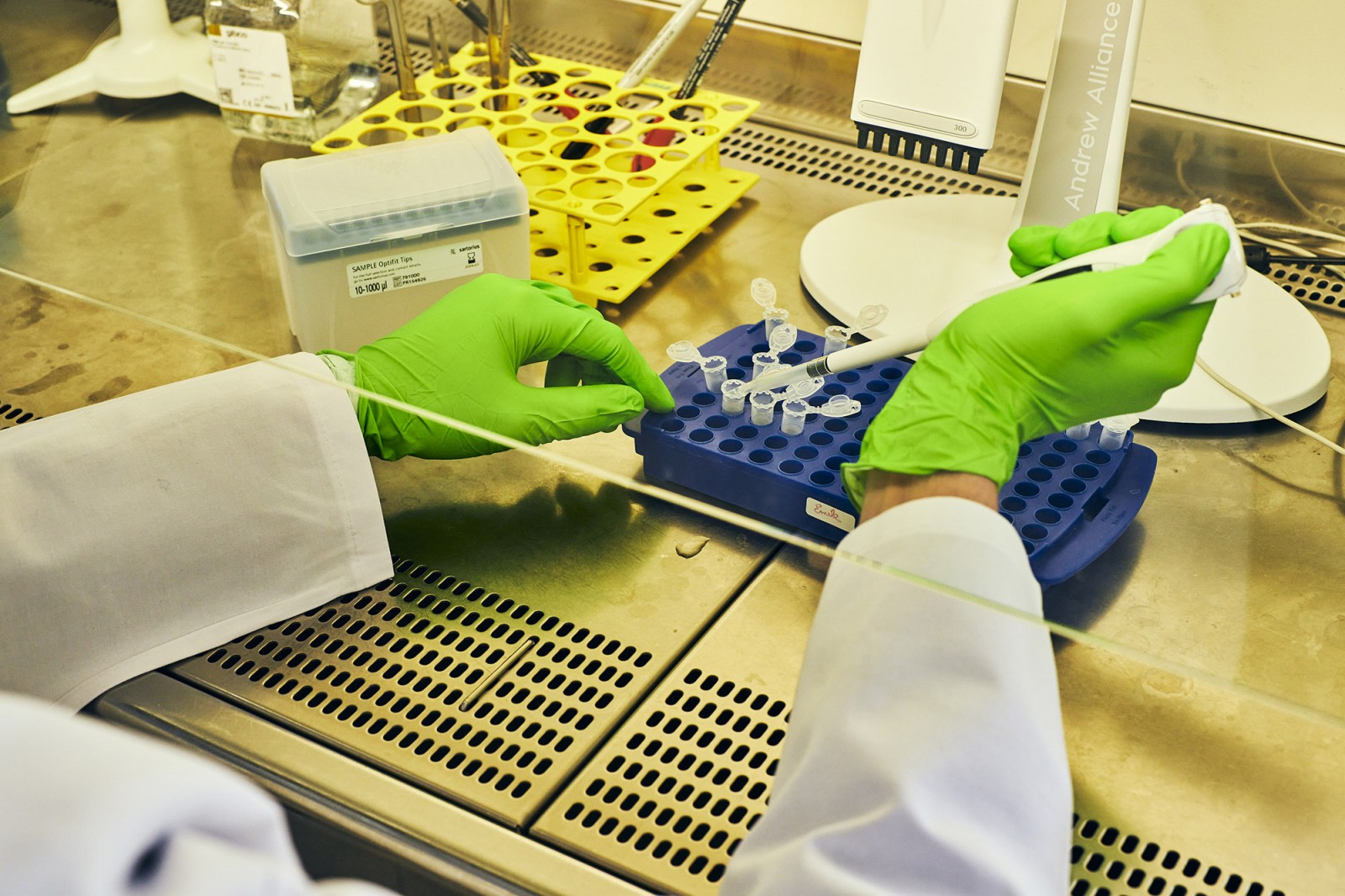 The fact that the research has now also led to a clinically useful test is the icing on the cake. “In the United Kingdom, the National Health Service (NHS) has built on our research and is now piloting the test in a clinical study. The first results are already promising,” says Dhaenens optimistically. This optimism is shared by Van Puyvelde: “It is strange to say, but last year has been a fantastic year for me. We are doing very relevant work now and that feels really good. In retrospect, the fact that all of this started because I stubbornly persevered is rather funny.” (laughs)