“Whenever I arrive in Zambia the children greet me as mama Masésé. That is the local term for cysticercosis. In fact they know me very well in the regions where we have worked for years. Sometimes you even come across babies called Sarah. That is very rewarding. Even so, the trust was not immediate. It took time to grow.”

When Sarah Gabriël graduated in veterinary medicine from Ghent University about twenty years ago she headed directly to Africa. She lived and worked there for eight years. “One day, a local colleague took me aside: you need to come to the slaughterhouse in the capital with me. There is something going on. I studied the pork and could see the parasites just like that. That marked the start of my research into cysticercosis.”

From pork tapeworm to human epilepsy

Cysticercosis is an infectious disease, caused by the pork tapeworm or ‘Taenia solium’. It starts when pigs eat human stool. In doing so, the animals can develop cysticerci, which you could also call the tapeworm larvae. These nestle like small bladders in places such as the pig’s muscles.

People who eat this meat become infected, after which they develop a long tapeworm. The eggs of this tapeworm end up in the stool, which the pigs then ingest. The animals may start behaving differently and can suffer epileptic fits. However, people can also ingest these eggs, due to a lack of hygiene, or as a result of contaminated food or water. The larvae can then nestle in the human body, including in the brain. The latter can cause epilepsy.

Cysticercosis is on the list of ‘neglected tropical diseases’. Yet it is the world’s most important parasitic infection transmitted by food. It causes 28,000 deaths each year and is the main cause of acquired epilepsy in Africa. “In Zambia, half of the cases of acquired epilepsy among humans are caused by the pork tapeworm”, says professor Gabriël. “Epilepsy is as much as ten times more common in Zambia than in Belgium. And less than five per cent of the cases receive the proper treatment.”

Epilepsy always has a major impact on people’s lives, however, in Zambia the consequences can be particularly grave. “For example, people often cook over an open fire. If a woman suffers a fit beside such a fire she can be severely burned. Or if someone suffers a fit when washing clothes in the river they can easily drown.” Furthermore, in many places epilepsy is not seen as an ailment, but as black magic. “It is greatly stigmatised and people with epilepsy are often excluded from society.”

In the past, the parasite was also quite common in Europe. “It has not disappeared entirely, but the number of cases is very limited. Most cases are caused by people who go to countries where the infection is still common, and by eating infected meat there or coming into contact with a carrier of the tapeworm”, explains Gabriël. “You still see it regularly in America, particularly Latin-America.”

“Therefore we must be careful, but there is no need to panic. The hygiene regulations are different here. Pigs are usually kept indoors and therefore have less contact with human excrement. Also we tend to cook our meat well, wash our hands regularly and we all use a toilet.”

In Africa, however, it is a significant problem and people must be made aware of it. “It is fundamentally important to share our knowledge. We regularly head off to Zambia and the other regions in which we are active. We then set up information points and take along training materials. This ranges from posters and online tools to clay models of stool in which you can spot the small worm parts.”

Children also play an important role in this information campaign. “You can teach them many things as they play. For example, we have now developed a kind of snakes and ladders board, a worm board you might say! To move further in the game, children must cook their meat well and wash their hands. We started by testing this in Belgian primary schools, and will soon be taking it with us on our mission. Children are good ‘health change agents’. If you teach them things and change their habits they often take these home and pass them on to their parents. That’s important.” 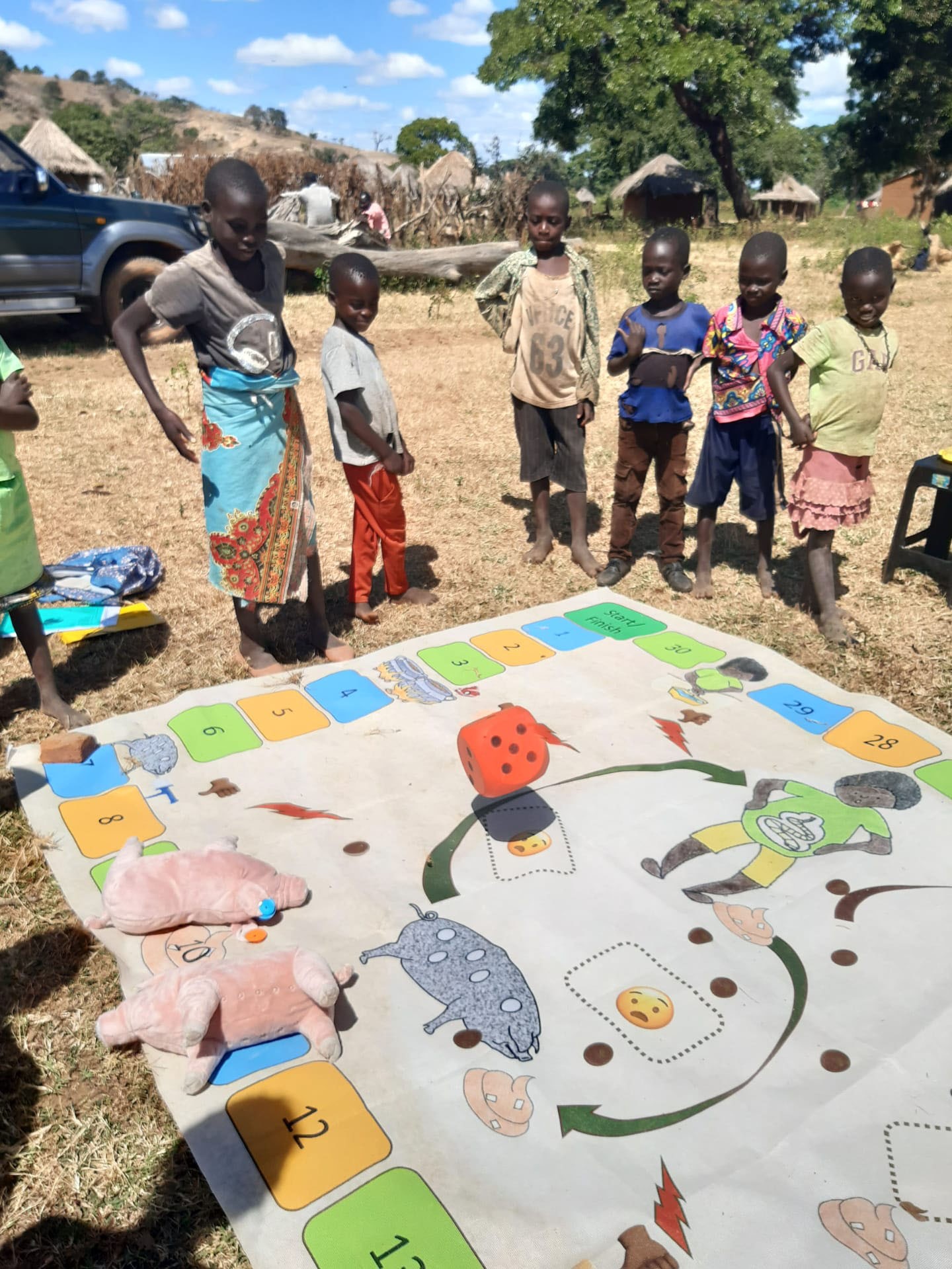 Can cysticercosis be entirely eliminated from the world? “That’s a good question. If I had access to all the world’s budget and resources I could certainly resolve it. However, there are often other priorities in countries where cysticercosis is rife. HIV, tuberculosis and malaria, to name but a few. We can offer advice, but complete elimination is out of our hands.”

That was the reason for ‘CYSTISTOP’. This research project, involving researchers from different disciplines at Ghent University, the Institute for Tropical Medicine and the University of Zambia and others, involves investigating the best ways to either eliminate or control cysticercosis. Until now, this is the only study to produce pioneering results in the battle against the disease in Africa. The results have already been published in the famous journal ‘The New England Journal of Medicine’.

Advice for the WHO

Researchers from CYSTISTOP made a simulation of every potential action and its effect. Covering further awareness building, treating people, and vaccinating pigs. “Our model demonstrated that you should treat both humans and pigs every four months, and also vaccinate the pigs. By doing that six times the disease should be eliminated entirely”, explains Gabriël.

This model was actually put to the test in fifteen Zambian villages. “We took action in eight villages, and did nothing in a further seven. Before and after these interventions we analysed the occurrence of the disease. Our learnings: the disease was no longer transferred between pigs and humans in the places where we had intervened. So elimination is really possible if you have sufficient resources and make it a priority.”

The study should aid the World Health Organisation, among others, where there is also much discussion about the best approach in tackling the disease. “The WHO is also struggling with the question of whether we must strive for elimination or control. Our study and advice can help in making this decision.”

Sarah Gabriël is coordinating the group, which includes doctors, experts in (veterinary) health, modelling, socio-anthropology, parasitology as well as veterinarians. This multidiscipline approach is necessary too, believes Gabriël. “I’m not an expert in all those professional areas. And I don’t need to be. I must ensure that the experts get together and share their expertise in order to come up with solutions. That’s essential if we are to tackle this kind of disease.”

Sarah Gabriël is coordinating the group, which includes doctors, experts in (veterinary) health, modelling, socio-anthropology, parasitology, as well as veterinarians. This multidiscipline approach is necessary too, believes Gabriël. “I’m not an expert in all those professional areas. And I don’t need to be. I must ensure that the experts get together and share their expertise in order to come up with solutions. That’s essential if we are to tackle this kind of disease.”

Do you want to support this research?

Distributing knowledge among the local population is essential to reduce the disease. The researchers want to increase their efforts even more, and focus on children. However, money is needed in order to develop and evaluate improved tools. Will you help to wipe out cysticercosis? Make your donation on BE26 3900 9658 0329 with reference "DI_814".