Can we find the solution for chronic lung disease in our own lungs?

Bacteria may be able to protect us from chronic lung disease. The best news of all? These bacteria can be found in our lungs. This discovery has already attracted international attention and may lead to new treatment.

“My jaw dropped when I saw the first results.” Researcher Aurélie Crabbé still gets excited about the discovery made by her team, in collaboration with national and international colleagues. ‘Good’ bacteria that can potentially diminish inflammation among patients with chronic lung disease. “There is a lot of work left to do, but I am hopeful that we will be able to use this to treat people in the future.”

Lots of people in fact, as around 300 million people worldwide suffer from COPD, short for Chronic Obstructive Pulmonary Disease. The illness can alter your life dramatically. Due to a lack of oxygen even simple things, such as going upstairs, can be difficult. The illness never goes away. However, it is possible to reduce the symptoms with medicines such as anti-inflammatories. These are not always effective, and side effects are common. Aurélie Crabbé is leading research that will (hopefully) lead to a new treatment for this and other chronic lung diseases.

“We once believed that the lungs were sterile. Now, we know that this is not true, and that the lungs can contain both pathogenic bacteria and other micro-organisms.”
Aurélie Crabbé 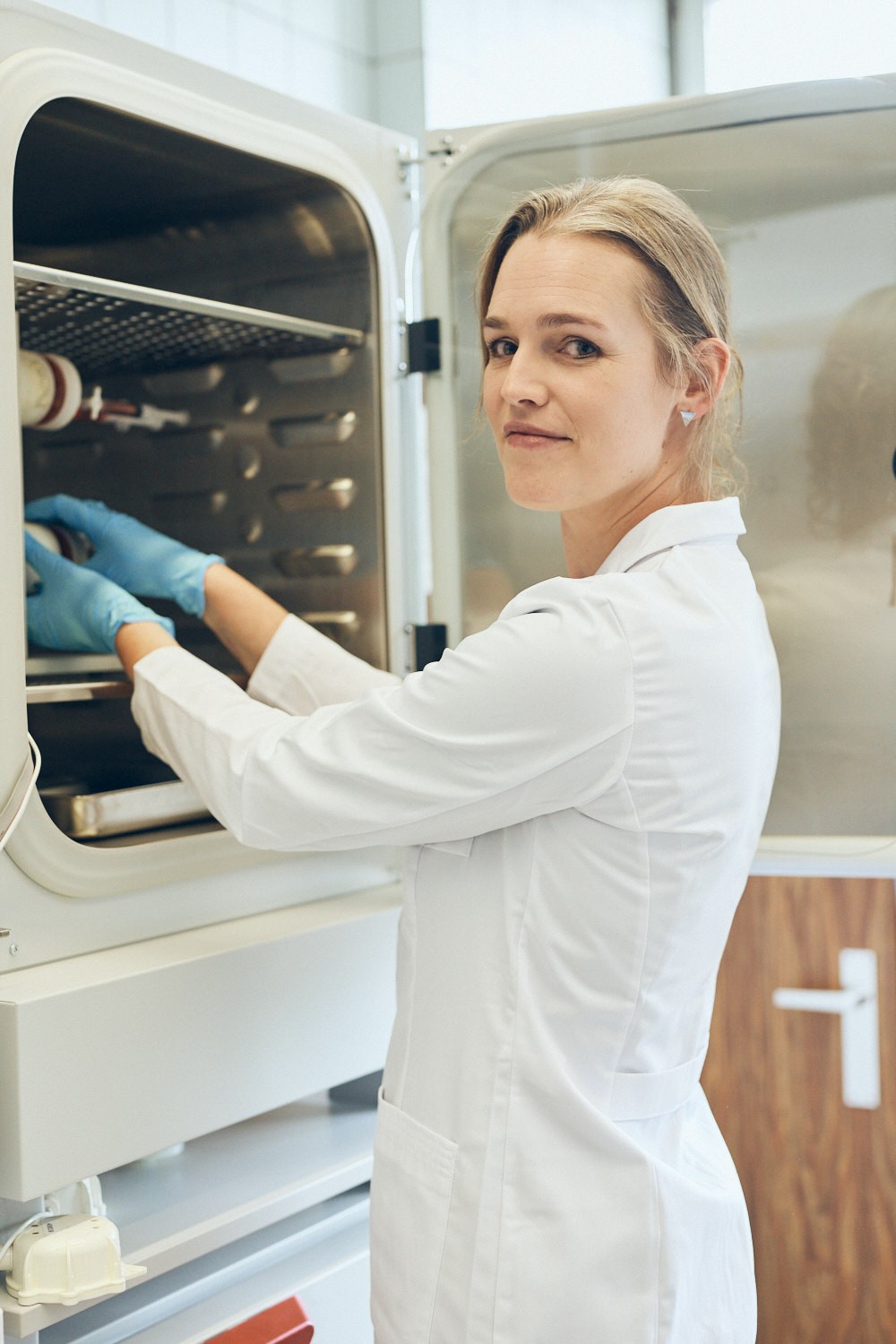 So Charlotte Rigauts, a postdoctoral researcher in Crabbé’s team, set to work on the most common lung bacteria. “In the laboratory, we exposed lung cells to pathogenic bacteria that cause inflammation. Then we added bacteria whose role in lung disease we knew little about, in order to measure the effect. In doing so, we discovered that the bacterium ‘Rothia mucilaginosa’ can suppress inflammation.”

Crabbé: “You may of course wonder why people still suffer from chronic lung disease if we carry these good bacteria inside us. Our research demonstrated that patients with lung disease have more inflammation when carrying less benign bacteria. So, if we want to use these in disease, then we need to find ways to multiply them. That is already one of the ideas.”

According to Crabbé, this approach requires further investigation. “Patients with lung disease are often given antibiotics, which can destroy many bacteria in the lungs. This means that not only the pathogens are in part destroyed, but also the good bacteria. A possible approach is therefore to develop an antibiotic treatment that is more selective and avoids killing the good bacteria.”

There are other ideas too. “We are thinking of inserting the good bacteria into the patients’ lungs. Possibly via inhalation, but again much research is required in order to demonstrate whether this is safe and effective. We are also studying the bacteria’s anti-inflammatory compounds in order to create a new anti-inflammatory medicine on the same basis. There are still lots of options.”

The flu and COVID-19

The discovery might also play a role in treating patients with the flu and even COVID-19. “Some patients develop serious diseases and inflammation. Their body reacts to the infection, producing lots of pro-inflammatory cytokines (proteins which encourage inflammation), causing a ‘cytokine storm’. Your immune system is then entirely out of control and that can be fatal.”

“Such patients are now being given strong anti-inflammatory medicines, causing all kinds of potential side effects. If we could prevent the inflammation with good bacteria, we could potentially help many people. But sadly, we’re not there yet.” 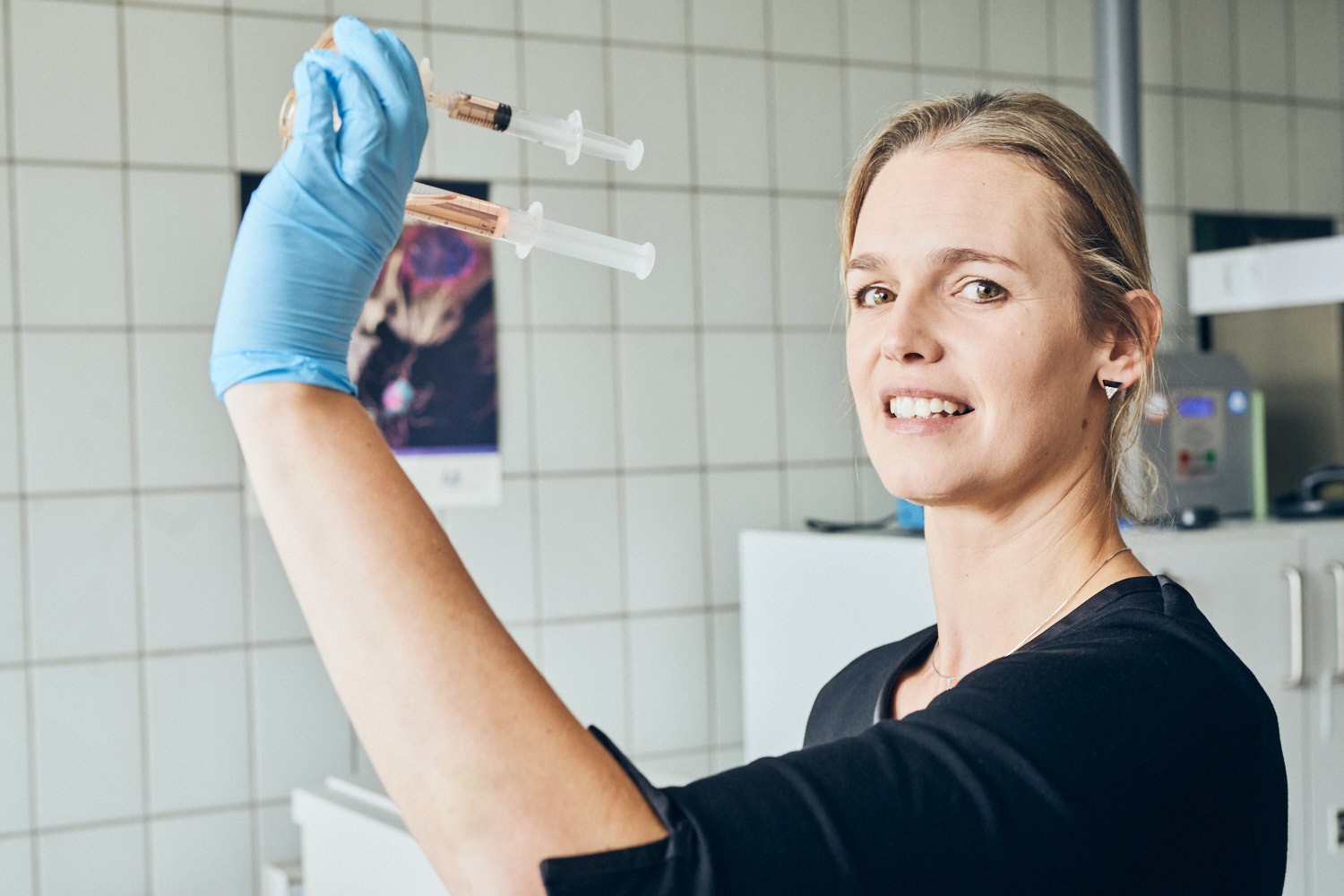 Not surprisingly, the research is attracting lots of attention, also on an international scale. “Aiming to demonstrate that our bacteria were effective outside the laboratory environment, I consulted colleagues in Australia. Geraint Rogers was immediately enthusiastic when I showed him our results. He is one of the founders of microbiome research in patients with chronic lung disease.”

The Australian research group has performed the clinical part of the study. They have done tests to investigate whether there is a connection between the quantity of the immunosuppresive bacteria and the levels of pro-inflammatory cytokines in lung samples of patients with a chronic lung disease. “Aided by the expertise of Rogers and his team, we were able to answer our research question; yes, the more Rothia mucilaginosa that is present in the patient’s lung sample, the less inflammation we perceive. The results are encouraging, but do not yet determine causality. More research is required to confirm that the bacteria can help to prevent inflammation in patients. I am very enthusiastic about the results and truly hope they can be used to help people. After all, that is and remains the ultimate goal of my research.”