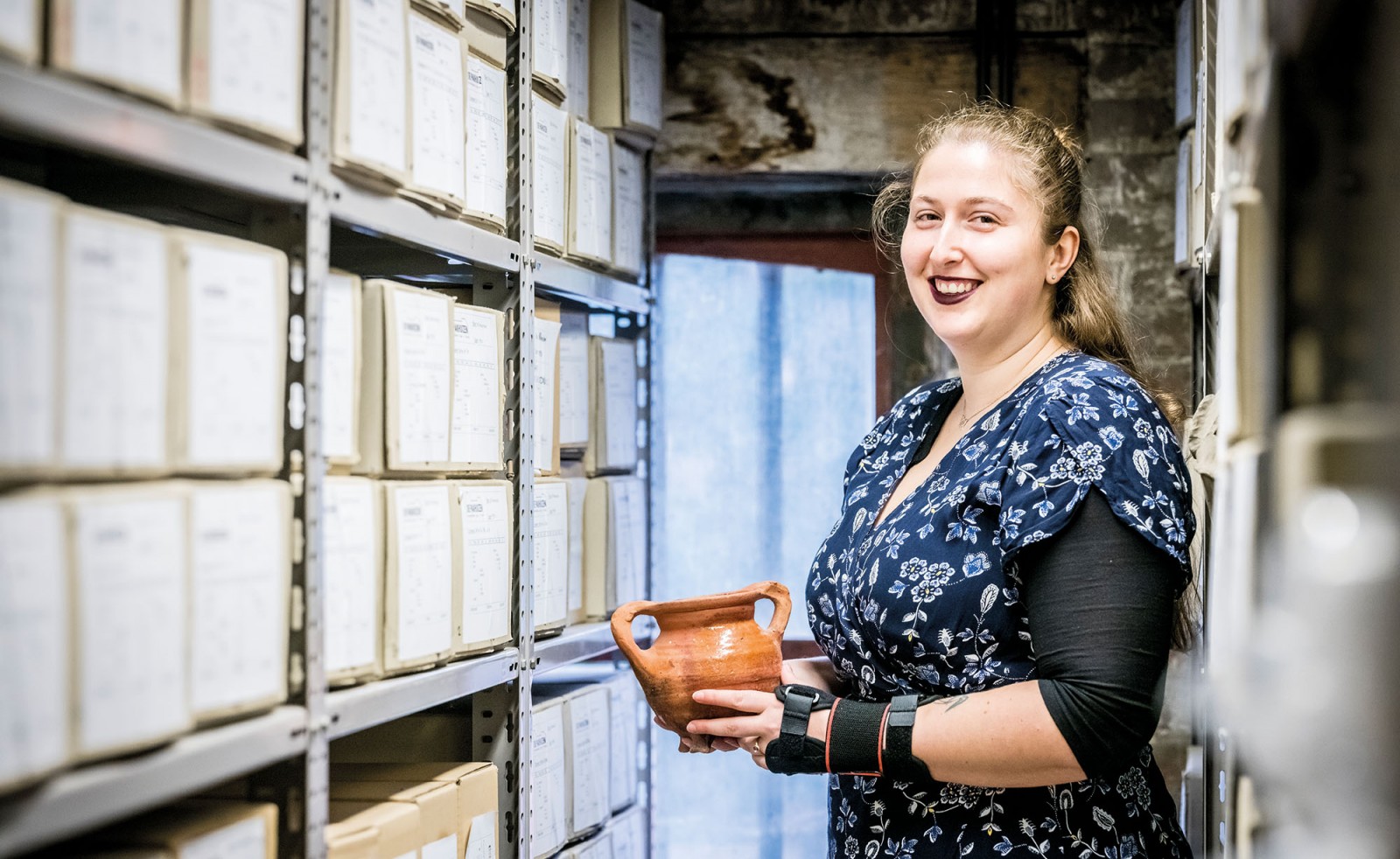 Caroline Landsheere: "Everybody said I wouldn’t find work, but I followed my heart"

"I was passionate about the past from a very young age. The question was: should I study history or archaeology? I ended up choosing archaeology, as it is more tangible. When you’re digging up a cup somebody held in the 12th century, the connection to the past is much stronger.

There was a bit of doubt when people told me that I would never find work. But I followed my heart. It turned out to be the right choice. My first internship was in the middle of winter. It was snowing, the ground was hard, and I still thought it was fantastic to be digging. That’s when you know.

After finishing my studies in Ghent, I went on to study public archaeology in London. I didn’t just want to be an archaeologist but also wanted to share my passion. That is what public archaeology does: it brings archaeology closer to people. At Raakvlak, I combine both; it’s my dream job. One day I’ll be in the field bright and early, doing excavation work. While on other days, I give tours to schools, prepare for the heritage day or write articles about what we are digging up."

"As a child, I collected fossils. I would keep these in bags and accurately record where and when I found them. While studying archaeology, I would go to an archaeology camp in Ireland every summer. There we were a whole group of students digging up the flanks of a mountain. I loved it. It’s where I met my husband, an American archaeologist.

When I graduated, I worked there for half a year, getting paid this time. Full-time jobs are a rare commodity in archaeology; it was difficult to find fixed employment. That is why I decided to look for administrative work. It started off as temporary work, first in Leicester, then in Belfast. We eventually moved to the forests surrounding Boston where I found work as a manager at the Harvard Business School.

I now supervise about twenty professor assistants. I love my job, though I miss the digging sometimes. It’s very unappealing to work as an archaeologist in America. They call it shovel bumming here. If there is any work to be had, it is for short periods of time. You’ll be in a motel near a dig site for a month living off a minimal wage of 12 dollars per hour. No, I’ll take the financial security I enjoy now. And on a cold day, I am very happy not to be in the field."

From a content perspective, it was a fantastic job, but it suffocated me. I was too young for a job as a city official. It wasn’t who I am. I eat when I want to, nobody defines that for me. It caused conflict with my colleagues. Eventually, I quit. After that, I tried all sorts of things until I went on a 6-month motorcycle road trip with my girlfriend. I felt so free then. Every day, we would meet new people in new places. I started photographing them, which then became my new passion. As a photographer, I look for the most interesting stories. It’s also what I did as an archaeologist. These small human stories always interested me more than the bigger historical story.

My archaeological knowledge still serves me well. I am renovating our house and really enjoy letting its history come to light. I’ll look at old plans and go out and search for the remnants. In so doing, I’ve unearthed a door opening from behind the plaster and located an old water well. Each fragment I’ve found while digging, I keep. Our toilet has become a proper showroom!" 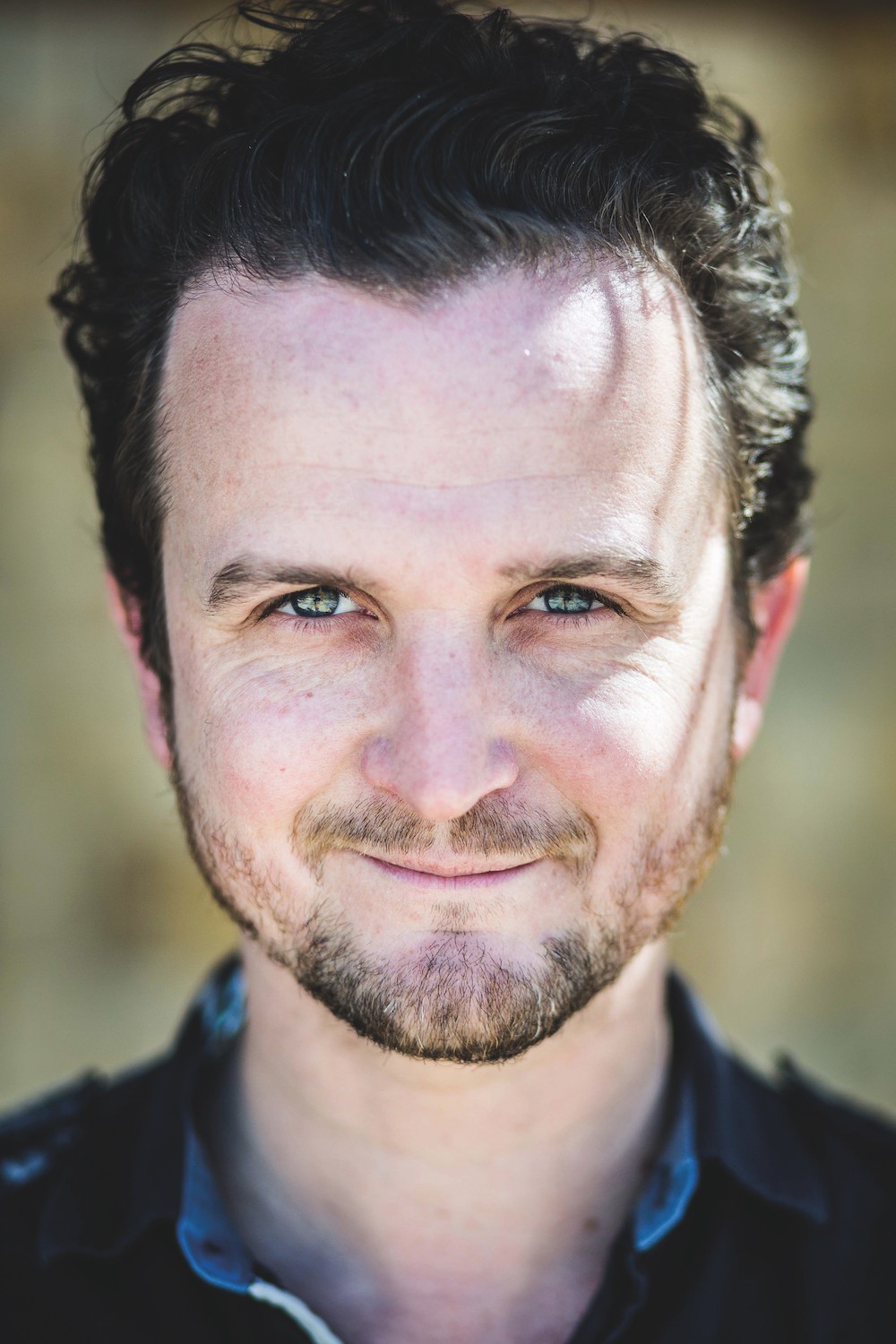 Two alumni look back at their time in education and the road they eventually chose. In effect, even though they started on the same path, it took them to different places.