Can we expect a solution for pollen allergy?

Do you suffer from hay fever? You are not alone: no less than 1 in 3 people worldwide have an allergy, particularly to pollen or dust mites. For people aged between 20 and 45 this amount is as much as 40%. “In fact, we expect this number to keep growing in the future”, predicts professor Philippe Gevaert (department of Head and Skin), clinical head of the Ear, Nose and Throat department at Ghent University Hospital. “But, don’t worry: a solution is on the way.”

What are we most allergic to?

“The three most common allergens are dust mites, grass pollen and tree pollen. Dust mites can be found in your bedding, throughout the year. Therefore, this particular allergy does not depend on the season. An allergy to grass and tree pollen is commonly known as hay fever, and referred to in science as allergic rhinitis. It is this allergy that Frank Deboosere warns us about during his weather forecast: it strikes during the so-called pollen season, when certain species of grass and tree are in flower. In the warmer months, in other words. You can easily check which types of pollen are predominant in the air on sites such as airallergy.be.”

How do you know if you are allergic?

“If you suffer complaints such as sneezing, a nose that keeps running or is blocked, if your eyes or nose itch. You also have complaints such as sleeping badly, tiredness, feeling less  fit at work. We generally divide those afflicted into two categories. On the one hand, the sneezers or runners: those are the people who sneeze a lot during the pollen season and suffer from a runny nose. They tend to make the connection with hay fever after one or two seasons. On the other hand you have the blockers, who are continually bothered by a blocked-up nose. Many tend to resort quickly to anti-inflammatory sprays in order to clear their nose, however, these are addictive. For them it often takes longer to make a diagnosis, simply because they think they have a cold. A doctor can very easily establish this diagnosis by taking blood or with a skin-prick test.” 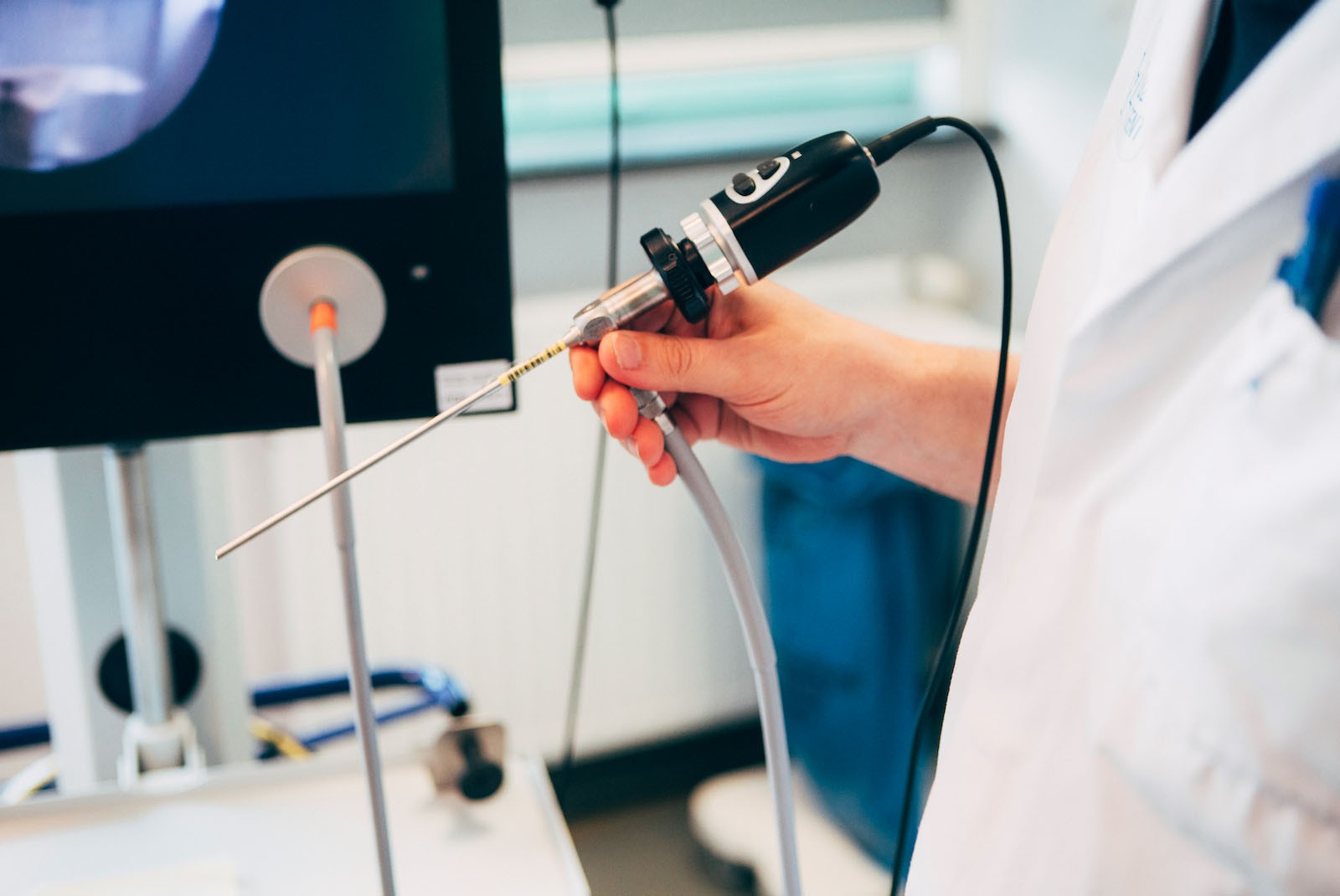 Can we do nothing about these allergic reactions?

“Fortunately we can: the future looks very promising in fact. Just as well, since the allergic population keeps growing. We are currently seeing some very good results with allergen-specific immunotherapy and biologicals (a medicine in which the active ingredient is an organic substance, Ed.).

In any case, it is sure to considerably improve the quality of life for thousands, maybe millions of people. That is necessary, since allergies have a significant impact on people’s lives. A fact that is often underestimated. Research shows that allergic students score 10% lower in June than in January.”

A treatment would certainly be very welcome, since increasing numbers of people are bothered by allergies. How can this increase be explained?

“It is partly because we are much more hygienic than we used to be. If you are allergic to dust mites, it is very likely that your childhood bed was changed very frequently, causing you to have little contact with these allergens. Furthermore, we have less contact with infection, which means that we develop less resistance and are more allergic. So, for example, we see that children who grow up on a farm or in a large family, or who go to the nursery, and therefore have more chance of catching infections, are generally less allergic. This does not mean that we should start becoming less hygienic: after all, a hygienic lifestyle brings more benefits than disadvantages. For instance, the rate of infant mortality is much lower.” 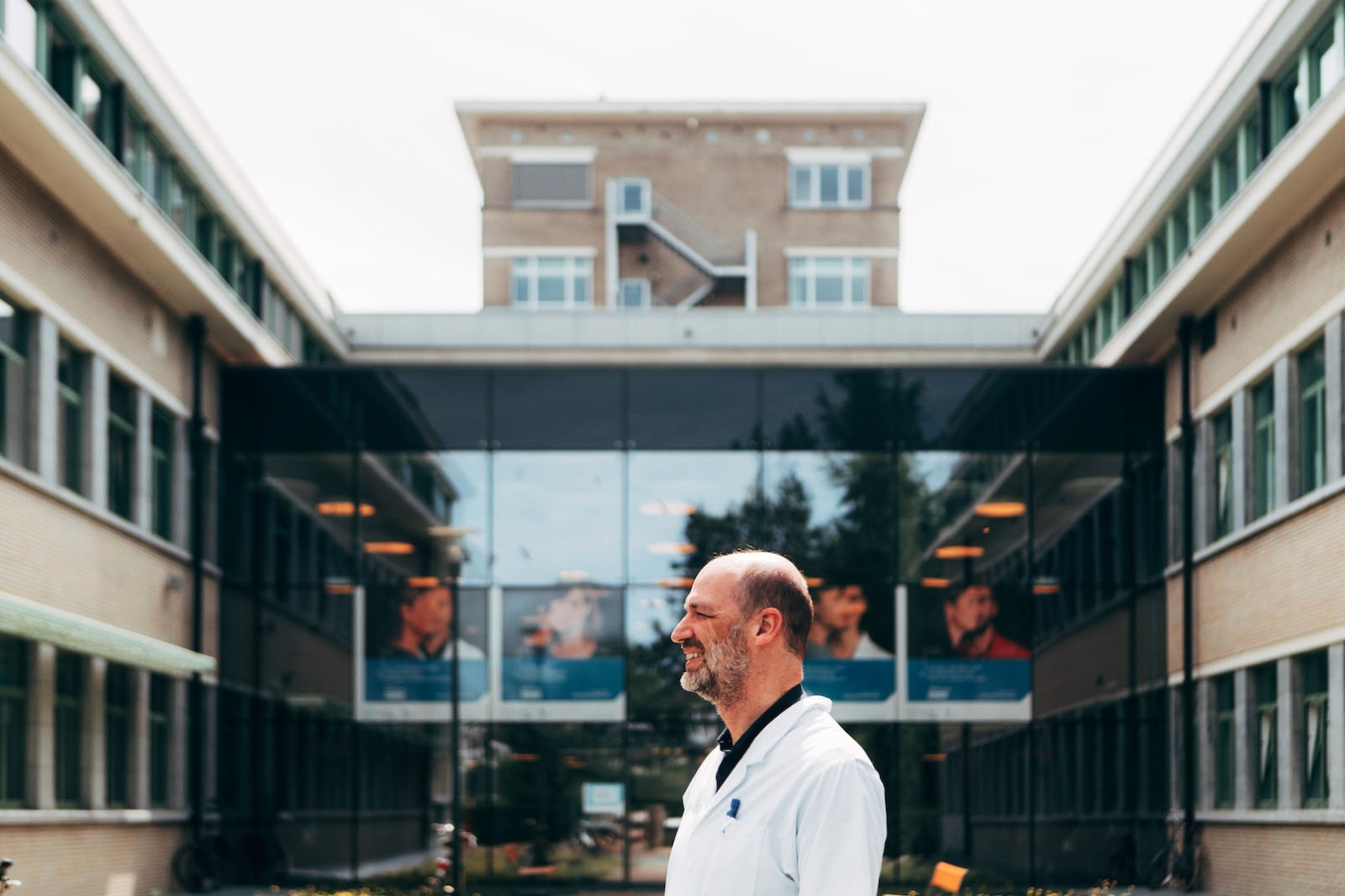 Is a good treatment for allergies already available?

“Most people can manage fine with their allergy thanks to medication. People who sneeze or suffer from a runny nose usually benefit from a daily tablet or nose spray containing antihistamines. These are safe and fast-working. The longer you take them, the more effective they are. If you are bothered by a blocked up nose, it is better to use a nasal corticoid spray. This is very safe, since the cortisone is very specifically targeted. It takes a little longer to have an effect. Therefore it is best to use the spray even before the symptoms begin, for example, before the start of the pollen season.

Sometimes a combination of the two treatments can be necessary to suppress the symptoms. The antihistamine tablets can make you drowsy, however, they are harmless and can even be taken throughout your life. This treatment works well for many people. But unfortunately not for everyone.”

What if this medication has no effect?

“Many people simply apply the medication incorrectly. According to a study conducted by one of my doctoral students, it appears that more than half of the patients use the cortisone spray incorrectly. Also, you need to keep doing it: the spray only works over a longer period.

If you follow the correct procedures and still have complaints, then as a patient in Belgium, you have a problem. After all, a good treatment is already available: immunotherapy. For many people this therapy is the only relief. But it is very expensive and we are pretty much the only country in the western world where it is not reimbursed by the government. Every month it will cost you around 70 to 90 euros, so it soon mounts up. Reimbursement is only allowed under very strict terms, for patients with uninterrupted dust mite asthma and allergic rhinitis.”

So how about the treatment with biologicals?

“We are currently doing all kinds of research with new biologicals. Per season, people with hay fever would only require one injection, while those with more complex allergies would need a few more. In any case, we expect that such treatment will be available in Belgium within the next ten years. That sounds like a long time, but is still very relevant to the active population. For example, people who are now in their thirties would still be able to benefit from this treatment for a long time.” 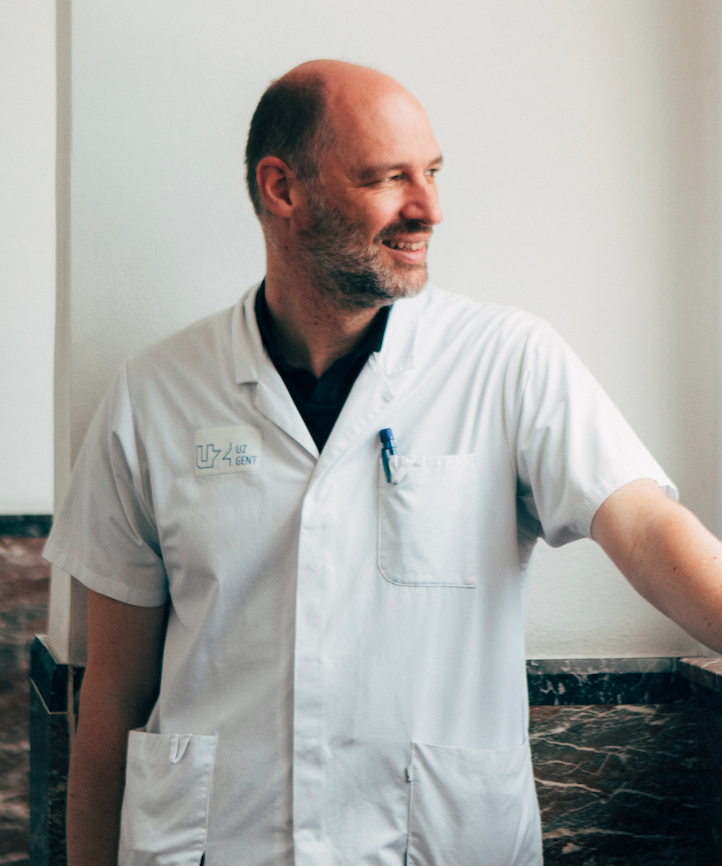 Philippe Gevaert is a senior full professor, clinical head of the Ear, Nose and Throat department at Ghent University Hospital, and scientific coordinator of the allergy network at Ghent University Hospital. His work focuses mainly on new treatments in chronic sinusitis and allergic rhinitis. 25 years ago he caught the bug from professor Paul Van Cauwenberge (Ear, Nose and Throat doctor, former dean and rector at Ghent University). During his lessons, he talked about his research with such enthusiasm. Now, in his own lessons, Philippe tries to make medical students just as enthusiastic to become a doctor-researcher.

Finger pricking and patches will be obsolete for people with diabetes

Alumna Danaë Delbeke is developing a solution that can improve the lives of millions of people with diabetes. The entrepreneur raised 38 million euro last year with the UGent spin-off Indigo Diabetes. The goal: to put a workable product on the market by 2024.

Weak, headache, thirsty? How do you prevent sunstroke?

“Stay out of the sun, avoid physical activity during the hottest time of day and have plenty to drink: with these three guidelines you will easily survive a hot sunny day and avoid sunstroke – or even worse: heatstroke”, says An De Sutter, head of general medicine (Faculty of Medicine and Health Sciences).

4 tips for a summer without the sweaty smelliness

Sweating without the annoying smell? In fact, it’s possible! Much is to do with the bacteria living under the armpit. Chris ‘Doctor Armpit’ Callewaert explains.