Steven Van Gucht: “Sometimes we humans are too pretentious”

He has played an incredibly important role in fighting the corona pandemic and makes regular appearances in the media. And on top of that, Steven Van Gucht can now claim the title of the very first ‘Ghent University alumnus of the year’. Our meeting is held among the skeletons in the Morphology museum in his old faculty.

Ghent University alumnus of the year? Congratulations! How do you feel about that?

Steven Van Gucht: “It’s really touching, as I still feel at home at Ghent University. I was involved here for a total of eleven years. Six years for my veterinary medicine studies to start with, and then five years for my doctorate. I have so many memories here. I made many friends, met my first love and our son was born here during the final year of my doctorate. So I am genuinely delighted.”

“My life changed in an instant. I still remember the exact day. On 26 January 2020, I suddenly received a call from the chairman of the Federal Public Service for Health, Tom Auwers. ‘Drop everything you’re doing, we need you! From now on I want you to focus only on corona’, he said. I was immediately instructed to set up an advisory committee. The former minister of Public Health, Maggie De Block, required immediate advice on repatriating Belgians from Wuhan in China. How should they be transported? How should they be tested? Who should carry out those tests? Where should they stay? These questions needed answers, and fast.”

At that moment the virus was wreaking havoc in China. Did you follow it closely right from day one?

“I certainly did. On New Year’s eve (2019, note from the editor) I was at Center Parcs, preparing to celebrate with my family. I took a brief look at my mails and saw a message about a number of severe lung infections in Chinese hospitals. The cause was unknown, but it was most probably a virus. I was immediately triggered, but not yet alarmed. I receive such mails about three times a year, and they usually turn out to be nothing.”

However, this one was different. Suddenly things had to move quickly, without leaving much time for scientific analyses. How do you reflect on this period?

“At that moment you are not only a scientist, but above all a crisis manager. The speed at which things needed to happen is not possible in pure science. That’s a matter of analysing, verifying and establishing hypotheses. But there was no time for that. The only thing you can do as a scientist is to use the knowledge you have acquired in order to make recommendations. Yet there is not always a scientific basis, so you need to rely on your experience. The analysis comes later.” 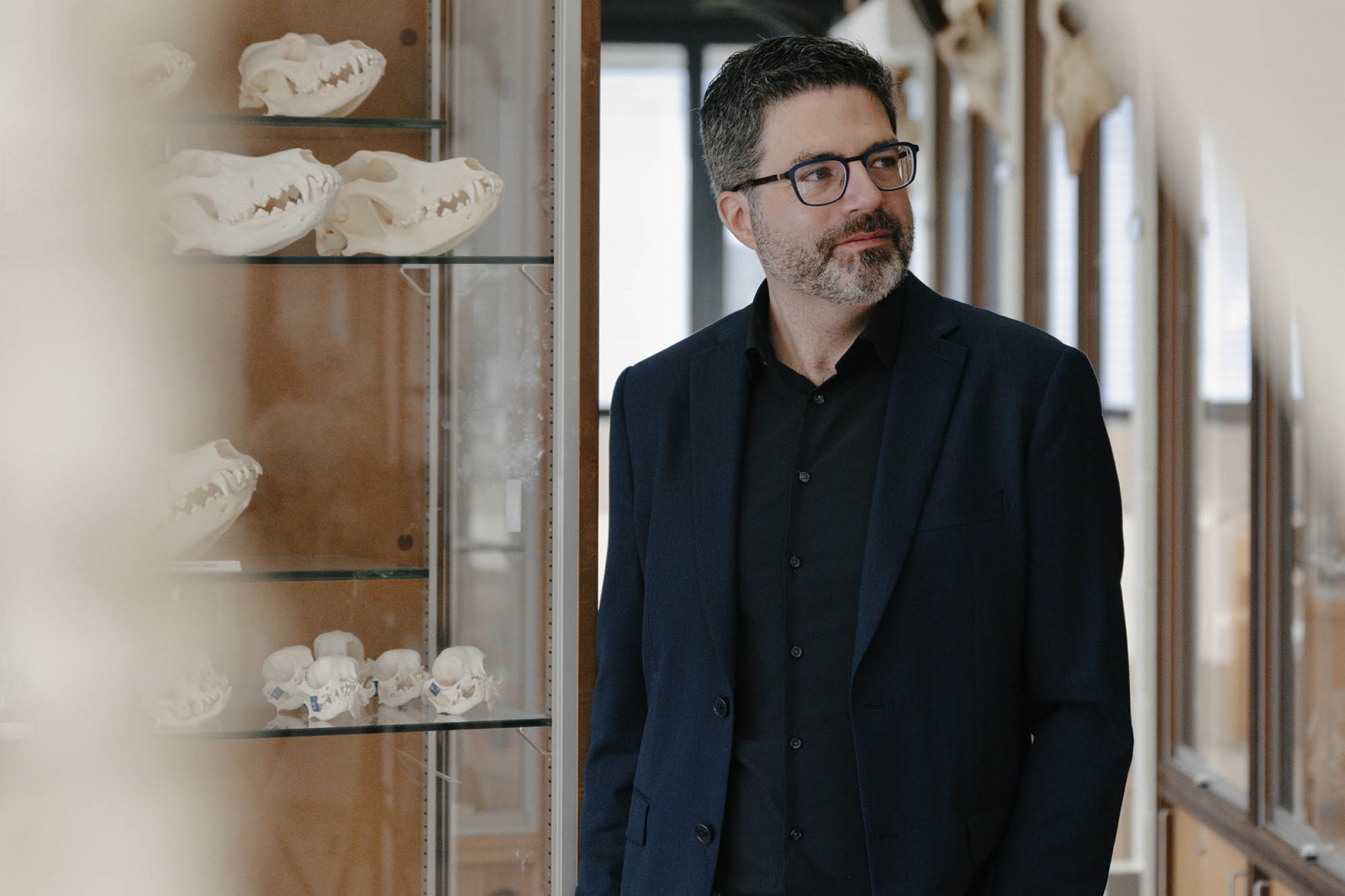 Steven Van Gucht: “I am quite kind to politicians. I struggle more with scientists and medical practitioners who sometimes talk rubbish. That can make me really angry, they should know better. The utter nonsense that some of them spout puts people’s life in danger.”

That led to much discussion, these last two years, since certain assumptions turned out to be incorrect. That also brought challenges in the political relationship. Did that bother you?

“Such friction is actually quite normal. Politics would disappear if science was simply followed blindly. It is logical that tension exists and I also believe it’s important. The same applies in a group of scientists, and this gives you insights and evolutions. It’s a good thing, provided it is healthy tension and you listen to each other in order to reach a conclusion.”

Yet sometimes, such consensus seems hard to find. Doesn’t that make your job really difficult?

“I am quite kind to politicians. I struggle more with scientists and medical practitioners who sometimes talk rubbish. That can make me really angry, they should know better. The utter nonsense that some of them spout puts people’s life in danger.”

It clearly upsets you.

“I don’t mind being criticised, but you must be reasonable. For example, there are also critics who come later and shout that we should have done meta-analyses and carried out better investigations of certain aspects. That’s easy to say afterwards, but at that moment you simply don’t have the time and the studies are not available.”

The corona crisis is one in which scientists really came to the forefront. Even joined in at the helm. Is that a good thing?

“Yes, I think so. Imagine for a moment that it was not the case and that the crisis was managed by the politicians alone. Mistakes were naturally made. Sometimes we slackened the rules too quickly and the rules weren’t strict enough, but as a whole we didn’t do so badly. Our vaccination rate is a success, our test capacity was quickly up to speed and our efforts with mouth masks and ventilation were faster than say in the Netherlands. The approach was pretty much ‘science driven’, with a few ups and downs. And for a virologist it is a very exciting and unique experience. Never before have we been able to witness a pandemic in such close proximity.”

You are trained as a vet. A vet who helps in tackling a health crisis, isn’t that strange?

“It does sound rather unusual, but it’s easily explained. My doctorate covered the respiratory corona virus in pigs. My view of humans is different to that of a medical expert. In veterinary medicine you learn that humans are a part of something much greater. Here we are in the Morphology museum, where the ceiling and floor are filled with skeletons of all kinds of animals. In the corner there is also a human skeleton, simply standing between the animals. You can compare the build of a human with that of a pelican, a whale or even an elephant. Sometimes we humans are too pretentious. We see ourselves as ‘the king of creation’. That’s not how I see it. Each animal and being is at the peak of its own evolution.” 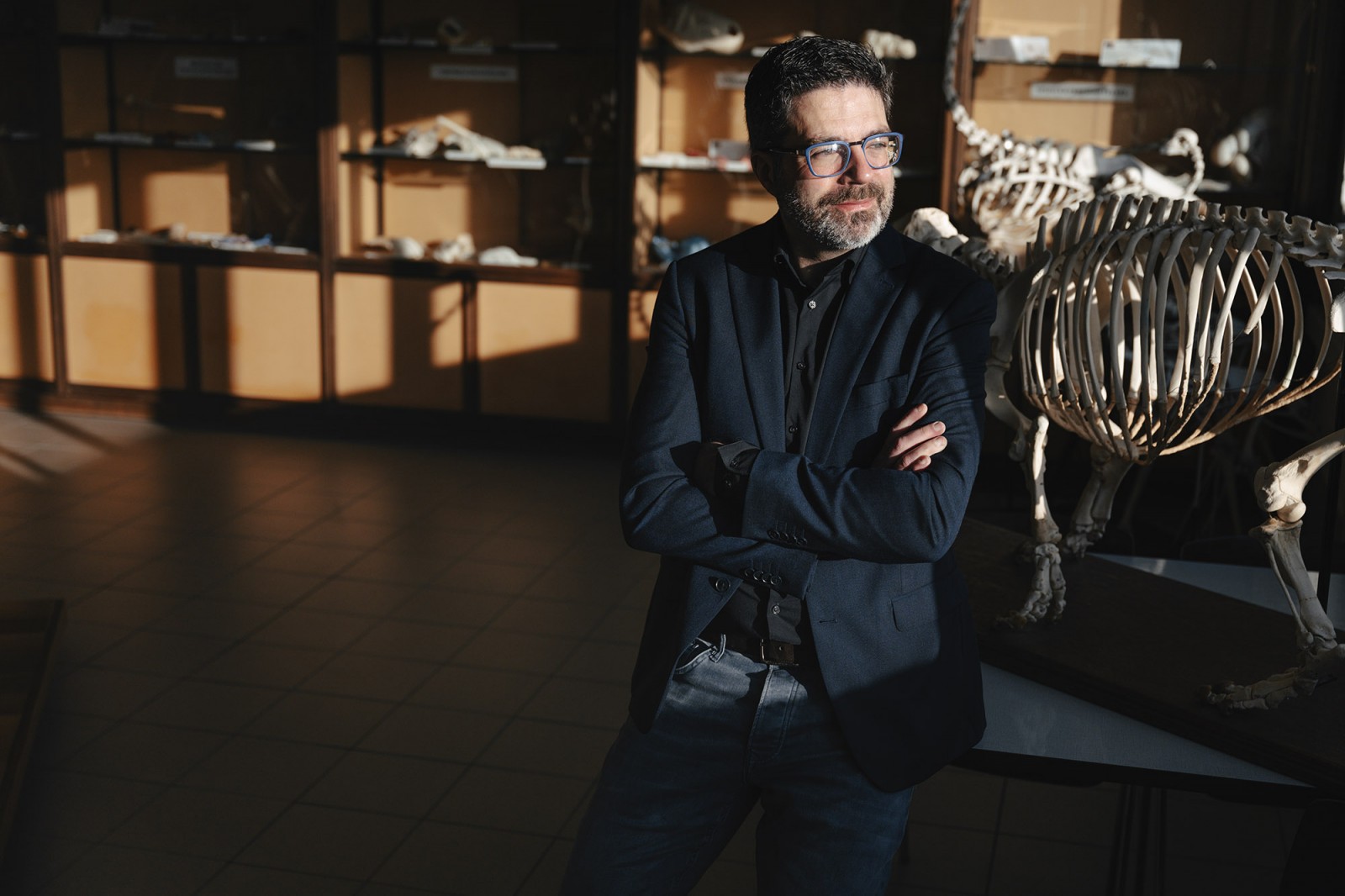 Steven Van Gucht: "Sometimes we humans are too pretentious. We see ourselves as ‘the king of creation’. That’s not how I see it. Each animal and being is at the peak of its own evolution.”

You were keen to meet in the Morphology museum in the faculty of Veterinary Medicine. Why here?

“Not only is it a wonderful and unique museum, I also have a personal connection with the place. When the campus was brand new, all skeletons had to be moved from Ghent to Merelbeke. As a student, I signed up for a job to come and help. Together with some other students we moved the giraffe, and it’s still standing here. It was an incredible challenge to get the mighty animal here safely, past the stairwell and through all the narrow doors. You never forget something like that. I also enjoyed studying here during my lunch break, and even held the reception to celebrate my doctorate here. It’s a special spot to me.”

You still have close connections with Ghent University. Is that link important to you as an alumnus?

“I am still in touch with various people. For example, I sometimes call or text professor Hans Nauwynck, as head of the virology lab here on campus. In my opinion he is one of the most innovative virologists in the country and he knows a huge amount about viral disease processes and corona viruses. His insights are very interesting. And I enjoy regularly popping by.” 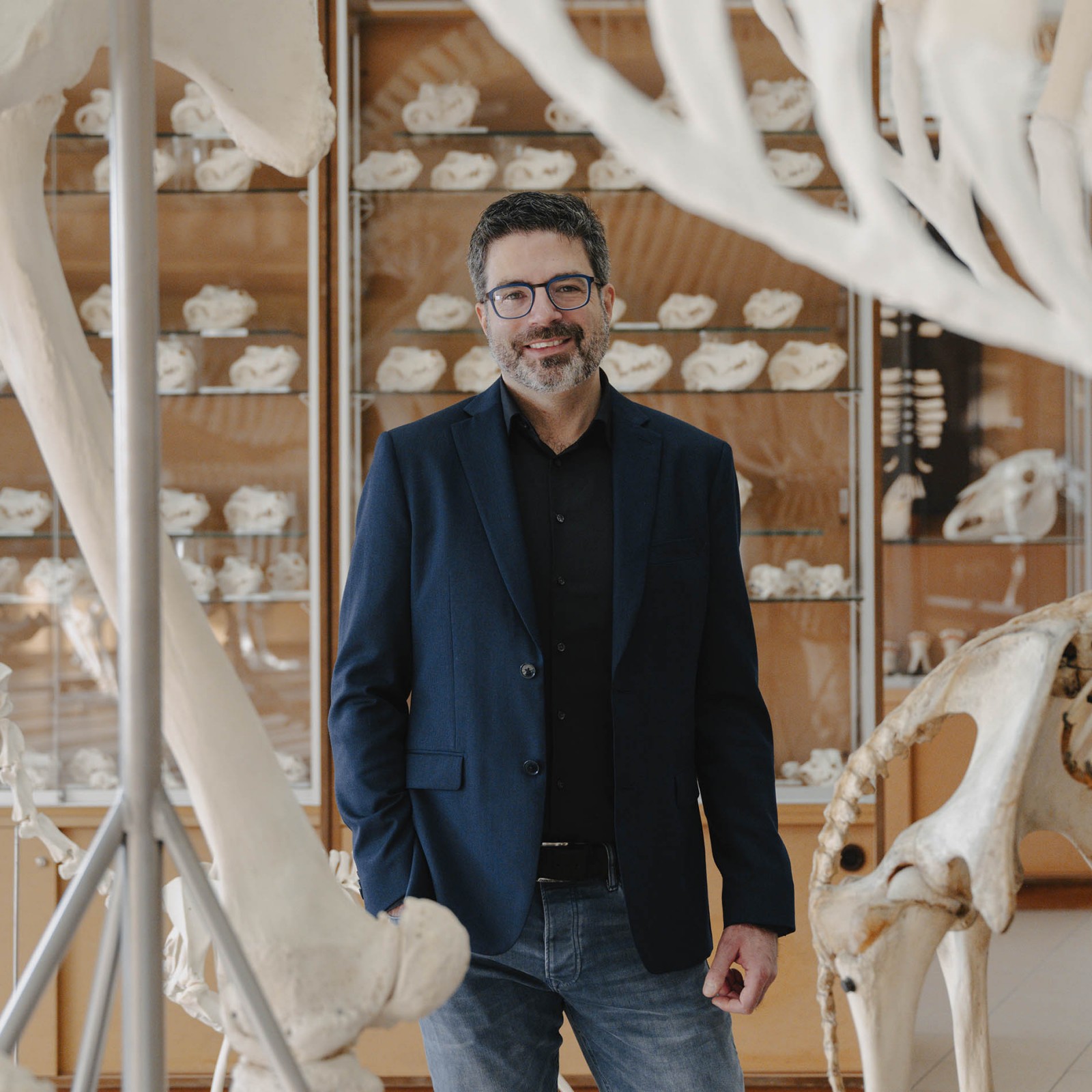 Steven Van Gucht studied veterinary medicine at Ghent University and completed his doctorate in 2005. He is a virologist and head of the laboratory at Sciensano. His most memorable moment at Ghent University is when he dissected a grasshopper, worm, mussel and rat, as a first-year student at Ledeganckstraat.

Ghent University alumnus of the year

“Our alumni are our most important ambassadors”, says rector Rik Van de Walle. We are keen to put one of them in the spotlight each year, and demonstrate our pride. It’s the alumni themselves who choose the person in question: they nominate the candidates. For this first edition too. We received hundreds of names of old students who inspire others with something remarkable, an exceptional career or a striking contribution in their field of expertise. From this selection the jury chose Steven Van Gucht as winner, due to his social impact, clear communication style founded on solid scientific knowledge and a clear lack of polarising behaviour in this challenging period. A wonderful first in what will undoubtedly be a long series of amazing laureates.

More info about the celebration and alumni activities on infinitum.ugent.be