Soft drink machine 2.0: no cans, healthy and conceived by students

Might soft drinks’ machines with no cans soon become the norm? That’s certainly what a few student entrepreneurs are planning. They’ve developed an ecological and healthy drinks machine where you can fill your reusable-drinking bottle with soft drinks. One of the creators is Colin Deblonde, a young entrepreneur who studies applied economics at Ghent University.

Imagine … it is a hot summer’s day and you are thirsty when you arrive at the station. You decide to go to a drinks machine to buy a soft drink. As you search for money in your backpack, you see your reusable bottle!! This is exactly what happened to Colin Deblonde and his fellow student Lucas Moreau.

“An aha experience,” Colin calls it. “Isn’t it crazy that there isn’t yet a drink machine where you can fill your drinking bottle with a soft drink? We immediately started brainstorming the idea.” And so Dripl was born. Colin and Lucas became student entrepreneurs and designed a drinks machine that is not only ecological, but also healthy.

A short while later, Colin started his transition year in applied economics at Ghent University and immediately contacted DO! — our “Dare to Venture” center for student entrepreneurship at Ghent University. “We received guidance from the start. In that way we immediately knew the next steps we needed to take to get our company off the ground,” Colin explains.

Colin is by no means the only student dreaming of establishing a company. Last year was a great year for DO! — never before have so many students taken their first steps towards entrepreneurship. There were, dor example, in the past academic year almost thirty percent more active student entrepreneurs than the year before.

For Colin and his team at Dripl — meanwhile expanded to include students Lukas Marivoet and Mathijs Vanacker — everything really gained momentum with their participation in “Expedition DO!” This is an intensive coaching program for enterprising students and researchers at Ghent University. The process is part of the Dare To Venture (Durf Ondernemen) program offered at DO! and ends with a competition. “I had seen what an incredible level had already been achieved there the year before and I immediately knew: I want to be involved in that.” 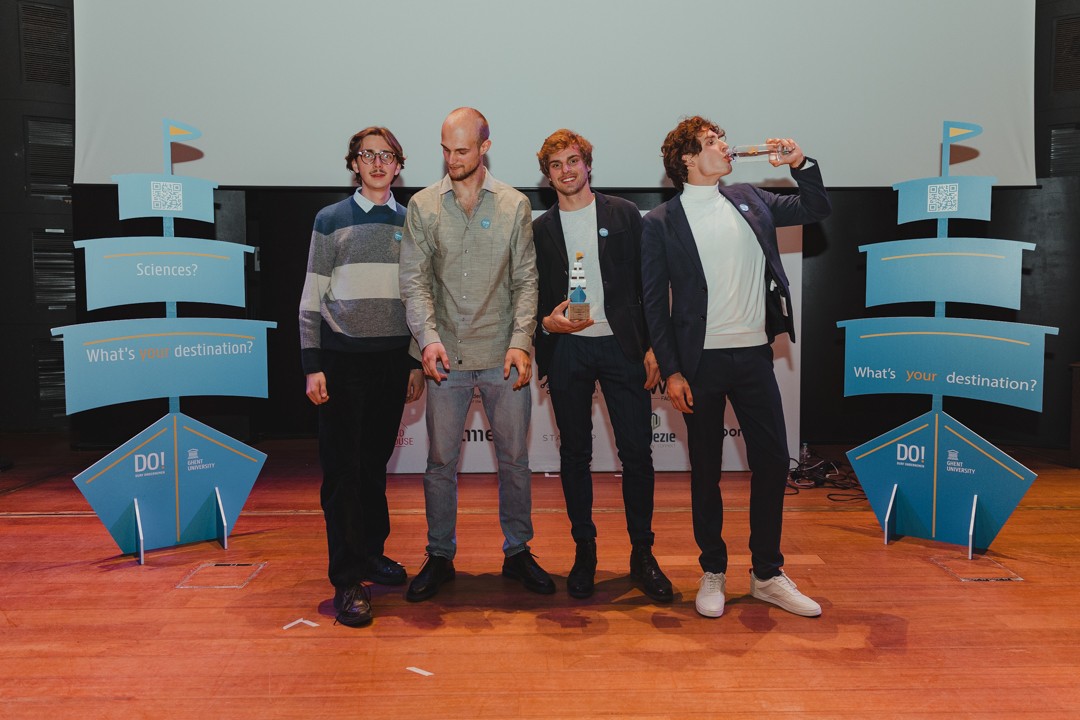 “The first few months are quite intensive. First of all there are sessions about financing options, marketing, how to negotiate, how to pitch ideas… and so on.” With that knowledge, the participants then have to get started in the months that follow. “We still had the guidance of a mentor, but from then it was clear that our focus should be on the company itself.”

Colin confirms that the feedback from the coaches is very useful. “When you are working on a project, you are completely in your own world. Sometimes you need someone to pull you out of there and refocus your focus!” says the 22-year-old student.

“You really have no idea of what is involved. With the coaching available at “Expedition DO!”, you are given direction and then know what you have to think about. This is why we are now so far.”

What are Colin’s ambitions with Dripl? “We want to have machines in 20 locations by the end of this year. We already have 5, with verbal agreements in place for 10 more. We want to increase this tenfold by the end of 2021 and by 2025 we hope to be active all over Europe,” he says enthusiastically. “We know this is ambitious, but we are going for it. The dream is to reduce the waste mountain in Europe a little bit, and reduce the transport involved — and be able to provide a healthier alternative to soft drinks.”

And the contacts they have made through “Expedition DO?” “We’ll be taking them with us. This is one of the many great advantages of the program: you have access to a multitude of interesting contacts, which you can simply take with you afterwards, just like your knowledge”, Colin concludes. “I can only advise students who want to be an entrepreneur to participate. We at Dripl were just a small shoot, it was the coaches at DO! that were the potting soil. They made us grow. Nice isn’t it? (laughs) I'm even going to write that down!” 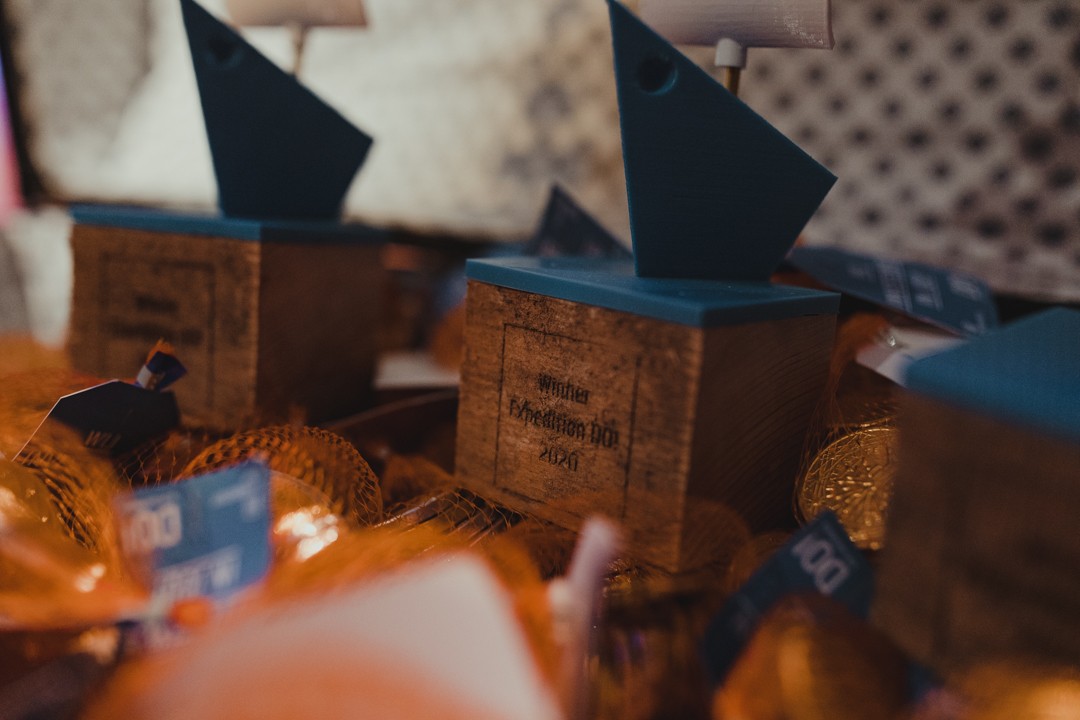 Established for 10 years already, DO! stands for Durf Ondernemen (“Dare to Venture”) and is the center for student entrepreneurship at Ghent University. Every year “Expedition DO!” is organized: this is an intensive seven-month coaching program for students and researchers who want to be an entrepreneur. At the end of the seven months, three winners and one audience winner are selected. This year, “Dripl” took the top prize.

If you are a student or researcher at Ghent University and want to participate with your company in the next edition of “Expedition DO!”. Register for the next edition and win 5000 euro starting capital.

Sim is a medical student, but also builds swimming pools

On Monday 10 May Ghent University student Sim Vanlangenhove was elected Gentrepreneur Student Entrepreneur of the Year. As winner, he represents all enterprising students in Ghent and far beyond for one year.