Are the Belgian rowers set for medal success at the Olympics? These Ghent University professors think so

Professors Jan Boone and Jan Bourgois are helping prepare Belgian rowers Tim Brys and Niels Van Zandweghe for the Olympic games in Tokyo. But what exactly are they doing, and what can we learn from research into elite sports? Also: why do the rowers wear Happy Sock-branded socks, and why is one allowed to eat sandwiches while the other isn’t?

This July, two Belgian rowers, Tim Brys and Niels Van Zandweghe, will be heading off to Tokyo, and two Ghent University professors have been in charge of the rowers’ training since last year. The two professors – Jan Boone (on the right in the photo) and Jan Bourgois – both work at the Ghent University campus Dunant, where they sometimes go running or swimming with their colleagues from the department of Movement and Sports Sciences. Exercising helps them keep a cool head, as with the Olympic games coming up, their diaries are even busier than normal. They manage the rowing team which also includes a coach, a physio, a psychologist, a sports medicine doctor and sports dietician, while the professors’ work focuses on their particular expertise: drawing up training schedules and managing the entire training process.

"The rowers’ training is extremely varied. In addition to a huge amount of rowing (up to 160 kilometres per week), they also go running, cycling and do strength training. So we are not just training their heart and blood vessels, but also their muscles. Moreover, the process should never be boring: cycling helps train both cardiovascular endurance and also the endurance of the thigh muscles which are necessary for rowing.

"Our rowers are training for a discipline (2000m lightweight double, ed.) which really requires maximum effort. Depending on the weather conditions, a race can last between 6’10" and 6'30". It starts off with a real sprint.

After this, they have to cover about 1000 metres – all at peak endurance – finishing up by sprinting as hard as possible for 500 metres. That's why rowers are truly the complete athlete: they have to have a starting sprint like Usain Bolt, the endurance of a 1500-metre runner, and a final sprint like the Borlées (famous family of Belgian sprinters, ed.). This is why their energy systems get pushed to the maximum.

"We build up training until about two weeks before the Olympics. Then we start 'tapering', the phase where the rowers stay in top condition while their fatigue fades away. This is the most difficult phase, because you want to make sure the rowers are in top condition at exactly the right moment." 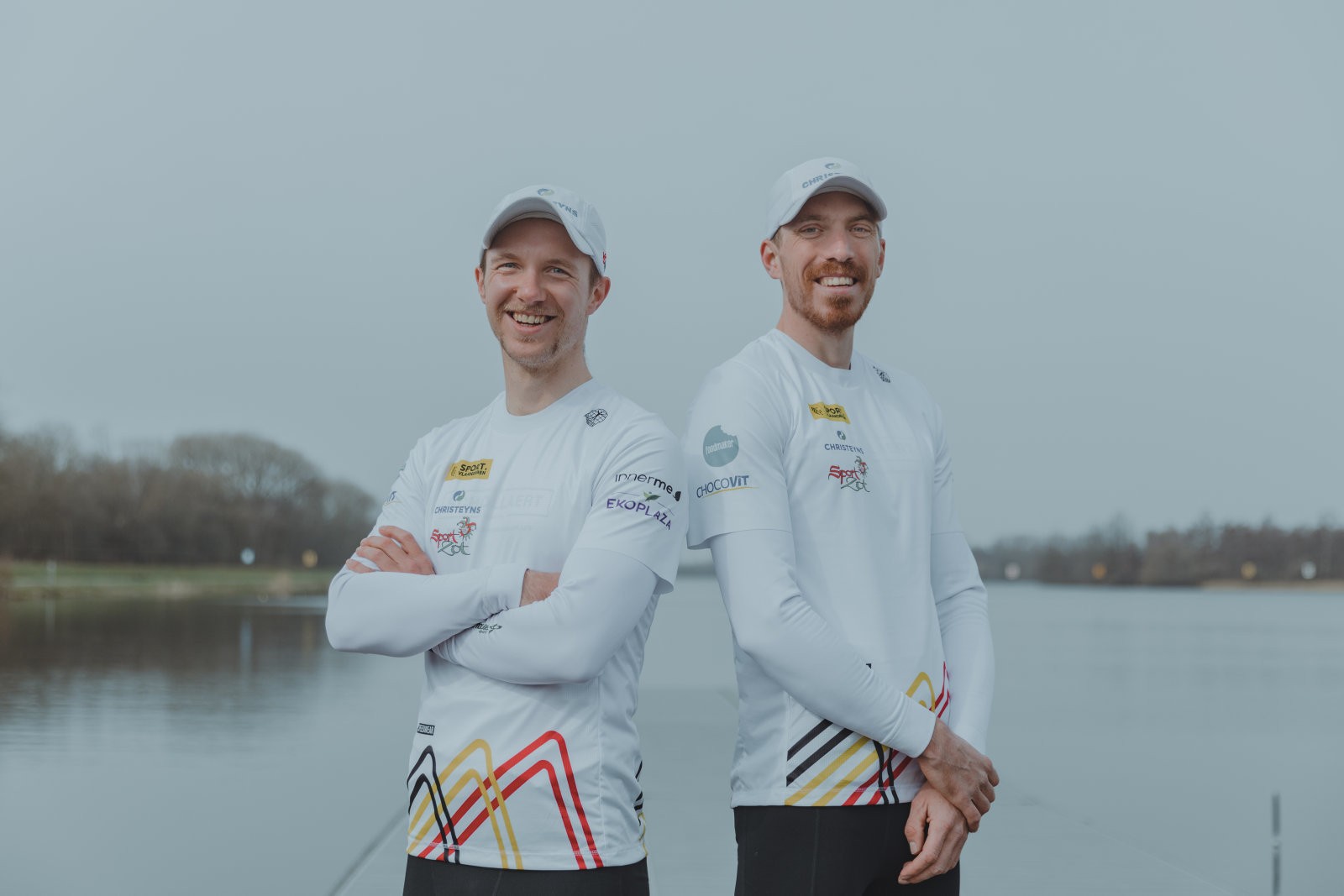 “To compete at an elite level, rowers have to row 6000 kilometres per year. This means that at times, they will be training for 30 hours per week. So to get to the top, you don’t just need talent; you also have to manage a huge amount of training.

“Rowing is – rightly – recognised as one of the hardest sports in the world, along with cross-country skiing and biathlon. You can actually see this from the Container Cup (Flemish TV multi-disciplinary sports competition, ed.): it was won by a rower this year, and last year a rower came fourth. This combination of strength and endurance is essential.”

A sandwich for you but not for me

“Alongside physical training, the mental aspect is also very important. We have a sports psychologist on our team to provide psychological guidance. She is now working with the rowers to develop a winning mentality. After all, however much you focus on the physical, top sport is so much more than that. It's about the athlete as a human being. Sports is not a science; science can help the sport.

"We also work a lot around nutrition. Our rowers have to stay below an average of 70 kg, meaning if one weighs 72.5 kg, the other cannot weigh more than 67.5 kg. It’s a question of working together: sometimes one of them gets to eat a pistolet (Belgian speciality sandwich, ed.) while the other does not. Fortunately, they understand each other well and support each other.

"Sport Vlaanderen (federal Flemish sports agency, ed.) was doing a project about ketones. We have tried this out in consultation with our sports dietician, and our rowers feel good about it. The effect of ketones does sometimes get exaggerated in the media. Ketones are just one small part of the story, we don't know yet if they really make a difference."

It’s no coincidence that Ghent University has such a high level of expertise when it comes to rowing. Jan Bourgois himself rowed at an international level, and in the 1980’s he completed his doctorate on the energy metabolism of rowers. Between 1988 and 2012, Bourgois travelled with the national teams as an exercise physiologist, going to world championships and the Olympic Games, until Jan Boone took over from him.

“In the 1980’s, scientific research into rowing was already being done at Ghent University, by Professor Emeritus Jacques Vrijens. He put rowing research on the map. Back then, even Dutch and German elite rowers came to Ghent University to be tested here. Thanks to the data from that group, we have been able to build up enormous expertise in our department over the last forty years.

“So, it’s much more than testing and coaching; we are also collecting data. This research often leads to academic publications. After the Olympic games, we want to focus even more on research – now the job of managing the rowers is still a bit too time-consuming.”

What we can learn from research into elite sports

The two professors do not only work with rowers, but also cyclists, footballers, long-distance runners and sailors. Their climate chamber is also popular: Olympic athletes use it to get acclimatised to the climate in Tokyo.

“This is exciting research for us: we’re really following the best in the world! In fact, they are kind of genetic mutants, which makes them the ideal ‘guinea pigs’. Their data not only helps us to advance research into elite sports, but this also teaches us a lot about how the human body works. The results help us improve testing methods and training plans, which we can apply in clinical practice. Take, for example, our research on how oxygen is used in the body: we can now apply this for patients with muscular diseases or chronic fatigue syndrome. And our training model for rowers is being used in rehabilitation for breast cancer patients. Unfortunately, research into elite sports is still sometimes regarded as a ‘waste of time’ and ‘waste of money’, which makes it hard to free up funding for it. 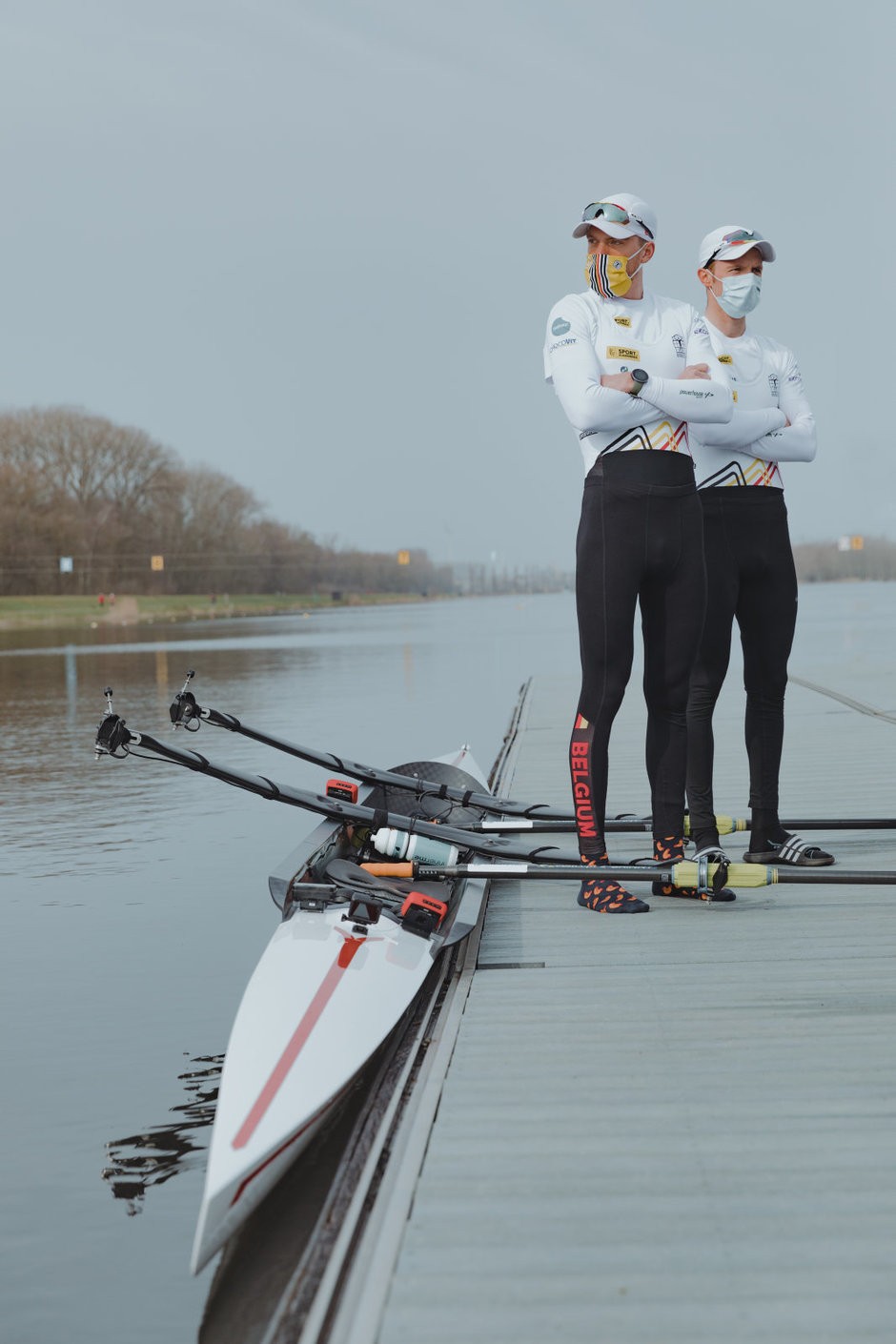 “A lot of the research into top athletes is actually conducted by our doctoral students. What’s great about this is that we can also learn a lot. Thanks to the doctoral students we get ideas for further research and we can apply for more funding. We also use the results from this research in our classes, so it benefits teaching as well.”

“All top athletes have their special ‘thing’. This will often have something to do with food, or they’ll have a specific ritual. Our rowers, for example, always wear a particular brand of socks when they have a race. It’s really funny: even when King Phillipe came to visit they had their ‘Happy Socks’ on.”

And, finally, how is it looking for the Belgian rowers?

“First of all, they have to make it into the final. If they can do that, the time difference will be incredibly small, about three seconds. So many factors come into play: the physical, mental, what the water’s like… you really have to be on top form to get into the final at the Olympics. But we do believe they have a chance of getting a medal.”

“The rowers leave for Tokyo on 7 July, so these are the last weeks to make sure everything is just right. In the final weeks it’s really a question of mindset: you’re going there to win.”

Why is doping not allowed at the Olympics in Tokyo?

The Doping Control Lab at Ghent University is an international authority in the field of doping research. The lab will be sending a delegation to the Olympics in Tokyo this year, just like it did during previous editions. But why is this necessary? Why aren’t athletes free to choose what they do with their own body? DoCoLab’s manager, prof. Peter Van Eenoo, sheds some light on these questions.

Combining high-level sport with studying: it is not easy. But some Ghent University students do it successfully. This year, no less than 8 students from Ghent University are going to the Olympic Games in Tokyo.

How lifesguards spot someone who’s drowning

Wild waving and shouting as their head bobs in and out of the water. Is that how to see that someone is drowning? Well, it is in the movies. Sadly, it’s much harder to spot someone drowning in real life. Why’s that? And what can we do about it?

Combining studies with high-level sport? These Ghent University students do it!

“Training for an average of 20 hours a week and attending classes: it’s often tricky, but it works”. Here we talk to four Ghent University students who are combining top-level sports with their studies. Read how they do it and what the future holds for them.