Studying abroad is always an adventure. The Flemish television program Het grote onbekende follows several Belgian students on their foreign adventure. One of them is biochemistry and biotechnology student Simon Knockaert (pictured at top, third from the right). Almost 9,000 kilometres away from Ghent, he felt more than at home on the Ghent University campus in South Korea.

Why did you choose an exchange to South Korea?

"In the third bachelor, we were given several choices such as teacher training and an exchange to the Ghent University Global Campus in South Korea was also an option. I did not hesitate for a moment because you will never get this opportunity again in your life. South Korea is also a very interesting country for biotechnology. So there was nothing stopping me."

Was it exciting to travel so far for your studies?

"I understand that it sounds frightening to many, but I never felt like I was thousands of miles from home. You can call or video chat with friends and family every day if you wanted. We were also very well surrounded by the South Korean students and staff of the Ghent University Global Campus. There was even someone working full time to take care of us: arranging our bank account and SIM card, organising activities,..." 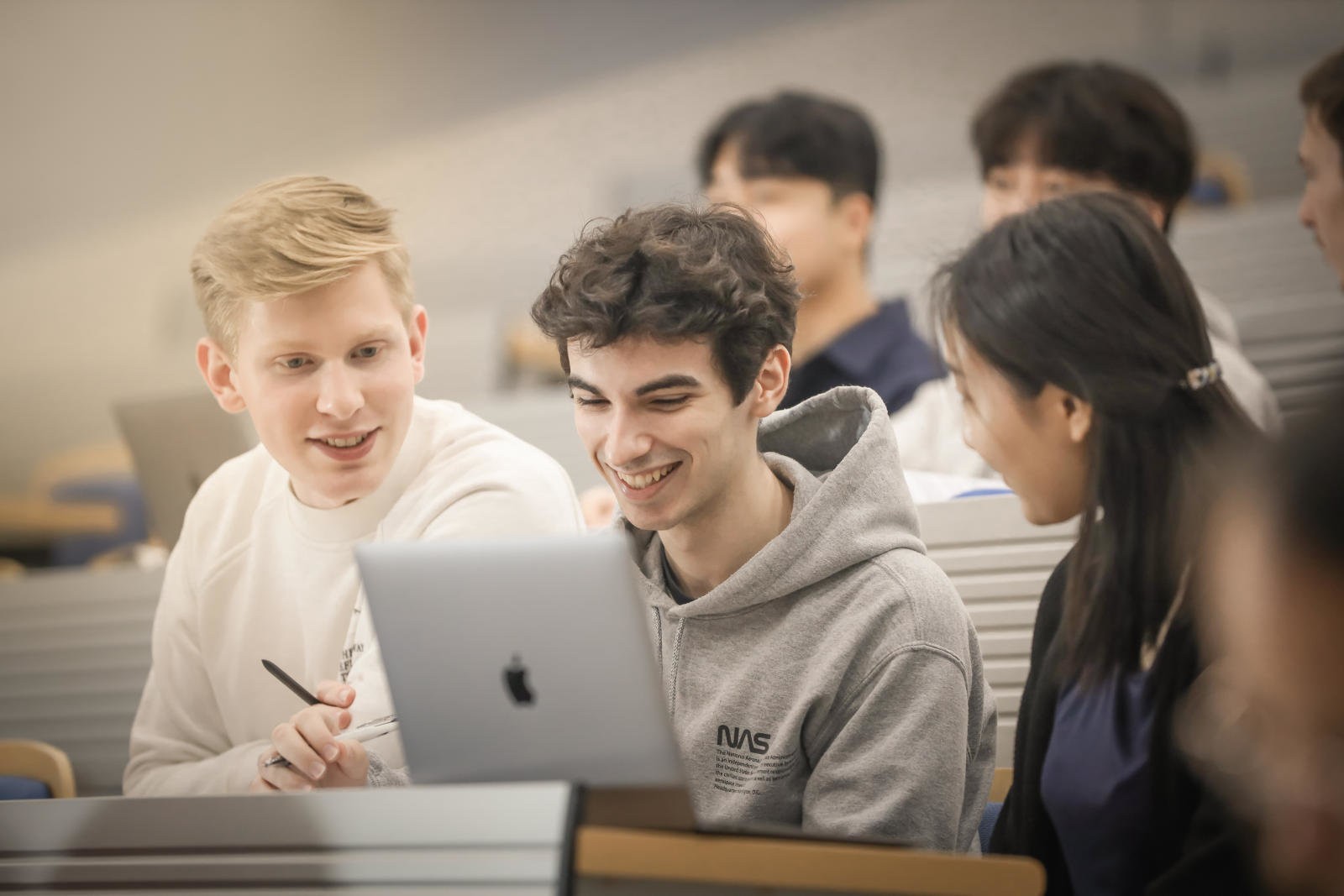 "There are also other exchange students and several professors from Ghent to whom you can ask questions in Dutch if you don't understand something. And there are big pictures of Ghent hanging in the corridors. So we were never really far away." (laughs)

What are the biggest differences about studying in South Korea?

"The class schedule is completely different. The subjects at Ghent University Global Campus are taught in clusters. You get one subject for four weeks immediately followed by an exam. Then you get another subject for four weeks. I had to adjust because studying is much more intense that way. You have to start right away from week one and keep track of everything. The advantage over another Erasmus is that the subjects are completely in line with the study program in Ghent. So we didn't fall behind in learning at all."

"Another difference is that the professors in South Korea are much more involved because the groups of students there are smaller. I finished my bachelor thesis in South Korea and for that I was able to directly participate in the research of my supervising professor."

Are South Korean students different from the average student in Ghent?

"I think they strive for good results more than us. In Ghent, you often hear "a ten is enough", but no one ever said that there. One student I worked with on my bachelor's thesis wanted to get at least 18/20 to be able to continue studying in London later. That gave me some extra pressure to perform well." (laughs)

"Because of the high ambitions, South Korean students also study a lot more. There are even places where you can study in groups day and night, such as the library at the Global Campus, which is open 24/7. But you also see a lot of students studying in cafes until late at night." 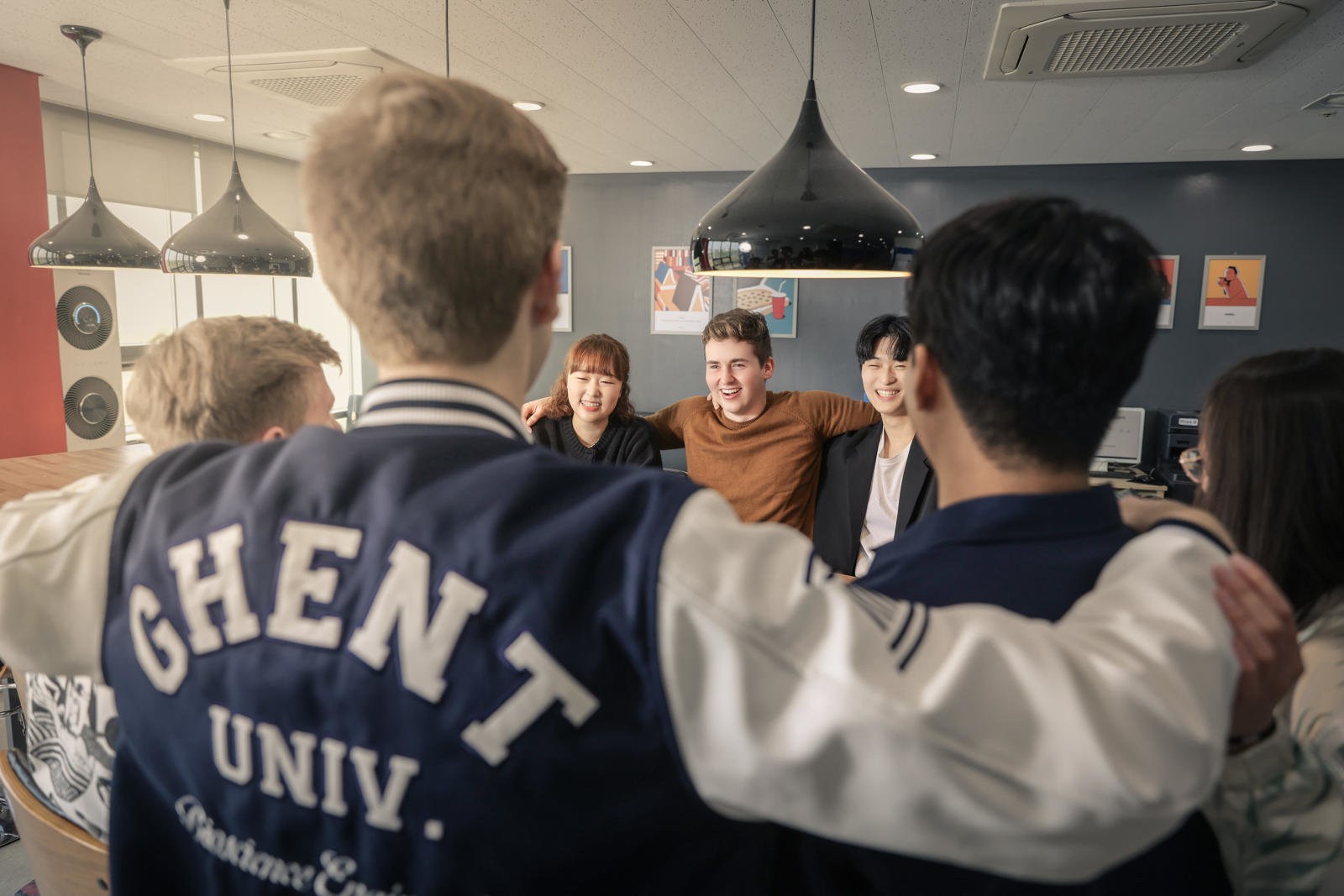 So is there still room for a student life?

"Yes, there is. The South Korean students really made time to do things with us. We often went to Triple Street, an open-air shopping centre near campus with lots of cafes. We also regularly went for group meals at noon. The food in South Korea is great and thankfully cheaper than here. My favourites are tteokbokki, which are rice cakes in a spicy sauce, and gimbap, the Korean version of sushi."

How did the South Korean students feel about you being followed by a reporter and camera crew?

"They didn't quite understand why I was being followed. They thought I was famous. (laughs) Out of embarrassment, at first no one wanted to be in the picture with me in the lab, but eventually everyone was enthusiastic. There are currently some South Korean students studying in Ghent who were there during the filming of the show. We will definitely watch the programme together."

Since 2014, Ghent University runs a South Korean campus, which offers three study programmes with a focus on life sciences and biotechnology. In 2022, there were over 500 actively enrolled students for the first time. GUGC students come to Ghent to study during the first semester of their final year. Additionally, a growing number of bachelor students from Ghent are starting to come to Incheon for an exchange programme. Due to it being a research hub for Ghent University in the region, GUGC functions as a go-between for Ghent University-affiliated researchers, local institutions and private companies, which makes it a place with a lot of potential for students on the lookout for interesting research opportunities during their study programme.

What does a student from South Korea think about Ghent?

Every academic year, a whole group of Ghent University Global Campus students from South Korea come to Ghent to take classes here for a full semester. Eunji Jang (24) is one of them.