“Lots more research is required on the site. I hope that my discovery causes funds to be released for extensive archaeological research on the site.” The site in question is the village of Il’ichevsk in Krasnodar Krai, a border district in the North Caucasus which is actually part of Russia. In his opinion, this specific geographical location is the reason why it took so long to track down the location of Magas. 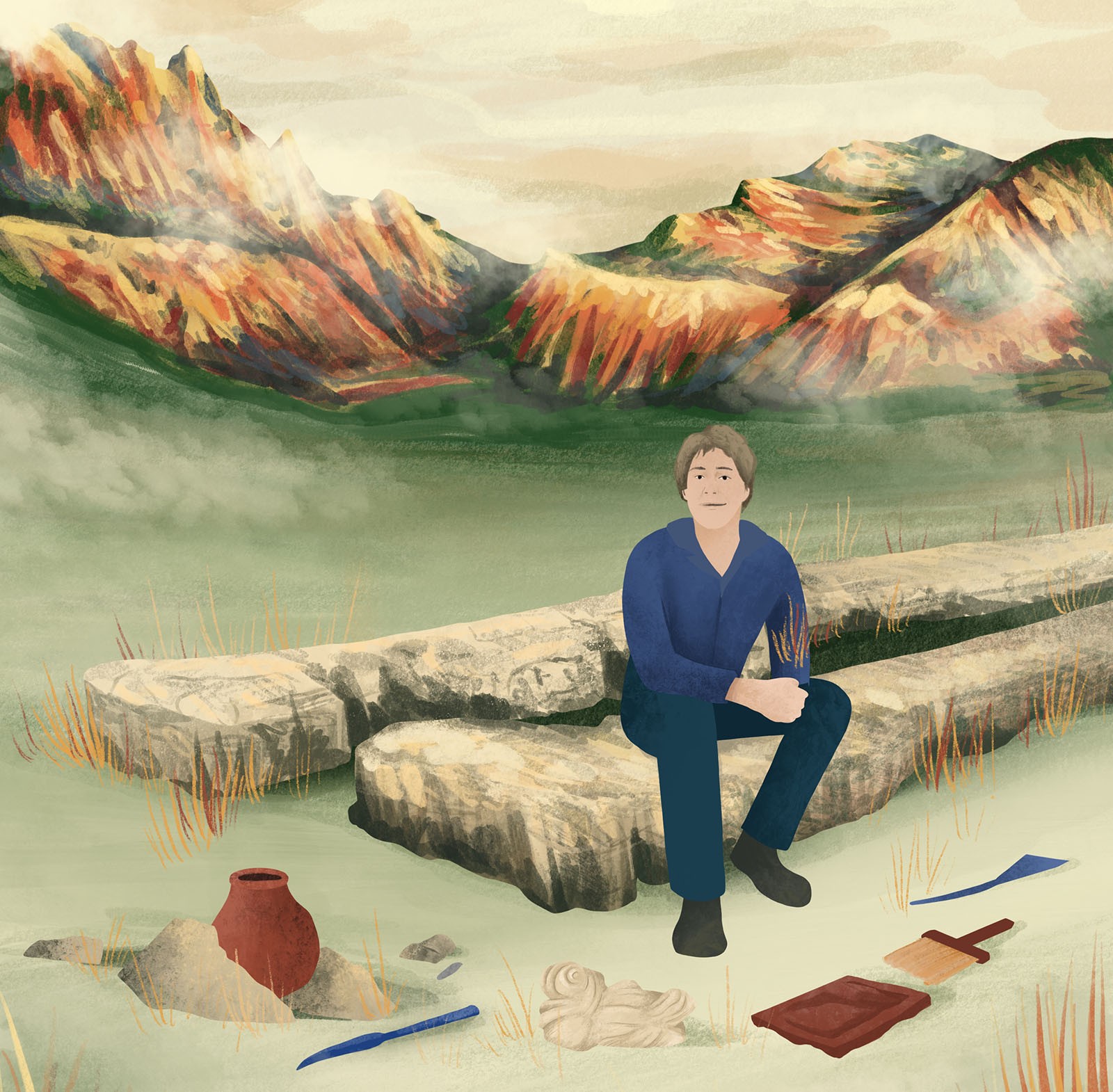 Before going deeper into your discovery, what is the reason for your fascination with the North Caucasus?

“My answer is already in your question. The very fact that the North Caucasus is so unfamiliar to us Westerners is why I wanted to find out more. Initially, my interest lay mainly in the Alans, a nomadic tribe from what is now Kazakhstan, who ended up in the West-Roman Empire. They founded a kingdom in Roman Spain in the 5th century, conquered North Gaul, and much more besides. The more I delved into the Caucasus, the more interested I became in the region. After all, none of our existing conceptual categories or comparisons with other systems were applicable to Alania. My insights have altered my investigation process. I am now much more careful in making comparisons.”

People have been searching for the site of the historic city of Magas for no less than 200 years. What did you do differently in your research that caused the breakthrough and the – presumed – discovery of the city?

“The exact location of Alania and Magas plays a fundamental role in modern politics in the Northern Caucasus, being mainly motivated by nationalism. Northern Caucasus is divided into a number of autonomous Russian regions. Of these, Chechnya is the best known. The quest for historic origins and validation of their nationalism is of great importance. A discovery that demonstrates that your region was once the site of a kingdom, generally reputed to be the most powerful in medieval times, would be a glorious foundation. This explains why archaeologists and historians from the Northern Caucasus generally searched within their own borders. And that’s where my research differs. I believe the city of Magas to lie just beyond the borders of these states, less than two kilometres away, in the Russian state of Krasnodar Krai.

There is another reason why no one went looking in this area, or made the connection despite the tremendous expanse of 600 hectares. The site is largely untouched. It was discovered in the sixties by a local teacher - an amateur archaeologist – after local farmers ploughed into the remains of the walls of a former church. Since then, excavations have been carried out by professional archaeologists, but on a much smaller scale than other sites in the Northern Caucasus.” 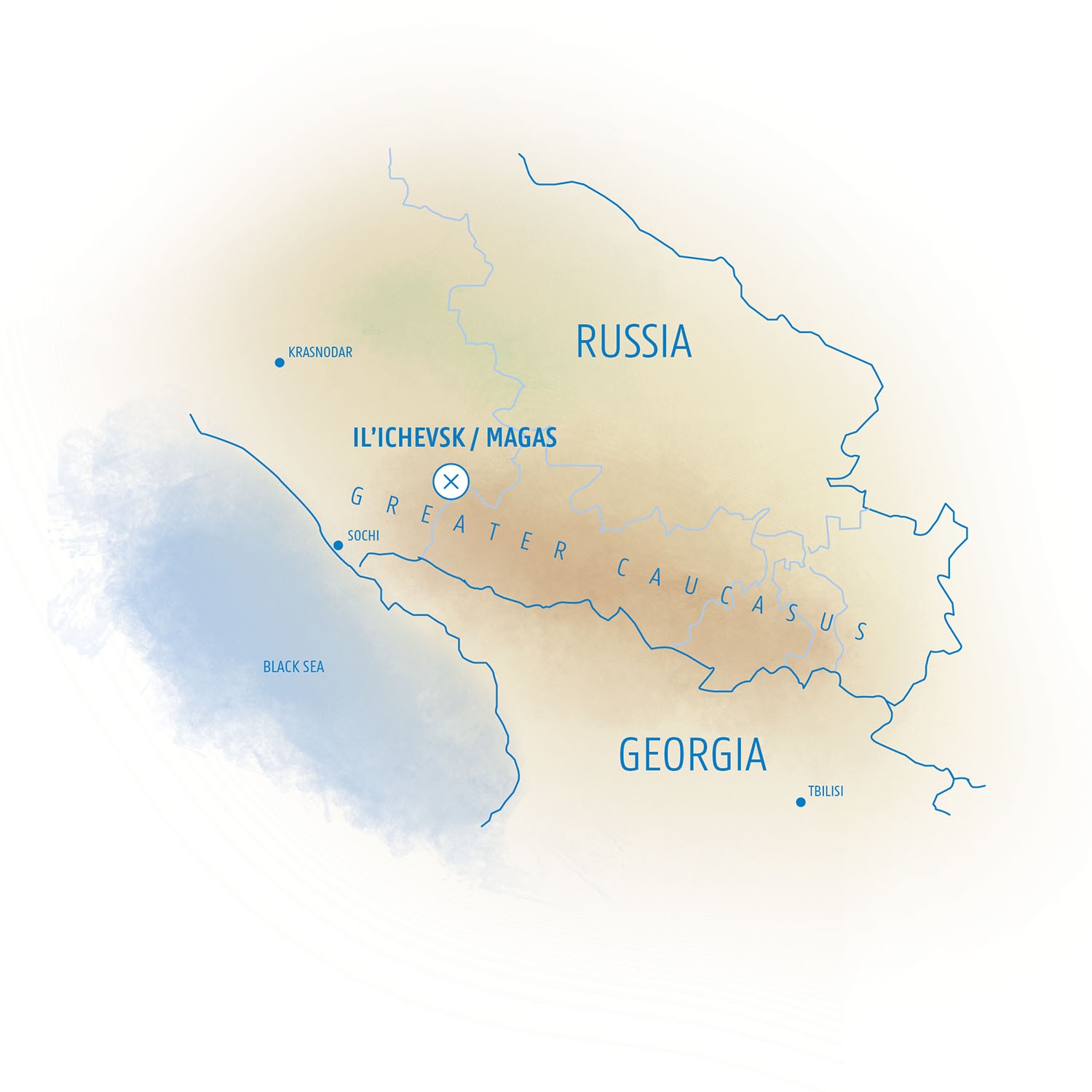 From the 10th to the 13th century the kingdom of Alania was a powerful empire in the Northern Caucasus, and controlled a section of the Silk Roads. Remarkably, the Alans had no governmental authorities of the kind we would recognise, and refrained from written rules. In 1240, the Mongols conquered Magas and the city was razed to the ground.

Why do you believe it to be Magas?

“Three reasons. The few documents describing Magas consistently identified three key elements in the city: first, that it was an important political centre. An Arab source dating back to 943 literally confirms Magas to be the capital of the Alan kings. Secondly, that the city had well-developed lines of defence and lay in a heavily-forested region. Finally, that Magas was badly damaged during a Mongol raid in 1239-1240. The site around Il'ichevsk satisfies all these criteria. More excavations will be required to prove my theory.”

What can we learn about Magas and Alania from such excavations?

“Plenty of things, and certainly when you remember the fact there are so few written sources. First of all, an excavation can confirm whether or not it is really Magas (laughs). An excavation would reveal more about how the rulers of Alania managed to build such a large site and about people’s lifestyle. It would teach us more about their economy and international contacts, about daily life, gender roles, social stratification and the impact of the unique non-governmental political structure.”

Is this research into Maghas part of your doctoral research?

“No, in fact it isn’t. It was rather accidental. I referred to the subject in my doctorate, but came to a completely different conclusion at the time (laughs). I was reading about the history of Christianity in the Northern Caucasus for my book about the political structure of Alania – part of my postdoctorate. The region around Il'ichevsk is known for the many Byzantine early-Christian churches. An annotation in a footnote mentioned that one of these churches apparently contained a royal tomb. However, it also mentioned the fact this was unlikely, since this did not suit their theoretical model. That set me thinking. What if it really was a royal tomb and this really was the royal capital of Alania? I then began searching for other signs. I immersed myself in the written sources available and in literature about the excavations on the site in Il'ichevsk over the past 60 years.”

What is the historical importance of your discovery, in your opinion?

“The Northern Caucasus is generally brushed off by us Westerners as a border region between regions of more historical importance, such as Turkey, Iran, Russia,… I imagine that the excavation of this site and the recent discovery of another site that is almost as large near Il’ichevsk will demonstrate that the Northern Caucasus was a heavily populated historical region of political importance, ignored by historians because everything related to Magas and Alania did not fit our epistemological picture of the past. I therefore wish to focus people’s attention on places like Magas, and thus alter our vision of large global processes and to see things from the perspective of these regions. For example, the Second World War. If you consider this from the angle of those in the Northern Caucasus, the picture is entirely different. We Westerners view the Second World War as a conflict between ideologies. Although in the Northern Caucasus it seemed like a battle for strategic resources, and a continuation of much older colonial struggles. A shift in perspective helps to see things completely different.”