Increasing numbers of people are being diagnosed with Parkinson’s disease, a neurodegenerative illness causing nerve cells in the brain to slowly die off. Although we tend to consider it an old person’s disease – the chance of getting the disease increases with age – younger people under the age of fifty are also often affected.

There are still so many questions surrounding the disease. For example, when it comes to the cause, there is still no conclusive answer. Scientists are increasingly considering combinations of genetic risk factors and environmental factors, such as food. A discovery that points in this direction is that the microbiome in the intestines of Parkinson patients is different to that of non-patients. Is that where we’ll find the key to answers? Professors Roosmarijn Vandenbroucke and Patrick Santens are busy with their investigations.

There is clearly so much we don’t know about the disease. Why is that?

Professor Patrick Santens: “Parkinson’s is still too often seen as an age-related illness, which means that, even without realising it, people are less bothered by it. However, this is not always the case. Although most people with Parkinson’s experience their first symptoms around the age of sixty, we are seeing an increase in the group of young Parkinson’s patients. For example, I recently saw a patient who is now 45 years old and has already had the disease for 10 years. These are people with a profession and an active life. The impact on them and those around them should not be underestimated. So it is wrong to consider it an old-person’s disease.”

So it’s not simply a matter of the brain becoming old?

Professor Santens: “We suspect that a number of environmental factors, such as food, are important. This shows that we must go further than simply studying the brain if we are to understand the disease. This is a pioneering scientific insight. Until fifteen years ago our studies were almost entirely focused on the brain, and now we are looking much wider.”

"Indications have already been found that the microbiome in the intestines changes years before the Parkinson’s diagnosis. If we can find out how to track this down more quickly with our research it will make me very happy."
Professor Santens 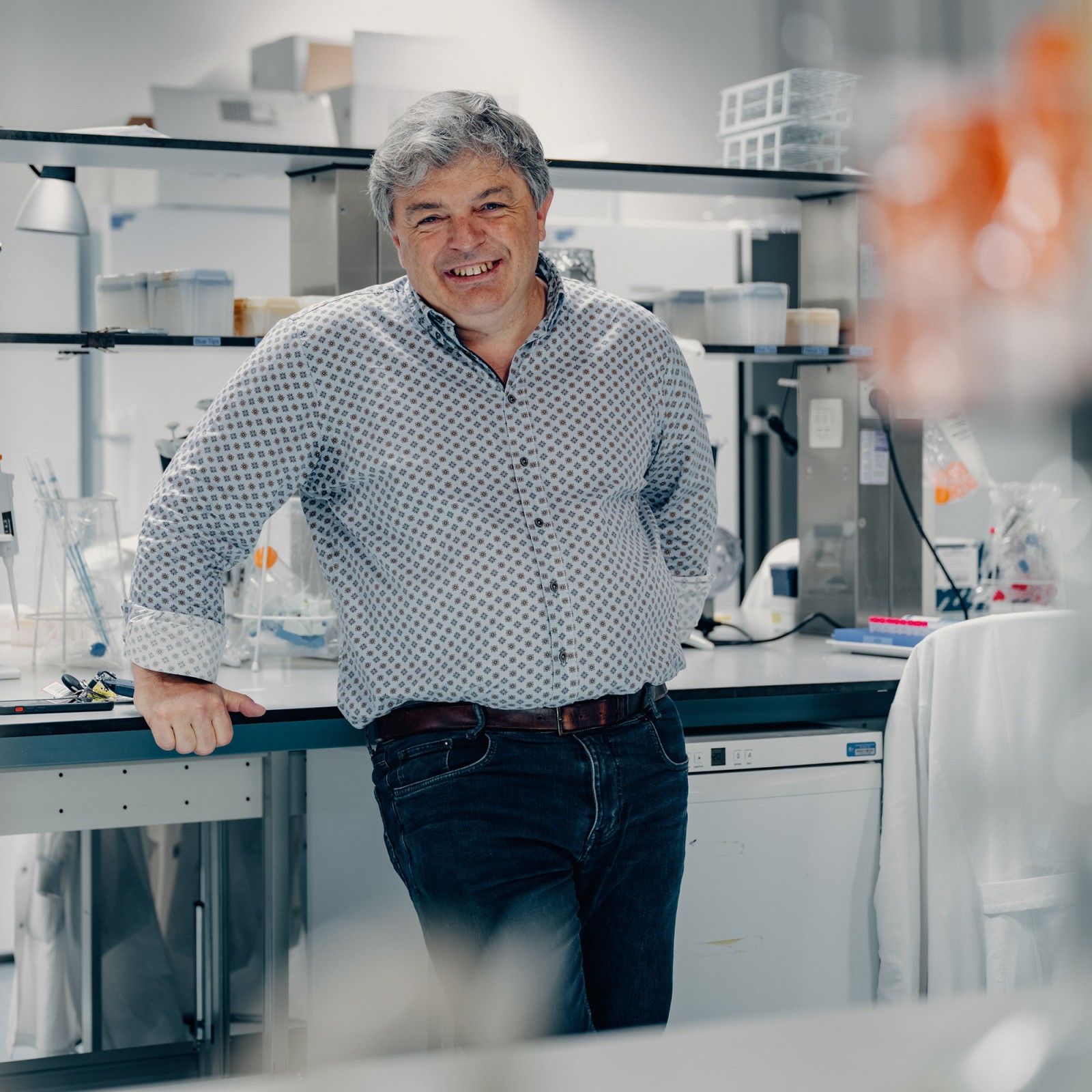 Looking at nutrition, and therefore also at the intestines?

Professor Santens: “There has already been a lot of research that demonstrates a link between the intestines and the brain. The same applies in the case of Parkinson’s. A patient’s microbiome is different to that of a healthy person.”

Professor Roosmarijn Vandenbroucke: “Only we don’t know what makes a microbiome what it is or how it changes. In Parkinson patients the intestines work more slowly and that can already affect the microbial composition.”

How do you go about researching that exactly?

Professor Vandenbroucke: “We did a clinical study in which patients underwent a faecal transplant. This meant that Parkinson patients received faeces from healthy donors. In September it will be one year since the last test candidate received the transplant. Then we will be able to gather and analyse the data of all patients. Only then will we know whether the intestinal microbiome has changed, for how long and what particular effect this had. For example, did it affect the motor skills or sense of smell? These are all things we still need to investigate.”

Professor Santens: “It is a crucial study in so many ways. The study just had to be done.”

Why was it necessary?

Professor Santens: “Because huge amounts of data and clues are gathered in our research and these are not only interesting to us, they can also benefit research across the world. Although we were among the first to do an actual transplant, we are certainly not the only ones searching for an explanation for the link between the intestines and the brain.”

What results are you hoping for?

Professor Santens:“Of course, we are very keen to discover the effects of the transplant on the disease symptoms. We also hope to find an explanation for the fact that Parkinson’s patients have a different microbiome in their intestines. Has that been the case for a long time? Or does it change due to certain circumstances? You can imagine all kinds of things: the role of food, antibiotics, exposure to pesticides, tobacco, alcohol and so on. With the patients’ intestinal research we hope to get a better view and maybe then we will be able to detect Parkinson’s at an early stage.”

At present you can only detect Parkinson’s when it’s already too late?

Professor Santens: “Indeed. Even so, indications have already been found that the microbiome in the intestines changes years before the Parkinson’s diagnosis. If we can find out how to track this down more quickly with our research it will make me very happy.”

"The costs involved in such clinical research are gigantic. Without Ghent University’s Parkinson Research Fund we wouldn’t even be able to make a start.”
Professor Roosmarijn Vandenbroucke 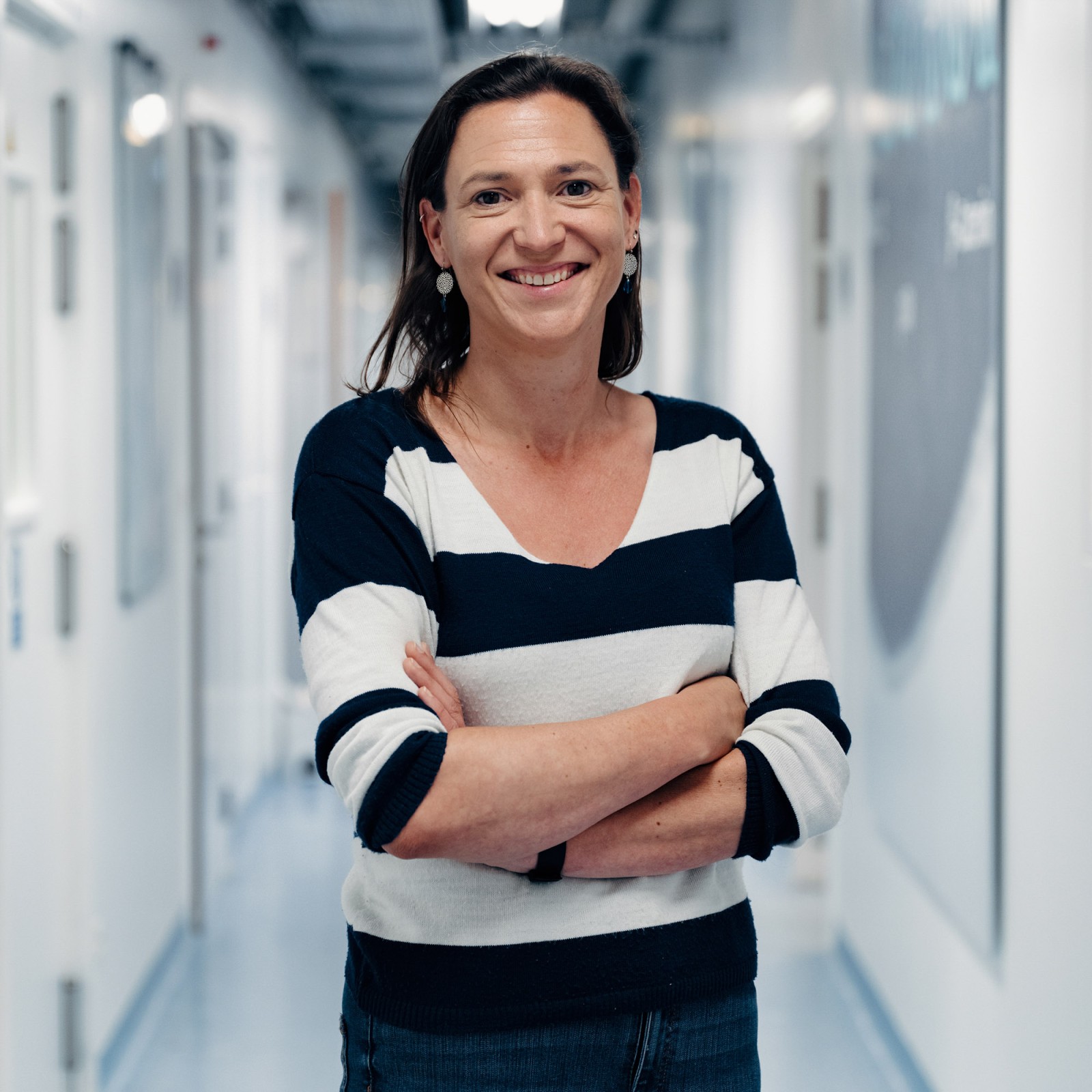 What is your next step?

Professor Vandenbroucke: “We hope to find a way to influence the intestinal microbiome and, in doing so, slow down the disease. A cure is sadly a bridge too far because people with Parkinson’s disease have lost nerve cells which you cannot simply replace. We also hope to find a biomarker, a way to make an early diagnosis.”

Is there now more focus on the disease, given the increasing number of cases?

Professor Santens: “It is still rather limited, and that is also clear in the limited resources we receive. The big money often goes to other domains, which naturally need support as well, but the share of resources that is dedicated to Parkinson’s is regrettably low. Even so, the disease has an enormous impact on our society.”

So your research can make a big difference to the lives of those people?

Professor Vandenbroucke:“We certainly hope so. The fact that Parkinson patients are very willing to cooperate in the research is naturally motivating. They are often very closely involved in the research and also help with fundraising, which is vitally important for our research.”

Would you be able to do the clinical research without Ghent University’s Parkinson Research Fund?

Professor Vandenbroucke: “No, the costs involved in such clinical research are gigantic. Every coloscopy that a patient must undergo to prepare for this kind of faecal transplant costs thousands of euros. Then you still need to count the analysis of those samples, their storage, the infrastructure, the researchers’ salary, …. Without Ghent University’s Parkinson Research Fund we wouldn’t even be able to make a start.”

Donate to the Parkinson Research Fund

Roosmarijn Vandenbroucke, professor in the department of Biomedical molecular biology in the Faculty of Sciences, group leader at the VIB Center for Inflammation Research. She enjoys clearing her head with a regular run and likes going out for nice meals.

Patrick Santens, professor at the Faculty of Medicine and Health Sciences and neurologist at Ghent University Hospital, specialised in movement disorders. He enjoys people watching in all kinds of situations.

Do your fingers turn white when the weather turns colder? It may be a pain, but it’s not (always) a cause for concern

Around one in every ten people suffers from fingers that turn completely white when exposed to cold weather. This condition is known as Raynaud’s phenomenon, and thankfully, it‘s (mostly) nothing to worry about.

Tapering off antidepressants no easy matter

1.22 million Belgians take antidepressants daily. That’s more than 1 out of every 10 people in the entire population. What’s remarkable is that many continue to take the pills for years. Tapering off is recommended, but hardly any research has been done into how one best goes about it. General practitioner and clinical pharmacologist Ellen Van Leeuwen thinks there is an urgent need to invest in helping people discontinue the use of antidepressants.